An Irish man has been left feeling shortchanged by the courts, after a driver who left him permanently disabled in a car accident received a €1,000 fine and points off her licence as penalty.

On September 16, 2017, while on holiday in Malta, Declan Treanor and Claire Fastner had just booked a boat trip to Comino from the Strand in Sliema and popped into a cafe across the road for coffee. As they were crossing back to wait at the ferry stand, a car struck Declan, sending him hurtling through the air, where he landed on the hard tarmac.

The couple had been crossing on a zebra crossing and were walking out in front of a car that had stopped to let them pass in the third lane when Declan stepped into the fourth lane and was hit.

The collision left Declan grievously injured and in a coma for eight weeks.

“I could only see his face and he looked shocked, that’s what I remember,” Claire told Times of Malta. 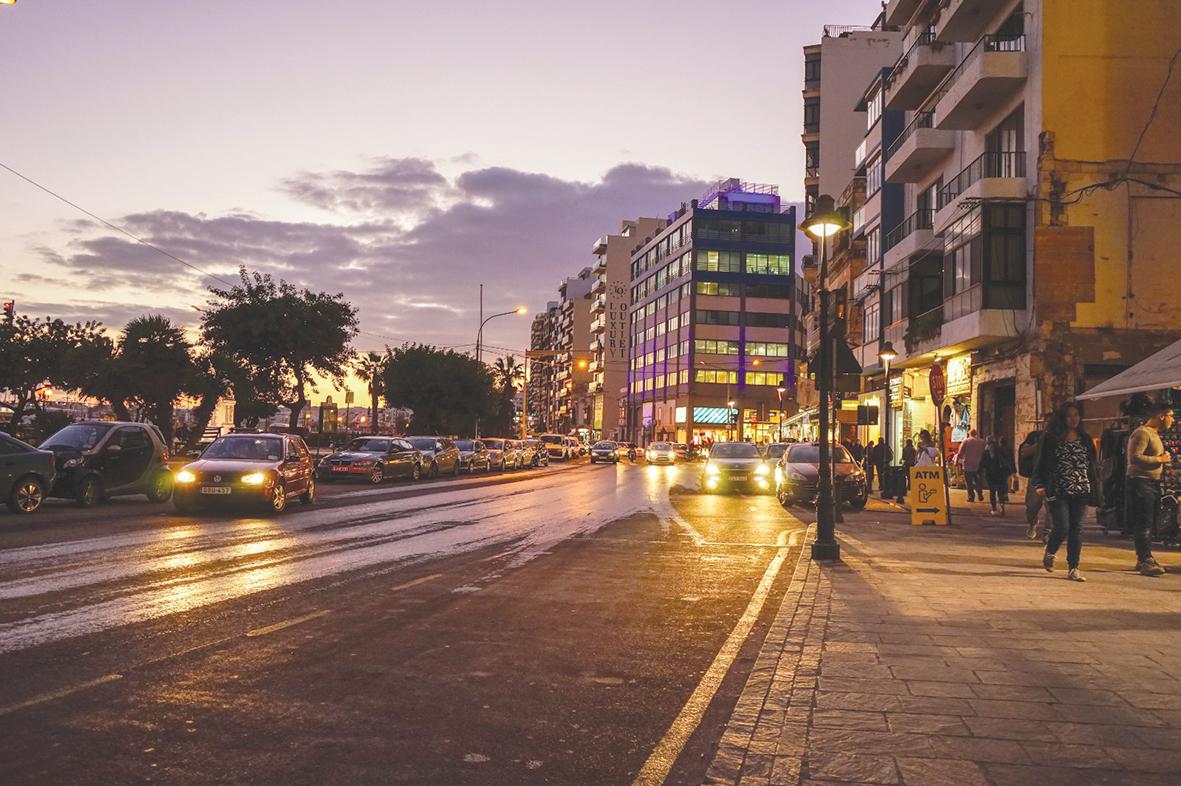 The accident happened on The Strand in Sliema. Photo: Shutterstock.com

“He was hit on the shoulder and thrown into the street. It was a massive accident and when I saw him on the ground I knew it was a matter of life or death. It was a much more tragic accident than I initially thought.”

After waking up, Declan spent a further year-and-a-half receiving in-patient care at a specialised rehabilitation facility in Germany.

From running marathons and biking across the vast Bavarian countryside, Declan now requires a wheelchair and a cane to move around. While his condition has improved over the years, the chances of him regaining the level of mobility and fitness that he once prized are slim.

It’s important that somebody shows empathy and apologises and accepts his guilt, and that wasn’t present- Claire Fastner

While cognitively, Declan was lucky to be mostly unscathed – he is still able to work in his profession as a software engineer – he has nonetheless suffered setbacks as a consequence of the collision. His speech is slurred and is very often unable to make himself understood and now suffers from double vision.

“What we lost is quality of life,” Claire continued.

“Declan can’t walk very far or very well. He can’t walk at all without a cane and he’s lucky to be able to walk around the house without falling three times.”

“Essentially, he cannot go anywhere without me, he can’t use his left arm, and he suffers from double vision. Five years after the accident and he cannot drive a car.”  Declan said that while the driver of the car that hit him was handed a guilty verdict, he didn’t think that the penalty suited the disruption that the accident had caused in his life.

“She received the guilty verdict, and she received a fine of €1,000 and some points off her licence, which mean nothing to me,” the 40-year-old said.

“I just think that in an accident where a person is disabled that is too little a punishment.”

“During the trial, I was sitting not far from that person and at the end of the trial I smiled at her as she was leaving the courtroom and she looked at me as if I had just created a big fuss over nothing.”

“I don’t think that was just,” Declan said.

While we are not out for revenge, we would have liked the Maltese courts to take a harsher stand on people who drive irresponsibly and permanently impact somebody’s life

The couple have received compensation through an agreement with their insurance provider, and Claire said that while they were not out for revenge against the driver, they would have liked the Maltese courts to take a harsher stand on people who drive irresponsibly and permanently impact somebody’s life.

“I don’t want to necessarily see her go to prison,” Claire said.

“But I think it’s important that somebody shows empathy and apologises and accepts his guilt, and that wasn’t present.”

“It seems to me that the person might go out and do it to somebody else because the person doesn’t feel that what she did was wrong.”

“That’s where Malta should punish drivers who seriously harm people more severely because it has its consequences. Because if you don’t punish people who don’t obey the rules of the road it can happen again.”