Maltese researchers are studying the use of land and aerial drones to potentially reduce the use of fertiliser and pesticide by 15 per cent and achieve a better crop yield, Times of Malta has learnt.

Using drones in agriculture can save farmers a lot of manual work and help them be more precise with irrigation water, local researcher Steve Zerafa said.

Drones can also improve crop produce by at least 10 per cent.

Zerafa, an academic and researcher, has been working with drone images and data for the past five years and now uses both land and aerial drones which he and his team have built.

He says he is eager to see how commercial land drones will assist farmers by automating some mandane everyday tasks.

“We are at the dawn of this technology,” he said.

Zerafa is collaborating with the Agriculture, Fisheries and Animal Rights Ministry, Ambjent Malta and local wine producer Marsovin who are supporting the various research initiatives.

Although most industries acknowledge the great advantages and the vast potential drone technology offers, most fail to see how drones can be beneficial to them in their work and how much time they can save, Zerafa explained.

“Of course, one cannot ignore the various challenges when using drone technology, for instance the logistics involved in flying the drone, the geographic limitations and the overall high price one has to pay for the drone, the camera and the software,” he said.

Conscious of these challenges, the team is aiming to introduce drone technology to the viticulture sector and eventually, expanding it to other crops.

If successful, the results can be replicated and used daily to avoid crop losses worth thousands of euros.

The team recently invested in, built and deployed a number of drones to conduct different tests.

They also designed and built a private antenna to precisely pinpoint the drone’s location up to a sub-centimetre level. Anyone using high-tech drones or surveying positioning equipment on the Maltese islands can use the antenna at no charge, he said.

One of the tests involves the use of a multispectral camera equipped with an infrared sensor to track and measure the vine growth. It can also digitally document development and its stress levels across seasons.

Another intriguing experiment is using photos to detect diseases and fungi early on to allow enough time for action to be taken.

Zerafa said that if successful, the results can be replicated and used daily to avoid crop losses worth thousands of euros.

Other tests involve the use of the Agras MG-1p aerial drone, a cutting-edge, readily available commercial drone owned by the agriculture ministry and capable of transporting tens of kilogrammes of liquid.

Zerafa said the funding for this research and technology trials exceeds €300,000. It was generated through various programmes, including CIXT and Pixbrush, two research projects which were funded by the Malta Council for Science and Technology.

Victor, a land drone, was funded by the TAKEOFF Business incubator. 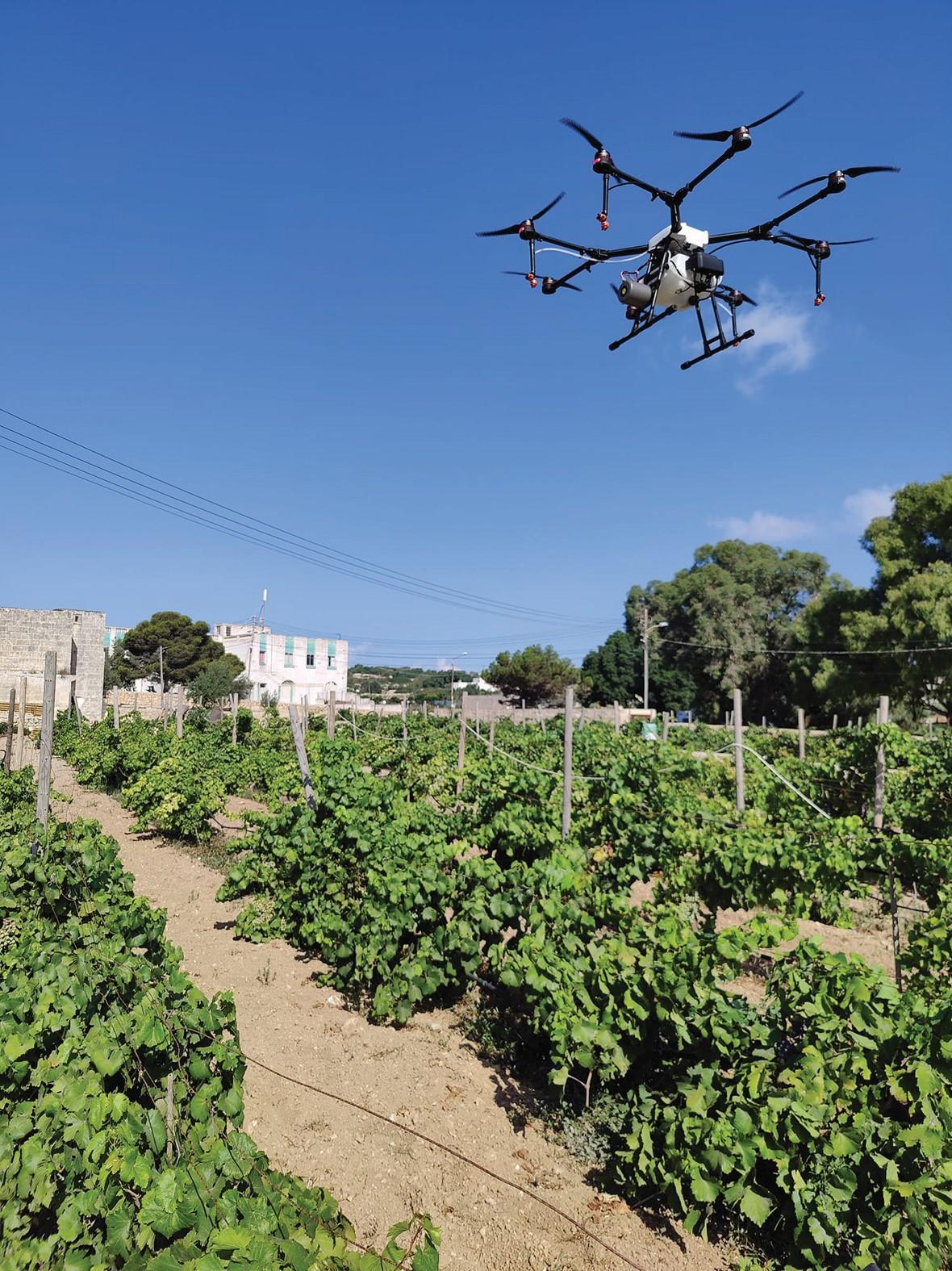