Dozens gathered outside the Maltese embassy in London on Saturday calling for the Maltese authorities to drop charges against the 'ElHiblu3' and to stop coordinating illegal pushbacks.

Holding up signs calling ‘Malta End your Pushbacks of Asylum Seekers’ and ‘Defend the Right to Asylum’, around 200 attended the protest which formed part of a larger demonstration led by Amnesty International on protecting asylum rights. 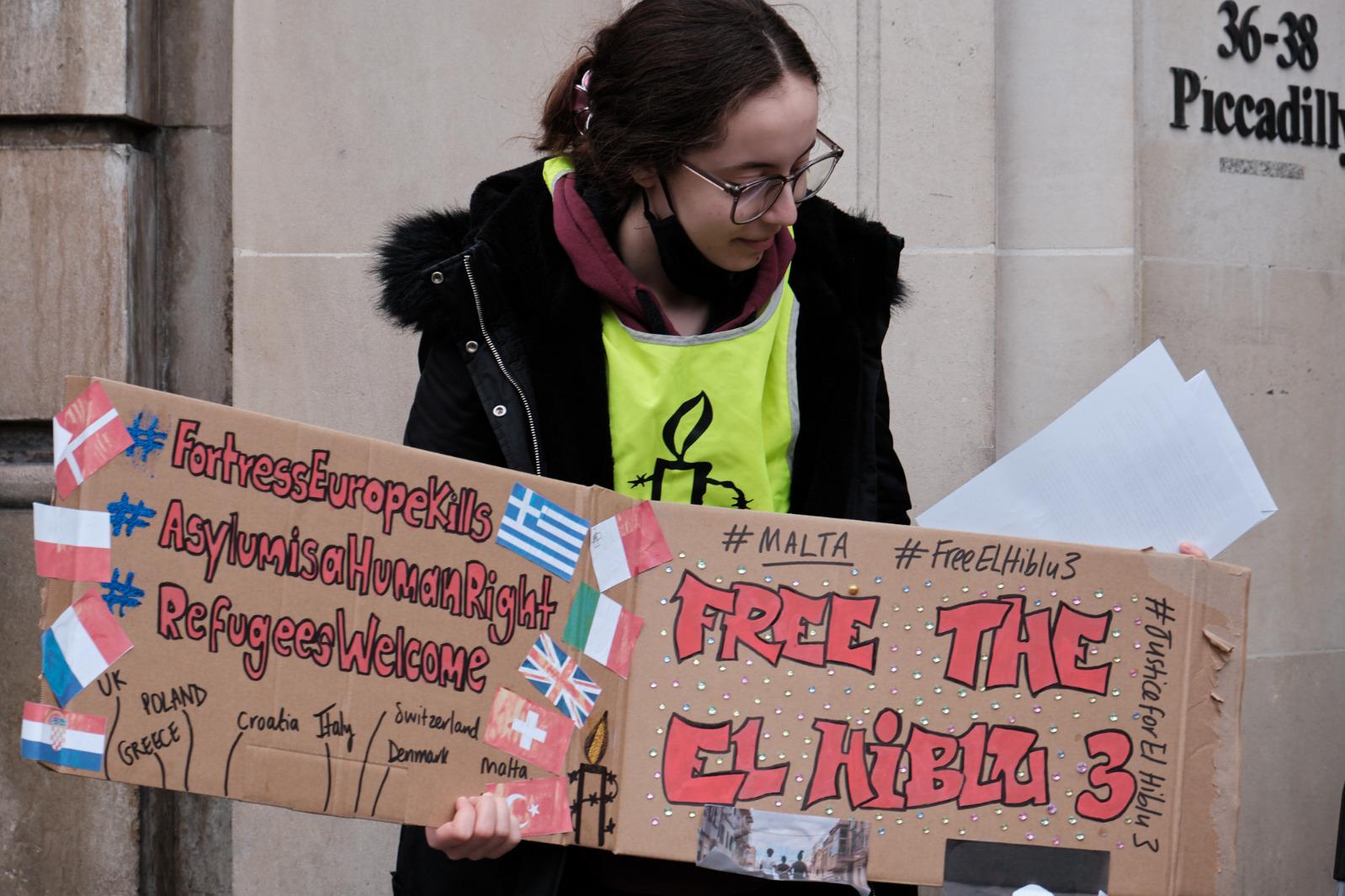 The ElHiblu3 refers to the widely publicised case of three young men who could face 30 years in prison in Malta for translating and mediating between the captain of the ship and the rescued group, in order to prevent an illegal pushback to Libya.

The case dates back to March 2019, when the merchant vessel ElHiblu rescued around 100 people from a rubber boat. ElHiblu was instructed to take the people back to Libya, an unsafe port, but on March 28, the vessel entered Malta.

Following reports that migrants had seized control of the vessel and forced it to head to Europe, the Armed Forces of Malta boarded the ship as it approached local waters.

Speaking at the protest, event campaigner Rovena Tanazi explained that had the three men not intervened to prevent the pushback the group would have been sent back to Libya where they would have faced stark human rights abuses.

“At no point did the rescued people get violent, attempt to injure anyone or hijack the boat or damage the boat or anyone on board, nor is there any evidence of this. However, the Maltese authorities are persistent in criminalising the men on these grounds,” she said.

She called for the Maltese authorities to drop the case against the men. 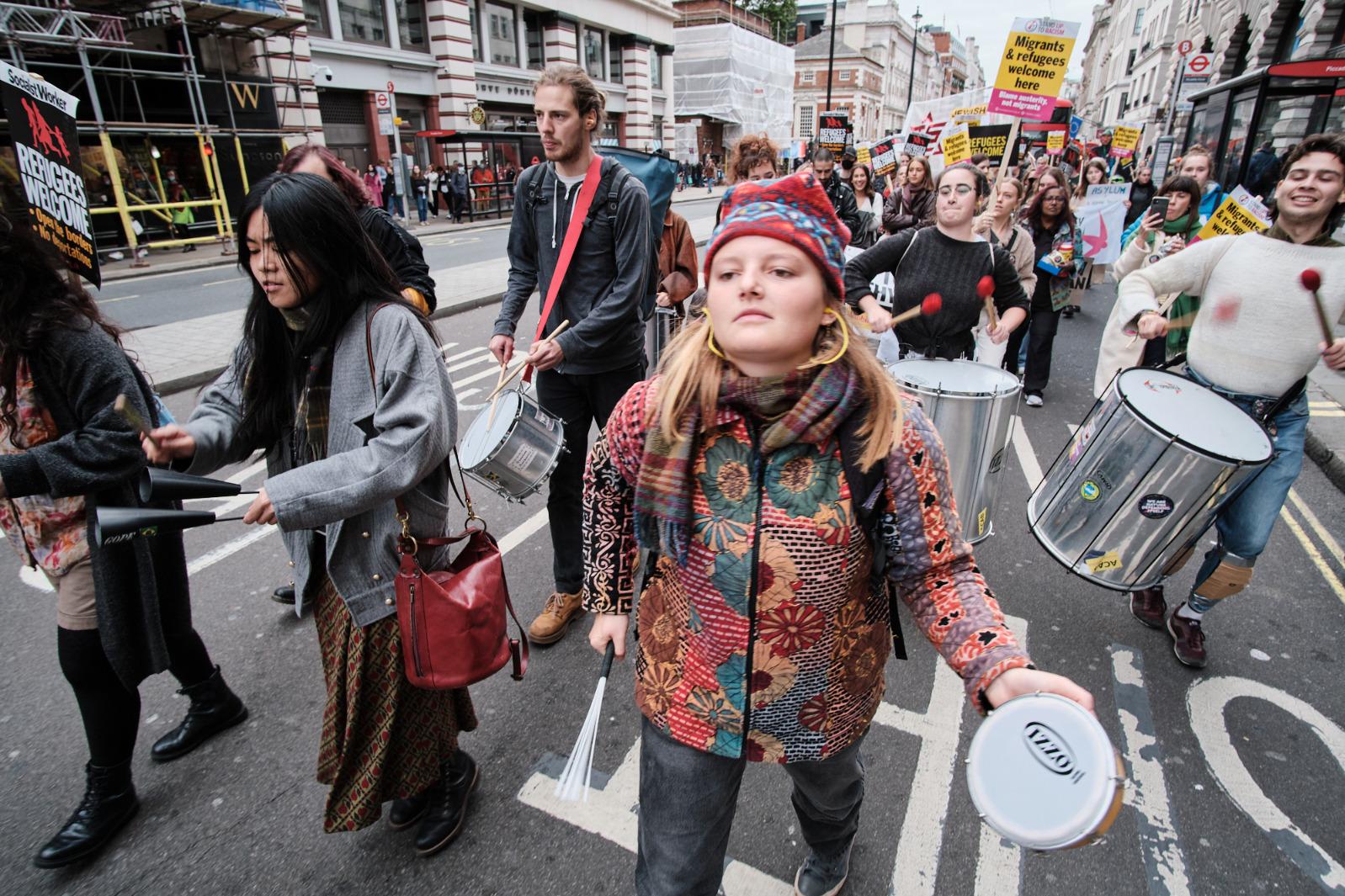 The protesters also moved to the Italian embassy, calling on the Italian authorities to stop coordinating illegal pushbacks with the Libyan Coastguard and to end the criminalising of search and rescue teams.

Speakers drew on an Amnesty International report which highlighted that during the first half of 2021, more than 7,000 people intercepted at sea were forcibly returned to Libyan detention camps where they faced torture, rape and other inhumane conditions.

No to the new Nationality and Borders Bill

The demonstration ended in front of the UK Home Office where protesters called for the plug to be pulled on the New Nationality and Borders Bill, which they are arguing, will make it harder for people to establish their refugee status and entitlement to asylum.

While the primary scope behind the Bill is to provide better protection for refugees and survivors of modern slavery, they said far from achieving this goal, the provisions of this Bill limit access to protection and reduce the quality of protection for the people who still manage to secure it.