Drug arraignments continued to drop in 2020, however, the number of drug-related emergencies has doubled over five years.

According to data published by the government on Wednesday, there were 516 drug users who received emergency treatment in 2020, compared to 247 users in 2016. 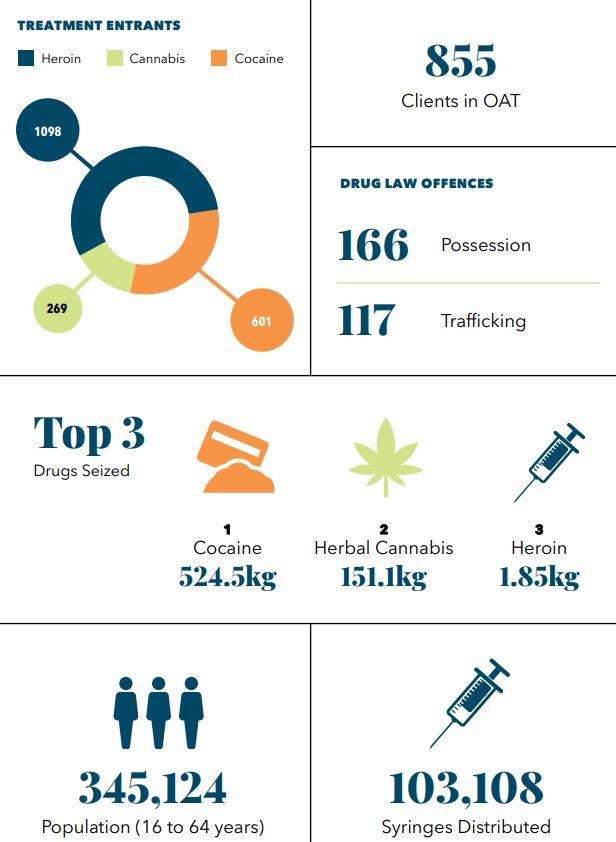 The number of drug trafficking arraignments remained similar over the past five years: 117 in 2020, compared to 148 in 2016.

The figures, published in the annual Drug Situation and Responses in Malta, show that while most patients treated by emergency medics were cocaine users, most arraignments were linked to cannabis.

Manuel Gellel, who manages the National Coordinating Unit for Drugs and Alcohol, told Times of Malta the drop in arraignments could have been brought about by COVID pandemic restrictions, while, as of 2015, most possession cases were being dealt with by a tribunal, rather than by the criminal courts.

Still, the number of tribunal cases has also seen a drop: from 790 cases in 2016 to 291 cases in 2020. Over these five years, most tribunal cases were linked to cannabis grass, while two-thirds of those appearing before the tribunal were Maltese.

Addressing the media at the launch of the annual report, Gellel also expressed gratitude at the accessibility to health and rehabilitation services provided to drug users despite the pandemic. 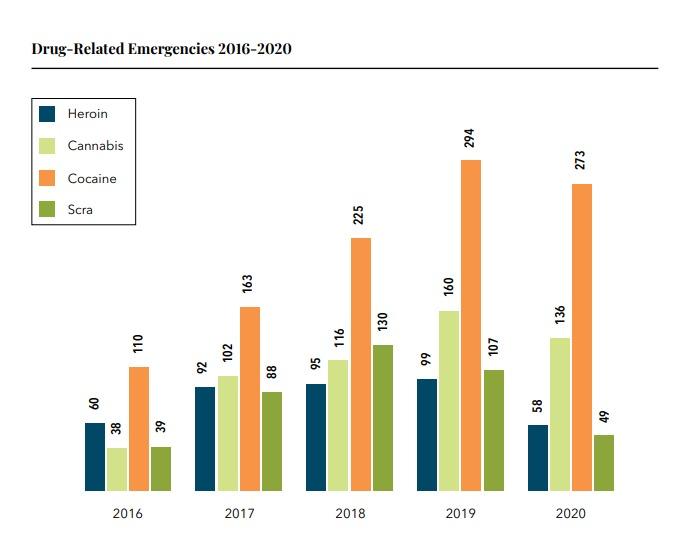 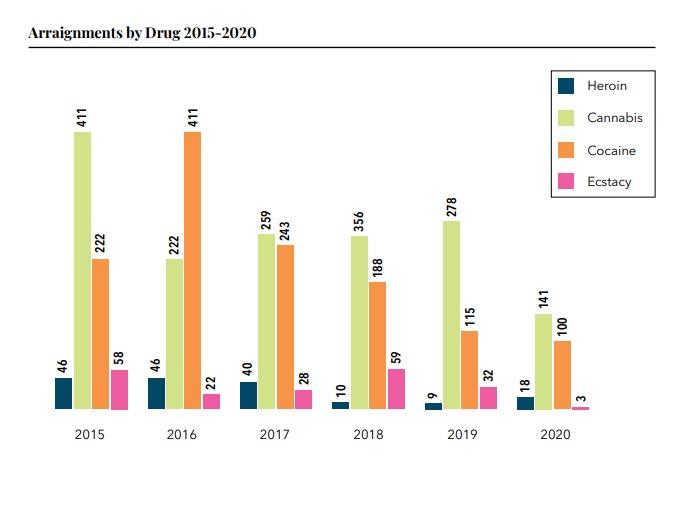 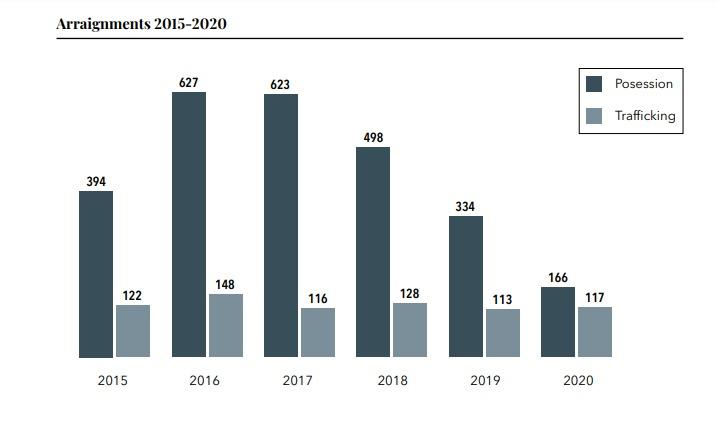 Drop in people treated for heroin use

He noted a substantial drop in the number of people treated for heroin use, considered the most problematic drug. While in 2015, 71% of users flagged heroin as their main drug, 55% did so in 2020.

The drop is corroborated by an estimate of the number of heroin users across Malta, which more than halved between 2015 and 2020 - the number of people who make use of heroin dropped from six per 1,000 to 2.6 per 1,000.

But despite a drop in heroin, the number of people receiving treatment for using cocaine for the first time in their lives increased from 36% in 2015 to 52% in 2020, according to data collected from service providers Caritas, Sedqa, OASI and Mount Carmel Hospital.

Addressing the same launch, Solidarity Minister Michael Falzon noted that the COVID pandemic might have forced more people to use drugs indoors, and this could also explain a drop in drug possession arraignments.

Away from the numbers, he said stakeholders needed to understand better what reality drug users were trying to escape from when they abused substances.

“We need to be there for drug users, and rather than judge them and consider them as second-class citizens, we should reach out to them,” he said.

The minister urged society to acknowledge there were drug users in Malta while ensuring they were provided with services that help them reintegrate within society.

“Ultimately, we all form part of the same society, and we are as strong as the weakest link. We cannot turn a blind eye, but we should rise to the challenge and make a change for the better.”

30% (601 individuals) of all people in treatment reported cocaine as the drug that creates the most problems for them – up from 15% in 2015.

30% and 32% of treatment service users originated from the northern harbour and the southern harbour respectively.