Computational analysis of large datasets is becoming increasingly important in many areas of scientific research. This is particularly true in molecular biology, where we study the molecular underpinnings of life. Here, research is broadly classified as ‘wet-lab’ or ‘dry-lab’ depending on its nature.

A ‘wet-lab’ is a traditional experimental laboratory in which scientific research is carried out using chemicals and biological samples (including patient material). These substances or materials require special handling by trained professionals, using sensitive equipment. Such experiments allow us to study some phenomenon, to try and understand or explain what we observe.

A ‘dry-lab’ is a laboratory where real-world phenomena are studied and analysed using computational, statistical and mathematical techniques. Scientists here build computer models to simulate the occurrence under investigation. The data used to construct these models is usually sourced from wet-lab experiments. 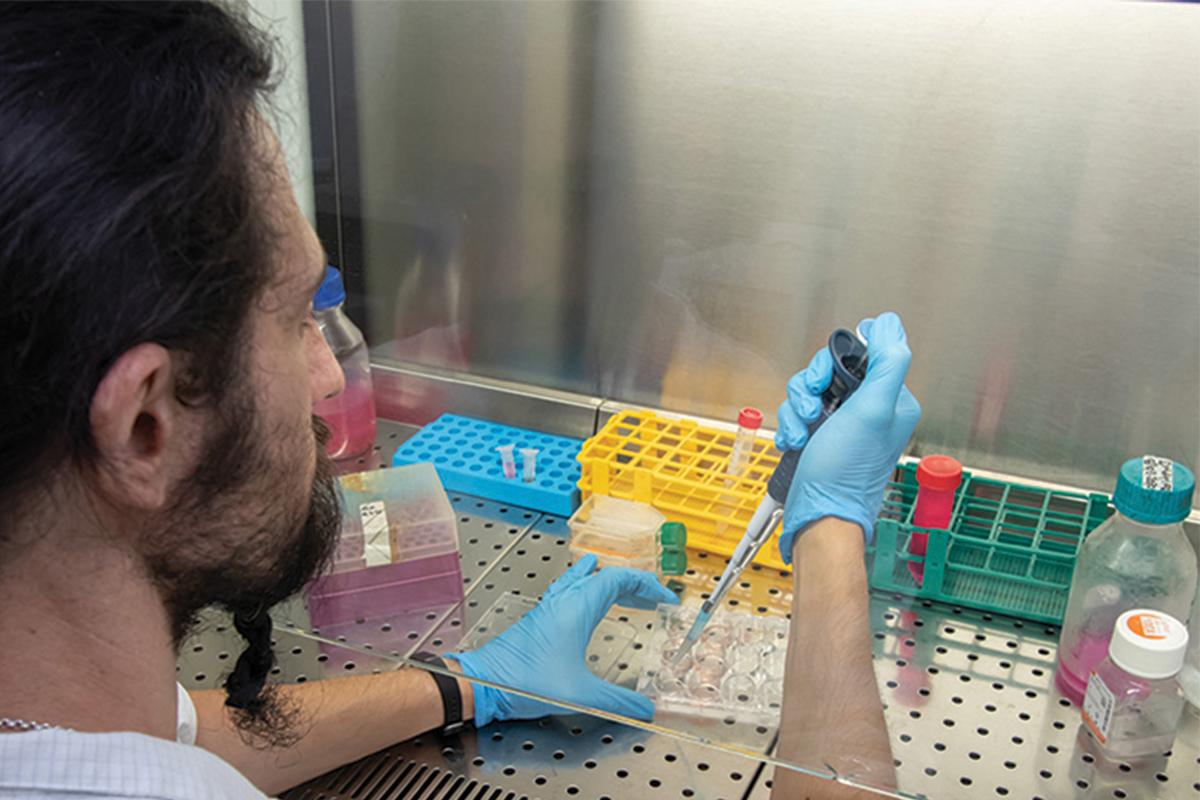 Researchers in wet and dry-labs work in unison to further scientific discovery. For example, computational scientists in a dry-lab identify a handful of promising drugs from a database of millions of molecules. These selected molecules are then physically tested in a wet-lab and the computational results are confirmed or refuted. Molecules which are confirmed with a wet-lab experiment are used to refine further computational searches. More targeted lists of potential drugs for experimental verification are generated in an iterative, cyclic process.

Despite the recent drive to push experiments from in vivo (in living organisms), to in vitro (in a test tube), to in silico (in a silicon chip or computer) to reduce time and cost, it is not possible to conduct proper scientific research without integrating wet and dry approaches.

Researchers in wet-labs and dry-labs have different backgrounds and training. Dry-lab scientists generally have a background in mathematics and computer programming. Wet-lab researchers typically have backgrounds in more traditional sciences and laboratory techniques.

Nowadays, the interdisciplinary nature of modern research requires a researcher to have skills in both areas. Students are particularly encouraged to train in both wet- and dry-lab techniques to gain a feeling and understanding of what interests them most.

• Tiny insects called aphids are “essentially born pregnant”, says Ed Spevak, curator of invertebrates at the St Louis Zoo.  Aphids reproduce asexually, producing “miniature replicas of themselves,” Spevak adds.  When that happens, a newly-hatched female has eggs already growing inside of her.  Aphids will also use sexual reproduction when their environment ‒ say, the weather ‒ becomes unpredictable. This ensures offspring are more genetically diverse, and thus healthier and more resilient.

• A team of scientists studying the origin of SARS-CoV-2, the virus that has caused the COVID-19 pandemic, found that it was especially well-suited to jump from animals to humans by shapeshifting as it gained the ability to infect human cells.  Conducting a genetic analysis, researchers from Duke University, Los Alamos National Laboratory, the University of Texas at El Paso and New York University confirmed that the closest relative of the virus was a coronavirus that infects bats. But that virus’s ability to infect humans was gained through exchanging a critical gene fragment from a coronavirus that infects a scaly mammal called a pangolin, which made it possible for the virus to infect humans.

• According to Guinness, Guinness is not black but dark red.

• The scientific name for the “Plains bison” is “Bison bison bison”.

• The WHO estimates that one million healthy life years are lost in Western Europe every year due to noise pollution.

• Europe’s highest railway station is underground (it is found in the Swiss Alps).

• Nihonium, number 113 in the periodic table, was created in the lab by firing atoms into each other. The team were successful just three times in over four trillion attempts.