The new Ducati Multistrada V4 has arrived, aiming to offer an all-round riding experience that’s just as capable off-road as it is on it.

The fourth-generation model is said to perform better while being easier to ride, as well as being more robust but lighter than its predecessor.

It is powered by a 1.2-litre V4 Granturismo engine making 168bhp and 125Nm of torque, and gets rider aids developed by the firm’s MotoGP race team, which Ducati says gives the bike a sporty character. 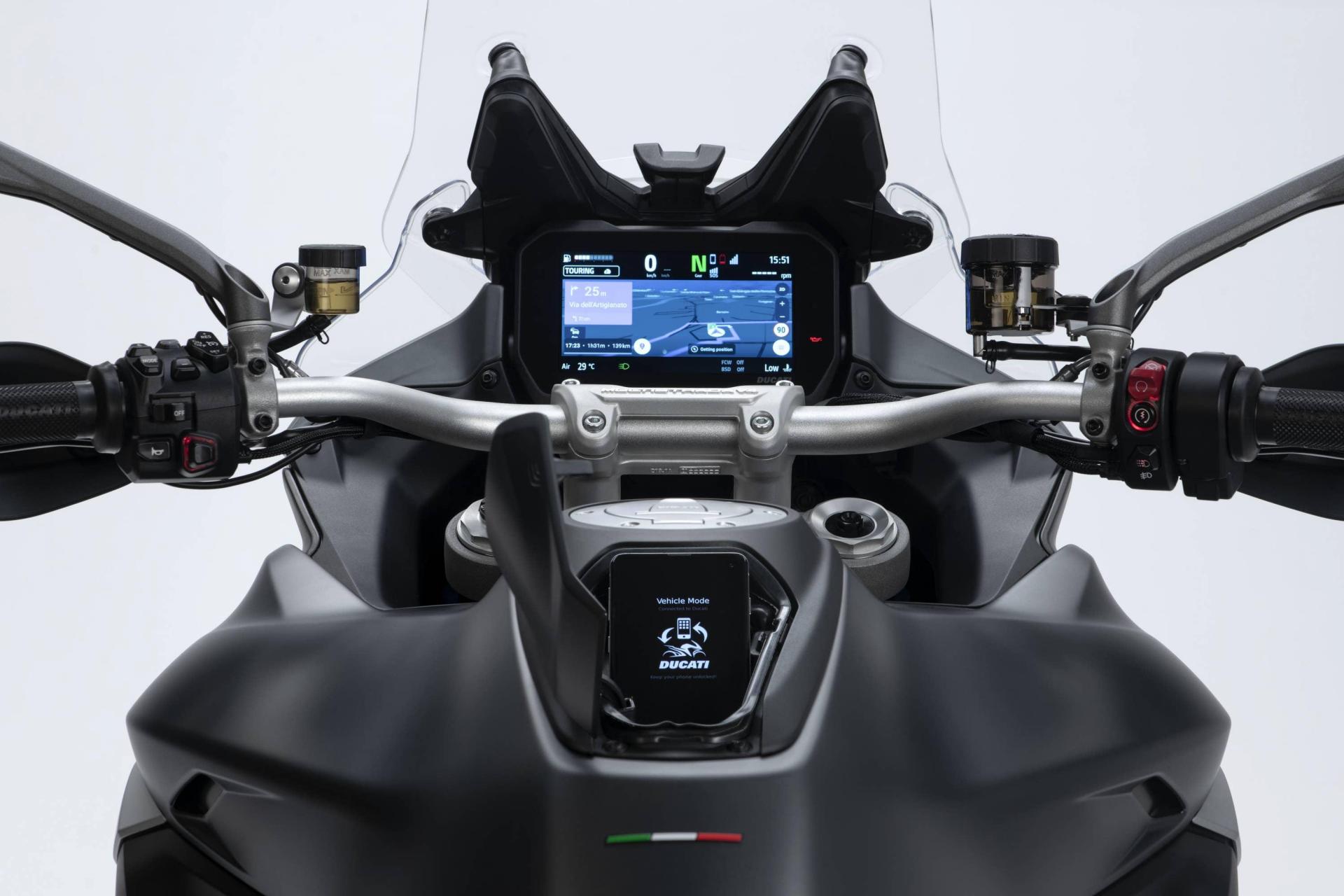 Its ‘enduro’ nature comes from updates that will make it better off road, including electronic suspension and a smooth power delivery.

As for the styling, Ducati says its engineers worked on making the bodywork compact within the wheelbase. It contains a 22-litre fuel tank up front, and a slim rear that makes it easier for the rider to stand while travelling off-road.

It has impressive safety technology included too, such as adaptive cruise control and blind-spot detection.

There are three trim levels, with the entry model coming in red with the standard engine and 215kg weight configuration. Next up is the V4 S, which is also available in ‘Aviator Grey’ and can be ordered with alloy or spoked wheels, as well as various equipment packages to make it better suited to a variety of different uses. Finally, the V4 S Sport gets a new livery with a performance package and a performance Akrapovic exhaust.