Dutch Prime Minister Mark Rutte condemned "criminal violence" on Monday after protesters against a coronavirus curfew went on the rampage in several cities.

Police arrested around 250 people after using water cannon and tear gas during demonstrations in Amsterdam, Eindhoven and other towns on Sunday, local media said.

"It's unacceptable. All normal people will regard this with horror," Rutte told reporters.

"What motivated these people has nothing to do with protesting, it's criminal violence and we will treat it as such."

Police used water cannon and dogs in the capital Amsterdam against protesters who gathered near the famed Van Gogh museum. 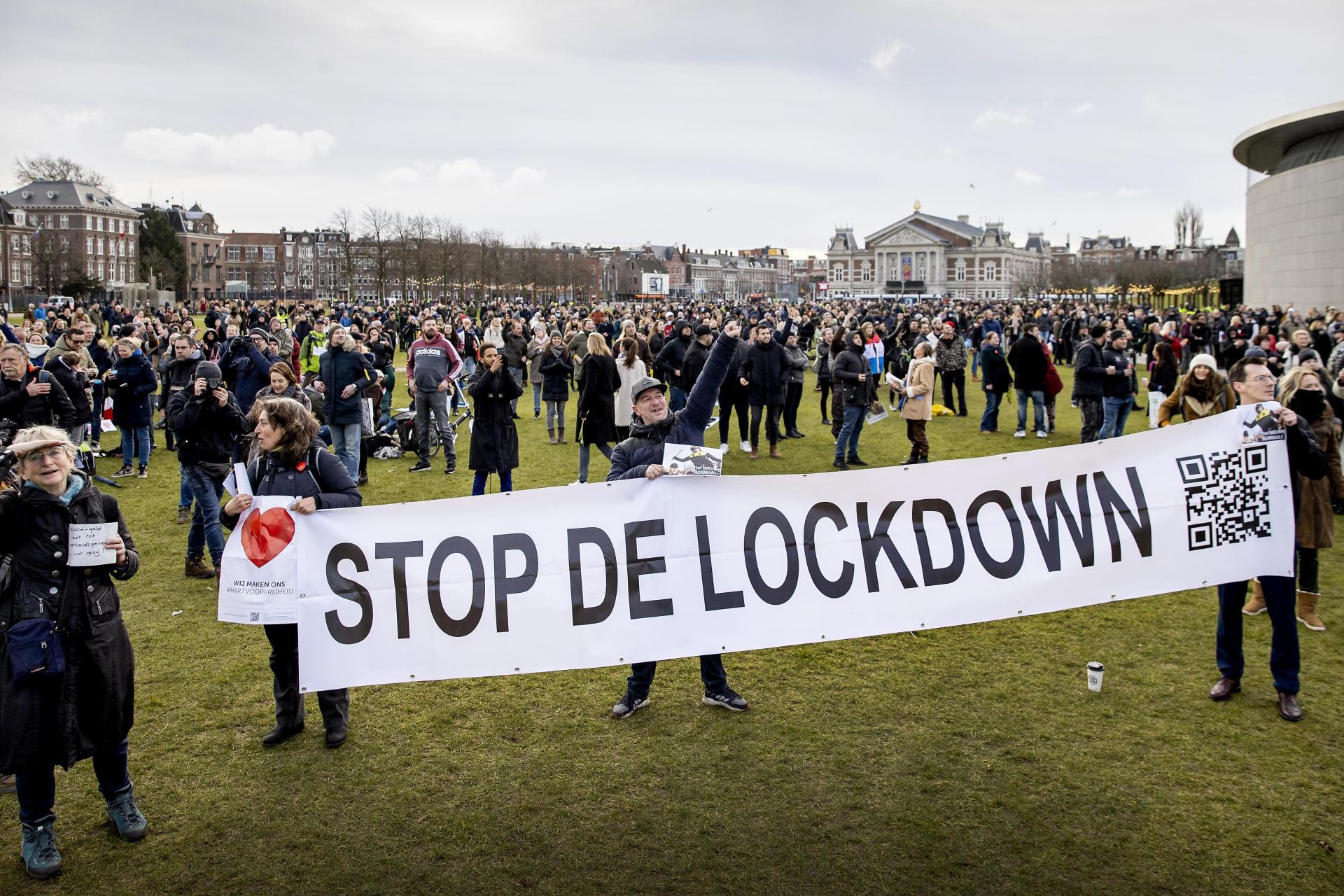 People gather at Amsterdam's Museumplein during a portest against the lockdown on January 24. Photo: AFP

In a larger protest in the southern city of Eindhoven, police fired tear gas to disperse a crowd of several hundred. Businesses were looted at Eindhoven's central train station, where a car was torched.

Eindhoven mayor John Jorritsma likened the situation to "civil war" and called for the army to be sent in.

Rutte condemned the "idiots" who pelted a hospital in the town of Enschede with stones.

A Covid-19 testing centre was set on fire Saturday evening in the village of Urk in the staunchly Protestant "Bible Belt" in the north of the Netherlands.

Exemptions are allowed for example for people having to work, attend funerals or walk their dogs, on condition that they present a certificate.

The Netherlands was already under its toughest measures since the start of the pandemic, with bars and restaurants having closed in October, and schools and non-essential shops shut since December.

Parliament approved the curfew last week, after insisting it should start half an hour later than originally planned, despite criticism from some lawmakers.