Electric foot scooters are becoming increasingly popular, offering nippy transport for short trips, but they are not legal for public use on the roads unless they are registered and insured, insurers have warned.

The scooters – which cost a few hundred euros – have caught on especially among foreigners who do not purchase a car when they come to work in Malta and who travel only a few kilometres to their workplace.

The models vary in size and weight but they can usually do around 20km on one charge. Weighing between 7kg and 10kg, they can be carried up the stairs or in a lift, for charging at home.

In spite of their proliferation, there is no evidence that either the police, community officers or Transport Malta enforcement officers are enforcing the relevant law, a briefing paper for the insurance industry has said.

Since the foot scooters are motorised they require registration with the transport authority against an administration fee of €11.65.

However, a legal notice says that go-peds – which are very similar to foot scooters – cannot be ridden on a road, footpath or promenade, basically restricting them to private property.

The Malta Insurance Association laid out two options: enforce the law as it is or change it to allow go-peds and foot scooters to be used on the road.

This would mean they would have to be issued with registration plates, which would identify the owner and vehicle and ensure there is valid insurance cover renewed annually. The association also recommended that riders have to be aged 18 or over.

“Clearly therefore, persons riding go-peds on our roads are in breach of the law as they are intended to only be used in private areas,” the document makes clear.

Sources familiar with the retail sector said hundreds had been sold by each of the handful of providers – who leave it up to their clients to know what the law says.

“But I always recommend that they buy a proper helmet,” one provider told Times of Malta.

One said the government should seriously consider changing the law as the scooters were a very effective alternative to cars.

“The government has offered grants to pedelecs but these are more than twice the price and much heavier. Ideally, the grant would be extended to the scooters,” he noted.

“They are so light that I know of people who leave them in their car boot and get them out to use around Valletta or Sliema,” he added.

“It is just lack of foresight to allow the importation of these scooters but not to set up the framework in which they can be used!” 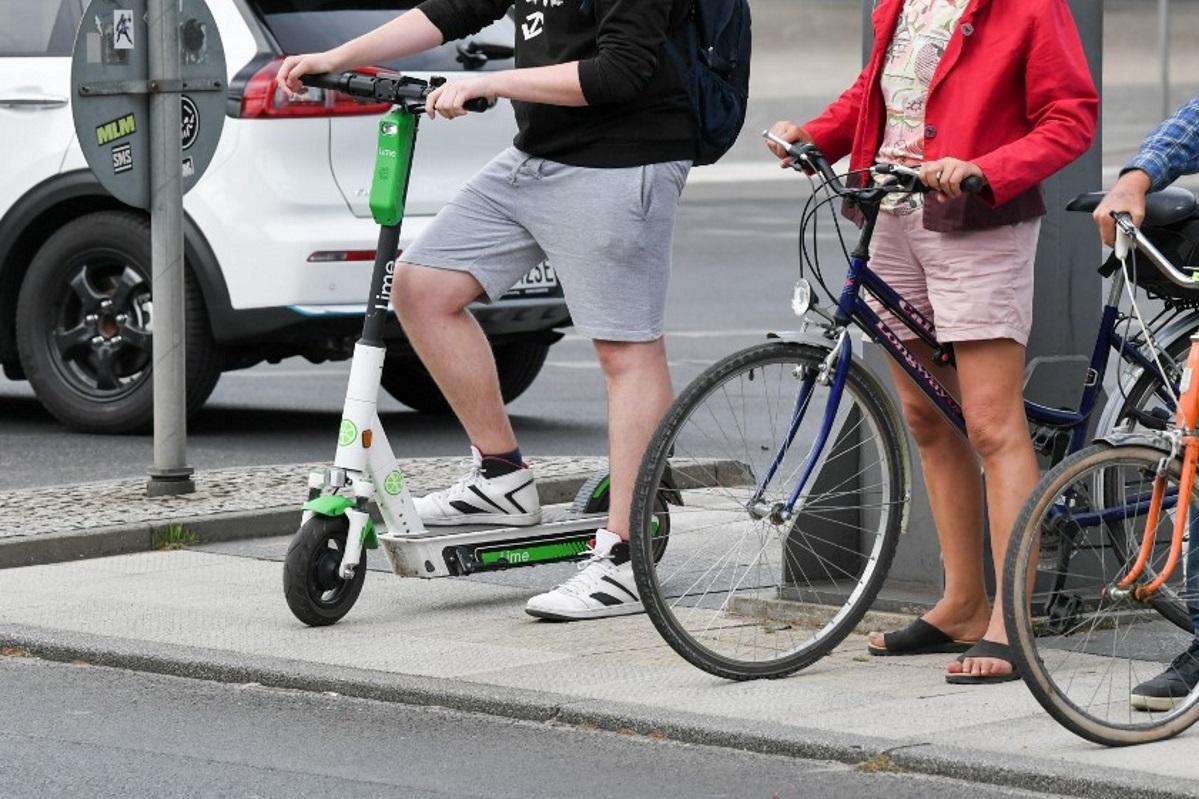 Foot scooters have to registered, according to the relevant law. File photo: AFP

‘Go-ped’ means a motorised scooter with a small combustion engine or electric motor, having a maximum speed of 32km per hour, small non-pneumatic tyres with an average dimension of 6.25cm x 15cm, with two or four wheels, without a saddle for the driver, and a gross weight not exceeding 15kg.

What is a foot scooter?

A motorised foot scooter means a device with no more than two 25-centimetre or smaller diameter wheels that has handlebars, is designed to either stand or sit on, and is powered by an engine or motor capable of propelling the scooter, with a travelling speed of not more than six kilometres per hour.

Any power-assisted cycle whose electric motor has an output of more than 250 watts used must be registered with the transport authority and have third-party risk insurance.

Where can I ride them?

A speed limit of 6km per hour is imposed on the use of foot scooters on a footpath, promenade or within a pedestrian zone.

Go-peds, on the other hand, cannot be used on roads, footpaths or even promenades, with their use restricted to off-road and in private enclosed areas.