This feature will not really deal with the earliest street decorations in Malta, as records show public spaces being temporarily embellished very long before the advent of photography. I limit myself to the display of ephemeral ornamentation of roads and squares since 1900.

Generally, these decorations appear seasonally, like for religious festas, or occasionally, like in the celebration of unusual social or political events such as royal visits, coronations, jubilees. 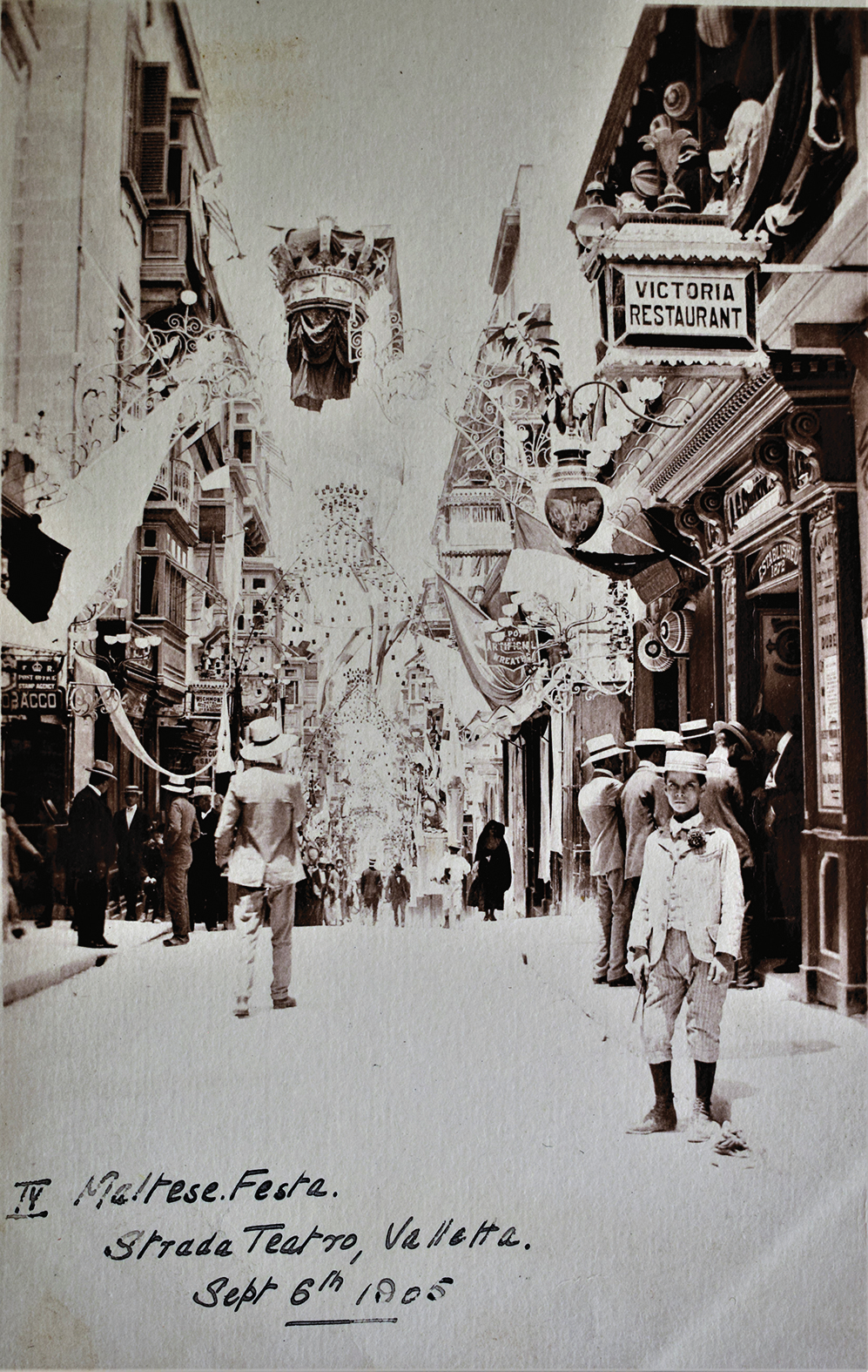 In modern times, they can become an adjunct to commercialisation, take Christmas street decorations, meant to coax shoppers into parting with their monies, all in the delusion of signing up to the ‘Christmas spirit’.

‘The Ferries’ in Sliema, decorated for a religious festa in the 1910s. 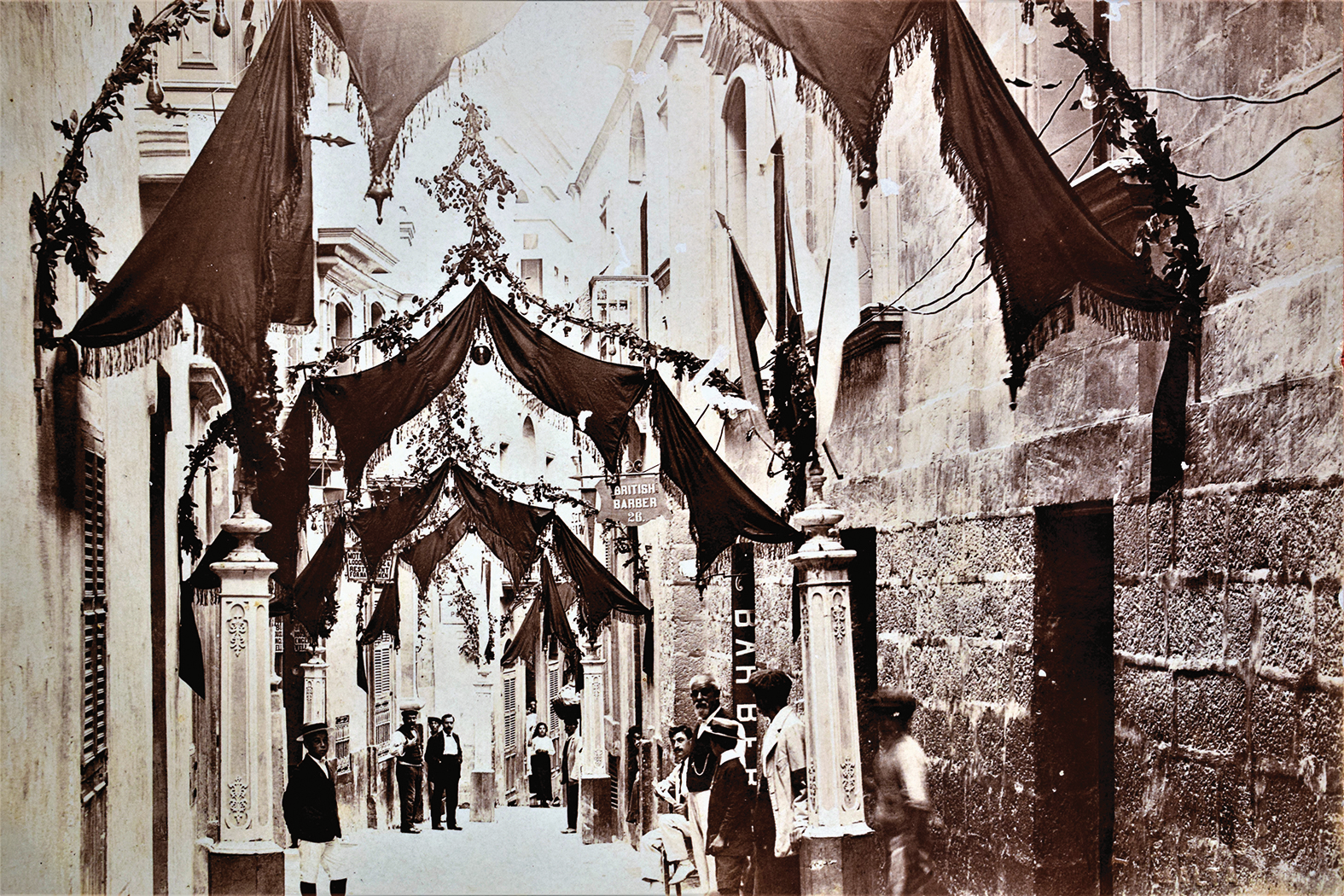 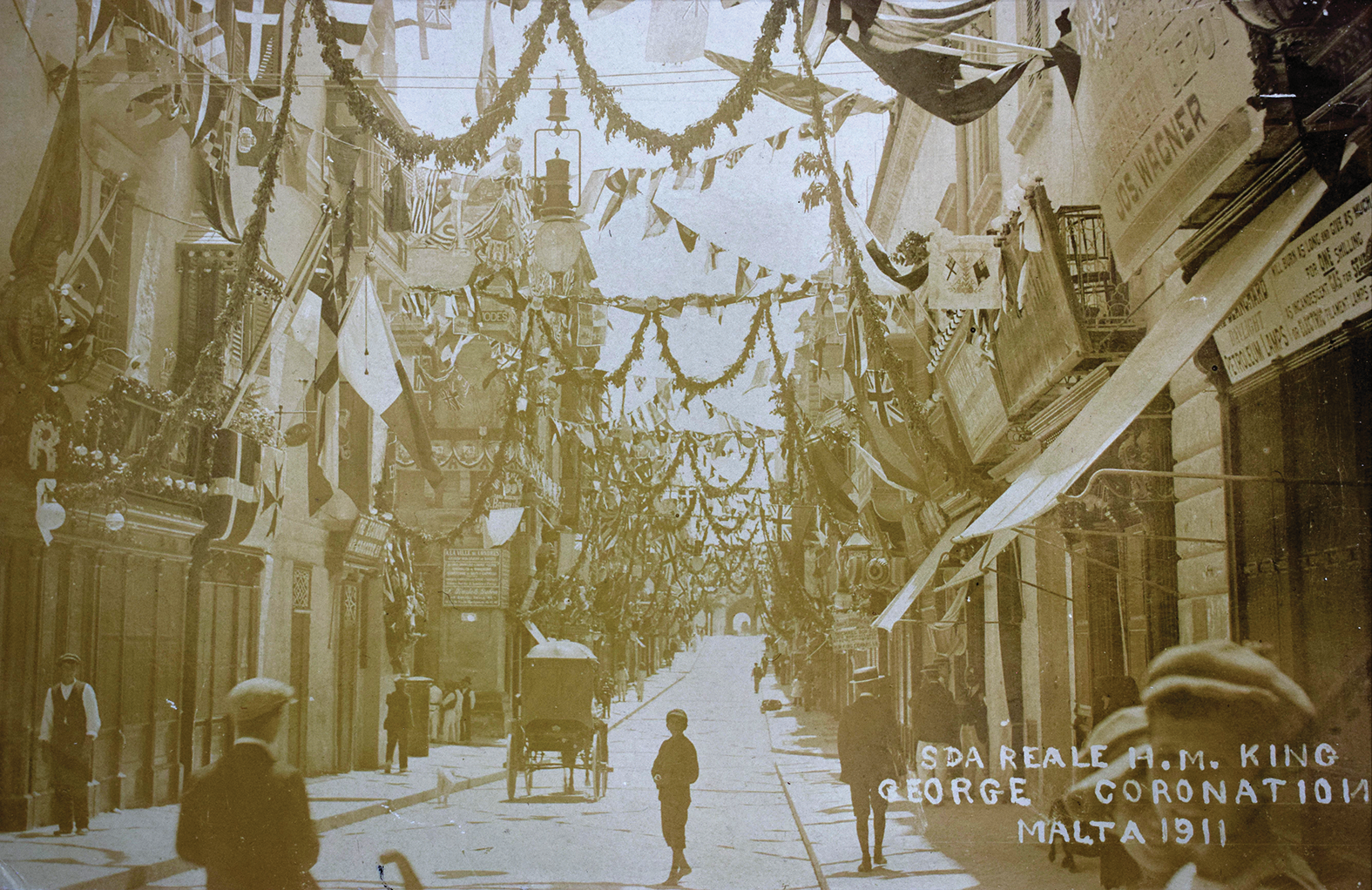 Strada Reale, Valletta, decorated for the Coronation of King George V in 1911. 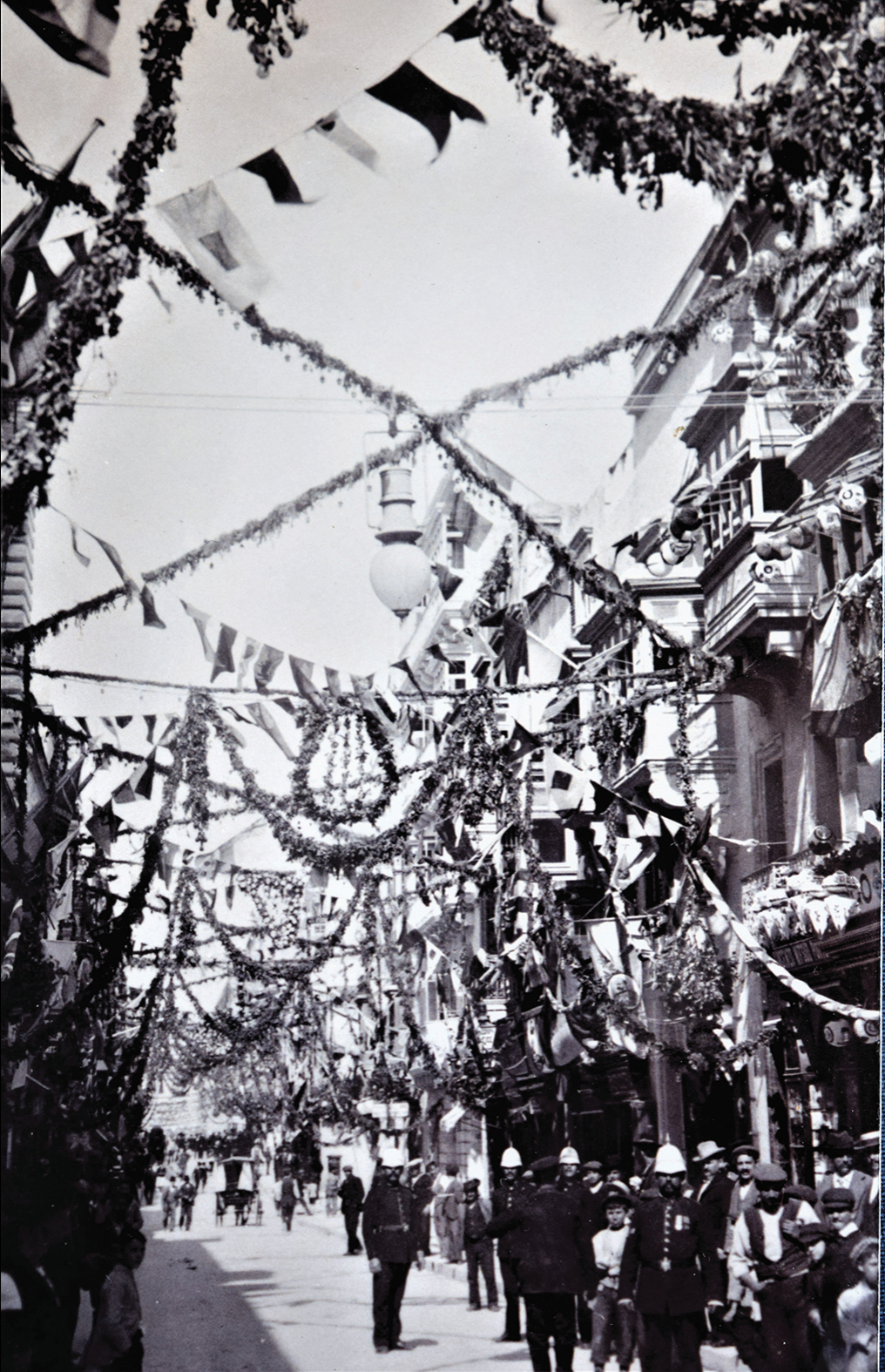 Great celebrations were organised to greet the Prince of Wales during his royal visit to Malta in 1903. 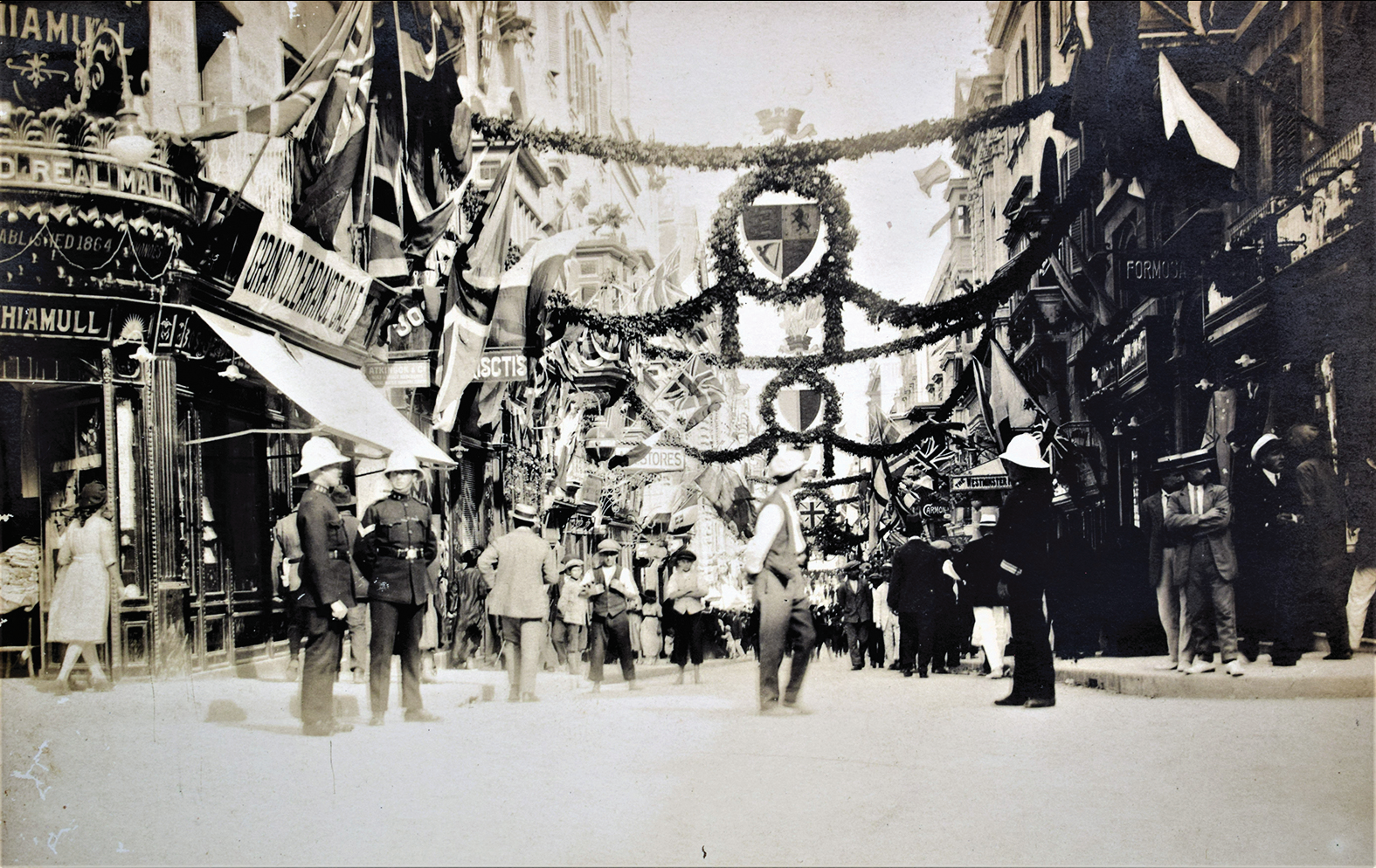 Strada Reale, Valletta, decorated for the visit of the Prince of Wales in 1921. 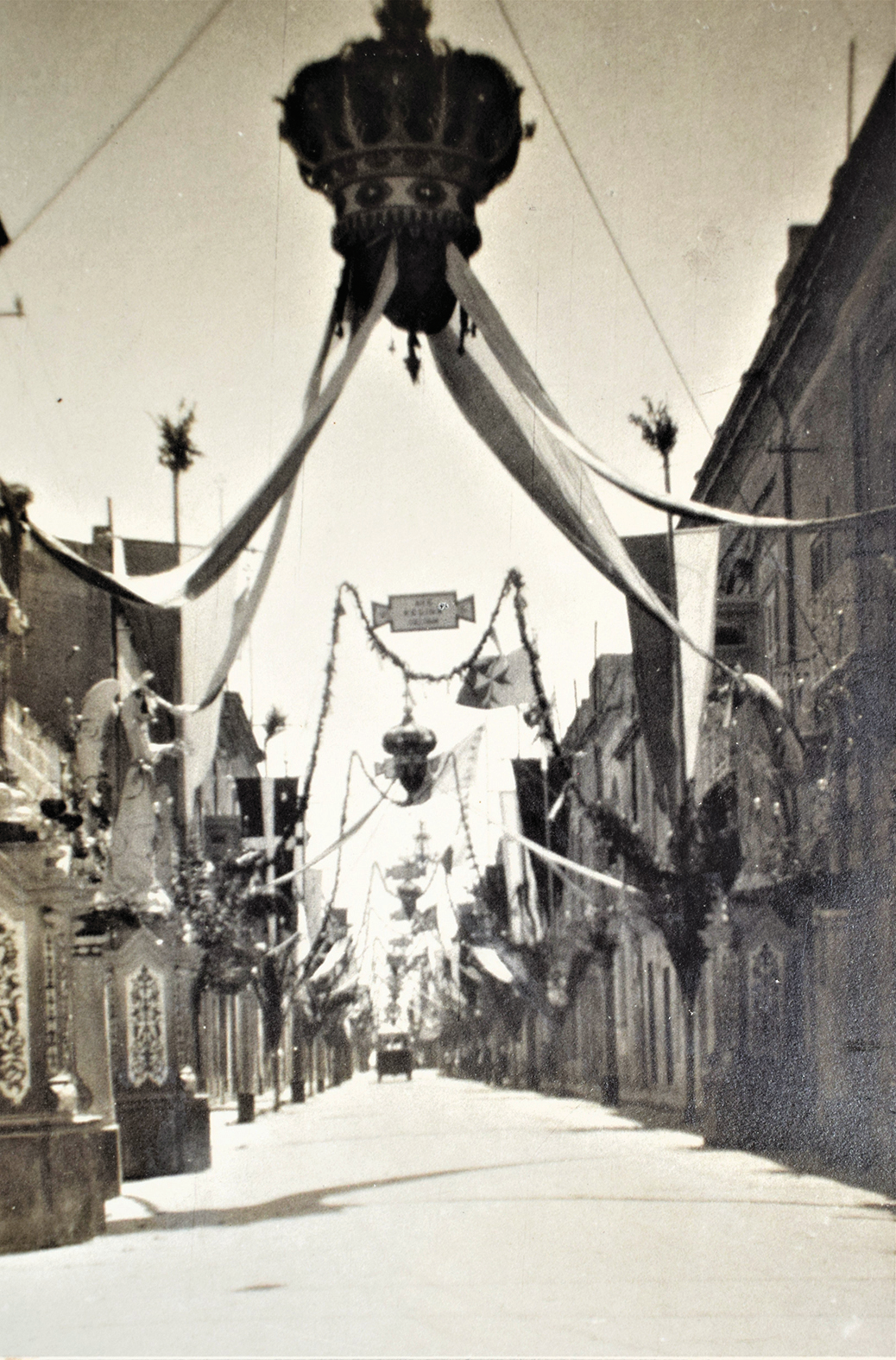 The main street in Żabbar in the 1920s on the feast day of Our Lady of Graces.

Before electricity, in religious feasts, the streets lit up with countless oil or wax lumini or fjakkoli. Endless chains of leaves or coloured tissue paper (karta strazza or tat-tajr – kite paper) ran parallel to, or criss-crossed, the buildings.

Most of the banners and pavaljuni, over the years, repeatedly replicate tired and overused baroque patterns. Nowadays, they can also come enlivened with real-life portraits of Midas tycoons, complete with saintly halos.

In the 1960s, Emvin Cremona had tried to breathe new life into the faux-baroque mortuary of street decoration but his brilliant efforts were short-lived.

Malta is today on a par with the outside world in most aspects of decorative design. But nowhere near in festa street decoration, though, lately, the principal Christmas street illumination has registered impressive advancement. 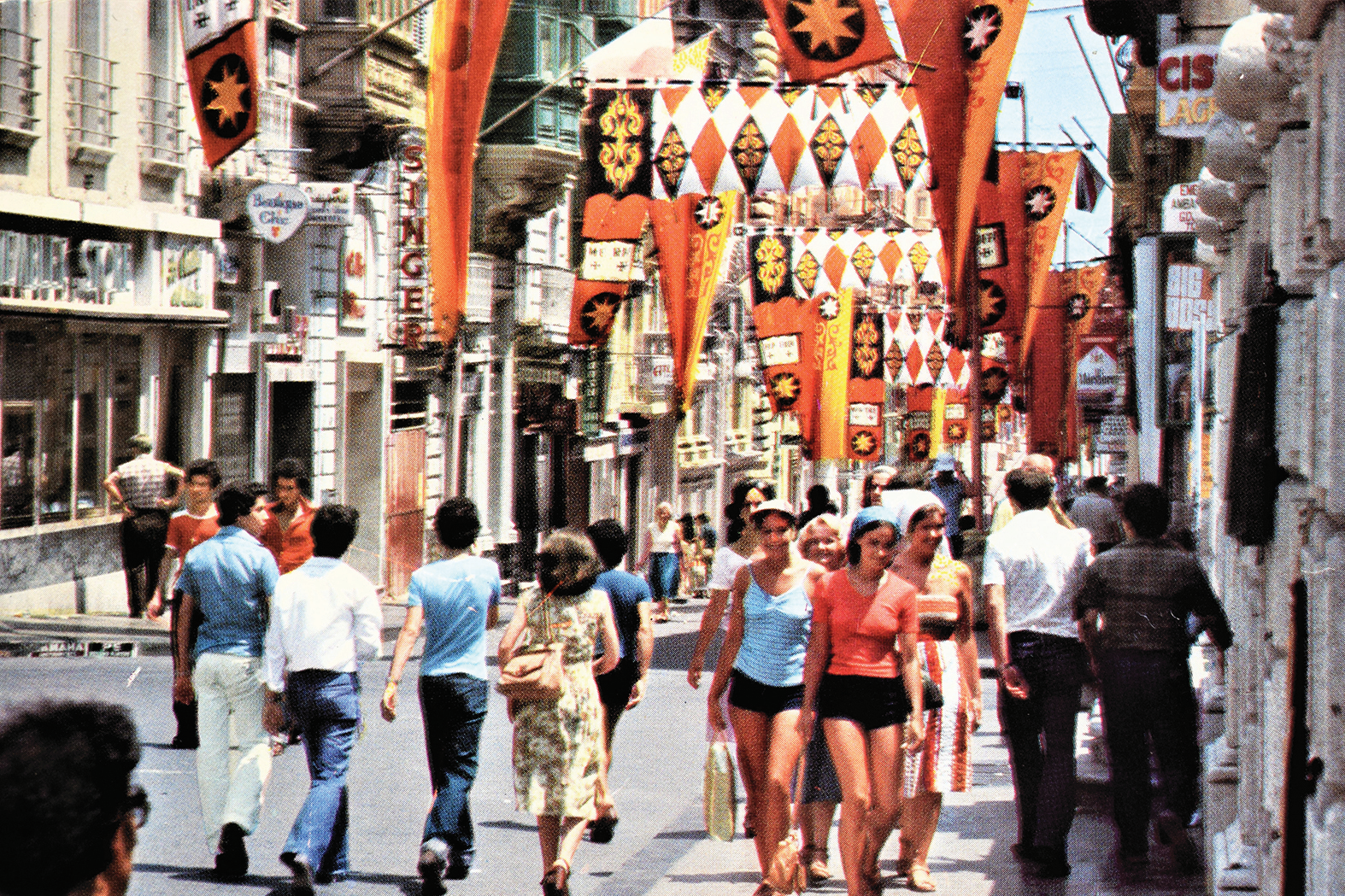