Writing a book on the scientific and philosophical underpinnings of economics is a difficult task, even if written in the English language, in which most economic terms have been in use for about two and a half centuries. It is even more so if the Maltese language is used for this purpose. 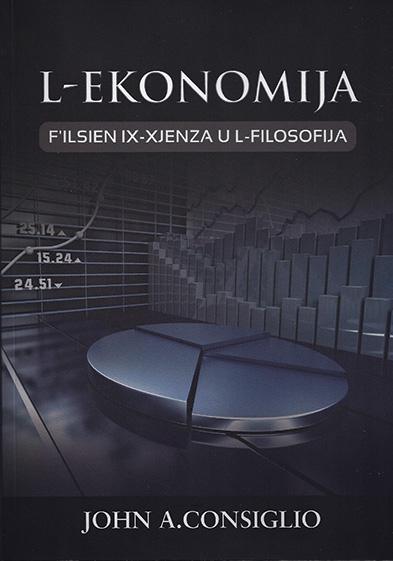 Resorting to Maltese dictionaries, even the best ones, does not always solve translation problems, as many economic terms have specific meanings, and very focussed nuances, which require an economist to understand and translate them well.

Another constraint faced by Maltese authors in publishing books of this nature is that local publishing houses tend to be more inclined, when publishing books in Maltese, to print books relating to Maltese literature, especially those approved for students, as well as stories, novels, theatre, cooking books and children’s literature, all areas where it seems there is a degree of popular demand.

Books in Maltese on academic subjects, other than those related to Maltese literature, including economics and finance, are conspicuous by their absence.

I therefore cannot but congratulate John Consiglio, who made this effort and took the risk in publishing the book on the nexus between economics, technological science and philosophy. He even often bravely “Maltesised” many terms and concepts which are not generally included, let alone translated, in Maltese dictionaries.

As Philip von Brockdorff states in the introduction to the book, the text is not easy to read, as the subject itself requires some knowledge of economic theory, possibly even at an advanced level.

In addition, the discussion presented in the book covers a wide variety of themes, including economic principles, the different methods of analysis, and the interpretation of the motives of economic actors. All these are not fodder for the uniformed.

The author places the discipline of economics within a wide context of relationships with other disciplines, and in the process engages in very deep intellectual discussion in this regard.

While reading the book, I often felt the need to re-read the text to fully absorb the message, even though I am often called “a veteran economist”. I learned a lot from this book.

The search for clearly identifying and discussing the philo­so­phi­­cal underpinnings of eco­­no­mics is not a new quest, and various authors have provided different views in this regard, ranging from the neo-liberal to the dirigiste approaches.

The issue of the self-interest economic motive as distinguished from the pursuit of social benefits is often treated in such discussions. Consiglio often refers to this dichotomy, and, although he did not state this specifically, the author would seem to be lean towards the social objective of economics.

This is not the first book on economics by Consiglio written in the Maltese language. Way back in 1973, he had put together into a book called Ekonomija għal Kulħadd, published by Klabb Kotba Maltin – the series of discussions about economic topics which he and I had had together on a local radio. Up to now, that is the only basic economics textbook in Maltese still in existence, now no doubt out of print.

Other important work by Consiglio, not in Maltese, was the 2020 Finance Readings for Diplomats, published by MEDAC, and Insights on Financial Services Regulation, published in the UK by Emerald.

Consiglio has also written various works on Malta’s banking history, including his seminal 2006 book, in both English and Maltese, on the history of banking in Malta.

L-Ekonomija: F’ilsien ix-Xjenza u l-Filsosofija is not exactly bedtime reading, but a very clever intellectual product which I consider as a must-read, even for seasoned financiers and economists.