As with previous such scams, the fake ads redirect people to websites encouraging them to invest money in fraudulent schemes for cryptocurrency Bitcoin.

The articles are a complete fraud, Prof. Scicluna’s ministry warned on Friday.

It went on to urge people to double check companies which claimed to offer financial services online and verify whether they were licensed by their respective regulator.

The trick links lead people to an article claiming that “Finance Minister Edward Scicluna invested $6 million in a new company that could make you rich (if you were born between the years 1950 and 1990)”.

It goes on to claim that more than half of Prof. Scicluna’s income last year came from Bitcoin. 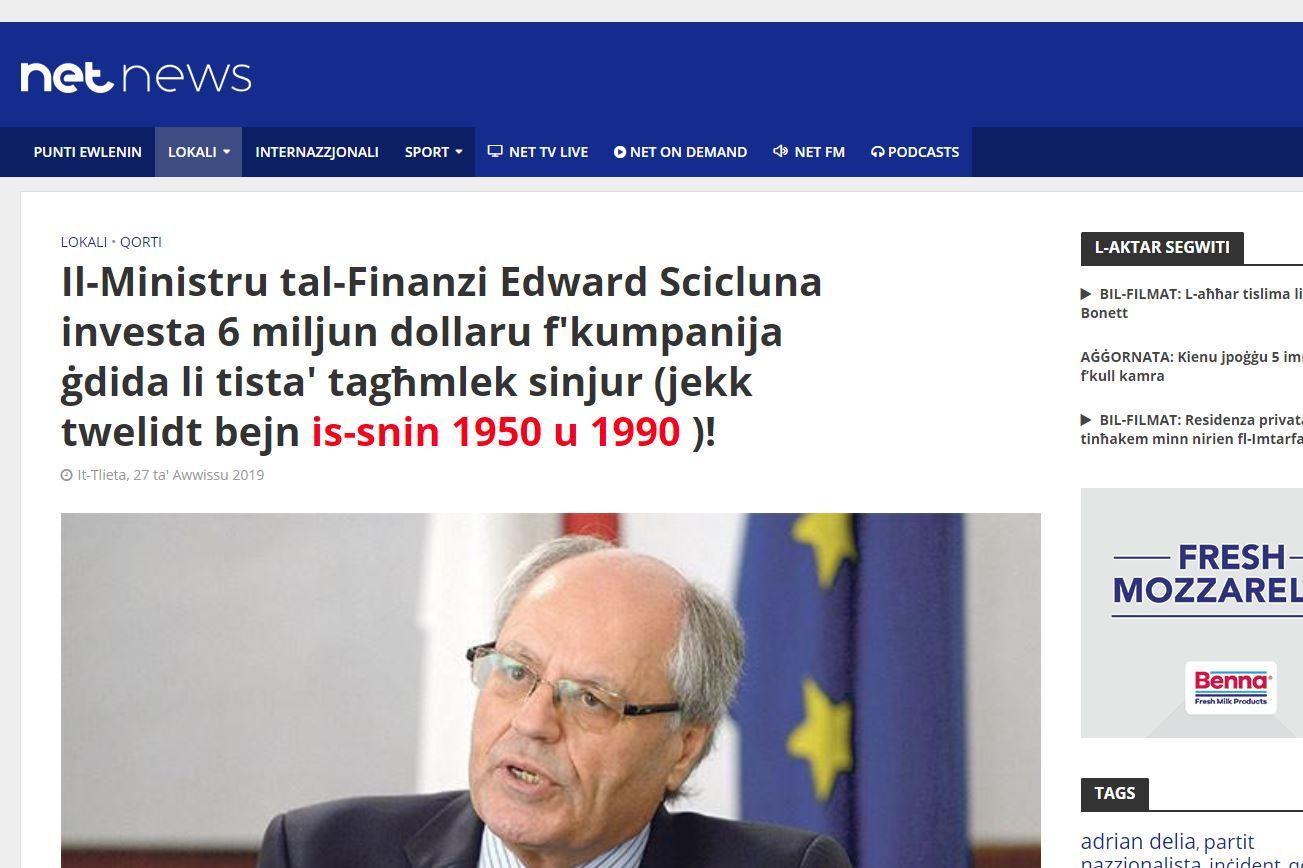 It looks like Net News, but do not be fooled.

The trick websites, however, take the fraud one step further, by mimicking the look and logo of local website NET News and by featuring a fake Facebook post by the minister.

Scam adverts on Facebook surface from time to time, often using photos of local celebrities or politicians to trick people into clicking on them.