The woman who was pelted with eggs during a bachelor’s party has been through the experience on numerous occasions, Times of Malta has learnt.

A video, which sparked public outrage when it emerged on Sunday, showed the woman wearing a bikini, facing a wall as men hurled eggs at her.

At one point, she can be heard begging them to stop, as a whole tray of eggs is dumped on her.

Sources familiar with the bachelor party scene in Malta explained that these events were often organised by some individuals who would coordinate with the woman to perform a striptease and later be subjected to egg-pelting and other acts of ridicule, usually alongside the soon-to-be groom.

But one of the party organisers insisted with Times of Malta that the video was taken out of context and that the woman had given her explicit consent to the pelting.

Times of Malta also contacted the woman involved in the video, however, she declined to comment on the filmed incident.

Meanwhile, a source in Malta’s mental healthcare sector said the woman was known to the public authorities, raising concerns she may not be in a position to give her consent.

If that were the case, then the incident could be deemed a far more serious case of abuse of a vulnerable person.

In a statement, the National Commission for the Promotion of Equality on Monday also expressed concern. The organisers’ justification of consent did not in any way change the essence of this incident, the statement read.

As a society, we are failing a lot of people

“A group of men felt entitled to ‘buy’ a potentially vulnerable woman and took pleasure in assaulting her, ridiculing her and violating her dignity,” it said.

The commission said the woman was not only abused and humiliated, but the assault was also filmed and circulated.

“It is indeed disturbing that there are people who take pleasure in ridiculing and hurting others and even go to the extent of flaunting their behaviour,” the commission said.

In another statement, the University's Department of Gender Studies women’s dignity was being constantly trammelled in Malta.

Although some advances had been made, women were still being treated as second-class citizens, to be used and abused by employers (gender pay gap), policymakers who insisted on promoting the breadwinner’s model, state services that failed to protect women experiencing violence, and men and society in general.

"In Malta, we promote gentlemen’s clubs as tourist attractions, we have been accused by international agencies of not prosecuting suspected human traffickers and of non-regulation of massage parlours, and the latest, pelting a woman with eggs, even though she begged her ‘clients’ to stop.

"This exploitation and abuse of women has gone on too long," the department said.

It added that women had been promised dignity, respect and protection. But such abuse was instead being excused on the pretext that that woman in question had consented to the act.

The department noted that the incident came to light because those who took pleasure from such public humiliation also wanted to share it. "We are not amused. Stop using and abusing us women," the department said.

Claudette Buttigieg, the Opposition’s spokeswoman on civil liberties and civilian rights, was quick to speak out against the video. 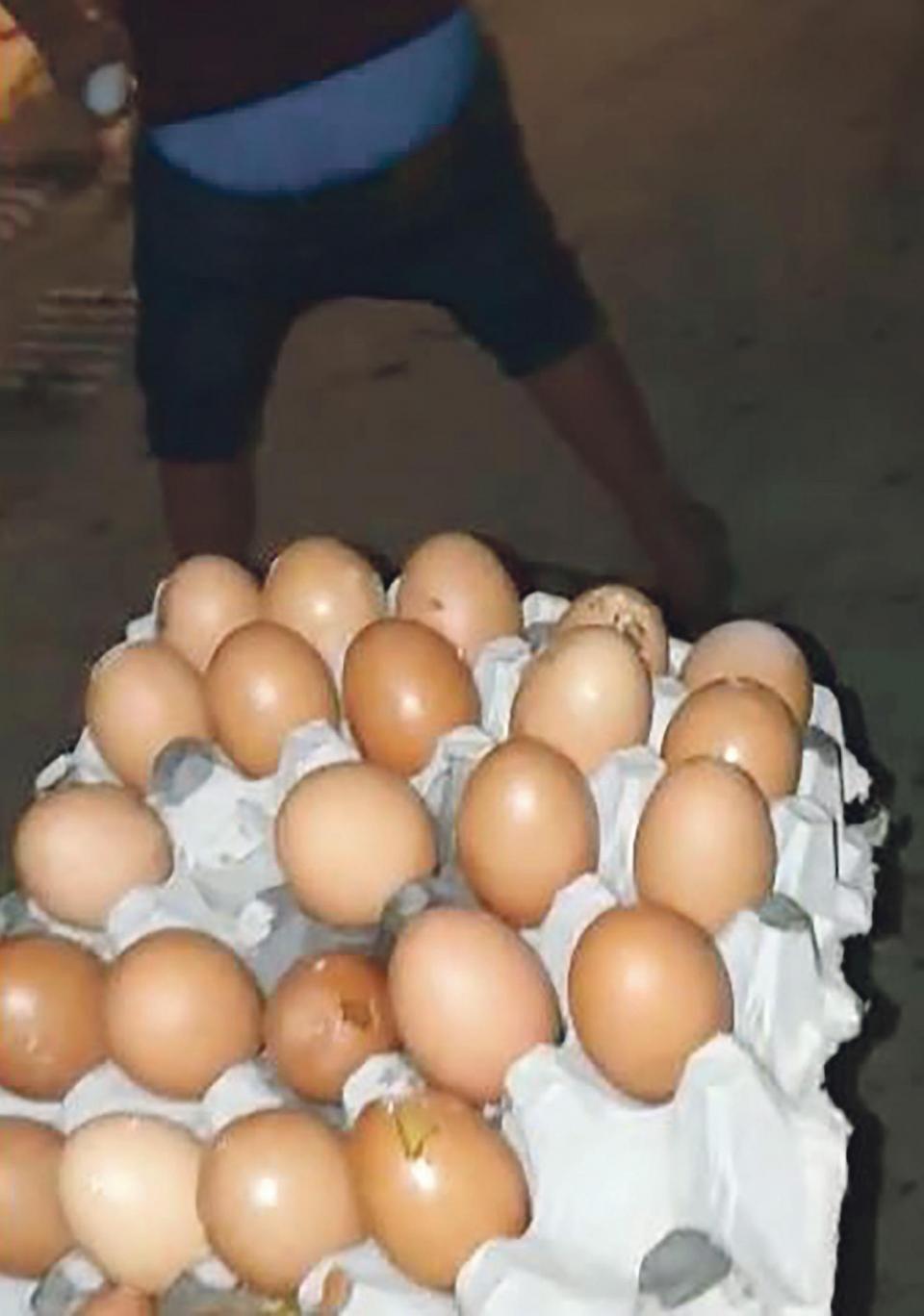 A still from the video of the egg-pelting stunt at a bachelor’s party.

In a tweet she wrote: “There are people who think that money buys you the right to humiliate others and strip them of their dignity.”

Contacted on Monday, she said that when she first read news reports of the video, she was shocked.

“I started questioning, who would consent to being treated in an inhumane way? It made me think that as a society, we are failing a lot of people,” she said.

In a tweet, he said this was not simply an issue of legality.

“Such behaviour, filmed and then publicly circulated, against a human being is totally reprehensible,” he said.