An elderly couple were brought to Malta from a cruise ship on Monday, avoiding the need to disembark in the UK and potentially exposing themselves to the risk of contracting COVID-19 coronavirus.

Joseph Mercieca and Marthese Bonello were on board the MV Colombus heading to the UK on a cruise which they joined in Australia.

They were brought to Malta on the Malta Maritime Pilots Cooperative boat, the Foxtrot when the Colombus stopped 13 miles off Malta to refuel.

The Cooperative said it funded the whole repatriation operation as a "gesture of solidarity" with the elderly couple.

In footage posted on Facebook by Transport Minister Ian Borg, the couple as well as workers assisting them onto the pilot boat were wearing head to toe protective clothing.

In his post, Borg said that the couple are in good health and he thanked the workers for their part in executing such a delicate operation.

The couple boarded the vessel on February 25 in Sydney. On Thursday they made a Facebook plea to the Maltese authorities to allow them to disembark in Malta rather than continuing to the vessel's intended destination in the UK and boarding a repatriation flight from there.

Mercieca and Bonello, who are both 70 years old and suffer from a number of chronic illnesses, said that the extended journey would have put them at greater risk of contracting the virus given their status as vulnerable.

The government announced the couple would be allowed to leave the cruise liner and brought to Malta by the authorities on Saturday.

Mercieca and Bonello are subject to a 14-day mandatory quarantine upon their return. 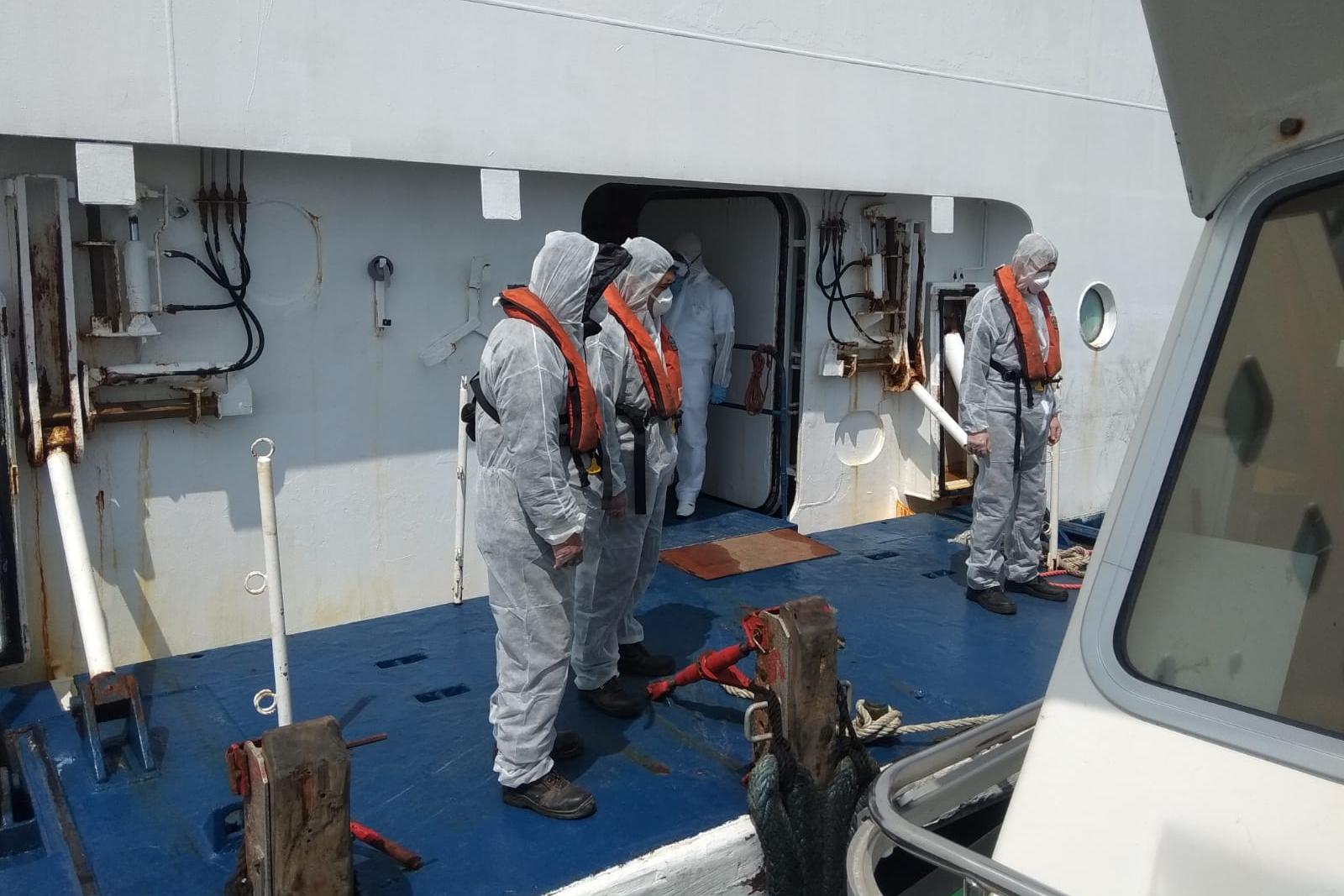