Employment increased by 5.4% in the last quarter of 2019 when compared to the same quarter a year earlier, according to Labour Force Survey estimates.

These indicated that total employment during the period stood at 258,064 accounting to 60% of the population aged 15 and over. 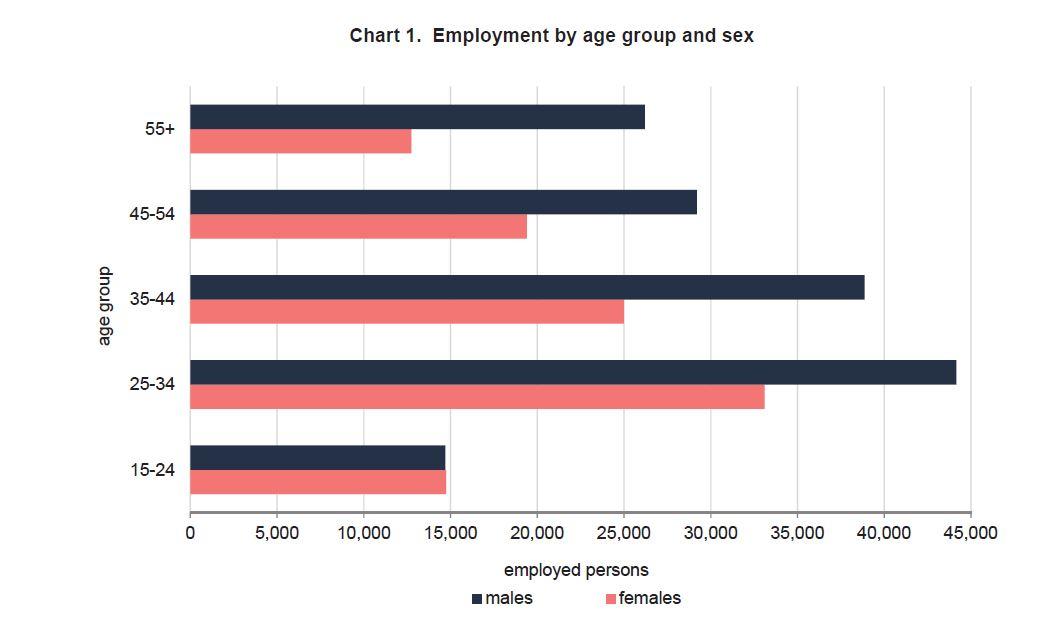 The largest share of employed persons was recorded among persons aged between 25 and 34, for both males and females.

Self-employed persons accounted for 15.5% of all persons with a main job. The majority of employed persons worked on a full-time basis and totalled 222,079. Another 35,985 had a part-time job as their primary employment.

The average annual basic salary of employees during this period was estimated at €19,488. The highest basic salary was recorded in the financial and insurance activities sector.

Average annual salaries varied from €33,562 among managers to €12,500 among persons employed in elementary occupations.

The unemployed and inactive population

The unemployment rate for the period stood at 3.2%. The largest share of unemployed persons was recorded among persons aged 25 to 74.

Females accounted for 61.5% of total inactive persons. In addition, those over 65 years made up the highest share of the inactive. In fact, more than 40% were inactive because they had reached retirement age or were taking up early retirement.