Environment minister José Herrera didn't get quite the reaction he was hoping for when he shared an image decrying the chopping down of trees - just as the government pushed through plans that would entail the uprooting of more than 500.

The minister was inundated with dozens of angry comments after sharing a Facebook post with the popular saying, usually described as Native American: “When all the trees are cut down, when all the animals are dead, when all the waters are poisoned, when all the air is unsafe to breathe, only then will you discover you cannot eat money.”

The timing was hardly fortuitous: a day after the post, the Planning Authority approved plans for the Central Link road project in Attard, which will involve 550 trees being uprooted – although more will be planted as compensation - and seven football pitches worth of agricultural land gobbled up.

Dr Herrera defended the Central Link project, which he said had embraced environmentally conscious proposals and would improve air quality, and the Environment and Resources Authority chairman voted in favour during the PA hearing.

The irony in the minister’s post was not lost on those who commented, many of whom accused the minister of hypocrisy for not taking concrete action to support the cause he was espousing.

“Have you forgotten that you’re supposedly the Minister for the Environment, Sustainable Development and Climate Change? You’re supposed to fight in nature’s name and for us Maltese,” one commenter said.

“As a Minister, I would expect you to do more than just share a meme on your wall. You need to get off social media and actually do something about it! You have the power. Do what you’re paid to do!” 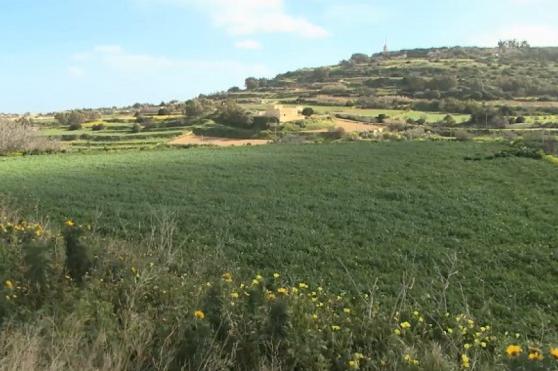 'Why did you use a generic photo when you could have used this? The actual area you are in favour of destroying'

Another commented with an image of the Attard land that will be taken up, asking: “Why did you use a generic photo when you could have used this?”

Still another asked: “Are you the same person who spoke in favour of the Central Link? And you have the gall to post this? The mind boggles.”

Others made reference to the minister’s colleagues: “Maybe you should lecture your dear young friend [planning minister] Ian Borg regarding this? He is at the forefront of turning our once beautiful island into a desert full of just roads and concrete!”