A press room dedicated to slain journalist Daphne Caruana Galizia was inaugurated at the European Parliament in Strasbourg on Tuesday afternoon.

The room was inaugurated by EP President Antonio Tajani following a debate on the rule of law in Malta during which a resolution was drawn up expressing concern about Malta's inaction over the Panama Papers and its poor track record of convicting money-laundering suspects.

Speaking to journalists, Mr Tajani said the European Parliament will not rest until the killers of the journalist are found.

A vote on the resolution will take place on Wednesday. 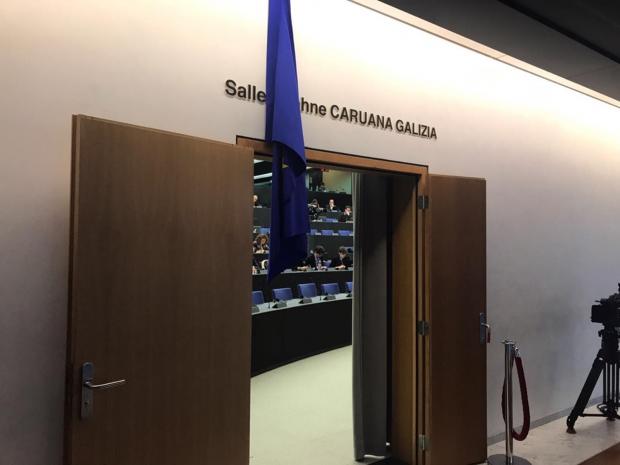 Speaking during the inauguration, Ms Caruana Galizia’s husband, Peter, said that his wife was murdered because “she mattered”, insisting that despite the hurdles she faced daily, she never grew cynical.

“Daphne never grew cynical, she grew more outraged and frustrated and with every story that she broke her readership grew large and her readers more loyal,” Mr Caruana Galizia told the press conference room packed with journalists and MEPs.

Ms Caruana Galizia’s work, “Daphne lived on” in here children, in the people and in the courage some journalists have found since her death.

“Daphne lives in the voices my compatriots have found. Daphne’s memory will live in on.”