Updated with MIA statement at 11.45am

The aircraft blown across a public road by heavy wind on December 27 was towed to a hangar late on Thursday night.

Malta International Airport said that the operation was led by specialists from the aircraft’s manufacturer, with the collaboration of the Civil Protection Department, the Armed Forces of Malta, Malta Police Force, and the MIA team, as well as the assistance of local aircraft maintenance facility teams.

A temporary fence was immediately erected to secure the opening within the perimeter fence and further works are currently being undertaken to permanently restore the affected area on Apron 4 to normal operations, the airport said.

In the meantime, Polidano Group’s legal counsel Jean Paul Sammut said the damages to the company's building - which halted the runaway plane - run into “tens of thousands”.

Equipment used to transport bricks to a storage facility in Luqa was badly damaged when the Dassault Falcon 7X aircraft was blown out of its parking position by strong winds on Wednesday night.

The aircraft careened from its parking position, crossed the narrow road and crashed against the building, demolishing part of a wall. The plane's nose, including the cockpit, ended up inside the building. No one was injured in the accident.

Civil aviation industry sources said the Bermuda-registered plane was probably moved by the strong winds notwithstanding the wheel chocks. Force seven winds had been forecast. 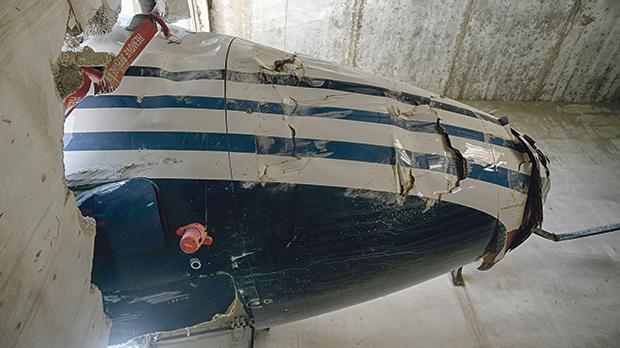 The damage to the plane’s nose and cockpit area. 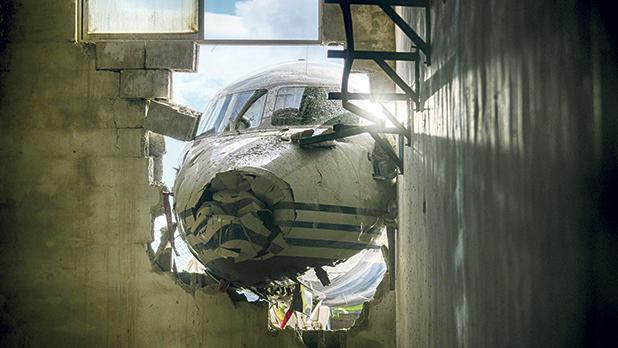 The Air Accident Investigation Bureau is investigating the accident and sources said the plane would need to be moved from its present position before an accurate estimate of the damages could be calculated.

The Dassault Falcon 7x was parked in Apron 4, an area reserved for civil aircraft and general aviation, Malta International Airport said in a statement. Apron 4 is close to the Lufthansa Technik facility.

The plane arrived on Boxing Day and aircraft enthusiasts said they spotted the plane at Luqa at least on five other occasions.

Online information indicates the aircraft belongs to Flying Lion Limited. According to the Bermuda government's website, the company belongs to Michael Ashcroft and Peter Michael Reeder Garrison. Lord Ashcroft is a former deputy chairman of the UK Conservative Party and is estimated to be worth about £1.32 billion.

When asked via Twitter whether the aircraft belonged to him, Lord Ashcroft was quick to post: “Noooo­­­…” 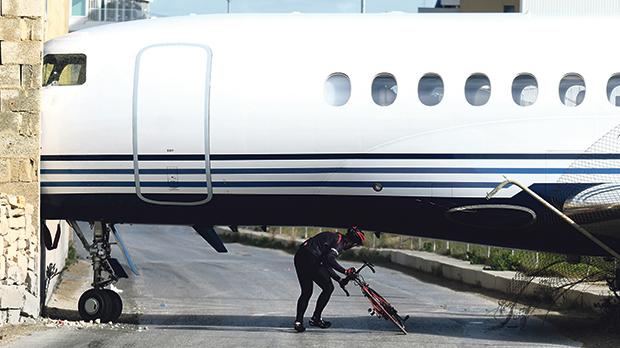 A cyclist negotiates his way past the ‘parked’ Dassault Falcon 7x, in Luqa yesterday. 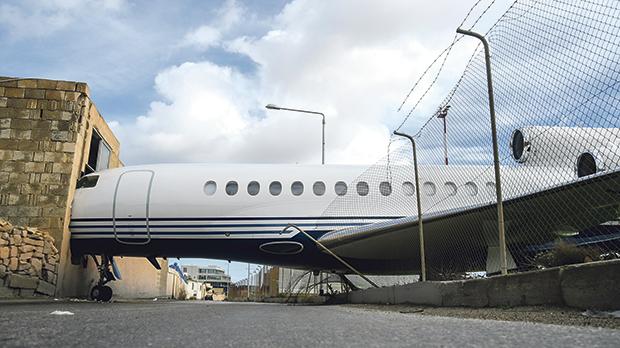 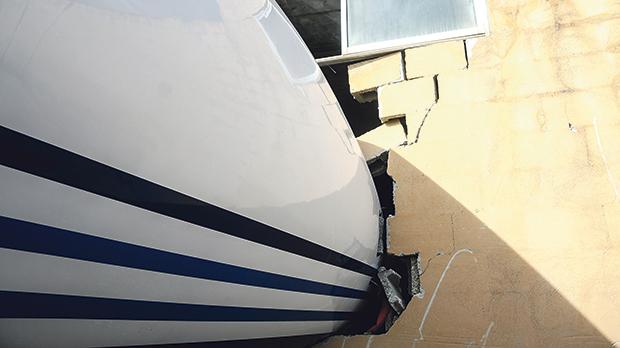