Protesters angry about a decision to cut down hundreds of trees to make way for the Central Link road project have sprayed graffiti slamming Malta's environmental regulator and Infrastructure Minister Ian Borg.

Perimeter walls beside the head offices of the Environment and Resources Authority (ERA) at Hexagon House in Marsa were covered in messages on Friday morning.

The ERA condemned the vandalism and said police were examining evidence including CCTV footage to find out who was responsible.

Graffiti labelled the authority "mafia", called for its chairman Victor Axiak to resign and said minister Borg should be “ashamed”.

In Attard, other scrawled messages mourned the hundreds of trees due to be cut down to make way for the Central Link road project. 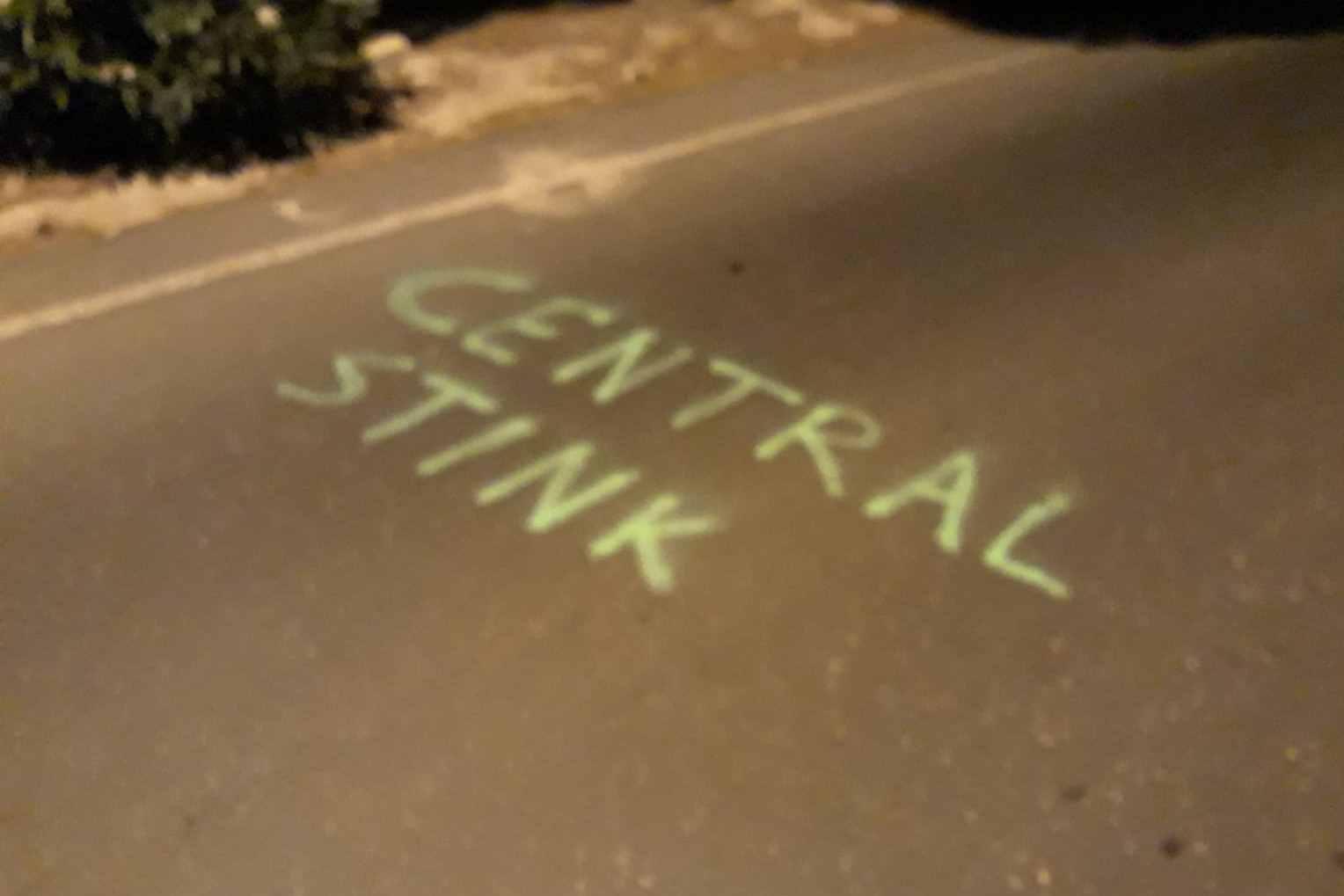 Graffiti was scrawled onto tarmac on the Rabat road. Scroll right to see more photos. 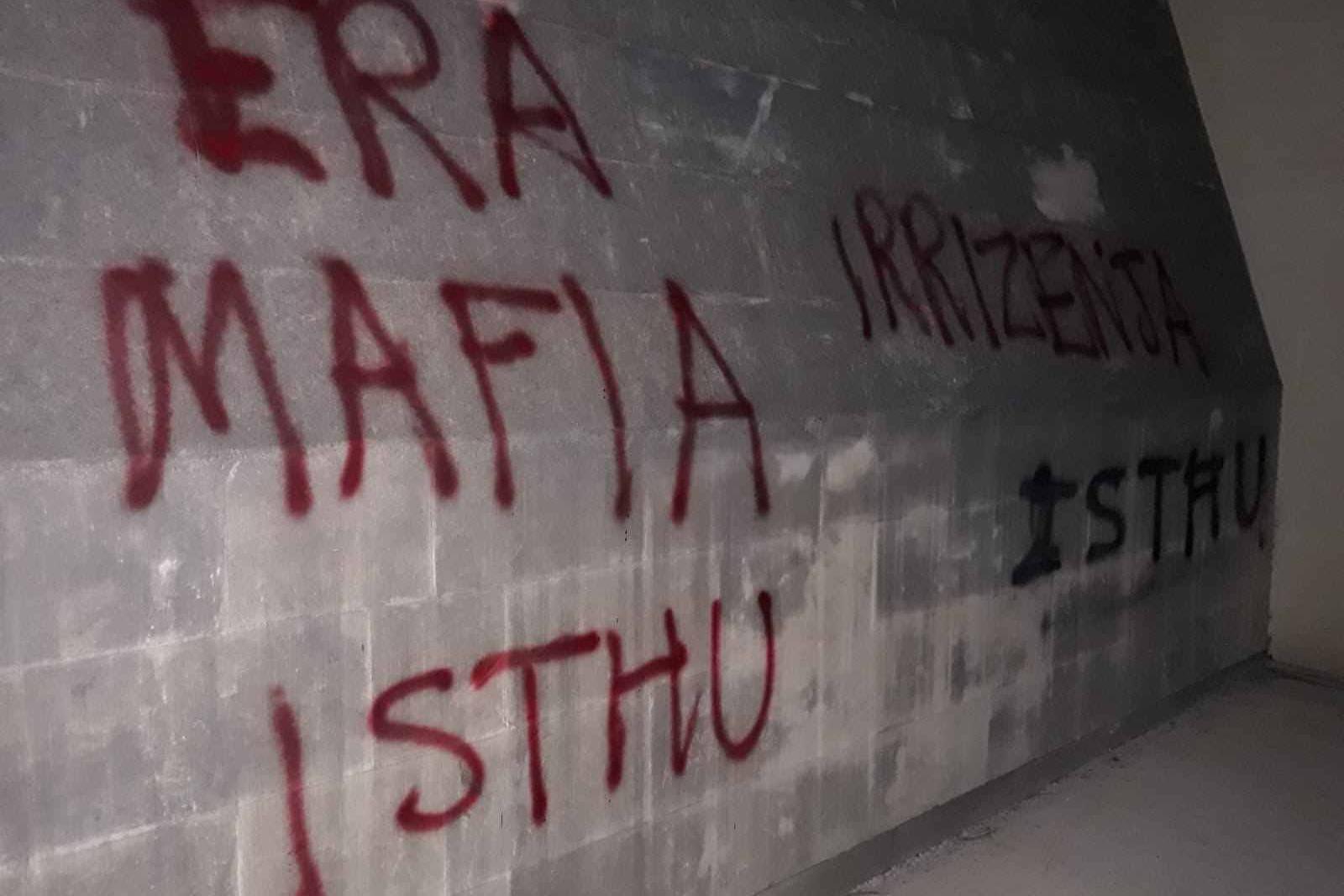 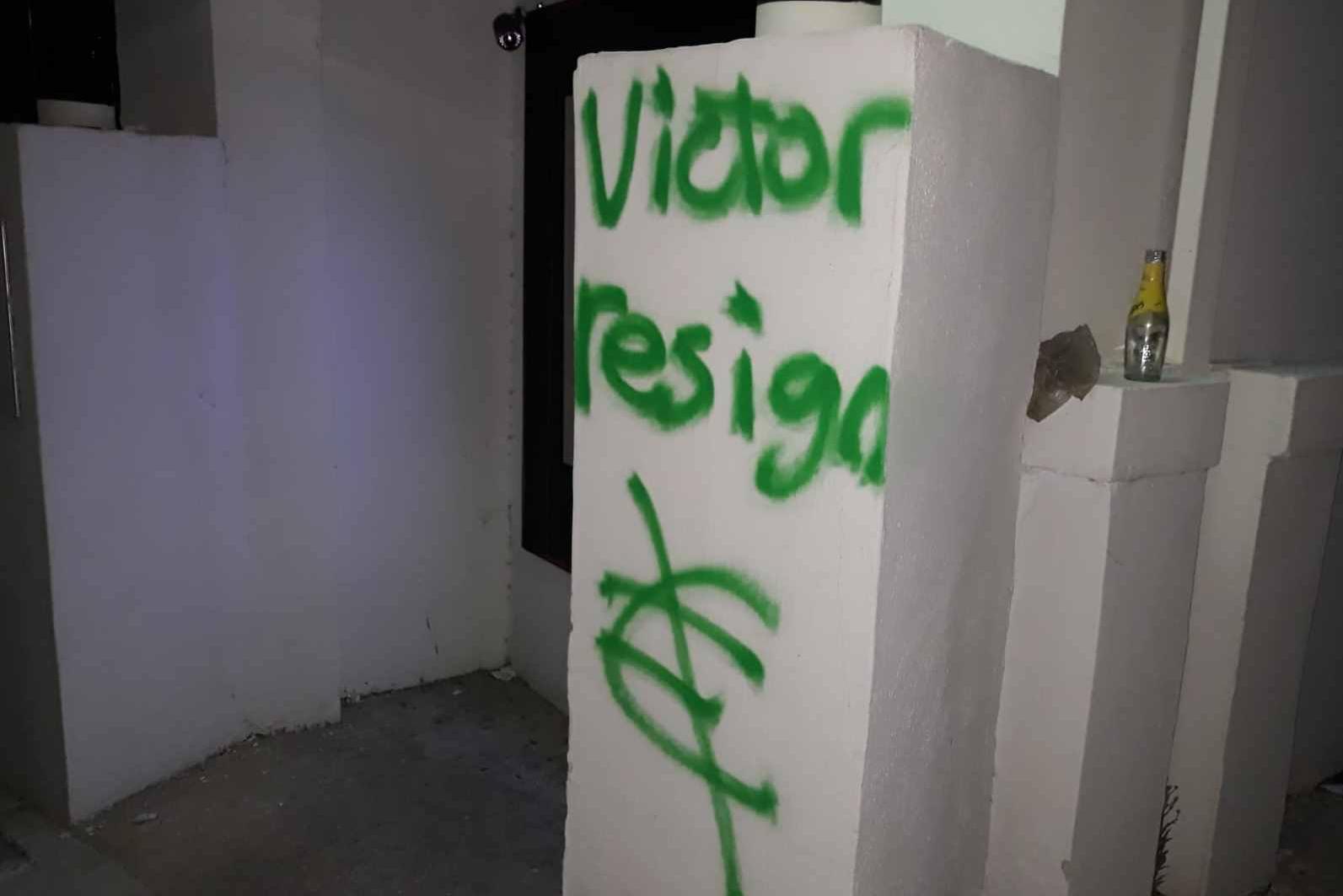 'Victor resign': A calls for ERA chairman Axiak to step aside. 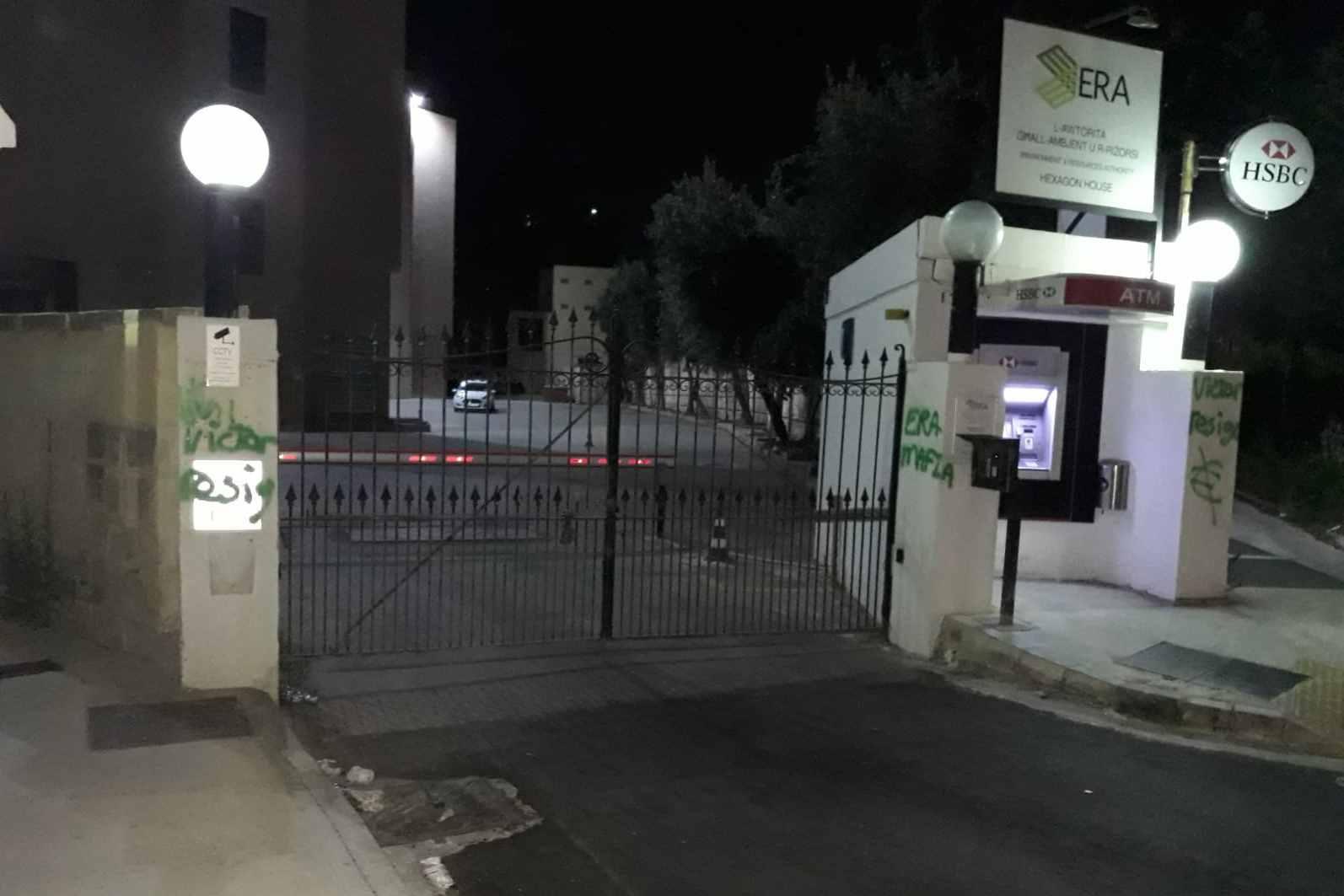 In a tweet later, Environment Minister Jose Herrera deplored what he described as 'acts of cowardice'. Vandalism, he said, was never a justifiable means for anyone to be heard and the ERA would continue to protect Malta's natural capital.

I deplore these acts of cowardice. Vandalism is never a justifiable means for anyone to be heard! ERA will continue protecting our natural capital.

A statement issued by the ERA said it "unreservedly attacks the acts of vandalism" and defended its role in the approval of the Central Link project.

"Apart from recommending a number of permit conditions, ERA spearheaded discussions that lead to considerable change to the original plans, so that the impact on trees was reduced significantly and the impact on the amount of land taken was also considerably reduced," the statement read.

"ERA will consistently strive in order to protect our natural environment, by using the means and parameters stipulated by the law."

The Planning Authority board approved the controversial Central Link project on Thursday following a long and heated meeting.

Prof. Axiak, who remained silent throughout the four-hour meeting, was among those who voted in favour of the project.

The €55 million project will see Infrastructure Malta uproot almost 550 trees – half of them protected species – to make way for a wider thoroughfare leading from Rabat through Attard to Mrieħel.

Authorities say the wider road is needed to alleviate traffic bottlenecks. Objectors say that is a short-sighted solution and have indicated they intend to appeal the PA decision. 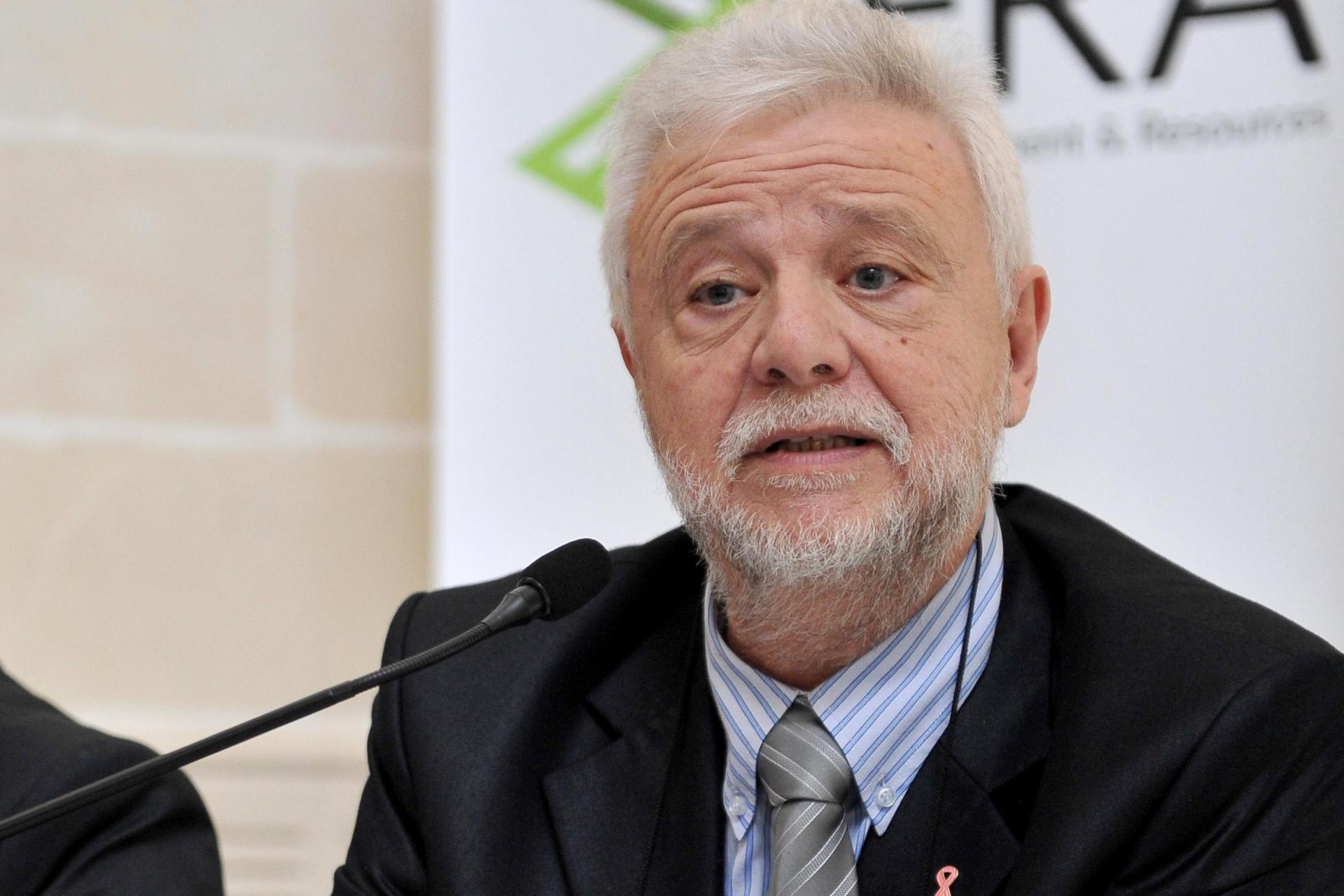