The European Commission in a much awaited decision announced today that it has approved Air Malta's restructuring plan and state aid.

"The commission, after detailed investigation, had concluded that the €130 million given in state aid to Air Malta is in line with EU state aid rules. It has resulted to the Commission that the restructuring plan adequately addresses the airline's financial problems," the Commission said in a statement issued in Brussels.

"The planned restructuring measures, including a significant reduction in capacity and the sale of assets, should assure the long-term viability of the airline without ongoing support from the state, while avoiding distortion of competition," it added.

The Commission admitted that it had had doubts over whether the restructuring plan conformed to its restructuring and a detailed investigation was therefore launched in January this year.

"Our investigation has established that the restructuring plan, covering a five year term to November 2015, is based on realistic projections and should enable Air Malta to return to viability within a reasonable time," the Commission said. 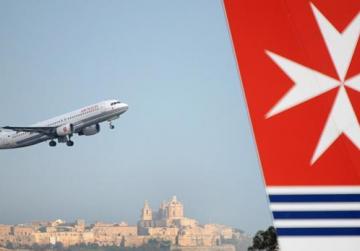 It added that it was satisfied that the proposed capacity reduction, including the discontinuation of certain routes, would avoid market distortion under competition rules. Furthermore, Air Malta would contribute to the costs of restructuring by selling land and other assets and by private lending.

The commission said that its investigation had therefore established that the €130 million of state aid given to Air Malta for restructuring was in line with state aid rules.

A capital injection in 2004 had also been made in line with market conditions and therefore did not constitute state aid in terms of EU rules.

Finance Minister Tonio Fenech welcomed the European Commission's announcement, saying it was good news for the airline and for Malta, economically and socially. 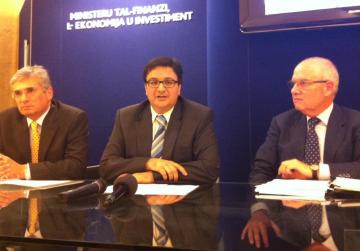 This, he said, had been a difficult and complex process where Malta stressed to the Commission the importance of the national airline for Malta as an island nation heavily reliant on tourism.

The talks had been held against the background of a difficult scenario for the airline industry, with many airlines reporting losses or going under. Indeed, some airlines had proposed restructuring processes which had been rejected by the Commission.

He said some of Air Malta's competitors, including Ryanair, had been among those who made submissions to the European Commission against the state aid proposals.

The minister stressed that the airline would need to continue to focus on its restructuring. State aid was being allowed once only over a 10-year period and the airline, therefore, could not afford to slip.

He noted that the airline had already started following the restructuring plan and had already reported an improvement in its financial situation after a difficult process, agreed with the unions, which included the voluntary retirement scheme and changes to work processes. He thanked all those involved in the restructuring process including the workers, and urged them to continue working together for the viability of the airline.

He also thanked Richard Cachia Caruana and his team at Malta's representation to the EU for their intensive input in the talks with the EU.

"This is a new beginning for Air Malta. The approval of the restructuring process was only the end of the beginning in the change process" Mr Fenech said.

The Tourism Minister welcomed the development in a statement issued in the afternoon saying the airline was an important link in the country's economic chain especially in the tourism sector.

Aiur Malta carried a bit more than half of the tourists who visited Malta and linked the country to other destinations in Europe.

So it was important that it continued to operate successfuly.

Air Malta chairman Louis Farrugia described the development as "good news for Air Malta". He said it should instil courage in all the airline’s stakeholders as the airline could continue to trade knowing that its balance sheet could be strengthened.

Airline CEO Peter Davies said the commission's backing confirmed the methodical and comprehensive process that the Maltese government together with Air Malta followed in drafting and replying to all queries and concerns shown by the Commission and other interested parties.

"This endorsement gives us the confidence that our plans and efforts have
withstood the thorough scrutiny and tests of the European Commission.”

"This approval is subject to the continued monitoring and review of performance by the EU Commission in-line with the submitted plan. The Commission expects strict adherence to the commitments stated in the plan. We have still a lot of work to deliver to remain on the right track,” Mr Davies said

PL spokesman Gavin Gulia said that now that the Commission had approved the restructuring, the layoffs and state aid to Air Malta, the government was no longer justified in withholding information.

The government should give details about the restructuring, including what routes Air Malta would give up and how its capacity would be reduced.

Such measures could have an impact on tourism and the economy as a whole.  .

Dr Gulia expressed solidarity with workers and their families who, he said, had trusted GonziPN which had assured them in writing before the last election that jobs were guaranteed.