During the visit, Von der Leyen met with Caruana Galizia's family members, including husband Peter Caruana Galizia and son Matthew. The trip to Bidnija came as a surprise shortly after she addressed a news conference with Prime Minister Robert Abela in Valletta.

In a tweet later, von der Leyen said Caruana Galizia made the ultimate sacrifice for democracy.

"Today I honour her memory. We must protect those who speak truth to power." 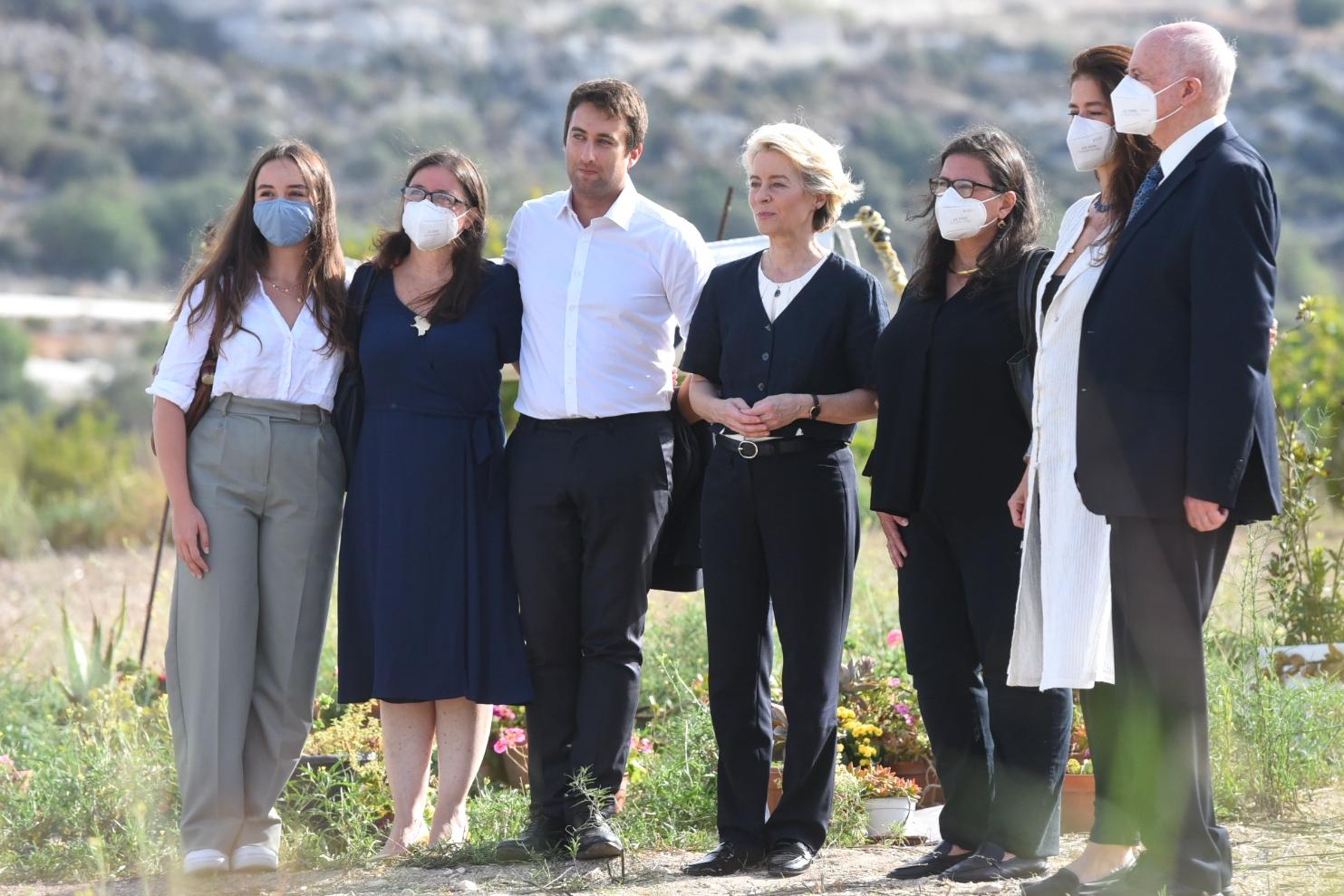 The commission president had paid tribute to Caruana Galizia and other slain journalists during her State of the Union speech on Wednesday.

During her visit to Malta, von der Leyen emphasised the important of journalism in a functioning democracy, and welcomed plans by the government to introduce anti-SLAPP legislation. 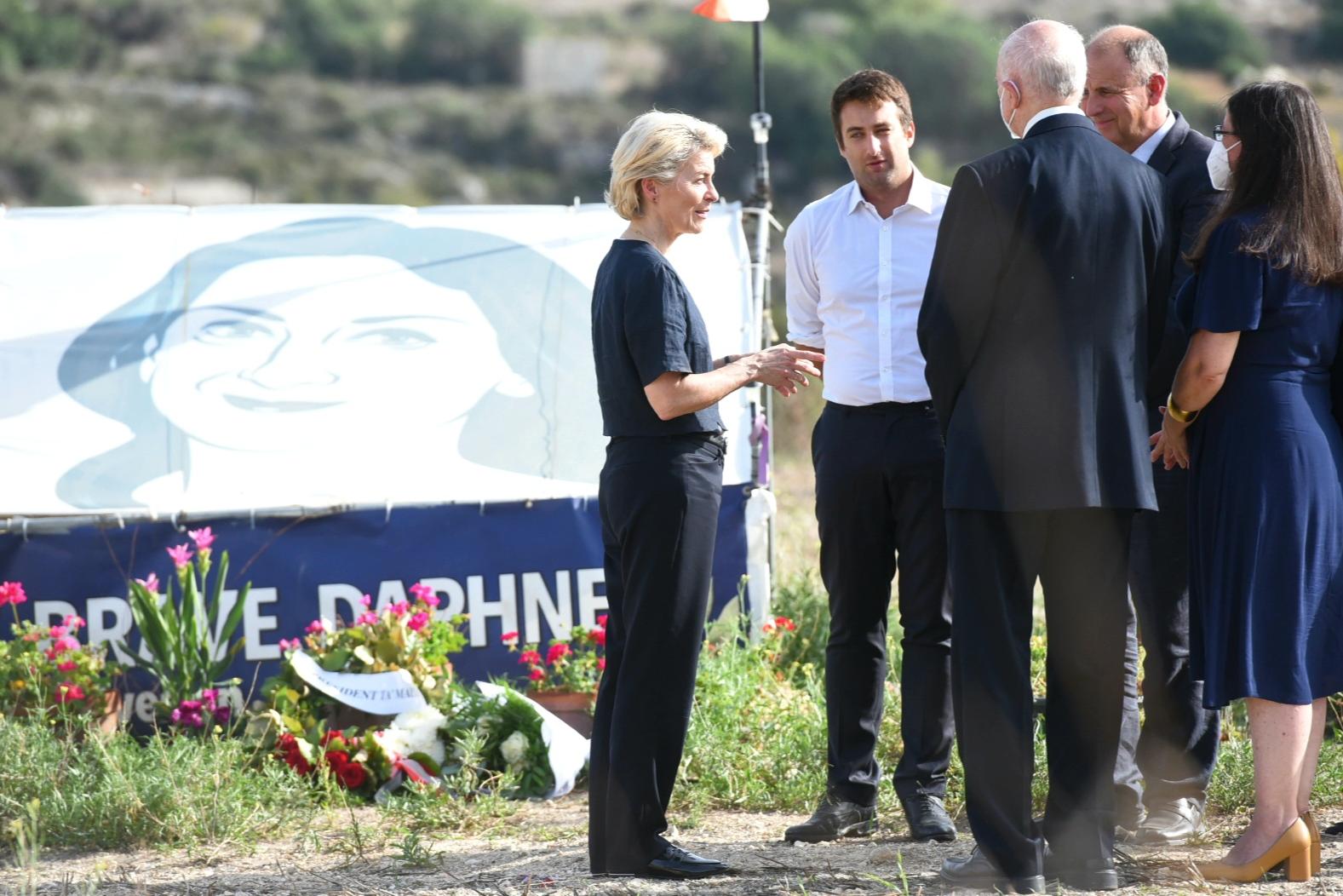 Her visit to the Caruana Galizia memorial site comes a few days after president George Vella went to pay his respects to the slain journalist for the first time since her assassination.

An inquiry into the journalist's murder held the state responsible for failing to prevent her assassination.

No Maltese prime minister has yet paid a visit to the site.