European Union leaders endorsed a hard-fought Brexit deal with Britain on Thursday night, but Prime Minister Boris Johnson faces an uphill battle getting it through the British parliament.

"It looks like we are very close to the final stretch," EU Council President Donald Tusk told reporters after the other 27 leaders approved the accord.

But despite optimism from Johnson, British opposition parties and some of the prime minister's own allies in the House of Commons were quick to warn they would not support it when it goes to a vote in a special sitting on Saturday.

If the deal is defeated, the prime minister is legally obliged to ask EU leaders to postpone Brexit for a third time -- breaking his vow to lead Britain out on October 31.

European Commission President Jean-Claude Juncker warned such a rejection would create an "extremely complicated situation", while Tusk said that if it happened he would consult member states on how to respond.

Johnson insisted he was "very confident" MPs would back the deal, but the immediate response from the opposition and even partners in a supporting party were hostile.

Juncker sought to focus MPs' minds, saying that Brussels can see no need for another delay to the painful divorce.

"We have a deal, and this deal means there is no need for any kind of prolongation," he told reporters -- although the decision will be for EU leaders.

Asked whether they had a message for the 48 percent of British voters who backed staying in the EU in the June 2016 Brexit referendum, Juncker simply said: "I would like to say to the 48 that they were right."

But despite their misgivings, both men argued that the deal would protect the rights of remaining EU citizens and the integrity of the bloc's single market.

Johnson, a leader of the "leave" campaign in 2016 who has vowed to walk away from the EU at the end of this month come what may, said he had secured a "great new deal that takes back control".

Looking worn and tired after days of intense politicking, Johnson urged MPs "to come together to get Brexit done, to get this excellent deal over the line and to deliver Brexit without any more delay."

The compromise reached on Thursday is a personal victory for Johnson, who was told repeatedly by EU leaders that they were not open to reworking a deal initially inked last year.

But there were immediate signs the Commons -- which rejected the previous divorce text three times -- might again refuse to play ball.

Northern Ireland's Democratic Unionist Party (DUP), which props up Johnson's Conservatives, said it was "unable to support these proposals".

The main opposition Labour, Scottish National and Liberal Democrat parties also spoke out against it.

Their response sent the pound sinking again after it had earlier risen to five-month peaks on news of the deal.

The draft agreement was forged after weeks of tense negotiations focused on altering arrangements to keep open the border between British Northern Ireland and EU member Ireland.

All sides agree they do not want infrastructure on the frontier, to avoid exacerbating tensions over Britain's control of Northern Ireland that caused decades of deadly violence up until the 1990s.

The new plan keeps the United Kingdom as a single customs territory, allowing it to strike international trade deals, but requiring London to levy EU tariffs on certain goods passing through Northern Ireland.

"There will be no border on the island of Ireland and the (EU's) single market will be protected," Juncker said.

But it would involve some customs and tax checks between Northern Ireland and mainland Britain, and the DUP warned the plans "undermine the integrity of the union".

Northern Ireland's regional assembly will be given a vote every four years on whether to maintain the arrangements, but the DUP warned that did not go far enough.

Johnson has assured his European counterparts that he can get the deal through parliament, and French President Emmanuel Macron said he was "reasonably confident" the deal could be ratified. 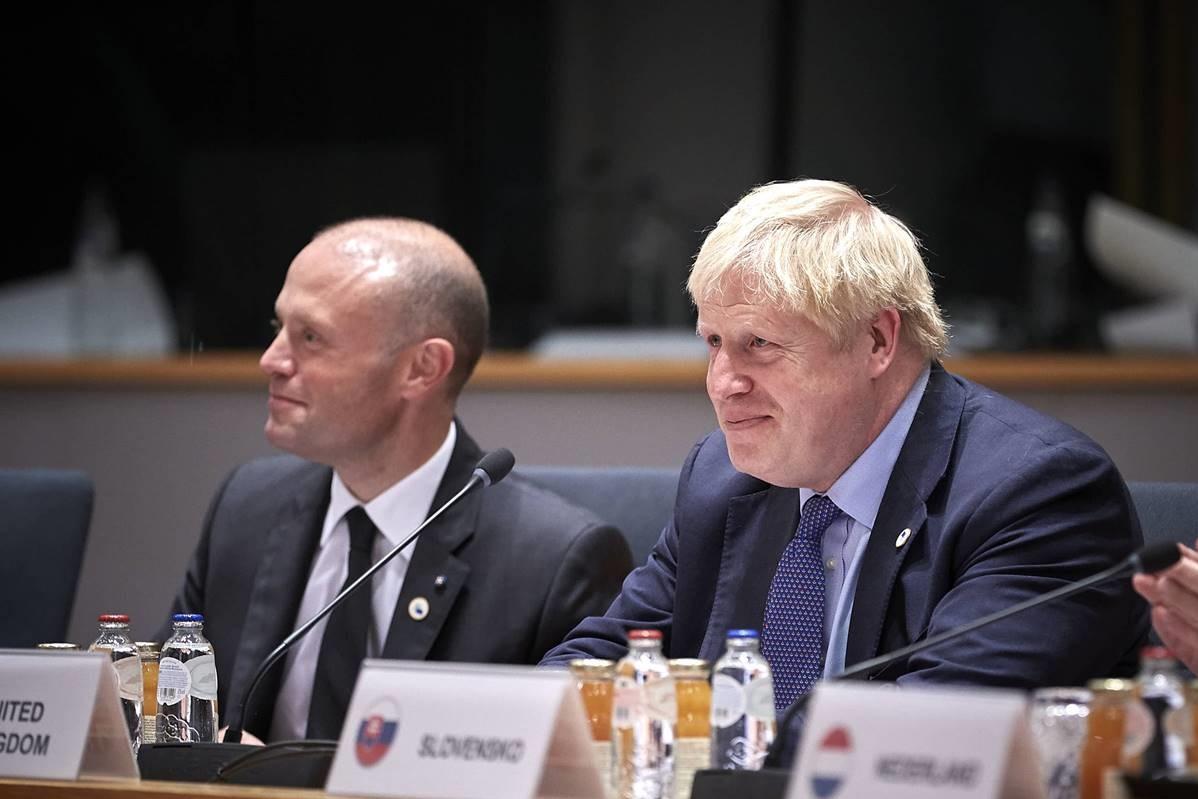 A European official who was present when Johnson briefed the leaders said that around six of them asked questions, and all of them were about his domestic political situation.

But Johnson has no majority among MPs, and his threat to leave the EU with or without a deal this month has exacerbated existing divisions in parliament.