The European Commission is keeping tabs on Malta’s failure to implement the EU’s latest anti-money-laundering rules, The Sunday Times of Malta has learnt.

Malta was supposed to transpose the latest EU rules aimed at combating money laundering and terrorist financing by June 26.

The government’s failure to do so has led the European Commission to trigger the first stage of infringement proceedings.

A spokesman for the EU’s executive body confirmed that the government had replied to a formal letter sent by the Commission asking why it had failed to transpose the fourth anti-money-laundering directive.

European Justice Commissioner Vera Jourova has complained numerous governments have failed to put the new rules in place despite having had a full two years. Discussions at EU level are already under way about revisions to the directive. Industry insiders told The Sunday Times of Malta that companies could end up having to apply rules that have already been updated.

Under the new rules, intermediaries must carry out ongoing risk assessments of their customers in a bid to combat money laundering and the financing of terrorism.

The directive also broadens the definition of a politically exposed person, meaning that more people will be subjected to stricter checks. The government’s anti-money-laundering agency (FIAU) published a consultation document on the fourth anti-money-laundering directive on July 6, over a week after the EU deadline to transpose the new laws.

Sources at the agency said that officials were currently scrambling to ensure everything was in place for an upcoming inspection by the international Committee of Experts on the Evaluation of Anti-Money-Laundering Measures and the Financing of Terrorism (Moneyval).

The sources said preparations for the inspection had been hampered following the recent upheaval at the agency.

The head of the FIAU’s investigative unit, Jonathan Ferris, and the head of the compliance section, Charles Cronin, were sacked in June for unspecified reasons while they were still serving their notice period. Mr Ferris is contesting the dismissal.

Former FIAU director Manfred Galdes publicly questioned the lack of police prosecutions last year, saying it was strange the police only seemed to prosecute domestic financial crime when there was much nternational business flowing through Malta.

He also noted, shortly before his resignation in the midst of the agency’s Panama Papers investigations, that the police freezing of assets was “minimal” and the amounts usually low.

Earlier this month, this paper reported how the courts had only managed to seize €191,700 worth of ill-gotten criminal assets over the past four years

Police sources said the figure was extremely low, and in part reflected the lack of prosecutions for money laundering, a criminal offence which carries a maximum 18-year jail term.

What has changed with the fourth anti-money-laundering directive? 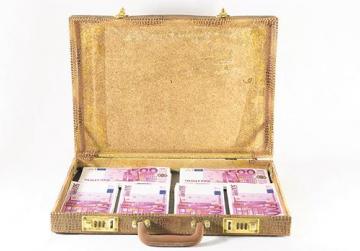 ■ Customer due diligence is required by anyone trading in goods in cash with a value over €10,000, which is down from the previous figure of €15,000.

■ Wider definition of who is a politically exposed person.

■ Central register of beneficiaries for both corporate entities and trusts. Countries will be required to create a directory of the beneficial owners of corporate and other legal entities incorporated in their countries.

■ The directive strengthens the cooperation between anti-money-laundering agencies and enables them to take urgent action to suspend or withhold their consent before a suspicious transaction can proceed.