EU Council President Charles Michel paid tribute to Daphne Caruana Galizia on Thursday, placing a plant at the site where she was killed by a car bomb in Bidnija in 2017.

Michel, who is on a two-day visit to Malta, was accompanied by Caruana Galizia's husband and one of her sons, Matthew, but no government officials.

He stood in silence before a large banner showing the slain journalist under a tattered Maltese flag in the field where the remains of her car ended up. Another banner called for justice.

Michel was also hosted at the Caruana Galizia residence a short distance away.

"What happened here is shameful for Europe and an attack on the free press. I came here to pay my respects to Daphne's memory and her family," Michel said in a brief comment to journalists.

A spokesman said Michel had personally asked to visit the site having, soon after his appointment late last year, written to the family and promised to visit when possible. 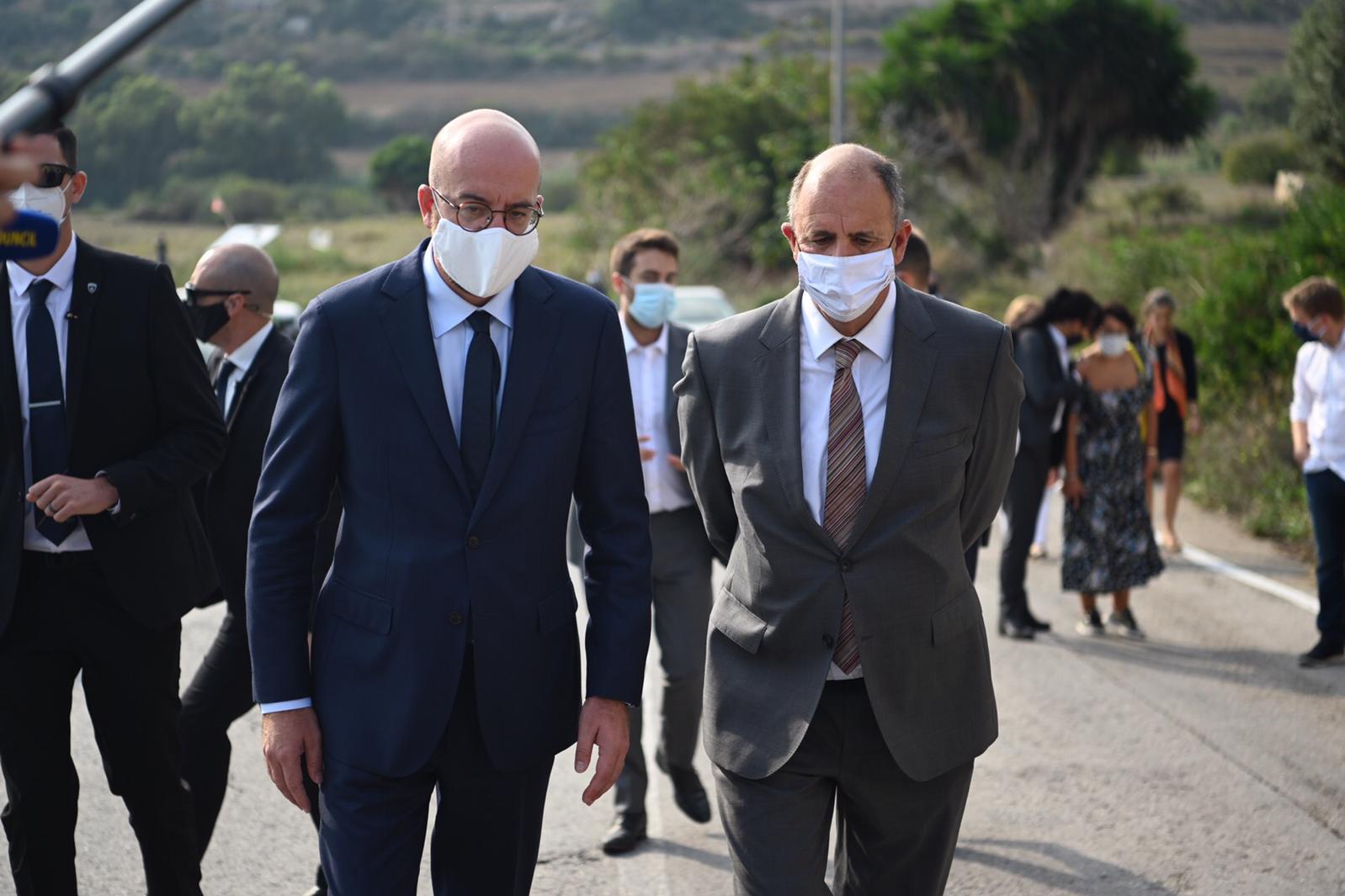 This was the second time an EU council president had paid tribute to the slain journalist.

In December 2017, two months after the assassination, then EU president Donald Tusk had laid flowers on Caruana Galizia's grave.

Michel had tweeted a picture of the gesture under the caption "Paying homage to journalist Daphne Caruana Gaizia who gave her life for freedom of speech, seeking the truth."