The Eurovision Song Contest will next year be held in the northern Italian city of Turin, organisers announced Friday.

Italy is hosting the 66th edition of the kitschy competition in May after the victory of lederhosen-wearing Italian rockers Maneskin this year in Rotterdam.

That event, watched by 183 million people, was Italy's third Eurovision win and its first for three decades.

Turin, which was home to the 2006 Winter Olympics and is hosting the ATP Finals tennis tournament next month, beat off competition from 16 other Italian cities that bid to host Eurovision 2022.

"We won! Turin has won!" mayor Chiara Appendino enthused in a statement posted on Facebook.

The event will be held at the PalaOlimpico arena, with the semi-finals scheduled for May 10 and 12, 2022, and the final on May 14.

The demands on venues are strict – hosts must provide an air-conditioned venue with a capacity of up to 10,000 in the main hall alongside space and facilities for a set, and room for artist, staff, audience and press facilities.

Eurovision Executive Supervisor Martin Osterdahl said Turin, a stately cultural centre situated at the foot of the Alps, was "the perfect host city".

"As we saw during the 2006 Winter Olympics, PalaOlimpico exceeds all the requirements needed to stage a global event of this scale and we have been very impressed with the enthusiasm and commitment from the city of Turin who will welcome thousands of fans next May," he said. 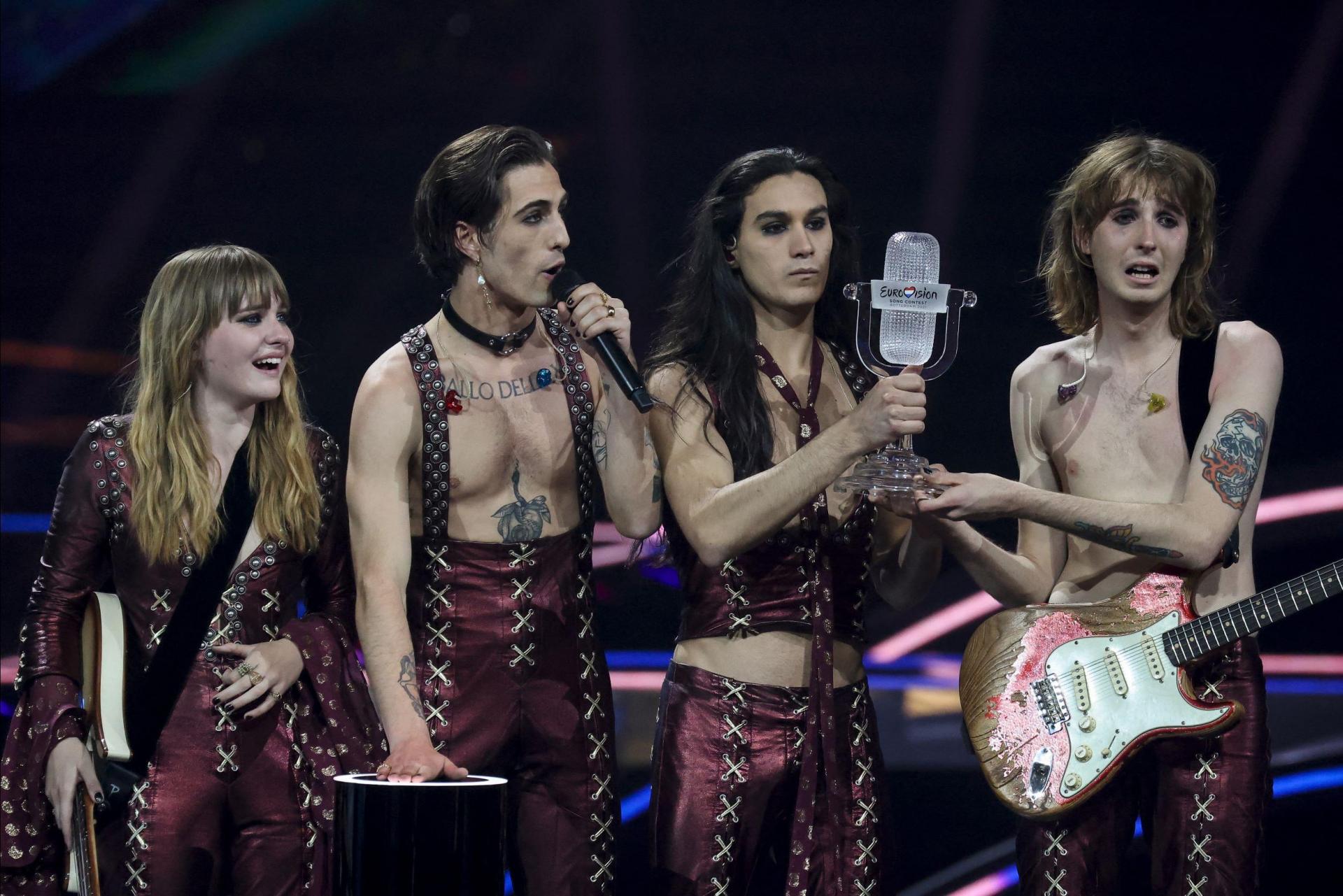 Italy's Måneskin celebrate on stage with the trophy after winning the final of the 65th edition of the Eurovision Song Contest 2021. Photo: Kenzo Tribouillard/AFP

Måneskin's Eurovision victory earlier this year kicked off a summer of successes for Italy after a devastating year of dealing with coronavirus.

Italy went on to win the Euro 2020 football championship, and sprinter Lamont Marcell Jacobs took the 100-metre title at the Tokyo Olympics. This week, Italian Giorgio Parisi was one of the recipients of the Nobel Physics Prize.