"Where are this week’s ‘What’s On’ listings?” you ask. Good question. Every Sunday, Times of Malta publishes a list of the events for the coming week. However, as public gatherings have been cancelled en masse due to the COVID-19 virus, we’re instead taking a closer look at the potential impact of the ongoing lack of events on the local arts and entertainment sectors.

For most of us, as ‘consumers’, it’s disappointing when events are cancelled, but there is considerably more at stake for event organisers, as ticket sales can be vital to balance the budget. A question mark hangs over how the situation will affect cultural entertainment provision in Malta, with many in the sector concerned about the possible long term consequences, how much damage will be caused and to whom.

It has been suggested that the most significant long term impact of this disease could turn out to be not so much on health, but on the pockets of individuals, and on the bigger, but not bottomless, pockets of businesses and government. With no end in sight, the economic cost is impossible to calculate. Meanwhile, event planners face ongoing financial losses as they pull their events from the calendar.

All major cultural operators in Malta have announced cancellations, postponements or closures. Heritage Malta has closed all national museums and cancelled events. The Manoel Theatre has suspended performances and preparations for future shows, galleries have closed, The Malta Philharmonic has withdrawn its engagements and numerous music festivals, concerts and live events have been cancelled.

Settling on new dates is a challenge in itself, given that no-one knows how long the situation will last. “Postponing our show Matilda the Musical in the interest of the public, cast and crew is the first priority,” explains Anthony Bezzina, Creative Director at Masquerade Theatre Company. “The MCC is trying to sort alternate dates. The plan is for Matilda to go on as soon as we get the green light from the powers that be.”

Local cinemas have taken a double hit, since, on top of closures, the virus has also delayed the production of new films. “Internationally, all major releases have been postponed,” says Kate De Cesare of Eden Leisure Group. And according to film analyst Mario Azzopardi, film production may also be impacted. “Besides cinemas, even films being shot in Malta will be affected. I assume that even small local productions are being affected, including the shooting of episodes of telenovelas for local television.”

Prime Minister Robert Abela has also advised that weddings are considered to be mass activities and should be postponed until further notice. This will impact musicians, DJs, audio technicians, lighting technicians, and other related performers, especially during the summer season.

This week, the government announced that all bars, restaurants and clubs would close. Even before this latest development, Sliema’s live music venue Hole in the Wall had already announced a temporary closure in light of the nature of its business “which brings people together and exposes our staff to hundreds of people on a daily basis”, and Hugo’s had already taken the decision to close its pubs, restaurants and bars in Paceville.

Support services to the Arts are also being impacted. PR agency Write Me Anything works on a large number of shows and events. “We’ve seen everything from massive musicals and concerts to smaller fringe theatre pieces and fashion shows call time on their events” explains founder Jo Caruana. “It is difficult, because we don’t know when everything will be up and running again, but we are all in the same boat so everyone is being very supportive.”

The global picture is much the same. Major cultural events have been cancelled in all areas of the Arts worldwide. Television shows have put filming on hold, Broadway shows have closed down and concerts, festivals, ceremonies, book fairs, tours, shows and movie premieres have been cancelled or postponed, as cinemas, museums, theatres, opera houses and concert halls close their doors.

Apparently taking the brunt (of the financial impact at least) are the event organisers, artists, performers, producers and venues themselves. While some provision is government funded, many event organisers are self-employed individuals, non-profit organisations or private companies.

A case in point is Art Basel, arguably the world’s most important art fair. The recent cancellation of its 2020 Hong Kong event resulted in a 32% drop in the share price of its holding company MCH Group. Regardless of its size, the financial impact of cancellation on an event planner is immediate. The likes of international cultural players like Art Basel may bounce back, but for much smaller fish, like those in the Maltese pond, event cancellations threaten to be terminal. 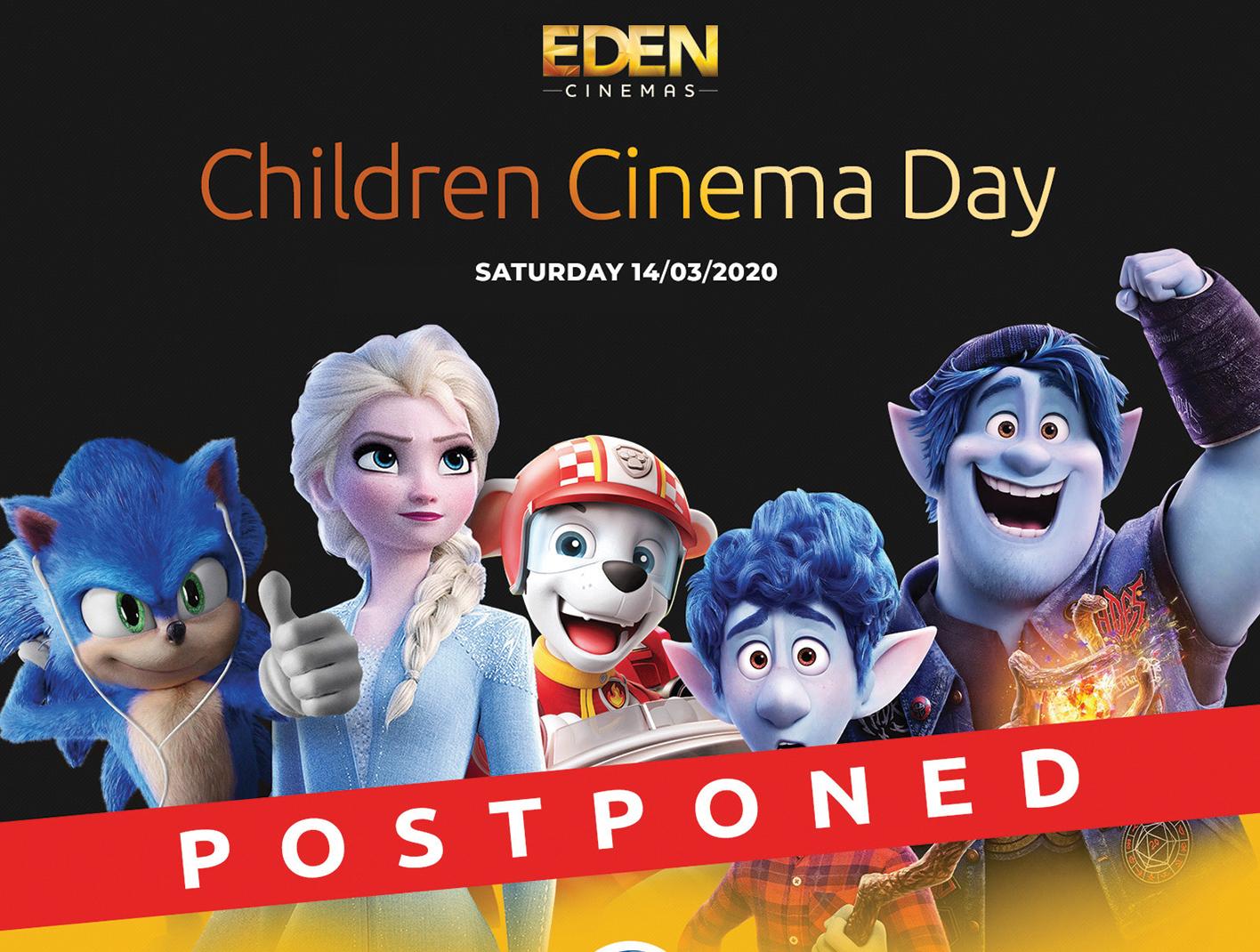 The Eden Cinemas are temporarily closed due to the COVID-19 situation.

What impact could it have?

While the fallout from the disruption cannot be quantified at this point, either globally or locally, one thing is certain, the global economic impact is already considerable, with some financial analysts predicting a world-wide economic crisis.

The Times of Malta reported this week that the European Commission expects EU economies to shrink in 2020, possibly to below zero. In a climate such as this, Arts funding is often the first on the chopping board, and any cuts will ultimately filter down to us here in Malta.

That being said, most of us in the Arts community will want to know how it will affect us in the immediate future. The self-employed represent a significant proportion of workers in the sector and are probably the most vulnerable financially. For salaried workers, while employment law applies, there is confusion for some on pay during quarantine and how it might impact leave allowances. While a proportion of the sector is government-funded, private sector employers in the creative industries and the self-employed are currently bearing financial losses due to event cancellations.

Wesley Ellul is co-founder and director at Ticketline and director at Big Ticket Events. He explains: “This will literally cancel 80 per cent of all events which were planned to occur in the next three months, and possibly stop organisers from risking to produce other events for three to six months more.

The likes of international cultural players like Art Basel may bounce back, but for much smaller fish, like those in the Maltese pond, event cancellations threaten to be terminal

“It won’t be just the artists that will suffer. All the supporting companies which work within the arts sector will feel this pinch, from private theatres (public ones are funded), to lighting and sound suppliers, those in set construction, seamstresses, make-up and those in advertising. And these ones could be more worrying, as many have full time staff, plus capital repayments to deal with on their equipment purchases etc., and may not make it out of this event in one piece.”

Film analyst Mario Azzopardi paints a similar picture when it comes to cinema, anticipating closures which will ultimately “have an everlasting effect on cinema attendances in Malta, which are already not in very good shape.”

With job losses and bankruptcy becoming a very real possibility, key figures in the sector discuss the situation and share their concerns on pages 36-37.

Sister Act, the musical at the Astra Theatre has been postponed.

What can be done?

Currently, there appears to be no globally coordinated strategy when it comes to support measures, each country taking it upon itself to adopt its own. In Germany, the Minister of Culture Monika Grütters has announced a sizeable aid package for the creative and cultural industries. Declaring “I will not let them down!” Grütters explains that the industry is “particularly hard hit and partially existential due to event cancellations, order cancellations or breakdown of income from ticket sales and the loss of fees without replacement. It therefore urgently needs help to offset the major burdens.” Will the Maltese government follow the example of the financial support Germany is offering its cultural workers?

Early this week, the Maltese government announced support measures for businesses in the form of tax ‘deferrals’. Deferring tax may do little to prop-up the Arts sector, however, since that which is not state-run is either not-for-profit or may not generate significant taxable profit in the first place. Since tax is only paid on profits (with the exception of VAT), this measure is fairly ineffective in helping companies who need liquidity, or in preventing them from sliding into losses.

Later in the week, further support measures were announced, including loan guarantees, financial aid for companies whose operations have been suspended and for those with employees on quarantine leave. The self-employed can claim a proportion of work lost, and workers obliged to stay at home to care for children missing school will also receive support.

While there are no specific measures targeting the cultural sector, presumably it is just as eligible for support as any other. The big question is if, and to what degree, these measures can serve to compensate event planners for loss of ticket sales and other event-related income.

Meanwhile, during this period of uncertainty, we are being called upon as individuals to do our part to alleviate the situation. Organisers are legally obliged to offer reimbursements on cancelled shows or offer new dates, as is the case with musicals such as Sister Act (Astra Theatre, Gozo) and Mathilda (Mediterranean Conference Centre – MCC), which have been postponed rather than cancelled.

This is where we can do our part. If you have bought a ticket, while you are entitled to a refund, it’s your choice whether to claim one. Livelihoods may depend on how we respond as customers, and we are being encouraged to support the industry by thinking carefully before we ask for our money back, whether it’s due to a postponement or an outright cancellation.

H. E. Andreas Stadler, Ambassador of Austria to Malta, is involved in a number of cultural-exchange events bringing performers to Malta from Austria and vice-versa. The ambassador is calling on the public to “support the arts by not cancelling our tickets to support artists who will not have an income for the next two or more months.” 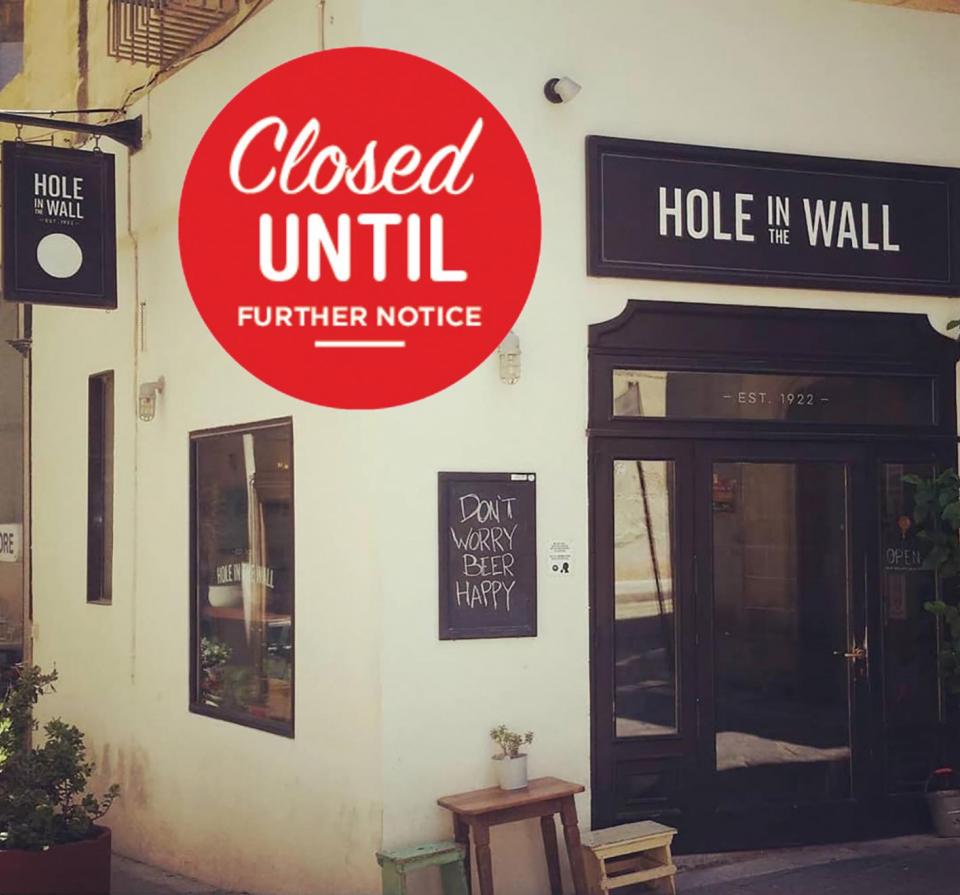 “I would like to explore whether a structure could be created whereby those members in the community who, like me, are in a more secure position, can be of support, even on a financial level, to those who have been more seriously affected by the latest developments, especially if the situation worsens. Any ideas of how such a structure can be implemented are more than welcome. I believe that as a community we need to support each other, especially in these difficult and challenging moments.”

Ultimately, those directly affected may find themselves at the mercy of the decisions made by the authorities around the support they are prepared to offer. Meanwhile, it seems we do have some personal power to minimise the damage to the people and organisations bringing us our much-loved cultural entertainment, and it’s up to us how we respond.

In view of the ongoing nature of the situation, we envisage continued coverage of this topic, therefore relevant comments and contributions are welcome, either from members of the public, from government authorities or from cultural providers and event organisers. Feel free to submit your comments on this article on the Times of Malta website or to send them by email to laura@allura.com.mt. Please be aware that your comments may be quoted in future editions.