The demand for blood donors rises during the festive season because of a possible increase in accidents, and the transfusion unit is appealing for people to help keep an adequate stock of this “unique gift of life”.

Blood donation is literally a lifeline for those who need regular transfusions, according to Claire Mercieca, who has just lost her husband, Trevor, to leukaemia.

Mr Mercieca, who needed about 65 bags of blood in his last six months and a bag of platelets every day, used to describe donations as a “daily gift of life”.

“While he was receiving treatment, our fear was always a shortage of blood. When you love someone dearly, but you are limited in what you can do to make him feel better, you feel helpless. And that’s when donors stepped in,” she told this newspaper. 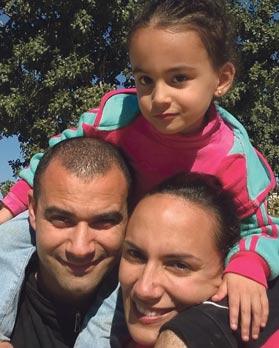 Mr Mercieca, a former blood donor, was diagnosed on May 28, 2014, and spent five months in the UK, where he also underwent a bone marrow transplant. He passed away exactly two years later, on May 28 this year, four months before his 36th birthday.

Ms Mercieca said that, as part of his treatment, her husband needed blood transfusions. Whenever there was a shortage, treatment was never postponed for more than a few hours, because donors always heeded the National Blood Transfusion Service’s appeals.

She recounted that, since the donors’ name was always replaced by an unidentifiable number on the blood bag, Mr Mercieca used to dedicate his daily prayers to the specific donor number on his transfusion bag.

“Donors meant a lot to Trevor, because without blood, he would not have made it from day to day. He used to look forward to every transfusion, because when his blood levels dropped, he felt weaker and short of breath.

“Every single bag of blood is priceless.

“Many people don’t realise that blood donation is a matter of life and death, and thank God for donors. I used to marvel at how quickly donors responded whenever there was an appeal for blood donation,” Ms Mercieca said. 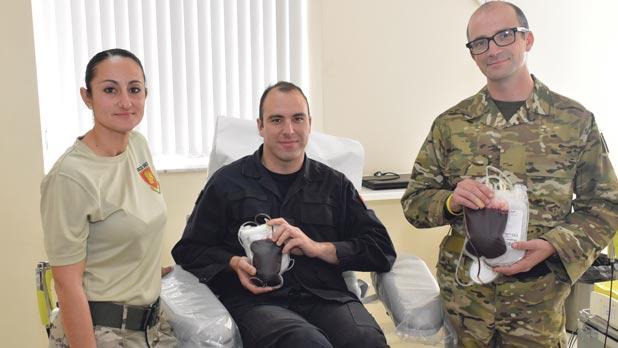 Just last week, the stock of one of the most common types, O+, was low.

Asked what would happen if there was no blood available, Tony Micallef, the practice nurse in charge of donor liaison, said that in the worst-case scenario, treatment for cancer patients could be postponed by a couple of days. That would be followed by a delay of certain operations.

However, he noted that so far, whenever the NBTS noticed a drop in the stock and appealed for donations, people rushed to the Guardamangia premises to donate.

In the days leading to Christmas, there was an average of 25 donations a day, but that increased on December 23 following an appeal on social media. A total of 86 people went to the blood transfusion unit on Christmas Eve, 36 on Christmas Day and 115 on Boxing Day.

There were 36 donations from Gozo and 16 first-time donors on Tuesday. Mr Micallef noted that an average of 50 bags was needed every day. However, the ideal stock during the festive season was higher than usual in anticipation of the likely increase in traffic accidents.

The NBTS this year joined forces with the Road Safety Council and the Health Promotion Directorate, among others, in a bid to raise awareness about responsibility on the roads and to maintain an adequate blood reserve in the event of accidents.

As Mr Micallef was speaking to this newspaper yesterday, three Armed Forces of Malta bombardiers were donating a bag of blood each.

Sabrina Micallef, Jonathan Azzopardi and Glen Catania had just completed what is known as an SNCO cadre course and wanted to wrap up the experience by “giving the gift that does not cost money”, as Bdr Catania put it. The three hope that prospective soldiers who enrol for the course keep up the tradition of polishing off their training by donating blood.

Bdr Micallef added that the process took only an hour, adding that in her opinion, those who were scared of donating blood could overcome the fear just as she had done 16 years ago. She first gave blood around Christmastime and has never looked back.