Ex-deputy police chief Silvio Valletta has defended going on football holidays with Yorgen Fenech in 2018, arguing that to do so would "show my hand" about police information on the businessman.

Valletta also told the public inquiry into the murder of Daphne Caruana Galizia that he did not disclose the friendship between the pair despite the businessman's links to alleged corruption.

However, he denied a claim by the former head of the Economic Crimes Unit, Ian Abdilla, that he called off a planned police investigation into Fenech concerning his ownership of controversial secret company 17 Black, when it was revealed by Times of Malta.

Despite being aware of the ownership, Valletta went on two trips abroad with Fenech - first to Kiev to watch the Championship Final in May 2018 and then to London to see a Chelsea match the following September.

"I could not say no because I would reveal my hand," he told the inquiry, admitting that "in hindsight", the decision had harmed his career. Valletta's wife, Labour MP Justyne Caruana, had resigned as Gozo Minister after Times of Malta exposed the football trips abroad.

He said that his friendship with Fenech began in 2016, when the two men were introduced at Fenechs' Żebbuġ farmhouse by doctor Adrian Vella.

Valletta however denied leaking any information about the Caruana Galizia murder investigation to Fenech.

"He never asked me about anything and so it never crossed my mind that he was involved in the murder," the former deputy police commissioner said.

Valletta said it was after he left the police force later that year that Fenech was connected to the murder.

In November 2019, Fenech was arrested and charged with conspiring to murder Caruana Galizia in a car bomb outside her Bidnjia home in October 2017. He denies the charges.

2.12pm The inquiry will resume at 2pm on Wednesday when Brian Tonna and Karl Cini from accountancy firm Nexia BT will give evidence. That's all for today.

2.08pm Valletta is asked about Inspector Keith Arnaud's testimony at the compilation of evidence, when he said police knew Theuma had a problem with someone. Then police learnt that Theuma was recording Fenech.

Valletta said he did not know anything about this and had left the police at this stage.

Asked finally if he leaked any information, Valletta replies 'no' and, with that, his testimony is over and he leaves the hall.

2.05pm Valletta is asked about a possible link between the murder and fuel smuggling.

He says that they were given that possible link by "Italians" and that police passed on this information to Europol, or otherwise it would not have intervened to assist one country alone.

Was that line of investigation disclosed to the Office of the Prime Minister, he is asked. "Maybe. At some briefing," he says.

He offers to explain further behind closed doors.

2.01pm Valletta points out a timeline: he stepped away from the investigation in June 2018 after a court judgment ruled there was a conflict of interest because of his role in the FIAU and his marriage to Gozo minister Justyne Caruana. Six months later he left the police.

The inquiry judges tell him that witnesses had said he was leaking info to Yorgen Fenech.

The judges ask, "Do you agree that this case caused you great harm? And to the police force too?" 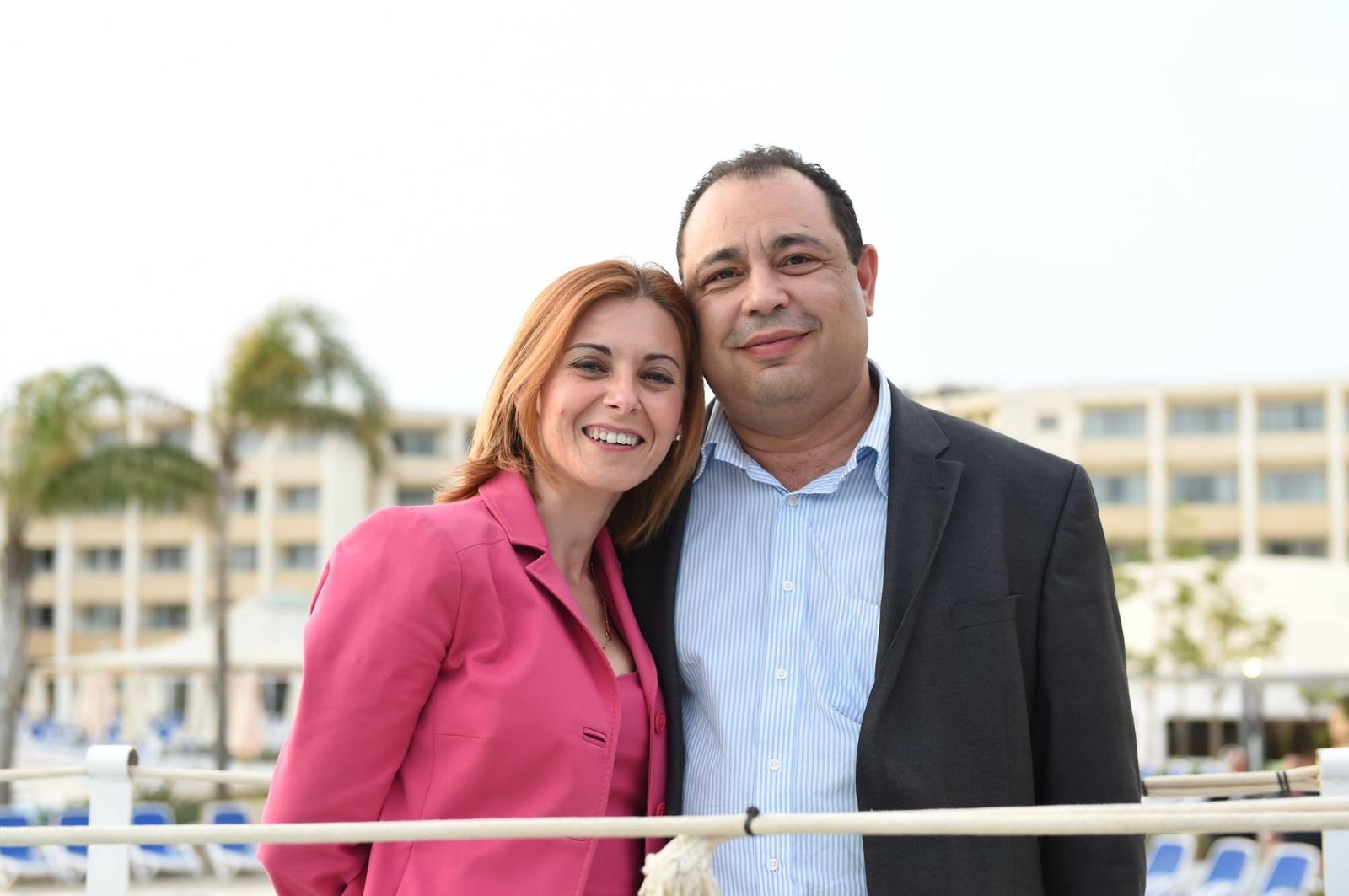 'It's not true that his kids called me uncle'

1.55pm The inquiry returns to discussing Valletta's two 2018 football trips with Fenech: one in May to Kiev, and a second in September when they went to London to watch a Chelsea match.

"Yes. But it’s not true that his kids called me uncle, that’s not true," Valletta says.

He says that he did maintain his friendship and "with hindsight" agrees that it harmed his career.

He says that it was after he left the force that Fenech became involved in the murder.

"He never asked me about anything and so it never crossed my mind that he was involved in the murder," Valletta says.

He says he knew Fenech had "a problem" with Theuma, but did not ask him anything about it.

'I only knew Theuma from the papers'

1.51pm Valletta says that he told no one about his friendship with Fenech and admits "with hindsight perhaps I was wrong in accepting the invitation."

He says Fenech never asked him about police investigations on 17 Black, "so I felt there was nothing wrong." He says he knew 17 black was his because of the FIAu report.

"I don’t know that guy. Only in the papers."

But judge Abigail Lofaro exclaims: "Melvin Theuma had a case before me as magistrate! How could you at CID not know who MT is?"

'I swear on my kids lives I never mentioned the murder'

1.45pm Valletta says he went to Fenech's "ranch" some six times - a reference to the businessman's Zebbug farmhouse.

He says he got to know him in 2016 at a dinner, through a common friend, Adrian Vella [a doctor who has admitted passing notes between Fenech and Schembri after the former's arrest over the murder.]

"That’s how our friendship started but I swear on my two kids that I never spoke to Yorgen Fenech about the crime. Never, never. Not even about 17 Black."

1.38pm Questioning now turns to Valletta's trips abroad with Fenech in 2018. One of them to Kiev, for the Champion's League final, is raised.

Valletta says he felt he could not say no because he would "reveal my hand".

"There’s no such thing as a free lunch. Couldn’t you have just said no? Let him compromise you," he is asked.

"That’s not how I saw it at the time," Valletta says.

Asked how much it cost, Valletta says: "I wanted to pay but he paid for everything."

Valletta insists at the time, he didn't know about his link to the murder.

But weren't the 17 Black revelations enough? he is asked.

Valletta says he did not feel comfortable saying no to the invite.

1.32pm Valletta is asked about whether he took action in May 2018, when he knew of a connection between Fenech and Melvin Theuma.

Valletta says that he did not attend Security Service briefings. Inspector Keith Arnaud did, and then reported back.

He says he did not receive any calls from the Office of the Prime Minister after these briefings.

1.26pm Comodini Cachia asked how police briefings at the Office of the Prime Minister about the murder began.

As for the call from Keith Schembri that day, Valletta says Schembri used an ironic tone.

He says he met Keith Schembri socially some two or three times.

Judge Said Pullicini goes back to the Keith Schembri call. "When he told you 'is that how you investigate people, on the basis of a news report, did you tell Keith Schembri what evidence you had in hand?"

Asked if he followed or tracked Fenech after the day and if there was any surveillance. Valletta at first says 'I don't know', then elaborates that no, there was no surveillance'.

'Schembri occasionally called me about work'

1.19pm Lawyer Comodini Cachia says that there were three witnesses who said that Valletta told them to turn back from questioning Fenech.

Valletta responds "not likely" to the first question and "I didn't ask him" to the second one.

He says that Schembri would "occasionally call me about work" but never about former Energy Minister Konrad Mizzi or Prime Minister Joseph Muscat.

"Keith Schembri would be present at Castille briefings on the murder, so he didn’t need to call me. He was the right hand man of the prime minster," he says.

"I felt that I had to answer him."

1.11pm Valletta is asked about claims, previously heard in the inquiry that he told Ian Abdilla not to question Fenech about his links to 17 Black.

Valletta says he got a call from Keith Schembri who told him: “Is that what you do? Investigate people on the basis of a simple news report?”

Times of Malta had revealed the connection between 17 Black and Fenech.

Valletta says that he called Abdilla to ask if he was investigating Fenech. Abdilla said yes he was, on the basis of the Times of Malta report.

But at no point did I tell him not to, because Fenech was ill, he insists. He strongly denies that he spoke to Fenech that day. Abdilla told him that superintendent at the Economic Crimes Unit, Ray Aquilina had called Fenech to tell him they were going to speak to him.

"I told Abdilla 'keep me posted. I did not tell them to go back, at any time."

"One of you is lying," the judges say. "Abdilla said that you told them not to go that day. And he said it, not once."

1.06pm Valletta complains that the police did not have sufficient resources to investigate FIAU reports. He says: "We could gather information from Malta but the matter became more difficult when evidence was needed from abroad".

He says information was sought from foreign jurisdictions.

"And the bird flies away in the meantime," one of the panel remarks.

1.01pm Valletta says he was told about Yorgen Fenech being the owner of secret offshore company 17 Black by Ian Abdilla, head of the Economic Crimes Unit.

He said he had no meetings with the commissioner or former prime minister's chief of staff Keith Schembri on the matter.

Asked what he did about it, Valletta responds: "Ian Abdilla always told me that they needed concrete evidence."

Police could not use FIAU reports as evidence, Valletta explains.

[For background: Times of Malta previously revealed emails that showed 17 Black was set up to pay money into the offshore accounts of Schembri and former Energy minister Konrad Mizzi.]

12.52pm Valletta is asked about his role on the FIAU board. He explains that the board is not told about investigations.

The board would only get to know about an investigation against someone if his lawyer writes to the board registering some objection.

12.46pm Valletta is asked for his take on why police did not raid now-defunct Pilatus bank on the night in April 2017 that allegations were made that documents were held there showing secret offshore company Egrant was linked to prime minster Joseph Muscat.

Valletta recalls calling the Attorney General, Peter Grech, who told him that one cannot open magisterial inquiry based on a blog post by Caruana Galizia.

Grech himself told the inquiry this just last Friday. Read his testimony here.

The former deputy police chief says he relayed that advice to the police commissioner. He says that former Pilatus Bank owner Ali Sadr Hasheminejad, Ali Sadr had left the bank that night but no one had told him that he was carrying a suitcase.

Valletta says the then Attorney General twice advised him against acting.

12.43pm One of the inquiry board, Michael Mallia, begins by asking Valletta if there are any ongoing magisterial inquiries relating to him. He answers, no, not as far as he knows.

Valletta then gives a brief overview of his work, including 20 years at CID. At the Economic Crimes Unit, he relied mostly on Ian Abdilla who was better experienced in financial crime, he says.

12.38am Silvio Valletta has arrived and is called to the witness stand. In hall 20, watching proceedings are Daphne Caruana Galizia's sisters, Corinne and Helene.