A €100,000 transaction between Keith Schembri and his auditor Brian Tonna was “crazy” and should never have been allowed to take place, a former Pilatus Bank non-executive director told the Egrant inquiry.

The transaction, a suspected kickback on passport sales, has been the subject of a criminal inquiry since April 2017.

Mr Tonna has claimed the €100,000 transaction was a repayment of a “loan” given to him by the prime minister’s former chief of staff in 2012, after he went though a rough patch due to separation proceedings.

Philip Mercieca, a retired professional banker, told the Egrant inquiry that such a financial relationship between an auditor and his client was unheard of.

Mr Mercieca had confronted Mr Sadr about the bank’s relationship with Mr Schembri during a board meeting a day after slain journalist Daphne Caruana Galizia claimed the mystery Panama company Egrant was owned by Prime Minister Joseph Muscat’s wife Michelle.

The former bank chairman is facing a 125-year imprisonment in the US on money-laundering and sanctions-busting charges. He denies the charges.

No evidence linking Ms Muscat to the mystery company was uncovered by the Egrant inquiry.

The former banker said Mr Sadr played down the significance of Mr Schembri’s account at Pilatus.

He told the inquiry Mr Sadr said the prime minister’s then chief of staff only had a personal account which did not contain large balances at the bank.

Mr Mercieca said he was also assured by the bank’s former chairman that Pilatus no longer had any connection with Brian Tonna.

A leaked FIAU analytical report raised suspicions that a loan agreement presented to the bank to justify the two €50,000 payments was “bogus”. No trace of the original loan payment by Mr Schembri to Mr Tonna was ever found.

The obligation to repay the “loan” was later transferred to Willerby Trading, a British Virgin Islands shell company secretly owned by Mr Tonna. 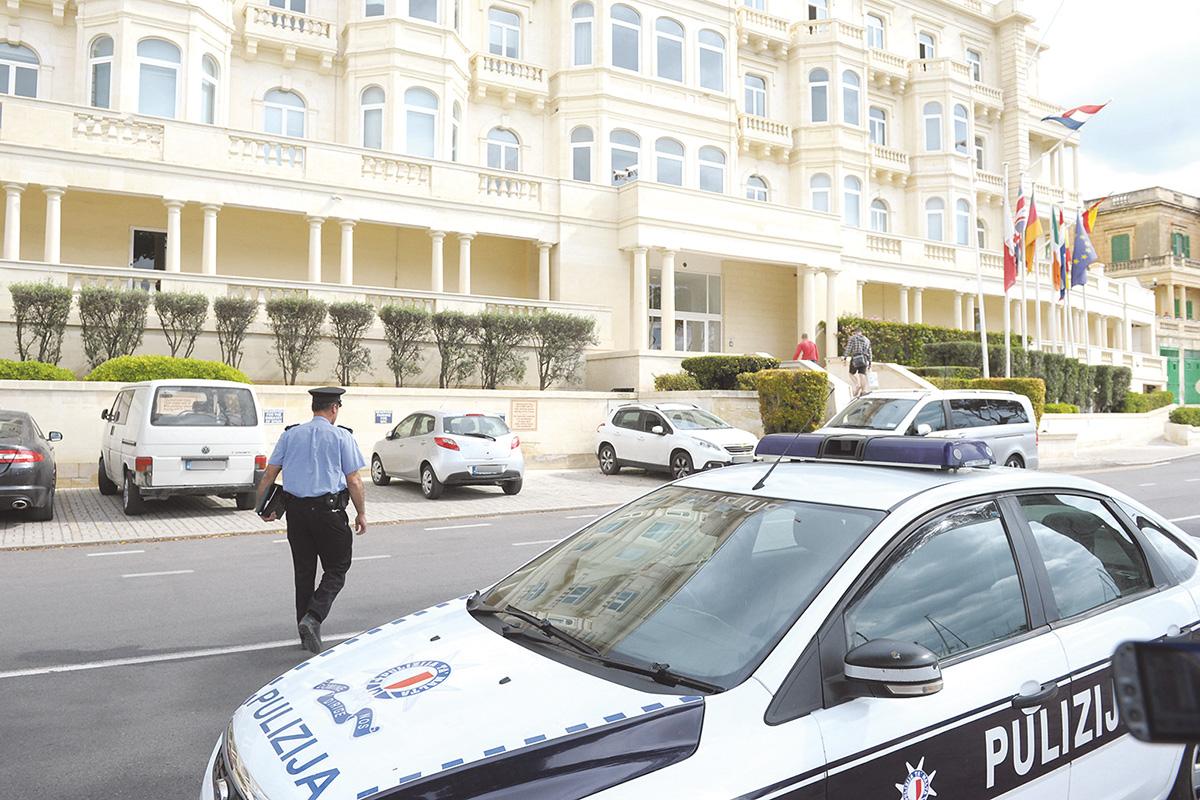 The former Pilatus Bank offices were located at Ta’ Xbiex.

Mr Mercieca told the inquiry that he was no longer comfortable being associated with the bank after Daphne Caruana Galizia claimed it was being used as a money-laundering vehicle.

“There are certain things I was not very happy with. The Keith Schembri connection, the Azerbaijan accounts. Those things I am not happy with anyway and I am not prepared to carry anyone.

“I am retired. I am 70 years old… I did not want to have anything to do with these allegations. I resigned with immediate effect,” Mr Mercieca said.

A wider police investigation into the bank’s transactions was ordered by Egrant magistrate Aaron Bugeja, who was since promoted to judge.

Mr Mercieca said he was aware from “outside sources” that Mr Sadr knew Prime Minister Joseph Muscat and was friends with his former chief of staff.

One time, Mr Sadr suddenly left a board meeting after saying that the prime minister had “sent for him”.

Mr Mercieca said most of the clients at the now shuttered bank were referred to Pilatus by Ali Sadr.

Mr Mercieca, who used to chair Pilatus’ internal audit committee, said he had warned the bank’s board to steer clear of local politically exposed persons (PEPs).

Mr Mercieca said he first sounded the warning about local PEPs after former EU Commissioner John Dalli approached another of the bank’s directors about opening an account.

He told the inquiry that as a non-executive director, he was not involved in the day-to-day running of the bank.

Mr Mercieca said he only found out Mr Dalli went on to open account after slain journalist Daphne Caruana Galizia highlighted it in her blog.

Mr Mercieca said Nexia BT managing partner Brian Tonna’s relationship with the bank had never been discussed at board level, though Mr Schembri’s connection was discussed towards the end.

The former Pilatus director said he started asking questions about certain relationships the bank had after the Panama Papers leaks in 2016.

He received confirmation from Pilatus Bank’s former head of legal and compliance, Claude-Anne Sant Fournier, that Mr Tonna had opened an account for Willerby Trading on November 28, 2014.

This account was closed on May 5, 2016, shortly after the Panama Papers leak revealed Mr Tonna’s ownership of Willerby Trading.

Critical FIAU report not seen by board

Mr Mercieca said things came to a head in April 2017, after he found out about the contents of an FIAU report finding serious shortcomings in the bank’s anti-money laundering procedures from the media.

The former banker said Mr Sadr had merely informed the board in 2016 that the FIAU’s conclusions from an onsite inspection that same year were flawed.

Mr Mercieca said the bank’s former chairman went on to present a letter to the board from the FIAU, saying the explanations received were satisfactory.