Former police chief Raymond Zammit and his brother acquired three plots of land in Mosta for a paltry sum after benefitting from a “ministerial policy” which affected the valuation process.

Official documents show that the land value was calculated as if the government was buying rather than selling three adjacent plots in Triq il-Fortizza, Mosta.

There was no estimate by an architect to determine what the plots were worth, as is normal practice when the government sells public land.

Mr Zammit and his brother were the only bidders for each of the three tenders advertised by the Government Property Division (Land Department) last April.

The advert did not contain a minimum value being requested for each plot of land, usually based on an architect’s evaluation.

Replying to questions from The Sunday Times of Malta, the GPD said: “The department’s estimate was exceeded.”

When pressed to state what the estimate was based upon, the Planning Parliamentary Secretariat said a mathematical calculation was used.

“In this case, the estimated value was mathematically computed in accordance with a ministerial approved policy which states that the ‘value of the land should be based on the value of the land when it was acquired by the current occupier adjusted according to the inflation index plus an annual five per cent till date of sale’,” the secretariat said. 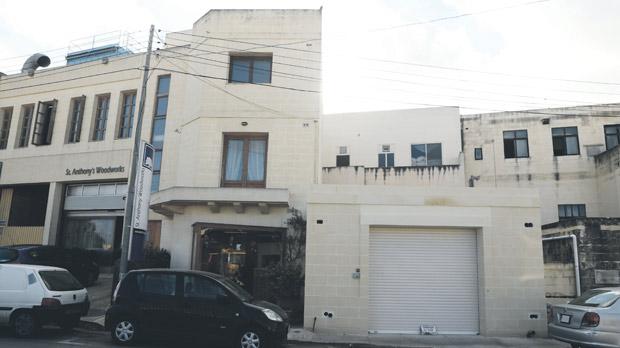 The three plots of land in Mosta acquired by Raymond Zammit and his brother are adjacent to the shop in the picture. Photo: Darrin Zammit Lupi

This is a calculation used when the government is expropriating land for public benefit.

When the government sold land by tender under the previous administration, an architect’s evaluation was invariably required.

When this newspaper questioned the procedure and asked for a copy of the ministerial policy, no reply was forthcoming.

Nor did the Planning Parliamentary Secretariat respond when asked whether this was a ministerial decision particular to this case rather than a ministerial policy.

From 2009, publication of the minimum value estimated by the architect was standard procedure, as can be seen from official records.

However, today this procedure is only followed at the Commissioner’s discretion.

“The department’s policy is that in calls for tenders for the disposal of land which is subject to the right of first refusal or primarily interest only one person, the minimum value is not published,” the secretariat said.

When The Sunday Times of Malta contacted Mr Zammit, the former police chief initially said he had no idea what case the newspaper was referring to.

He asked for questions by e-mail, which were then answered by his lawyer Ian Spiteri Bailey.

He described the “long years of legal saga they [the Zammit brothers] had to endure following a notice sent to them by the Land Department to vacate… part of the land over which the Zammit family members have their place of abode”.

The families were asked to vacate a portion of land over which they had part of their homes built because they did not have a valid title to the land (since it was government property). The notice was “strongly contested”, the lawyer said.

The Zammit family held responsible the previous owners of the land and instituted legal proceedings against the Land Department contesting the validity of the title it “was alleging to have over the land”.

Despite court proceedings, it was the tenders issued last year that allowed the Zammit families to acquire the land in question.

The lawyer said the government’s title over the land was “very weak” so the families were given right of first refusal in the tenders issued.