Right from the first excavations carried out in the area known as Tas-Silġ, Marsaxlokk in the 1960s by the Missione Archeologica Italiana, it was evident that this was a significant archaeological site. 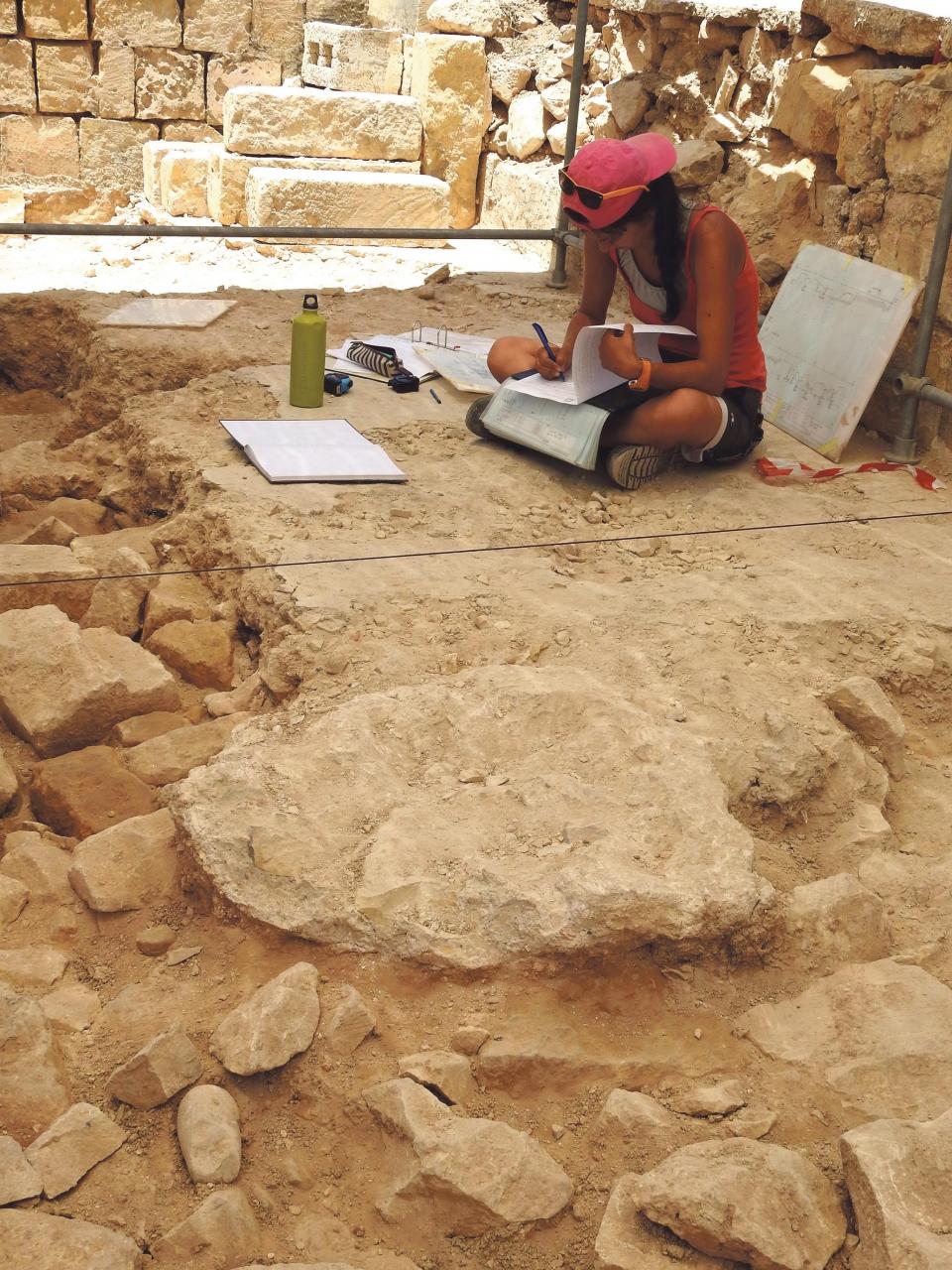 Finds of the latest excavations being documented.

Throughout the years, the site continued to unravel further discoveries and a current excavation by Heritage Malta − in collaboration with the Department of Classics and Archaeology at the University of Malta and with support by the Superintendence of Cultural Heritage − confirmed once more that the ancient site has a more complex story than previously thought.

The new findings came to light when Heritage Malta and the Ministry for  Culture embarked on a new project to restore and transform a 19th-century farmhouse to serve as a small visitor centre.

“The farmhouse was never excavated and so this project offered a unique opportunity to get a glimpse of what has been hiding beneath it,” David Cardona, Heritage Malta, senior curator and Tas-Silġ project director, said.

This project also served as an opportunity to a group of students reading for an undergraduate degree in archaeology at the University who were involved in this excavation as part of their formal fieldwork training.

The first systematic archaeological investigations of the site which were carried out by the Missione Archeologica Italiana had uncovered substantial structural remains of a multi-period sanctuary, ranging from the Neolithic to the Phoenician, Punic and Late Republican Roman period.  On the other hand, the University studies, which took place to the south of the main site, led to the discovery of a substantial amount of pottery fragments and animal bones. 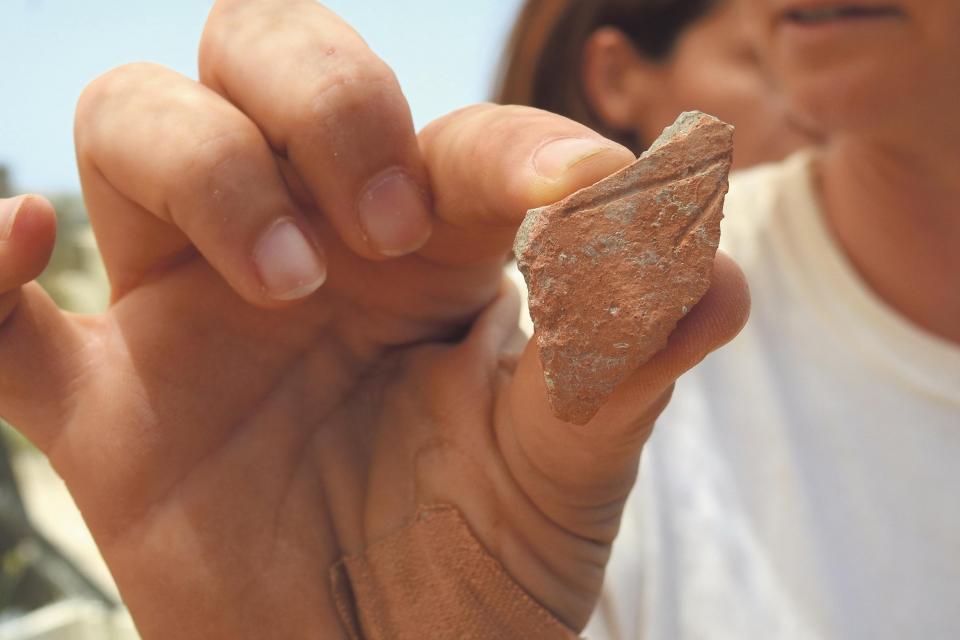 A pottery fragment with an inscription found during the current excavations.

Tas-Silġ site director and University lecturer Maxine Anastasi explained that pottery fragments can reveal much information, including the different periods when the site was in use, how the pottery was made and from where the material was obtained, how the pottery was utilised and what people were eating.

“Inscribed pottery can provide further data and these were found in their hundreds at the southern site of Tas-Silġ,” she said.

Dr Anastasi revealed that the current excavations have also yielded pottery, some of which had inscriptions, animal bones, as well as other artefacts such as Punic and Roman building materials and fragments of architectural cornices that once adorned the temple façade.

According to Heritage Malta field archaeologist and Tas-Silġ site director Francesco Fontanelli, a strong point of this site is that it offers unparalleled insights about the various cultures that were present on the islands since the Temple Period and how every new culture interacted with their predecessors and the structures left there by them.

“Even the farmhouse forms part of this narrative and this year it was time to disclose its story,” he said. 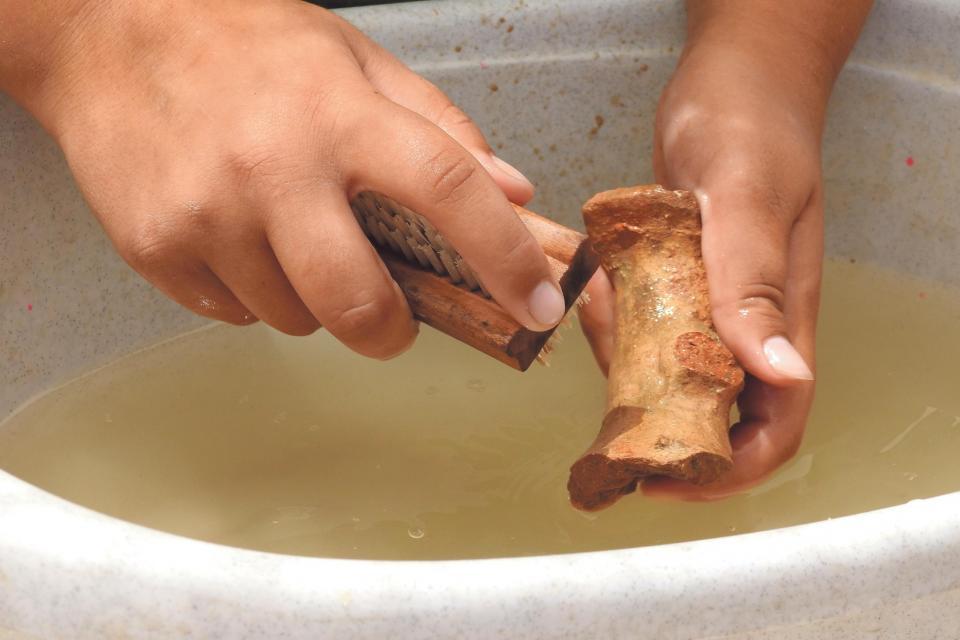 The newly-found pottery being washed.

The removal of the floors of the farmhouse has, in fact, uncovered further important archaeological remains, including a succession of floors and walls, mostly related to the extensions constructed in the Republican period.

The new discoveries have also identified a number of ‘robber’ or spoliation trenches which were dug in more modern times to exploit the good building stone of the ancient temple.

John C. Betts, senior lecturer at the University and also Tas-Silġ site director, explained that all the excavations inside and around the farmhouse were duly documented.

Photos were taken in all the areas to produce 3D models of the site during and after the excavations.

A drone will eventually also be used to produce a photographic map of the entire site and a 3D model of the area.

Asked whether the Tas-Silġ site could be far more extensive than what was discovered until now, Dr Cardona explained that the present boundaries of the site were built on the same lines of the properties which were expropriated at the time of the original 1960s excavations.

Therefore, it is possible that these do not necessarily reflect the size of the site. 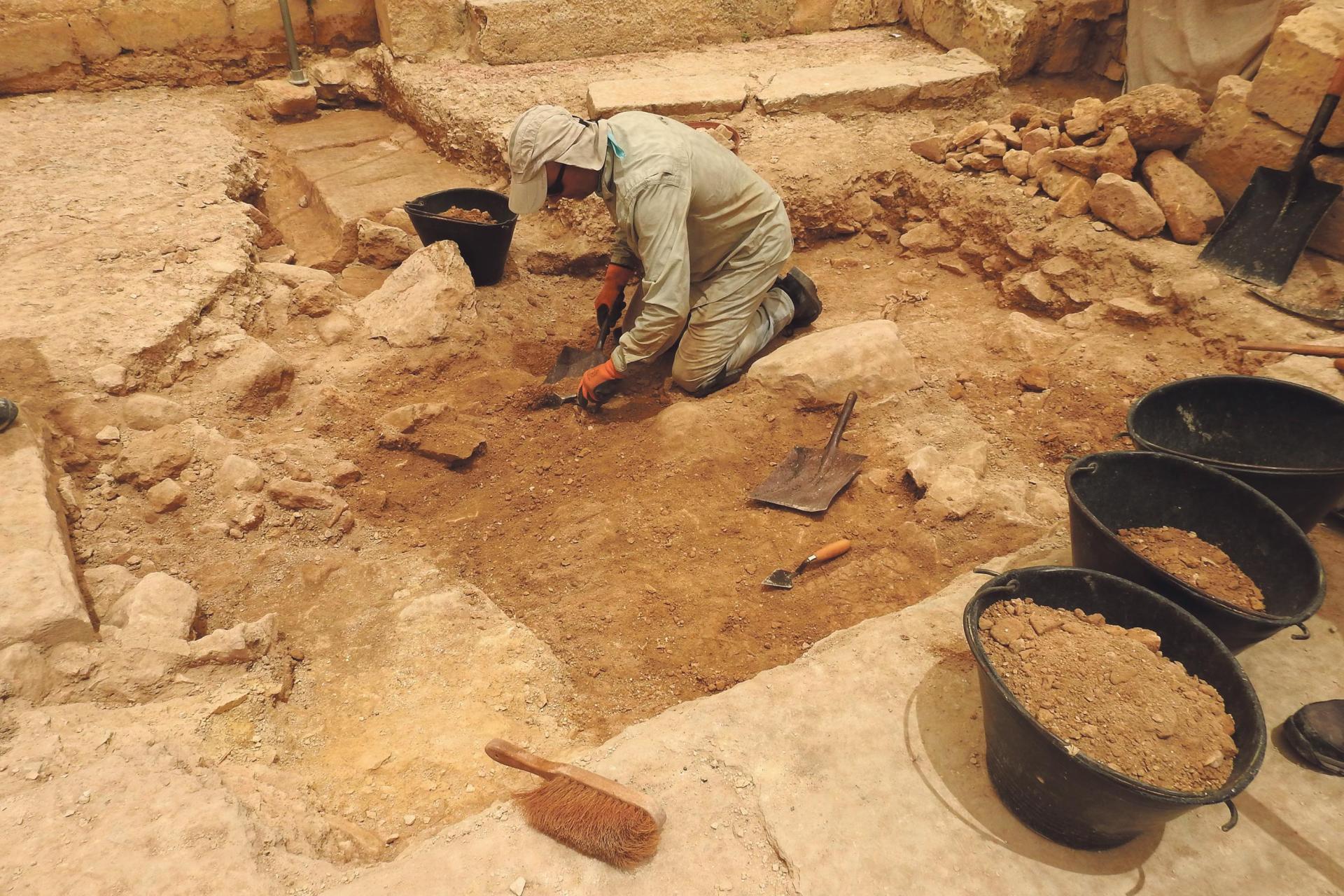 The current excavations revealed ancient remains beneath the floor of a 19th-century farmhouse.

“The main hindrance in understanding the site as one complex remains the road that splits the temple precinct in two,” Dr Cardona noted.

“Both sides of the road have been investigated by extensive excavations but the link between the two areas and how they both worked together within the complex religious, social and cultural processes of this important temple is still missing; buried under a road that has been present on site since at least the 1600s,” he added.

Nicholas Vella, head of the Department of Classics and Archaeology at the University and Tas-Silġ project director, fully agrees.

He remarked that the time was ripe to consider rerouting the road so that the whole of Tas-Silġ can be enjoyed as one important archaeological site.

“It is likely that beneath the road lie the remains of the large area that served as the place where pilgrims to this sanctuary congregated in Punic and Roman times before accessing the holy precincts − a sort of parvis that we get in front of parish churches locally,” Prof. Vella said.

Heritage Malta has recently launched a long-term plan to protect, conserve and make the site more accessible to the public.

“A management brief is currently being drafted to put on paper Heritage Malta’s future vision of this site,” Dr Cardona said.

“This is being done through consultation with the different stakeholders. The restoration and transformation of this farmhouse into a small visitor facility centre is just one of many steps required to make Heritage Malta’s final vision possible.”

Fiona Vella is Heritage Malta executive for communications and marketing. 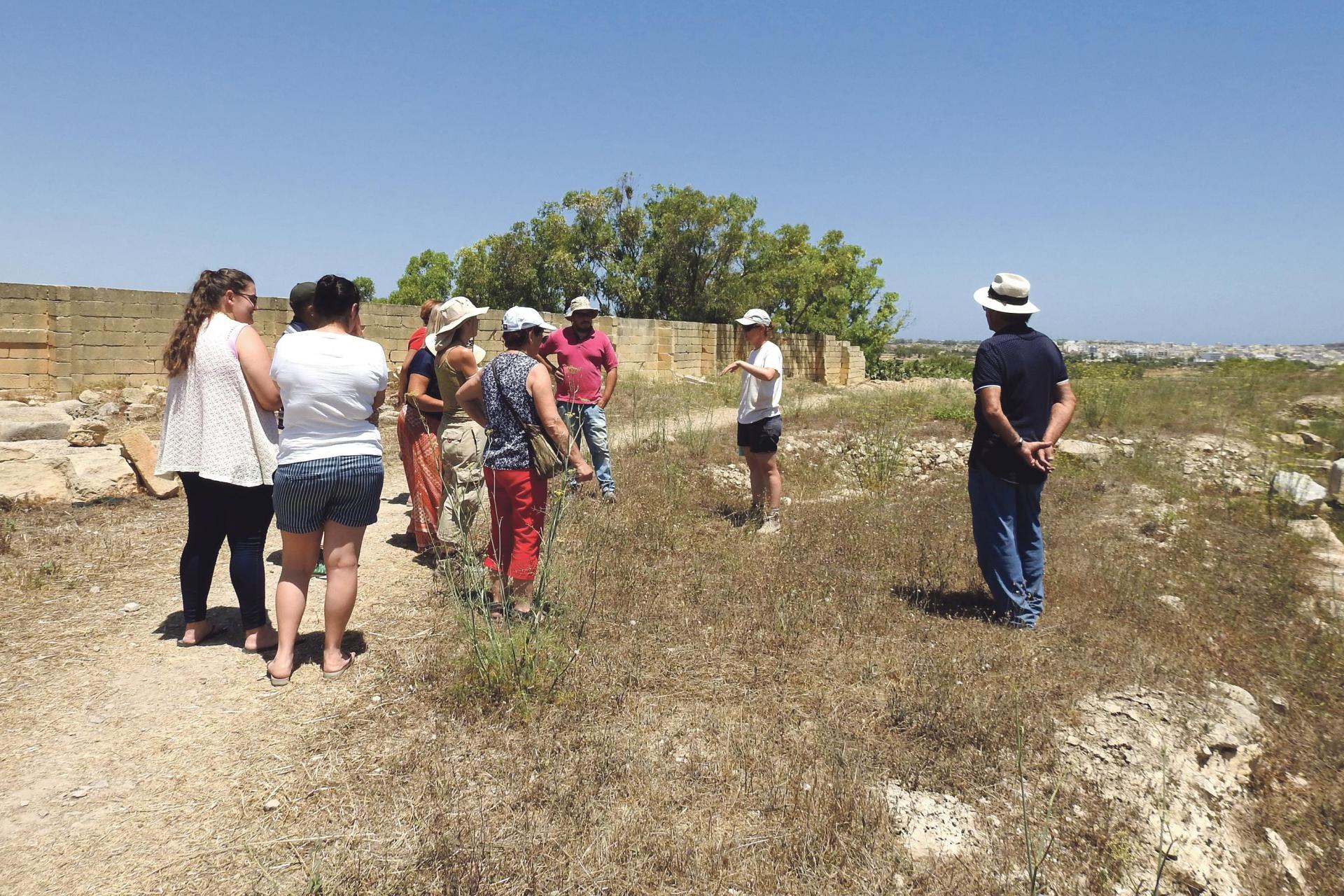 Guided tours for the public to observe the excavations and findings were held last week.