Traffic piled up around the Qormi flyover roundabout, after an excavator loaded on a truck got stuck under the bridge.

Parts of the roundabout beneath the Marsa-Ħamrun bypass, including the southbound slip road, have been closed to traffic. 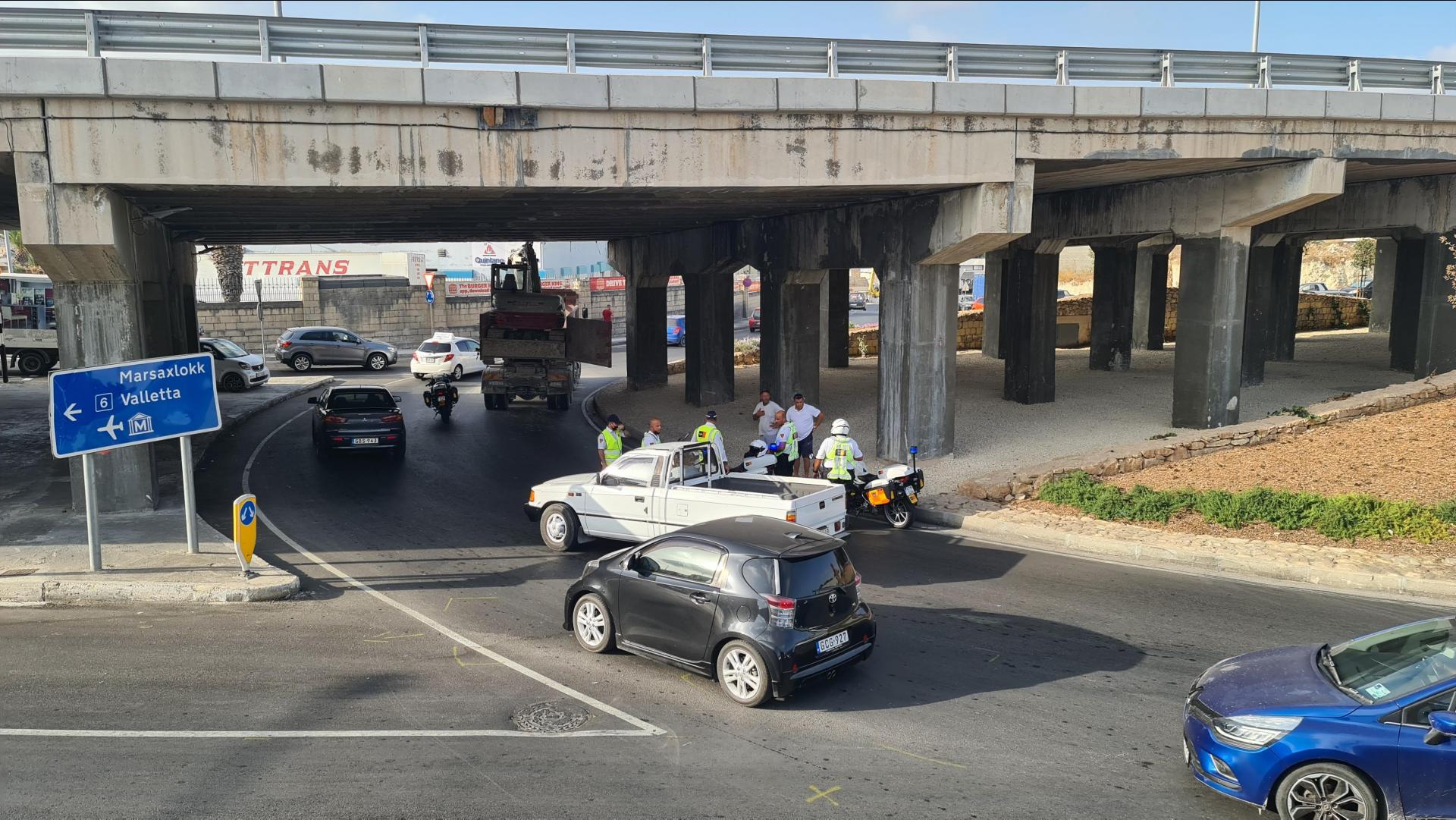 Witnesses sent images of the incident to Times of Malta at around 8.30am after the truck became stuck as it attempted to pass under the bridge.