“The decisive task of Christians consists in seeking, recognising and following God’s will in all things. The Christian statesman, Karl of Austria, confronted this challenge every day. To his eyes, war appeared as ‘something appalling’. Amid the tumult of the World War I, he strove to promote the peace initiative of my predecessor, Benedict XV.”

These words were uttered by Pope John Paul II in a homily delivered on Sunday, October 3, 2004, during the beatification mass of this Catholic monarch.

On August 17, 1887, a son was born in the Castle of Persenbeug in the region of Lower Austria, to Archduke Otto and Archduchess Maria Josefa of Saxony, daughter of the last King of Saxony.

The Imperial House of Austria rejoiced in the birth of Emperor Franz Josef’s grandnephew, but the rest of the empire barely took note since the newest archduke was far down the line of succession. No one was yet aware that a series of tragedies and events would alter his destiny, and that of the empire.

Karl was given an expressly Catholic education and the ‘League of Prayers’ accompanied him from childhood, when the stigmatic and mystic Mother Vincentia Fauland prophesied that he would undergo great suffering and attacks would be made against him. 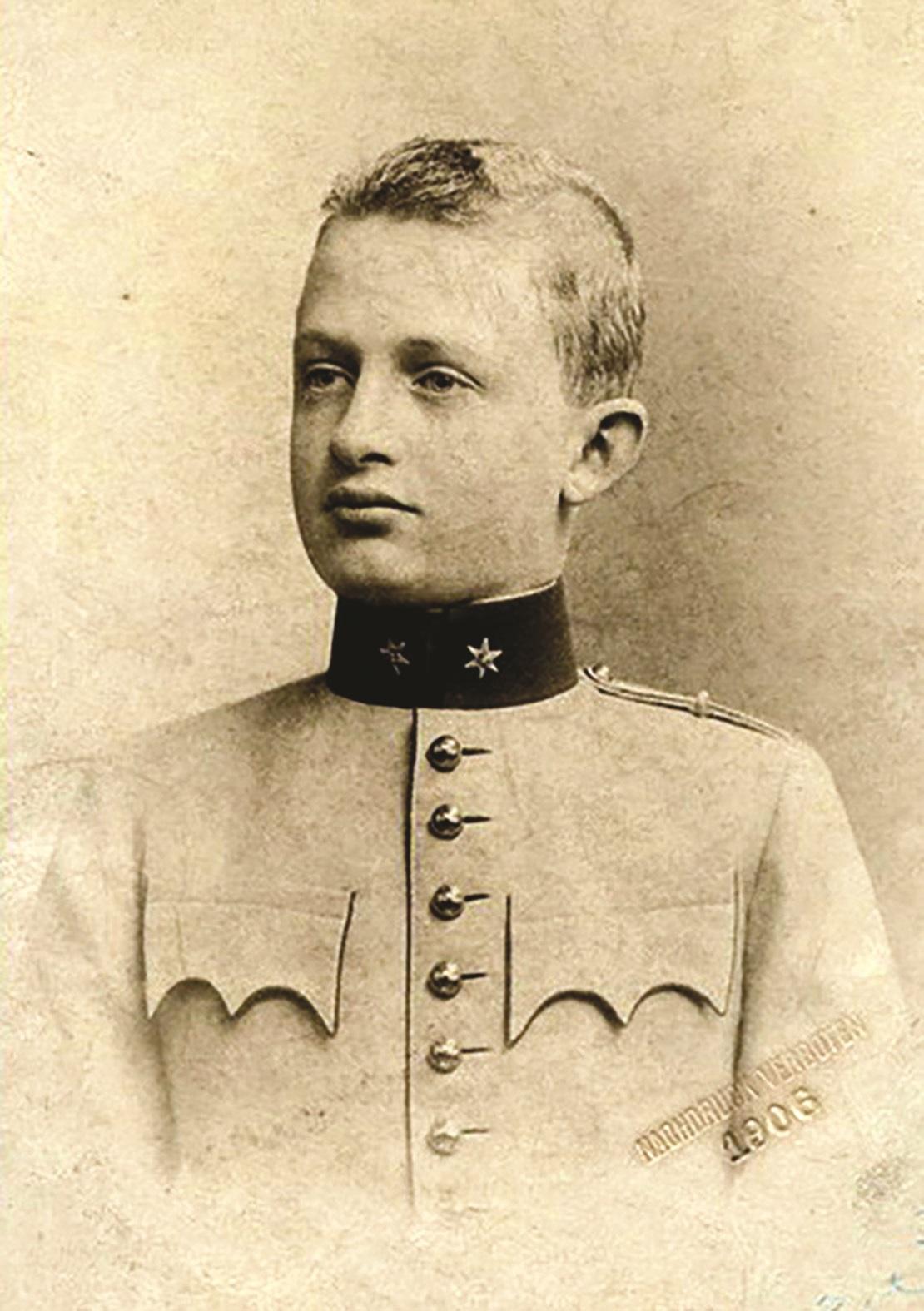 Archduke Karl as a second lieutenant in 1903.

Karl worked his way up the ranks, earning various promotions. He was intentionally groomed for his future role in the empire. However, it was thought that he would not succeed to the throne until after his uncle and father would have both reigned, perhaps 30 or 40 years in the future.

On October 21, 1911, he married Princess Zita of Bourbon-Parma. Karl saw his marriage to Zita as a path to holiness. On the eve of their wedding, he said to her: “Now we must help each other to attain heaven.”

The couple was blessed with eight children, the last of whom, Elizabeth, was born posthumously. They tried to live a simple, quiet life, while Karl continued his military career. 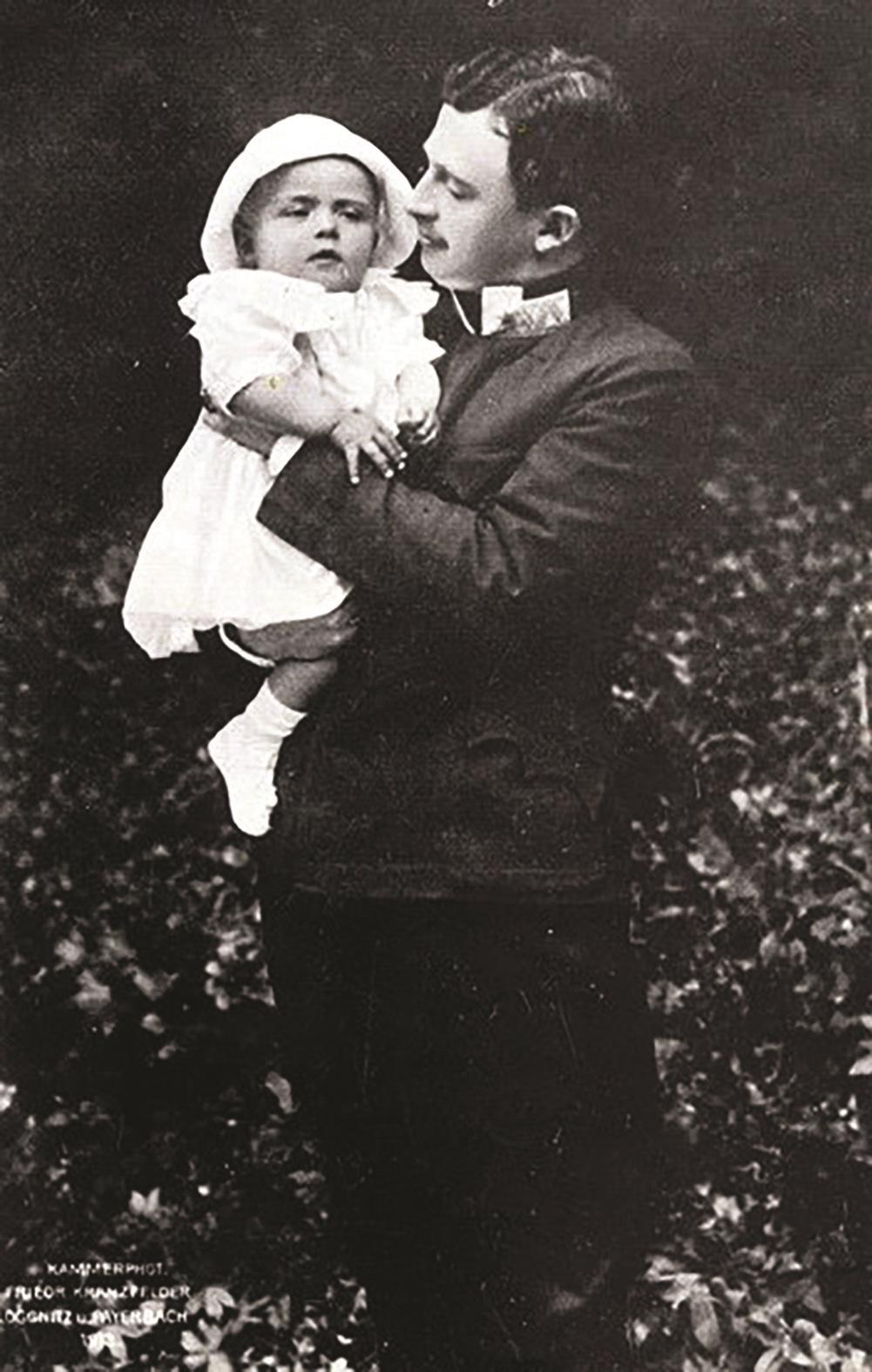 Following the assassination of the Archduke Francis Ferdinand, Karl became heir to the throne of the Austro-Hungarian Empire on June 28, 1914.

World War I was under way, and with the death of Emperor Francis Joseph, on November 21, 1916, Karl became emperor of Austria. On December 30, he was crowned Apostolic King of Hungary.

He inherited an empire that was falling apart. Each ethnic group − Hungarian, Polish, Romanian, Italian, German, Austrian, Czech and Slav − was clamouring for its national rights. He was also plunged into a war that was not of his making, and many of his subjects were starving.

Karl tried to provide food but this proved to be very difficult task. The ministry of social welfare, whose remit included responsibility for widows, orphans, war disabled, unemployment relief and labour protection, was founded during his reign. He ordered coal to be delivered to the poor in palace carriages. He placed the most sacred duty of a king − a commitment to peace − at the centre of his preoccupations during the course of the terrible war. He was the only one among political leaders to support Benedict XV’s peace efforts in proposing a seven-point peace plan. 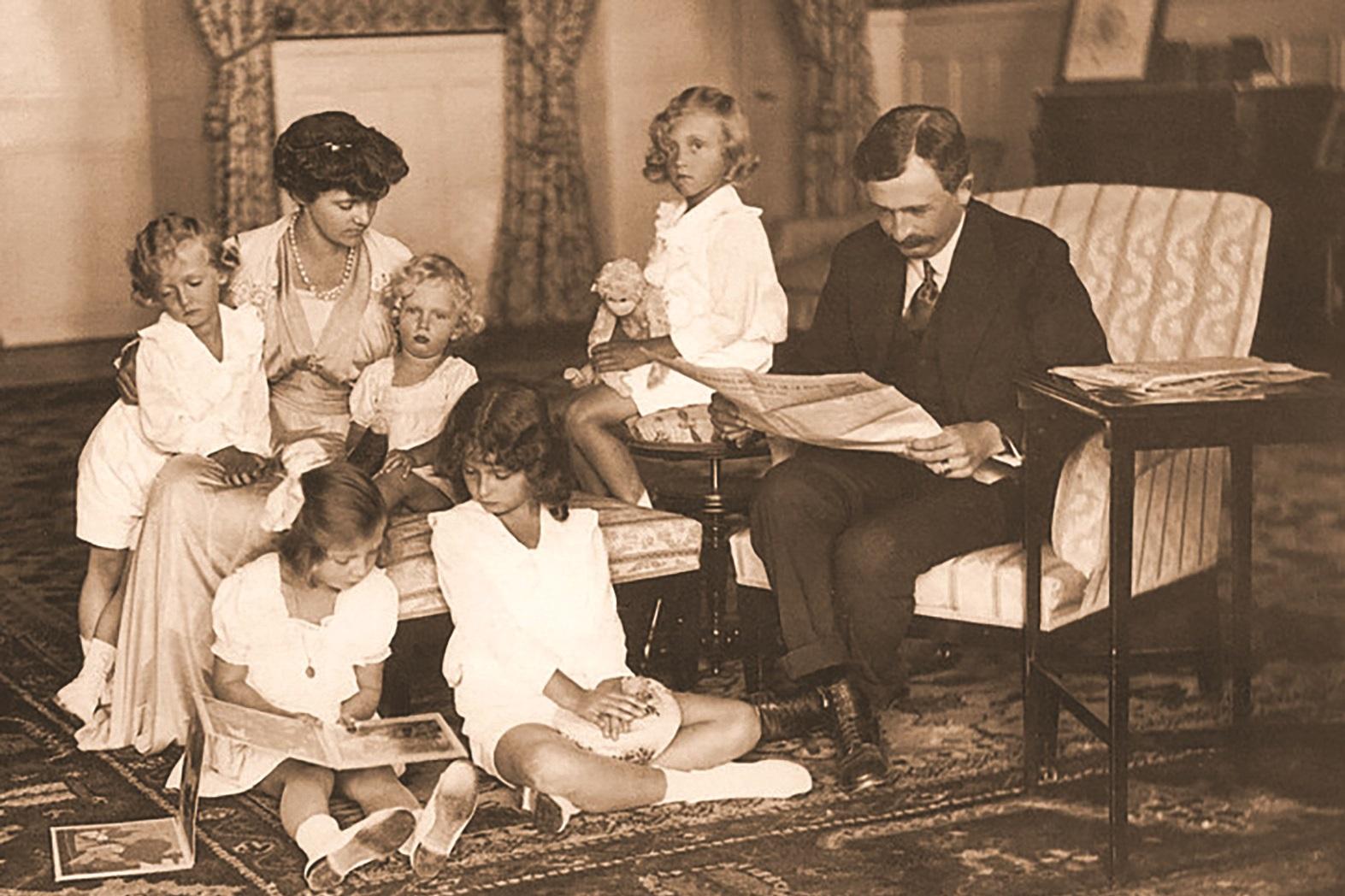 Despite working himself to exhaustion, war continued to erode the empire until it collapsed on November 11, 1918. The war was finally over, but so too was the concord of the Habs­burg Empire. Karl was asked to abdicate but he refused, stating that his crown was a sacred trust from God and he would never betray God, his subjects or his dynastic inheritance.

Karl took his role very seriously: “My crown is a sacred trust given to me by God − I can never forsake that trust or my people.”

On March 23, 1919, the imperial family moved to Switzerland where they lived for a time. The pope feared the rise of communist power in central Europe and expressed the wish that Karl re-establish the authority of his government in Hungary. He made two attempts to regain his Hungarian throne in 1921 but both failed, since above all, Karl wished to avoid the outbreak of a civil war.

The allies decided to exile the family. There was a possibility that they would be exiled in Malta. The newspaper Malta (October 28, 1921, p. 2), referring to the newspaper Le Petit Parisien, announced that Malta or Madeira as the possible place of exile of the former imperial couple: “Carlo dovrà andare a Malta o a Madeira… gli alleati abbiano fatto la scelta definitiva del luogo sel suo internamento che potrebbe darsi fosse l’isola di Malta o quella di Madeira.” (Karl will have to go to Malta or Madeira… the allies have made their definitive decision on the location of his exile which could be the island of Malta or that of Madeira).

Meanwhile, after the failure of the second coup attempt in Hungary, Karl and Zita were taken from Budapest to Baja on the Black Sea aboard HMS Glowworm. During this voyage, Captain Arthur L. Snagge felt uncomfortable treating them as prisoners. He persuaded Karl to write that he was cooperating and thus removed the extra-strictness with which the couple was treated, and considered them as guests.

On November 4, they boarded HMS Cardiff and arrived in Constantinople (today’s Istanbul) on November 8. The next day they were instructed to leave for Gibraltar. According to Chancellor Charles Zeßner-Spitzenberg who was on board, the captain sent a dispatch from Malta bet­ween November 10 and 11 to find out the final decision about the place of exile. “Madeira” was the answer.

Since the Maltese Customs records do not indicate that HMS Cardiff entered one of the island’s ports, they might have stopped in Malta’s territorial waters for safety due to some inclement weather.

They arrived in Gibraltar on November 16, from where they left for the last part of their journey to Madeira and arrived on November 19.

They were given a place in Quinta do Monte, 2,000 feet up a mountain, which was unheated and had fungus growing on the wall. The property and funds of the imperial couple were confiscated so they were penniless, without any means to support themselves. A few weeks later, Karl became ill with pneumonia and influenza.

On April 1, 1922, he whispered to his wife: “I must suffer like this so that my peoples can come together again.” She held him in her arms for most of the morning and he received Holy Communion and the Anointing of the Sick.

Shortly after noon, he kissed the crucifix and repeated the motto of his life: “I strive always in all things to understand as clearly as possible and follow the will of God, and this in the most perfect way”. He whispered “Jesus, Jesus, come!” a final time and expired. The ‘peace emperor’, husband, father and man of faith, died 100 years ago, at the age of 34. 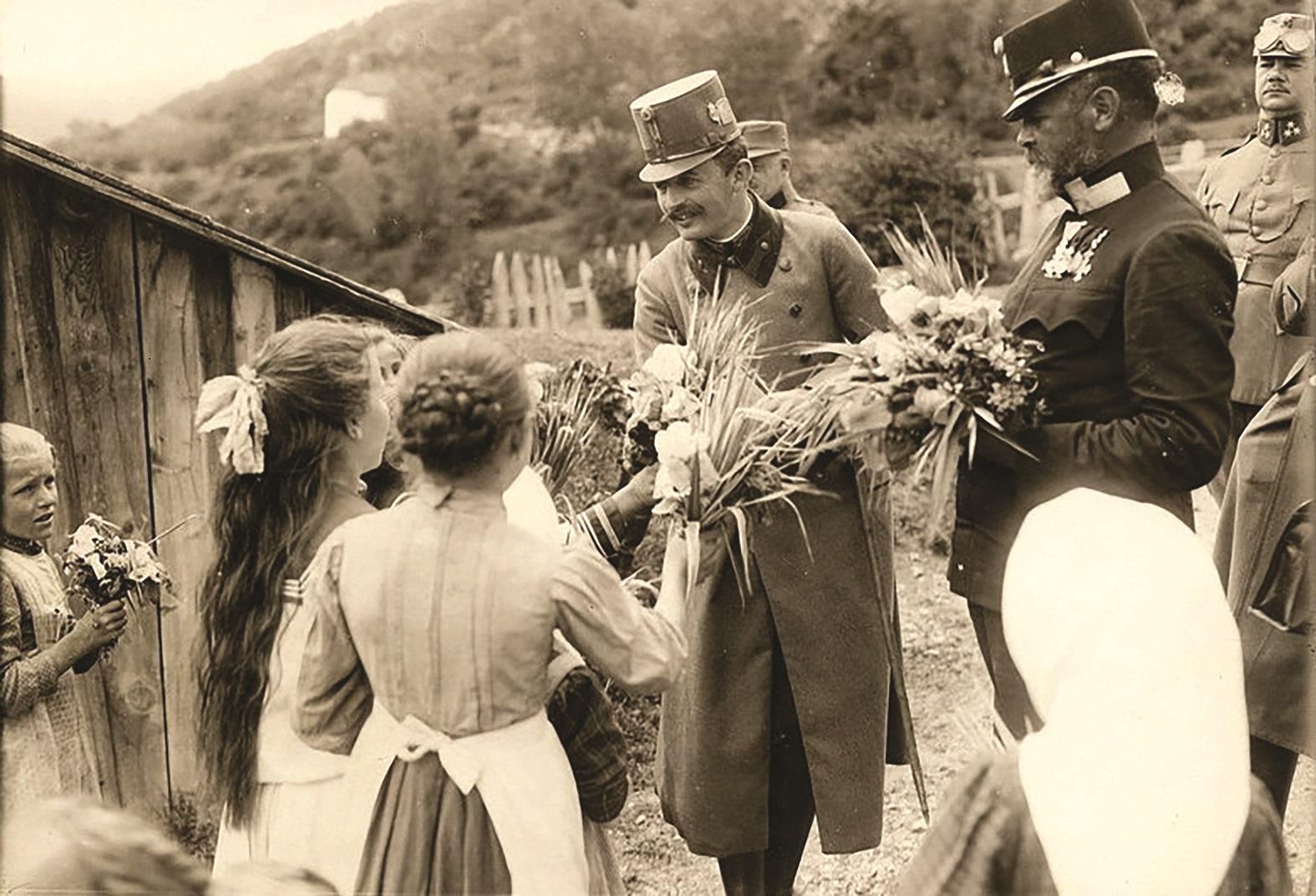 Karl being presented with flowers by a young girl.

On August 18, 2010, Cardinal Mario Grech, then bishop of Gozo, wrote about this Catholic monarch. He said: “The figure of the Blessed Karl of Austria reminds our laity that it is their duty to participate actively in political life, in a manner coherent with the teaching of the Church, bringing their well-founded reasoning and great ideas into the democratic debate, and into the search for a broad consensus among everyone who cares about the defence of life and freedom, the protection of truth and the good of the family, solidarity with the needy and the vital search for the common good.”

Thanks to subdeacon Dennis Mifsud, delegate of the Emperor Karl League of Prayers for Malta, for his help and assistance.