For two decades, voters across Malta and Gozo have had the same three political parties appearing on the ballot sheet at election time.

But come 2018 the number of political parties is likely to double. The PL, PN and AD will have to vie with Marlene Farrugia’s Partit Demokratiku, Henry Battistino’s Moviment Patrijotti Maltin and Ivan Grech Mintoff’s Alleanza Bidla.

It still has to be seen whether these three new political formations will present candidates on all 13 districts but their presence ensures voters will, for the first time since 1962, have six parties to choose from.

How long they will last after the election is questionable but sociologist Michael Briguglio, himself an AD councillor in Sliema, believes the rise of political formations attached to a primary issue follows the European trend.

He sees Marlene Farrugia’s PD coalescing around the issue of good governance and developing on the lines of the Spanish citizens’ party Ciudadanos, which also happens to use orange as its colour. The patrijotti, on the other hand follow in the footsteps of anti-immigrant parties across the continent, he adds.

It also happened in the US with Donald Trump’s success

“These developments are in line with the general European trend of disappointment with mainstream parties, which could also be a factor in Malta in light of the PN and PL becoming catch-all parties,” Dr Briguglio notes.

He argues the electorate’s loyalty to the mainstream parties has waned, with the last election showing that a large section of voters is willing to switch. However, so far, this movement has been restricted between the two large political parties.

Dr Briguglio is “very sceptical” that any of these small parties, including AD, will win a seat at the next election. “Things can change but judging by survey results it looks very unlikely.”

He believes the only way for the smaller parties to make it to Parliament is through a pre-electoral coalition. It is something the PD has explored with the PN, although talks seem to have fallen by the wayside. 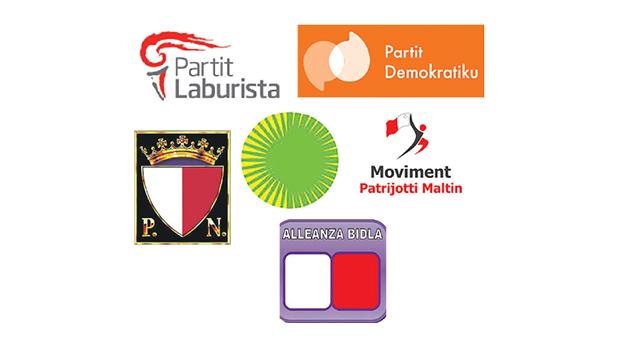 Historian Joe Pirotta says the phenomenon of new parties is a reflection of the trend seen elsewhere of movements distancing themselves from traditional parties.

“It also happened in the US with Donald Trump’s success. These movements are using the prevailing uncertainty to push their programmes and agenda, which they posit as new ideas, even if at times there is nothing new.”

But Prof. Pirotta too has his doubts about whether the new political formations in Malta will be successful in their quest to elect MPs.

Voters have ostensibly not used the electoral system, which allows cross-party vote transfers, to elect MPs other than those of the two major parties. The last time an election returned more than two parties to Parliament was in 1962 and in almost three decades of its existence, AD’s highest voting percentage was 1.8 per cent in the last general election.

However, Dr Briguglio believes these parties bring value to the national debate since they put on the agenda issues that may otherwise be sidelined. “The fact that they are also political parties posing an electoral threat, small as it may be, also helps the cause,” he says.

Whether the outcome of the next election will mimic that of 1962 is debatable but without doubt voters will be regaled with a varied ballot sheet the likes of which has not been seen for a generation.

Contested under the shadow of the politico-religious battle that saw the Church threatening Labour voters with eternal damnation, the 1962 election saw a number of splinter parties vying for votes.

However, by 1976 the two-party system had crystallised and it was only the PL, then known as Malta Labour Party, and the PN that contested the election. Five years earlier the Progressive Constitutional Party led by Mabel Strickland had contested its last election with no success.

The two-party contestation continued until 1987 when the PL and PN were joined on the ballot sheet by Lino Briguglio’s short-lived Partit Demokratiku and the Communist Party. The PD had contested eight districts out of 13 and the Communists fielded candidates in 12 districts but they only managed a measly 0.2 per cent of the vote between them.

The PD soon disappeared from the political scene and the last vestiges of the Communist Party occasionally re-appear in the form of press releases.

It was the 1992 election that provided voters with a third choice that lasted for the next 24 years, even if with very little success.

AD, formed in 1989, presented two candidates on each of the 13 districts, making it the strongest third party challenge since the PCP.

AD grouped together environmentalists, the remnants of the PD and Labour’s Wenzu Mintoff and Toni Abela – today both are judges – who had been kicked out of their party for standing up to corruption and violence.

Indeed, Dr Mintoff was then a Labour MP and after forming AD, represented the party in Parliament until the 1992 election when he failed to win a seat.

Partit Demokratiku is represented in Parliament by its leader, the former Labour MP Marlene Farrugia.

She resigned from the Labour Party last year but kept her seat in Parliament, a situation analogous to that of Dr Mintoff in 1989.

The PD describes itself as a centre-left party but has posited good governance as its main platform. Dr Farrugia is the face of the party and although polls have not been kind to PD, her popularity on the Fifth District has not yet been gauged.

This party was born from a citizen’s grouping, Għaqda Patrijotti Maltin, that staged several protests against immigration and Islam.

The discourse espoused by its exponents has so far put MPM in the league of other far-right traditionalist parties in Europe. Its leader, Henry Battistino, has insisted MPM wants to contest every electoral district, something the party seems to be gearing up for. Volunteers recently posted pictures on Facebook of themselves working on a recording studio.

This political formation first appeared in the 2014 European Parliament election but to this day Alleanza Bidla remains a two-man show: its leader Ivan Grech Mintoff and his sidekick Anthony Calleja.

The party appears to have pitched its tent on conservative Christian grounds with an anti-EU message.