Maltese doctors recently came under fire following the case of the US couple who were denied a request to terminate a pregnancy after the woman suffered a pre-term, premature ruptured membrane at 16 weeks while holidaying in Malta.

Andrea Prudente and Jay Weeldreyer said they were told the fetus, which still had a heartbeat, had no chance of survival and, fearing for the woman’s health, they brought in their insurance to airlift them to Spain where the pregnancy was terminated. The ordeal made headlines worldwide, and the couple plan to sue the Maltese government as a consequence of Malta’s blanket ban on abortion. 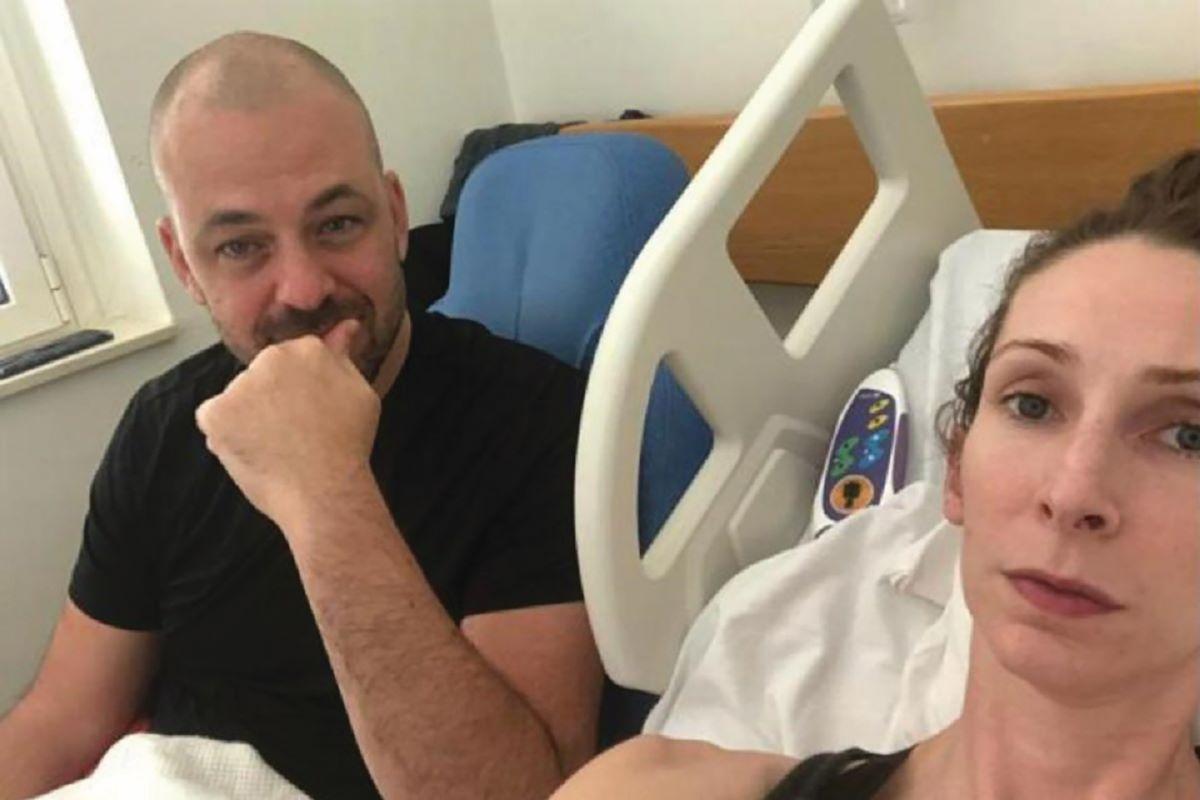 Andrea Prudente, the US tourist who was denied a termination of her non-viable pregnancy, and her partner, Jay Weeldreyer.

Their story set off a chain of reactions and opinions that left many wondering what really happens exactly on the ground. Many asked: when can a pregnancy be terminated if a woman’s health is at risk?

Mark Cordina, consultant in Obstetrics and Gynaecology at Mater Dei Hospital, was asked what happened in such cases – when a woman suffers a membrane rupture at 16 or 17 weeks and there is still a heartbeat.

“There is this misconception that, when faced with such instances we just wash our hands, blame the law and ignore the patient. Our priority is: mother first. Most patients are ready to take risks for their baby and actually we try to convince them otherwise,” said Cordina, who answered questions as a council member of the Malta College of Obstetrics and Gynaecology.

Our priority is: mother first. Most patients are ready to take risks for their baby and actually we try to convince them otherwise- Mark Cordina, council member of the Malta College of Obstetrics and Gynaecology

CC: At what stage can doctors in Malta terminate a pregnancy in such circumstances?

MC: First of all, we must understand that, if there is a heartbeat, the pregnancy is viable, according to the International Society of Obstetrics and Gynaecology. If we have an unviable pregnancy, that is, no heartbeat, we augment the delivery and sometimes cover with antibiotics, depending on the case.

If the pregnancy is viable and there is early rupture of membranes we monitor for signs of a developing infection (temperature charting and blood tests regularly) and if there are signs of an infection we induce the delivery.

Our priority is the mother’s health. If we can help the baby as well, that is the ideal outcome. We would deliver if there are signs that the mother is getting unwell.

We would not wait till the mother is moribund with sepsis. The blood tests start rising before there is severe sepsis, so with the first signs of an impending infection we can have the difficult discussion of whether to deliver or not, whatever the baby’s outcome.

CC: In the case of termination, how does this happen?

MC: In early pregnancy (up to 10-11 weeks) medical management is offered where two medications are used: one drug blocks a hormone called progesterone that is needed for pregnancy to continue, while the other induces labour. Later on, surgical evacuation can be used where the fetus is surgically removed.

As the fetus becomes bigger the option of feticide (where the fetal heart is stopped via fetal potassium injection) prior to induction can be preferred. Whatever the method used, this is a traumatic event for the patient, and we cannot assume it is the “easy” way out, which is unfortunately, a common misconception.

CC: What are the chances of a fetus surviving when membranes rupture at 16/17 weeks?

MC: Not all pre-term, premature rupture of membranes (PPROM) lead to fetal death. I have personally dealt with two cases in the last 12 months where there was rupture of membranes at 16/17 weeks and they delivered a mid-third trimester baby. One baby died after a few days. As for the other he was discharged from the NPICU, after which, as a gynaecologist, I lost touch with the patient.

However, the chances of survival are low. The important question would be: how many are healthy? Once membranes rupture there is a very high chance of pre-term delivery.

Twenty-two weeks is considered as the limit where active management is taken to keep the newborn alive. This means that, if a baby is born before 22 weeks, there is no medical intervention to try keep the baby alive.

Survival rates at 22 weeks is roughly 30%, with 30% of the survivors having severe disabili­ties. At 26 weeks, 80% survive, 10% of which have severe disabilities. With PPROM the outcome is worse.

CC: Why is the amniotic fluid so important to a healthy delivery?

MC: After 16 weeks, amniotic fluid is mostly fetal urine. Even though there might be loss of amniotic fluid due to rupture of membranes, the baby continues to pass urine until delivery, therefore some amniotic fluid reforms as the baby pees.

The amniotic fluid is needed to help fetal lungs develop because the fetus breathes amnio­tic fluid in and out. Apart from that, amniotic fluid is required to allow the limbs to move and for the baby to change posture. In fact, babies born after PPROM have issues with their lungs as well as problems with limb contractures, requiring surgery or physiotherapy to correct.

CC: What, exactly, are the health risks a woman is facing?

MC: Since I started working Obstetrics and Gynaecology in 2004 I have never seen a patient in ITU due to severe sepsis caused by infection after PPROM. Obviously, this does not mean we have to put our guard down as there can always be the first time.

With PPROM there are two main risks, which are uterine/pregnancy tissue infection (chorioamnionitis) and bleeding. There are other associated risks like thrombosis, and one tends to forget to mention the psychological impact on the couple.

CC: Have there been reported cases of women dying or suffering health complications due to the waiting time?

MC: For accurate statistics you would need to contact the hospital authorities. But in a condition occurring around 1/1,000, we must have treated around 35 women in this way in the last 10 years, and we have not had one maternal mortality.

Colleagues who have been in the department for more than 30 years remember (anecdotally), an even longer period where this line of management has been successful.