The façade of a modernist villa in Balzan is to be saved, a year after the Planning Authority issued a permit for its demolition.

The Superintendent of Cultural Heritage had appealed the permit decision.

"Following discussions between the Planning Authority, the superintendent and the applicant it was agreed that although a permit had been granted, new plans were to be submitted for reassessment by the Development Management Directorate taking into consideration the architectural value of the townhouse," the PA said on Tuesday. 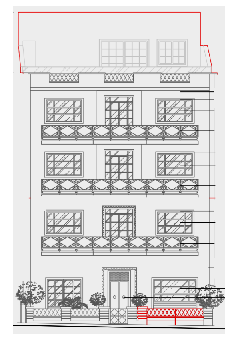 It explained that the Planning Commission has approved a revised design for the re-development of the building.

Although not a scheduled building, the property’s façade has a degree of architectural value, it said.

"In line with recommendations made by the Superintendent of Cultural Heritage (SCH), the newly approved permit will ensure that the façade of ‘Walmarville’, which is a distinctive 1960s building will be retained. The additional two floors that will be added to the double-fronted townhouse will retain the same design features including apertures and railings as the original façade."

A receded penthouse will also be included.