The average family of four is spending €100 a month more on food bills than in 2020 and the elderly are facing an even higher increase, according to a new study.

Two years ago an average family of two adults and two children would spend €7,100 a year on food, or €600 a month, Caritas found.

The costs emerged from a report usually carried out every four years by Caritas Malta, called 'The Minimum Essential Budget for a Decent Living', which focuses on how much money people need to live in Malta.

The last report was issued in 2020 but Caritas felt the need to issue an update as the coronavirus pandemic broke out in March that year - pushing up food and medicine prices and increasing healthcare needs.

Elderly couples were the worst hit, according to the study.

They have to spend an extra €1,400 a year to cover basic food and healthcare costs as a result of increases in prices and needs brought about since the coronavirus pandemic broke out in 2020, according to a new study carried out by Caritas Malta.

The study shows that whereas an elderly couple spent €3,400 annually on their food basket in 2020, this increased by 25% to €4,200 this year. They experienced a further annual cost increase for medicines and healthcare items (such as doctors’ appointments and bandages) which shot up by almost 40% from just over €410 in 2020 to around €560 this year. 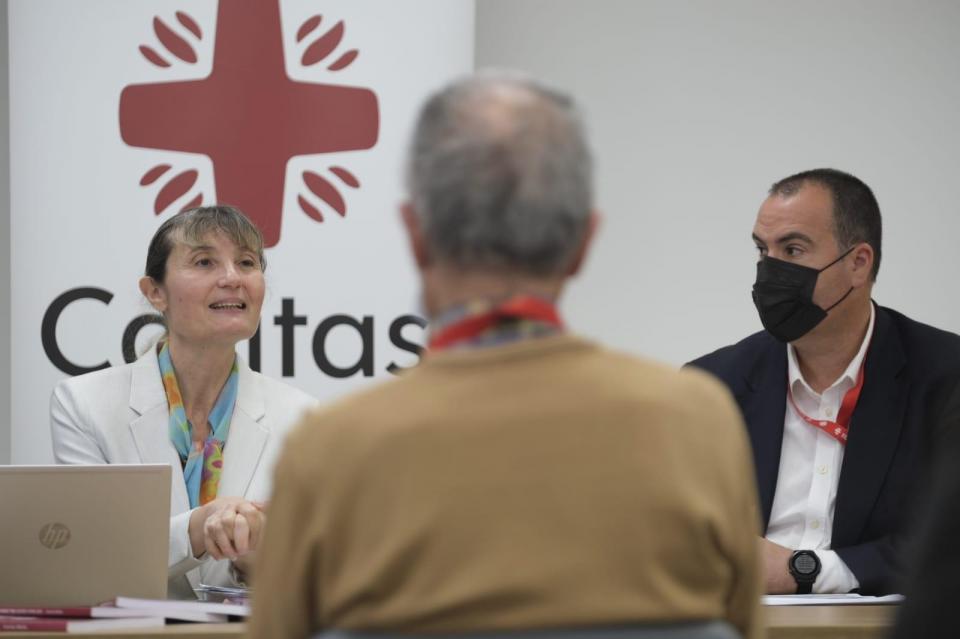 This cost increased even further when one added items connected to fighting the coronavirus pandemic - such as disposable face masks, sanitisers and additional paracetamol  - that shot up the annual healthcare cost for the elderly to €982.

Life got more expensive for everyone 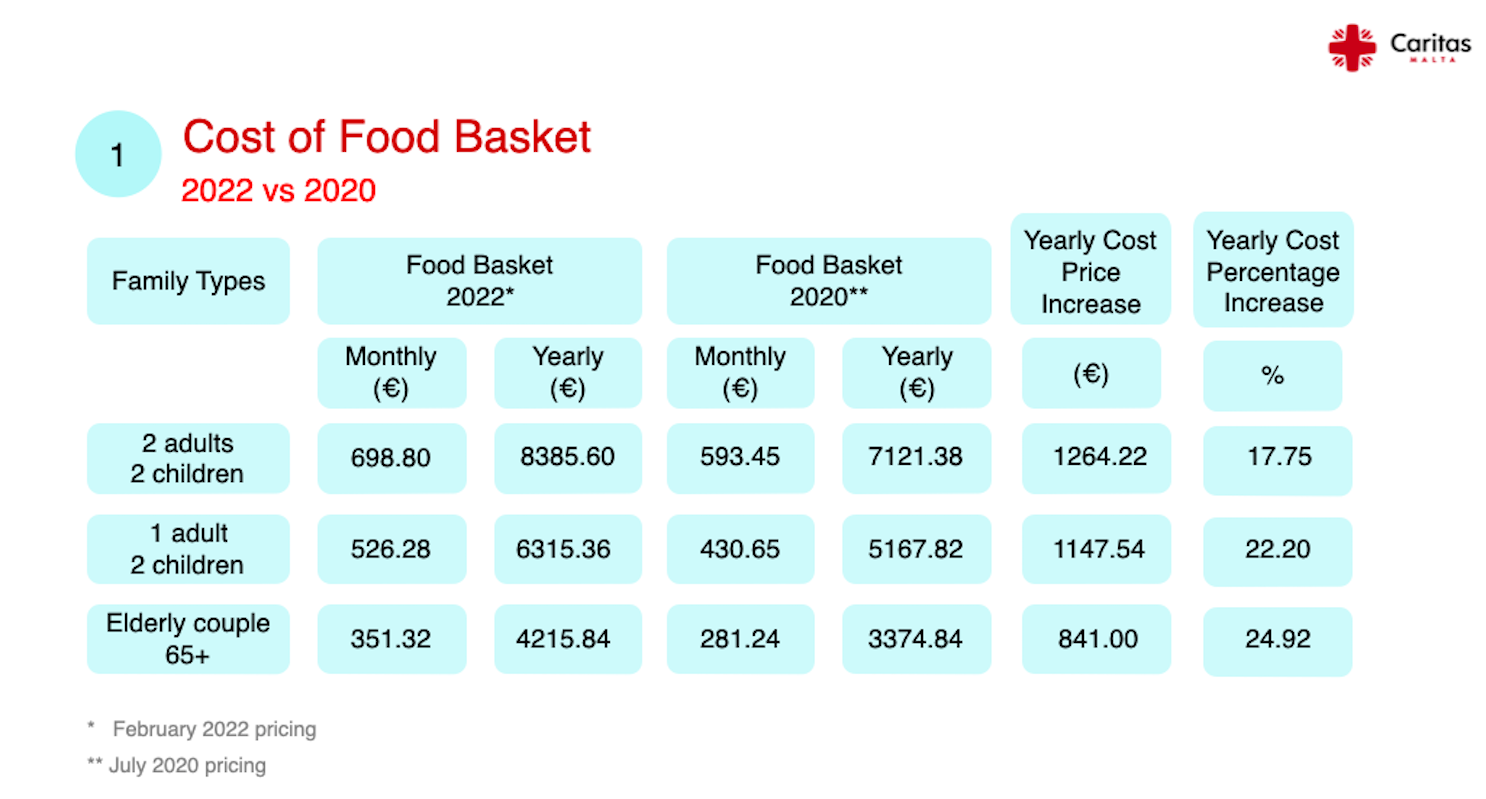 Researcher Suzanne Piscopo explained that, for the purpose of the update, researchers compared the food items listed in the seven-day menu of a basic food basket outlined in the 2020 study.

A similar comparison was made with medicines and healthcare items but, to this, they added the basic needs that arose during the pandemic. These included one disposable mask per person per day, sanitisers and two extra packets of paracetamol a year.

Piscopo stressed that the fieldwork was carried out in February 2022 which meant it did not factor in any additional increases in costs brought about by the Russia-Ukraine war. 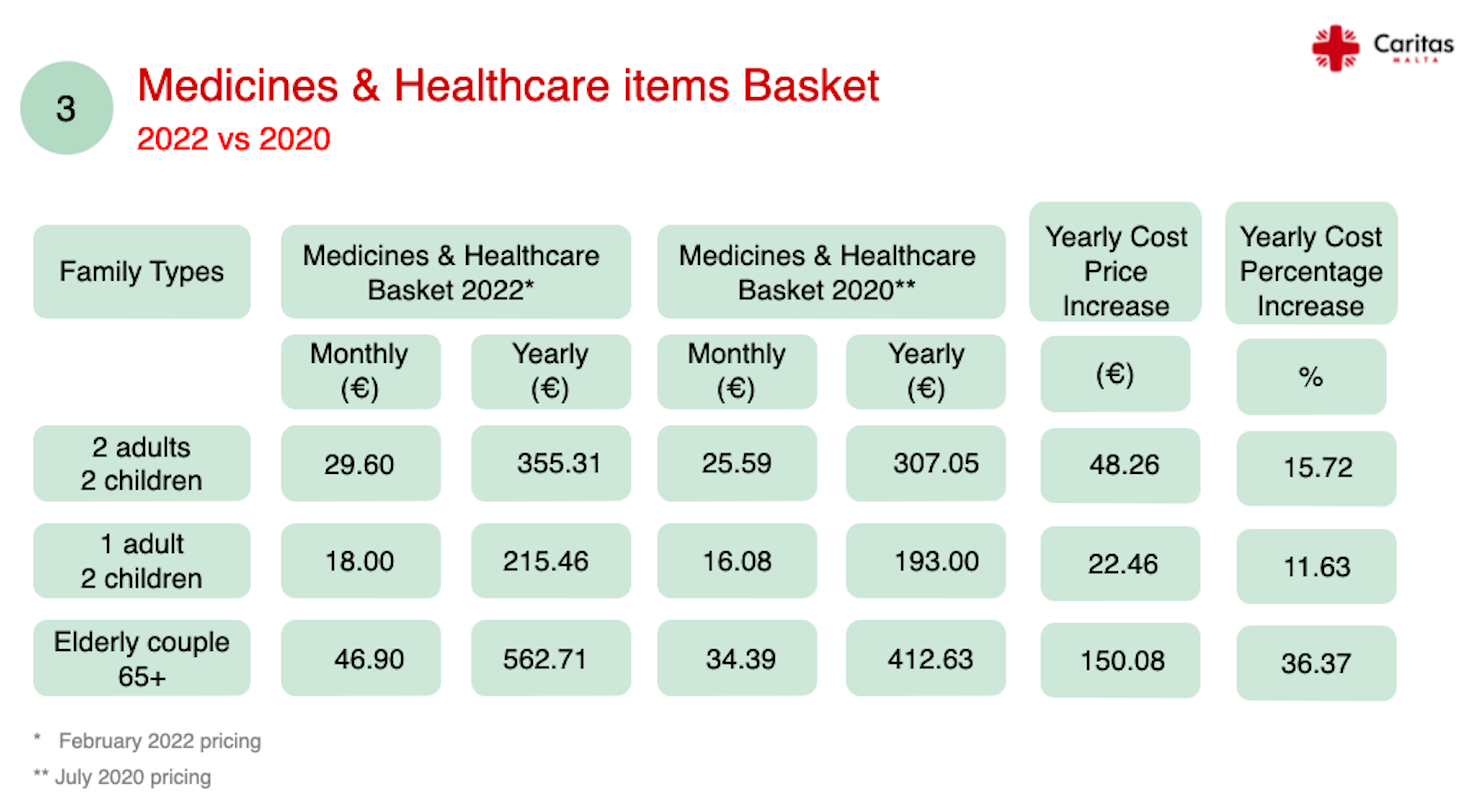 For the family of four, when it came to medicines and healthcare items they saw their bills increase from €310 to €360 which shot up to €1,200 when adding the COVID package. 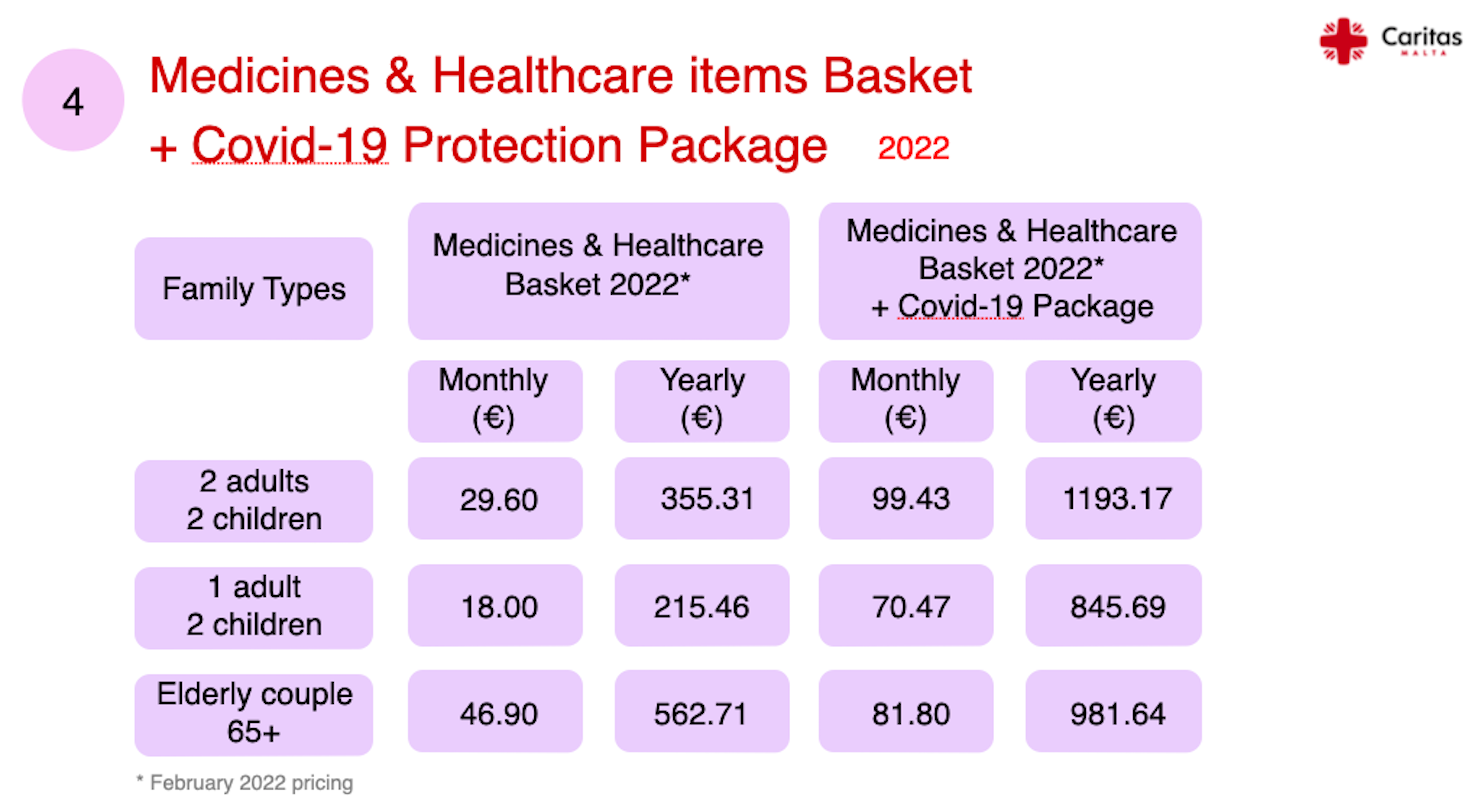 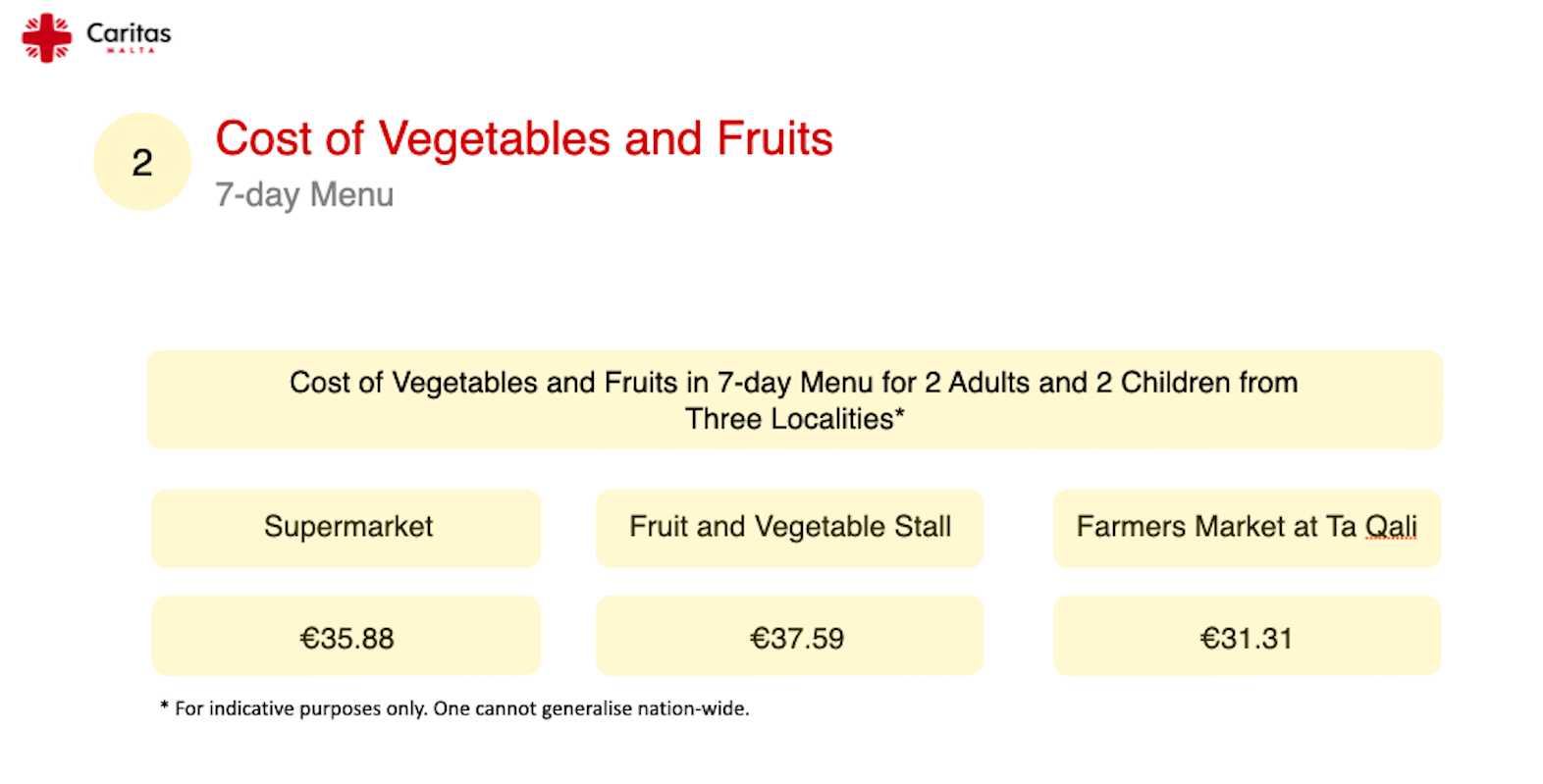 “This shows that ideally people on a tight budget should go to the Farmers' Market since the fruit and veg there is cheaper and higher in nutrition value  since not much time would have passed since it was picked,” she said.

The updated report adds recommendations to those made in the 2020 report. These include: