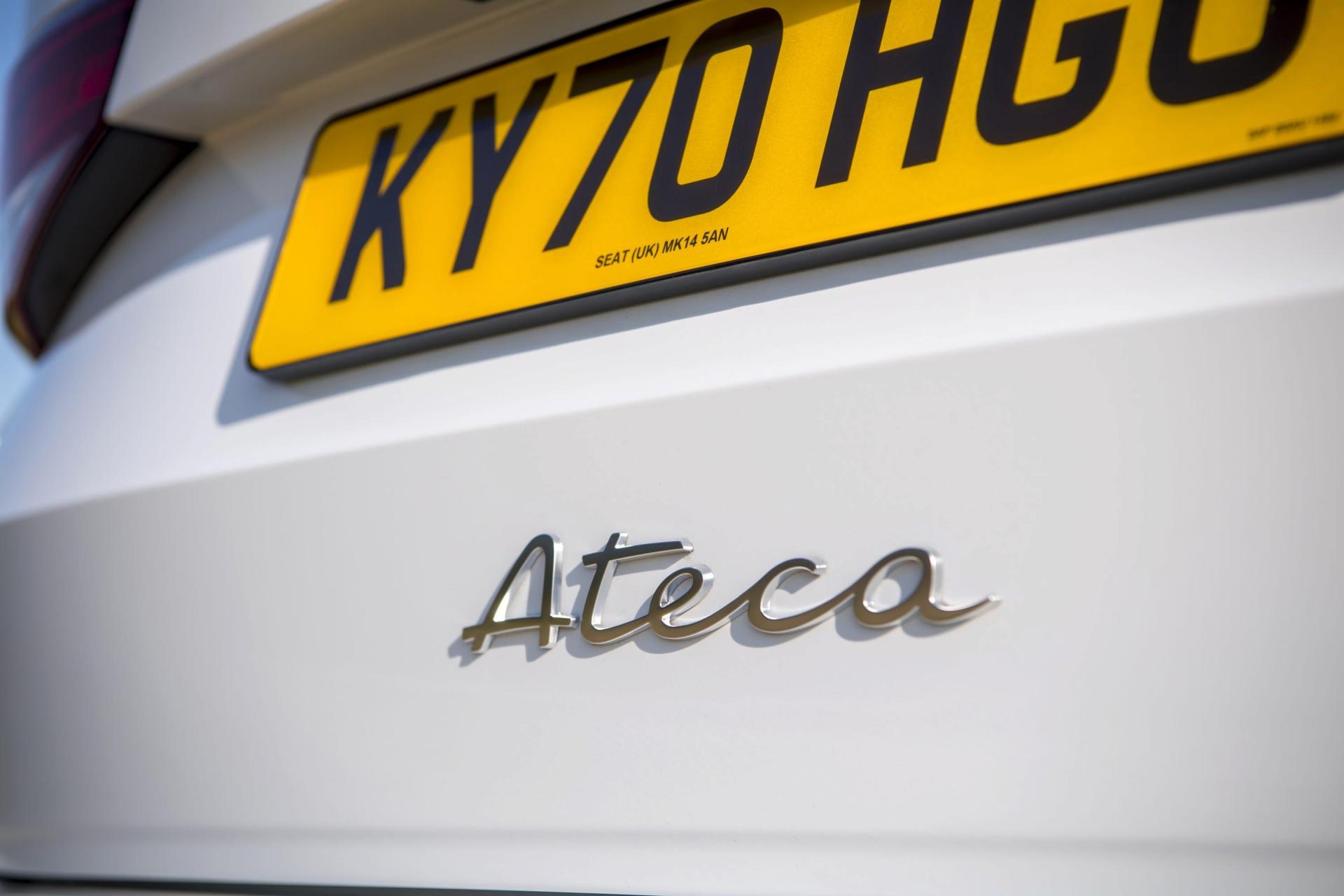 New handwriting-style badging has been used on the Ateca.

Seat might have been slow to develop its first SUV, but by the time the Ateca arrived at the end of 2016, it was worth the wait.

Carrying all of Seat’s best traits – style, a good driving experience and value – and wrapping it into a crossover-sized package with practicality, it was quickly a big hit, with more than 300,000 sold to date.

But this crossover segment is now a crowded and competitive one, and the Ateca’s now quite long in the tooth by class standards – despite being just four years old. So, it’s facelift time for the Ateca, but is it a successful one? 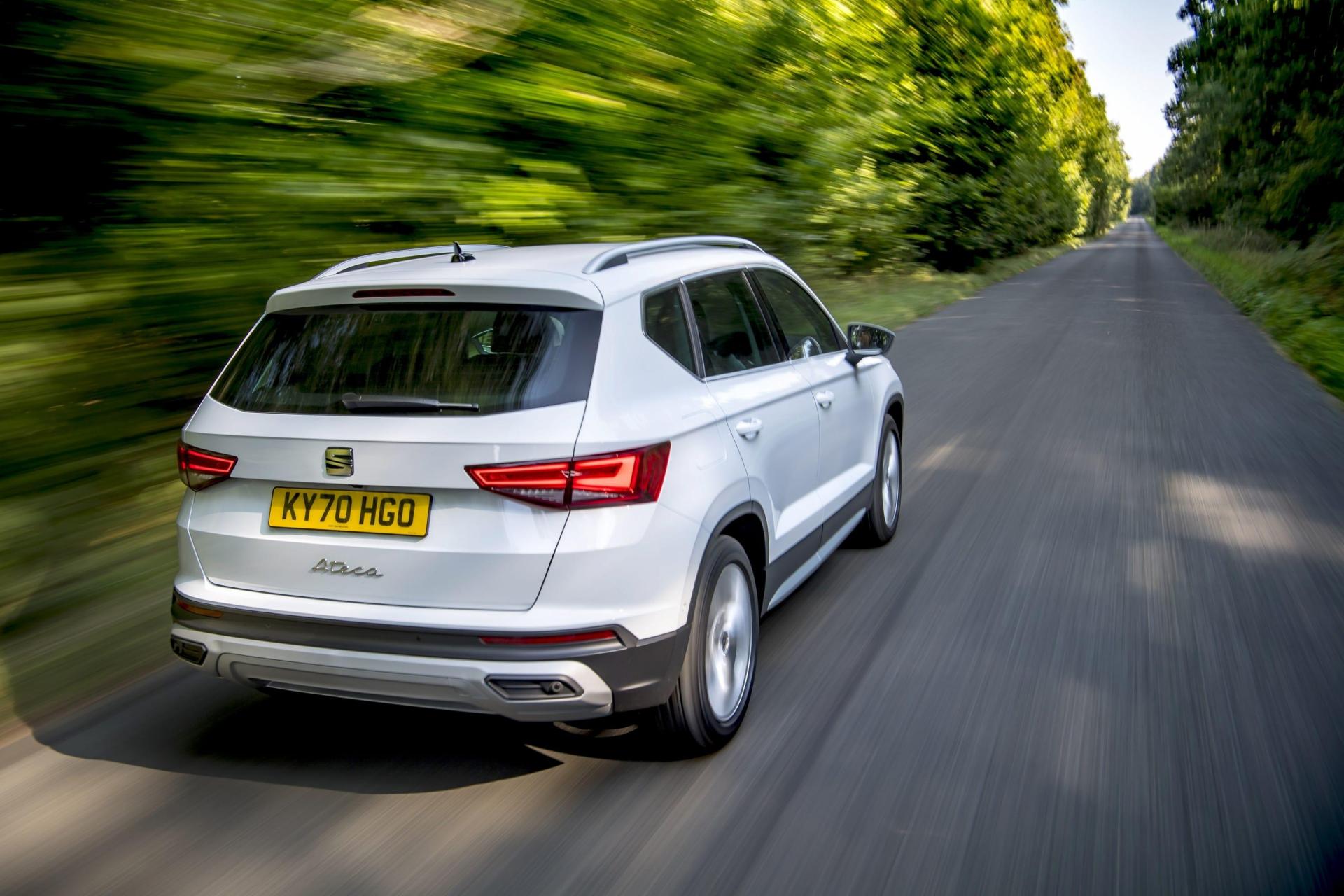 Well-judged suspension helps keep the Ateca composed on the roads.

This year has been a busy one for Seat – launching its new Leon, which features a digitalised interior. You might expect the Ateca to get the same tech, but as it’s a little older, it’s an ‘improve what we’ve got’ approach rather than ‘from scratch’.

The front end gets a light refresh, while new interior and additional driver assistance tech has been incorporated too – not least predictive cruise control and side and exit assist, which were reserved for flagship Audi models only a couple of years ago.

There’s also a new ‘Xperience’ trim, which replaces the previous vowel-missing ‘Xcellence’, and aims to bring a bit more rugged-styling to the Ateca. More on that later. 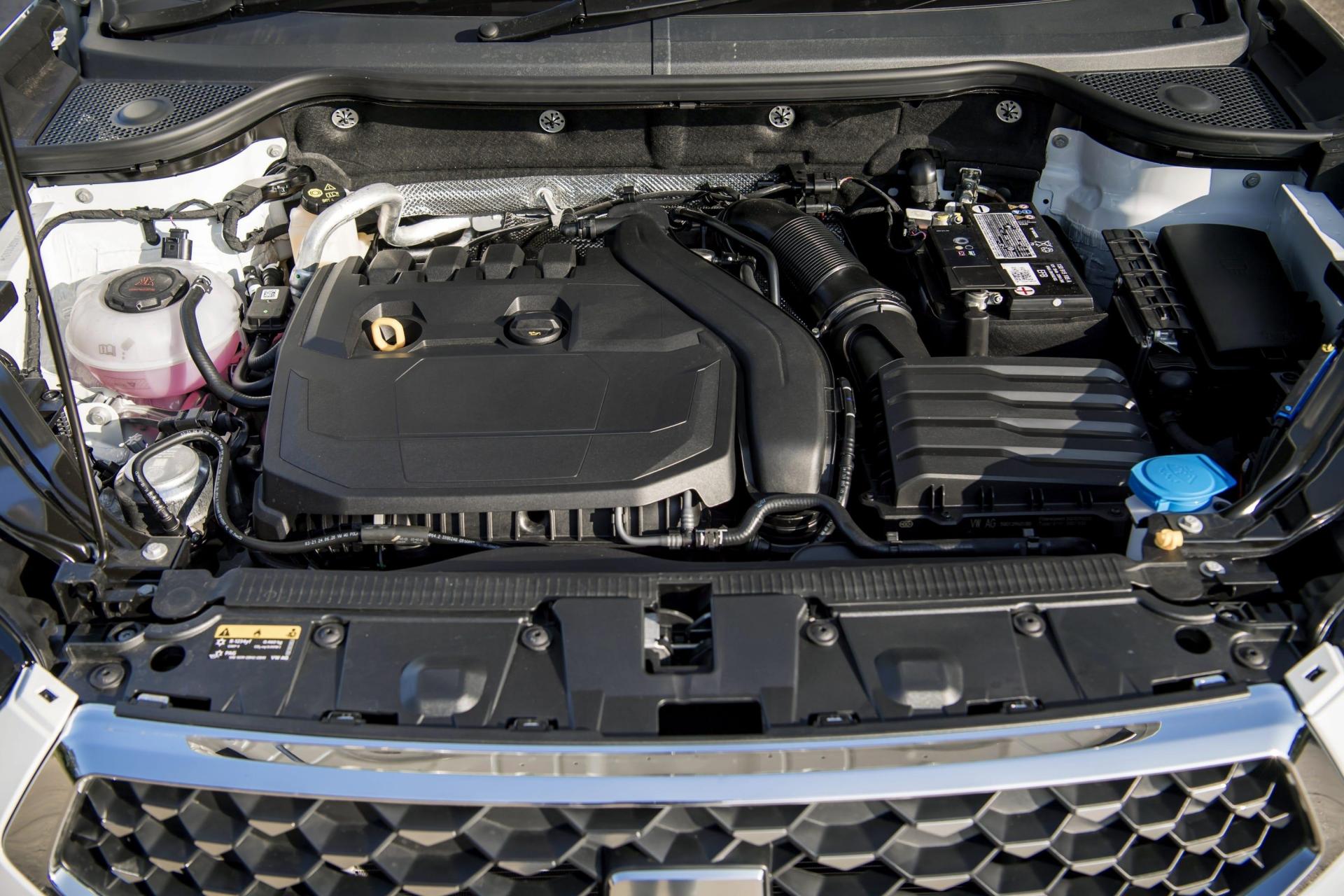 The Ateca is available with a variety of petrol and diesel engines.

While Seat might be introducing new hybrids left, right and centre in its range, the Ateca continues with traditional petrol and diesel options.

There’s plenty of choice for both fuel types, but our test car features the best-selling mid-range petrol – a turbocharged 1.5-litre petrol unit producing 148bhp and 250Nm of torque. You can have it with a six-speed manual, or the seven-speed DSG automatic in our car, which sends its power to the front wheels.

The sprint to 60mph (97km/h) takes a respectable 8.4 seconds, and it’ll reach 124mph (220km/h) maxed out. This engine also features cylinder deactivation tech, which makes the car run on two cylinders (rather than four), while coasting or lightly accelerating. Despite this tech’s claim to reduce fuel consumption, it’s not especially efficient – returning around 40mpg, with CO2 emissions of 154g/km. 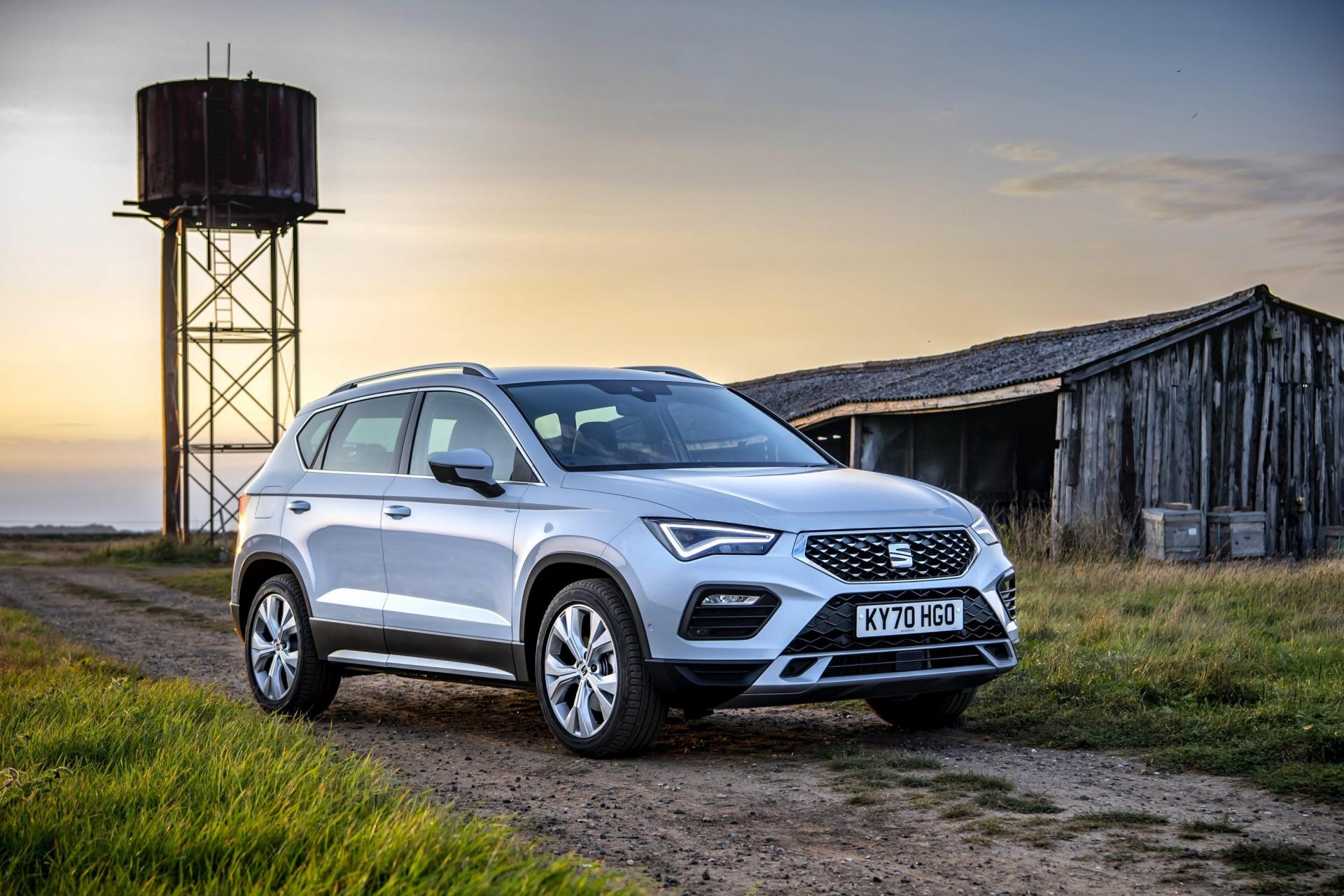 All cars benefit from an updated ‘face’ and refreshed headlights.

Seat has always been the brand angled as the sportier one of the conventional Volkswagen Group firms – VW itself, Skoda and also Audi. And that’s true of the Ateca, which is one of the more dynamic cars in this sector. It handles well for a top-heavy model and manages corners with minimal body roll.

It’s also a capable cruiser, with good refinement and a comfortable ride that’s only upset by harsher stretches of tarmac, even on its 18-inch rims. In fact, the only real gripe with the Ateca behind the wheel is its automatic gearbox. While smooth at higher speeds, it’s a bit slow at lower ones, and especially hesitant from a standstill. A manual could be a better option for this reason. 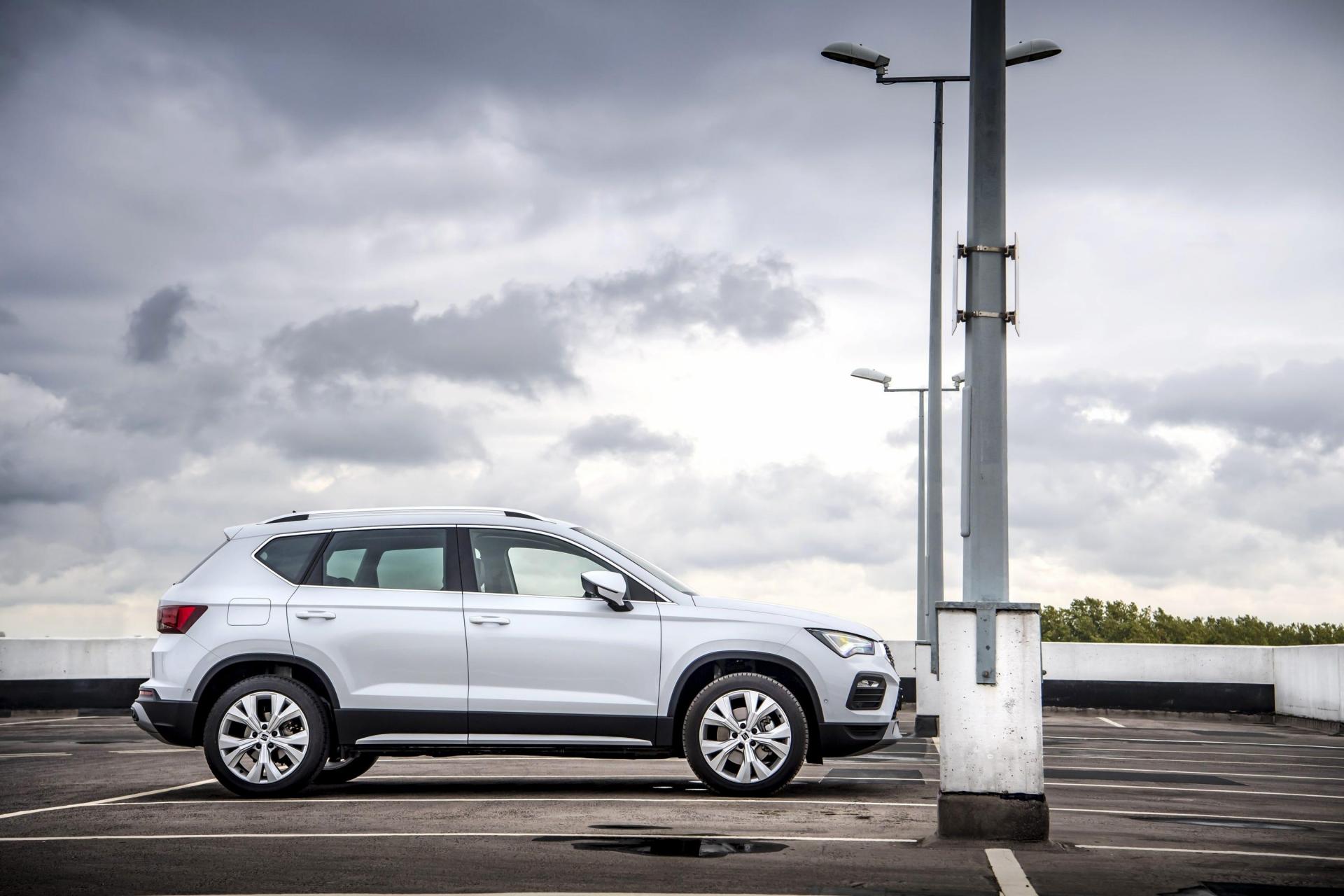 The Ateca has proved hugely popular for Seat.

The Ateca’s always been a striking bit of design, and this light facelift has improved it further.

If you like your front-wheel-drive crossover looking as rugged as possible, you’ll love this new Xperience grade, which brings plastic-clad front and rear bumpers and an aluminium finish on lower areas. If that’s not your cup of tea, there’s always the sportier-looking FR.

All grades meanwhile benefit from a bolder front end with a new front bumper and revised grille and LED lights as standard at the front and rear. Xperience and FR models also gain cool scrolling indicators at the back.

But while not enough to ruin the Ateca, we’re really not a fan of the new ‘Ateca’ badge at the back, which looks like a kid has just been handed a marker pen and asked to scrawl on the boot lid. 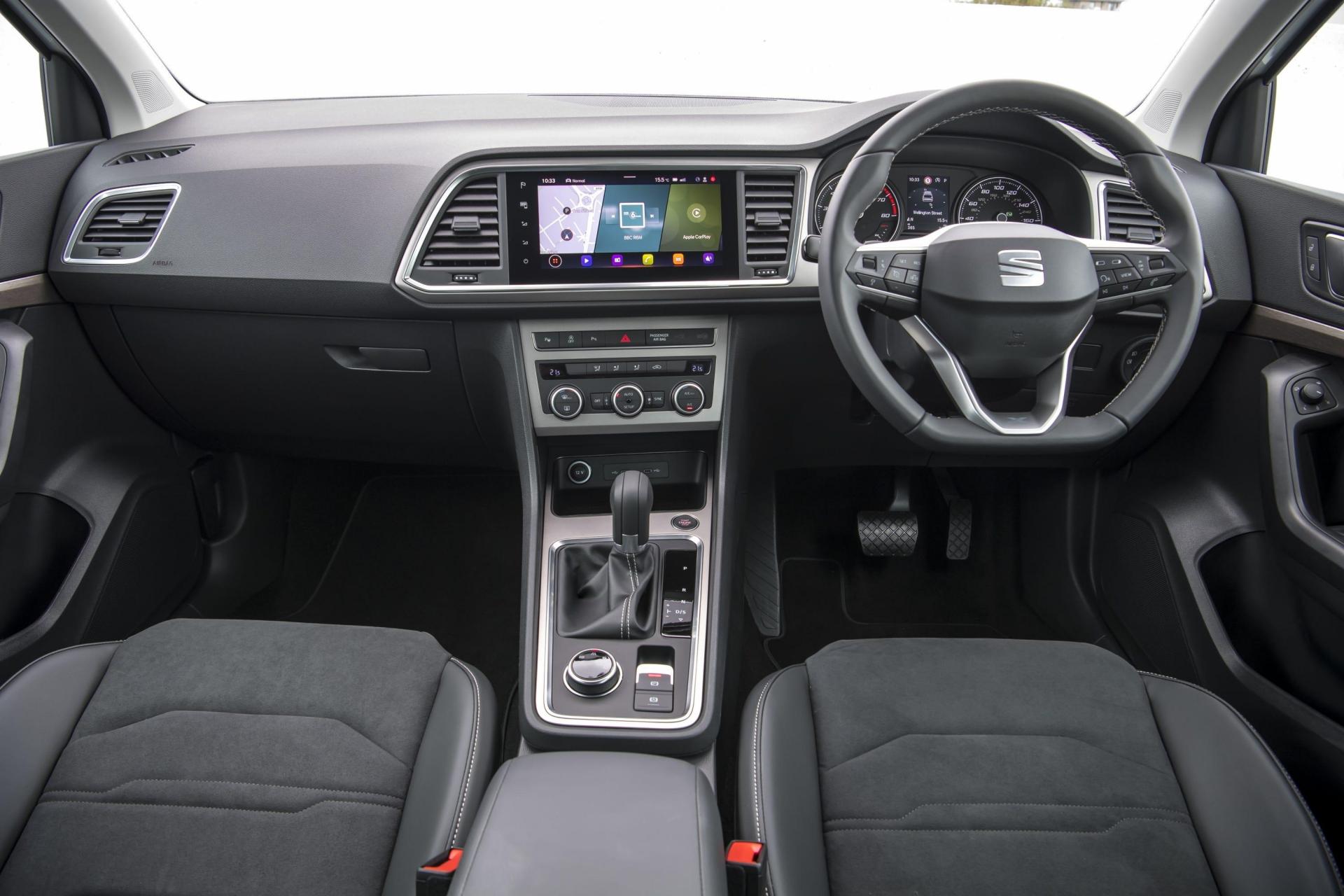 A large infotainment screen sits in the middle of the dash.

The Ateca’s interior is a great place to be, with a high-end finish throughout and plenty of soft-touch plastics and few signs of cost-cutting. While missing out on digital dials (unless you go for the top-spec models) and the fully-digitalised interiors of the latest VW Group cars, the cabin feels no worse for it, and arguably more intuitive with traditional dials and controls.

It’s also seriously practical, with a large 510-litre boot outclassing many of its rivals, and acres of rear space. If you’re thinking of choosing an Ateca because a regular hatchback just isn’t quite big enough, this Seat could be ideal. 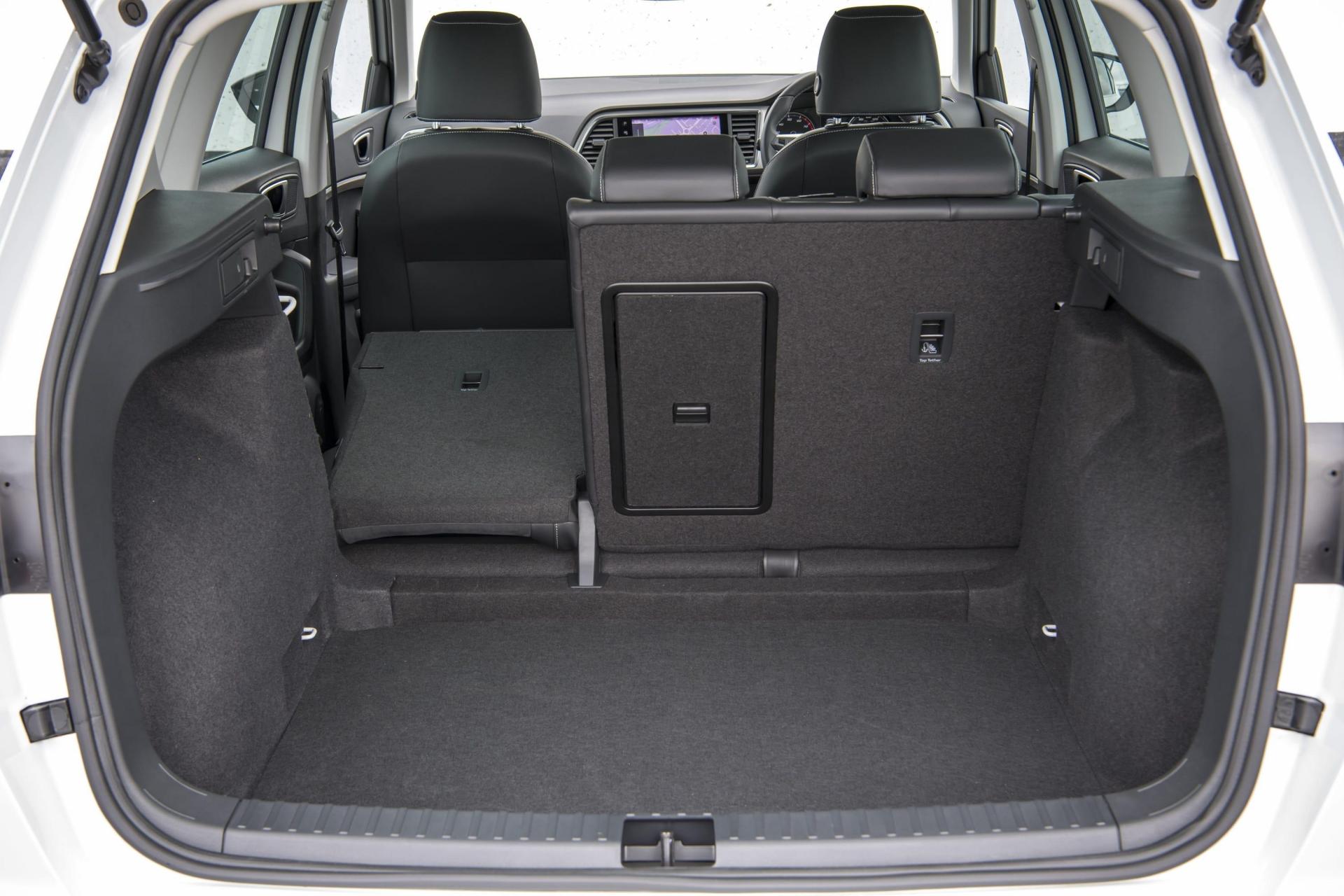 The Ateca’s boot is competitive in size against rival offerings.

The Ateca has long been one of our favourite crossovers in this class, and this updated model only continues that. It brings a near-perfect blend of comfort, sporty drive, practicality and value for money.

A fresher face and more tech as part of this facelift mean the Seat Ateca is once again right at the top of its game.