A powerful photo of two Maltese ITU nurses that went viral during the outbreak of COVID-19 will become the face of a €2 commemorative coin dedicated to heroes of the pandemic, the Central Bank has revealed. 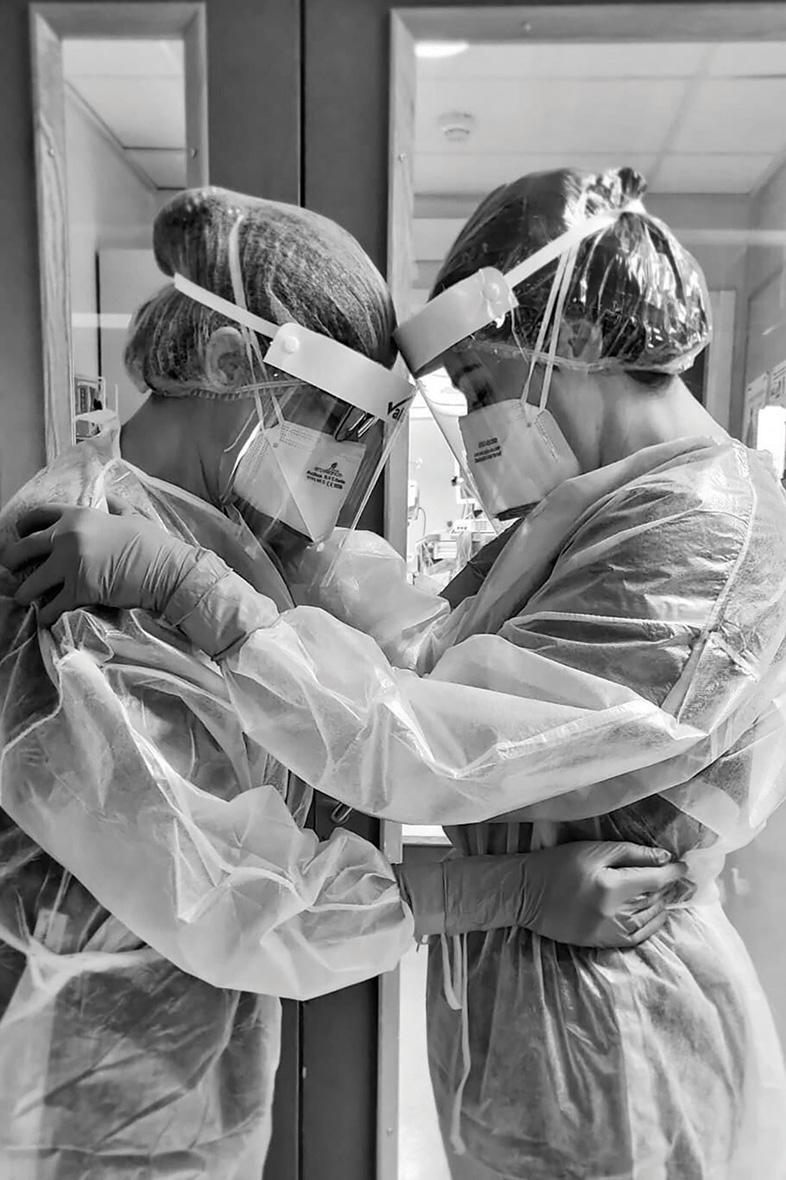 The picture is of senior staff nurses Doreen Zammit and Charmaine Cauchi, whose identities had never been disclosed as they were hidden from head to toe behind their PPE, locked in a supportive embrace, eyes shut tight, before treating coronavirus patients at Mater Dei Hospital.

The photograph, taken by nurse Diane Faenza, captured the climate of stress, fear and courage among healthcare workers at the time.

The image was widely shared when Times of Malta posted it on its social media platforms in April, 2020, amassing thousands of views and shares within hours.

A month later, it was chosen by the Europe branch of the World Health Organisation to mark the International Year of the Nurse and the Midwife, after it was spotted on the newspaper’s social media and permission for its use was requested.

The annual programme for numismatic releases is planned well in advance by the Numismatics and Historical Publications Advisory Board (NHPAB), which recommends several themes to the board, the Central Bank said.

But the decision to use this particular visual on the €2 coin to pay homage to the heroes of the virus pandemic was confirmed by its chief officer for banking, Jesmond Gatt, during a public lecture on Monday.

The commemorative coin was meant to be issued this month but has been held up due to logistical problems at the mint in France as a result of the pandemic.

A new shot of the ITU nurses has now captured smiling Zammit and Cauchi in a more casual and relaxed atmosphere, standing under the original famous photo, as cases are down to zero on some days and, to date, there are no coronavirus patients in the hospital’s intensive therapy unit.

At the height of the pandemic, more intensive wards had to be opened as health workers struggled to cope with the influx of patients.

The nurse who had taken the photo had admitted emotions were high at the time, with the number of new cases increasing daily.

Hundreds of people used the photo to show their appreciation and thank frontliners for their hard work while the country dealt with the outbreak.

It was also the most-liked photo ever on Times of Malta’s Instagram page and even went on to be chosen as the WHO’s Christmas greetings image.