The Central Bank of Malta is going to be giving away bank notes during Notte Bianca – but don’t get too excited: they will be finely shredded!

One of the many duties of central banks is to withdraw unsuitable bank notes from circulation, which it does on an ongoing basis.

Most notes remain in use for as long as five years, according to various central bank estimates, but eventually they get old, worn, soiled or damaged (for example, partially burned, cut or decomposed).

In 2016, national central banks in the eurozone replaced 5.4 billion unfit banknotes – just over a quarter of all the euro banknotes in circulation. 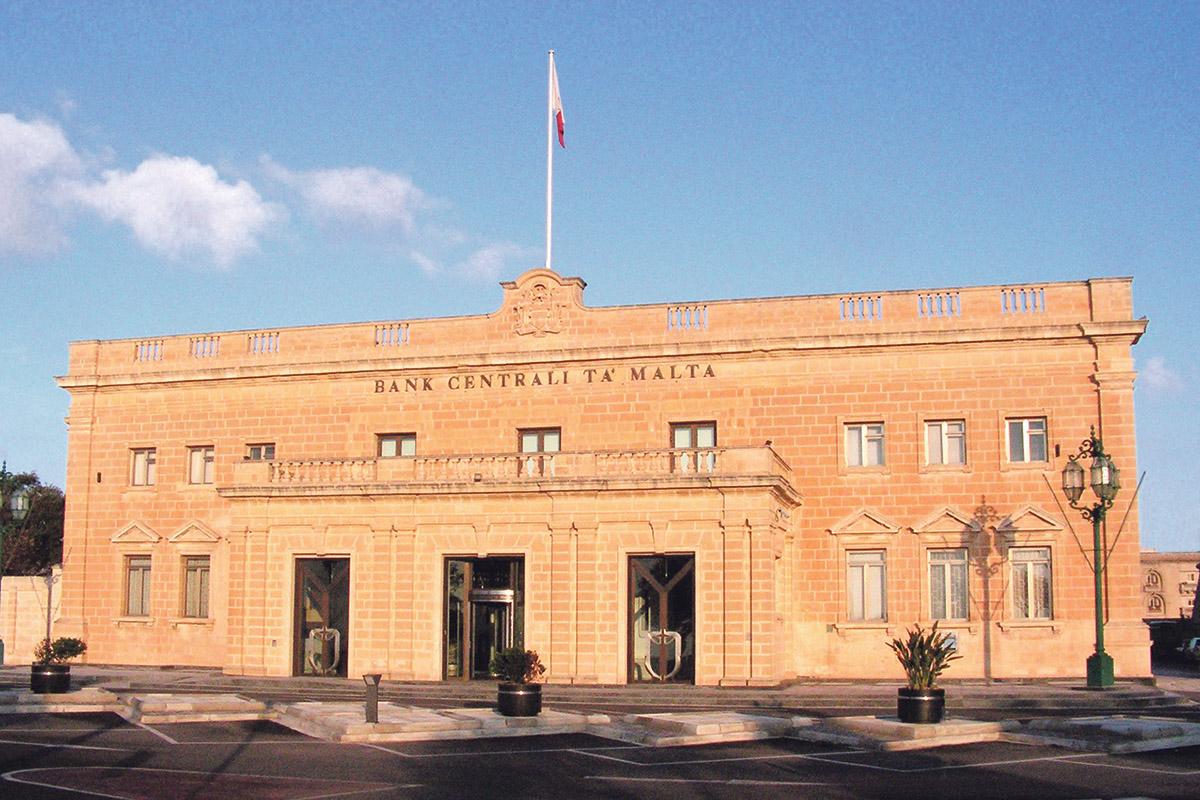 The façade of the Central Bank of Malta in Castille Square.

However, this varies from country to country, depending on a number of factors, such as, for example, whether bank ATMs dispense the note or not.

The European Central Bank (ECB) guidelines regarding replacement of notes are quite comprehensive. For example, a national central bank will replace a damaged euro banknote if you present more than half of the note or can prove that the smaller, missing part of the banknote has been destroyed. However, intentionally mutilated or damaged euro banknotes are not redeemed: defacing currency is illegal.

Given the scale of the operations when it comes to the lifecycle of a banknote – not only across the eurozone but across all the countries where they circulate – the ECB had carried out an assessment to identify the environmental impact involved. The study looked into the entire process, from the production and printing, to their end-of-life treatment.

The study in 2003 found that the process to handle three billion banknotes, which weigh approximately 2,500 tonnes, was the environmental equivalent of each European citizen driving a car for one kilometre or leaving a 60W bulb switched on for 12 hours.

Since then, a number of member states − including Malta − joined the eurozone, and as at last May, there were about 22.6 billion banknotes in circulation around the eurozone, with a total value of about €1.231 trillion. 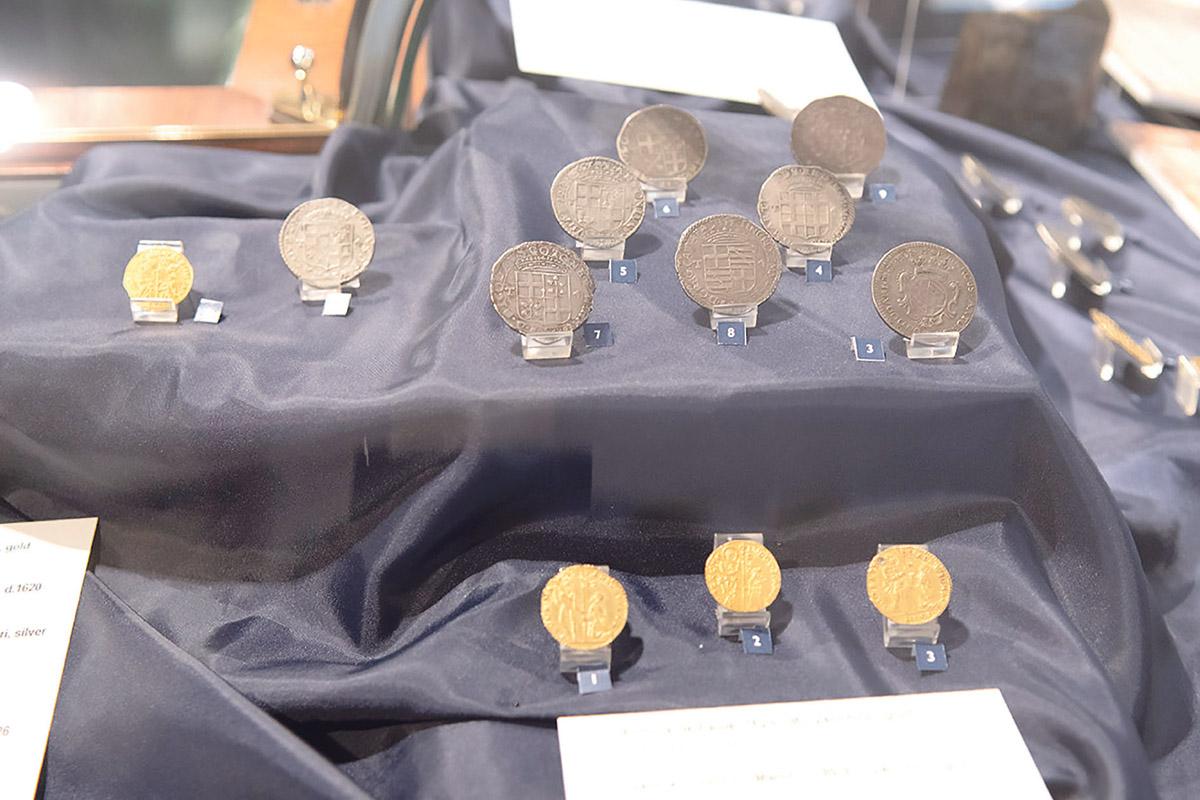 Coins of the Order of St John – Rhodes, Malta and Rome – form part of an exhibition that will go on display again during this year’s Notte Bianca.

Given the numbers, improving the durability of the banknotes has a tremendous impact. The Europa series of €5 and €10 banknotes, first issued in 2013, were very successfully enhanced by applying an additional protective layer. This halved the number of notes that had to be replaced, representing an annual savings of about 500 million new banknotes for €5 notes alone.

However, at some point, notes are deemed unfit to remain in circulation and have to be withdrawn and destroyed.

In 2018, 12.2 million banknotes with a value of €1.3 billion were shredded in Malta, representing 15.2 per cent of inspected banknotes.

Sorting through the banknotes is not as laborious a process as you might think.

Central banks rely on very sophisticated machines which can process up to 33 bank-notes per second, capture an image of a bank-note, apply different algorithms to the image and finally decide whether it is authentic and whether or not it is fit for circulation.

The Central Bank of Malta complements this with visual checks on certain categories of dubious notes.

Notes withdrawn from circulation are meticulously shredded under the watchful eyes of the Central Bank of Malta.

The shredded material is very absorbent, as notes are not made of wood pulp – like photocopy paper – but of cotton fibre. This results in a high-quality paper, which is why banknotes survive being inadvertently left in the pocket of your jeans when they are washed.

The bags of shredded banknotes are not disposed of but are recycled. However, during Notte Bianca, the Central Bank of Malta sets up bags of shredded notes of the different denominations and invites the public to put a few scoopfuls into a plastic bag and take them home.

The Central Bank of Malta will be open tomorrow from 6pm until 11pm. For more information, check out www.centralbankmalta.org/en/event-details/63. 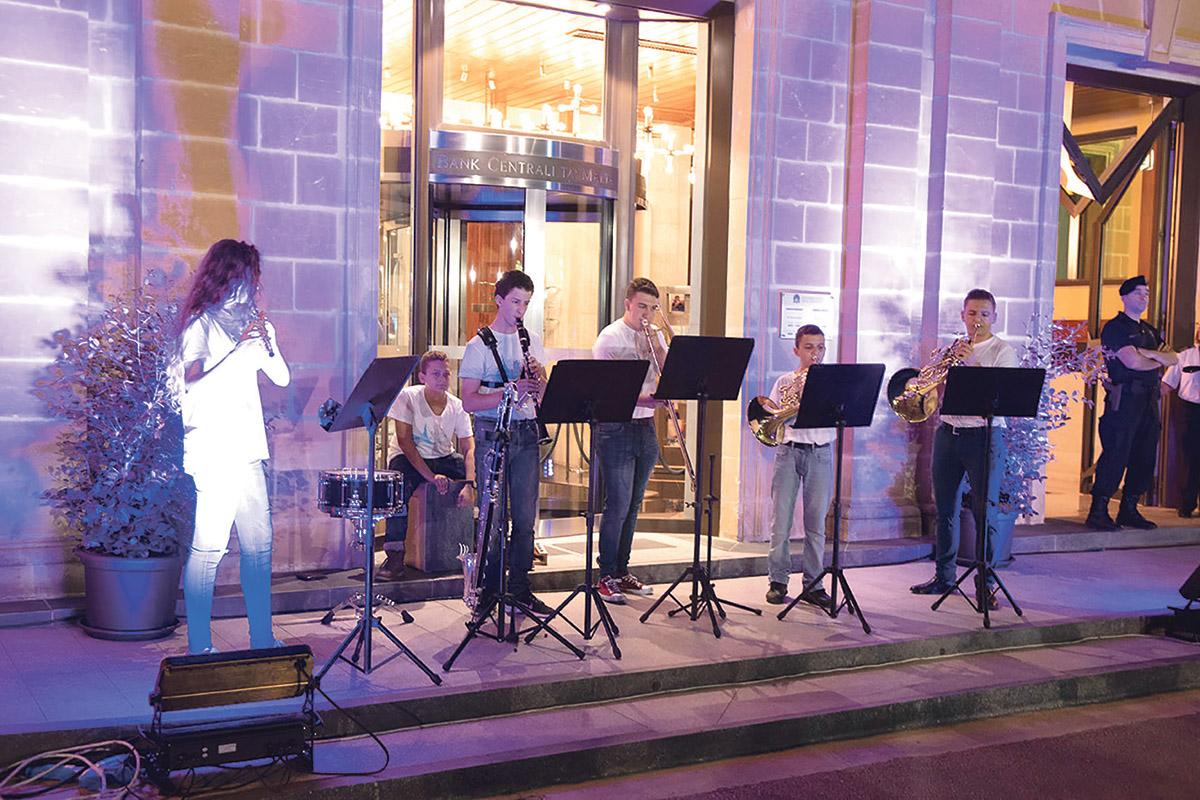 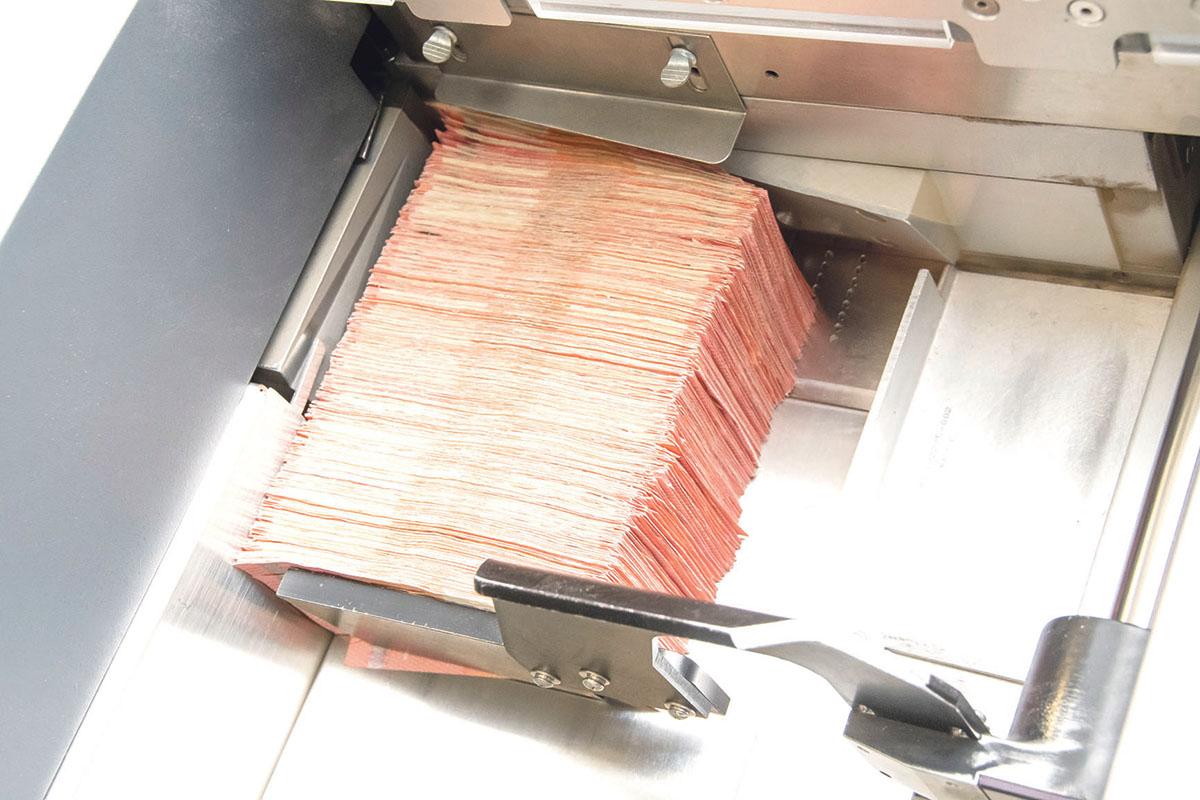 Banknotes in a note-processing machine. 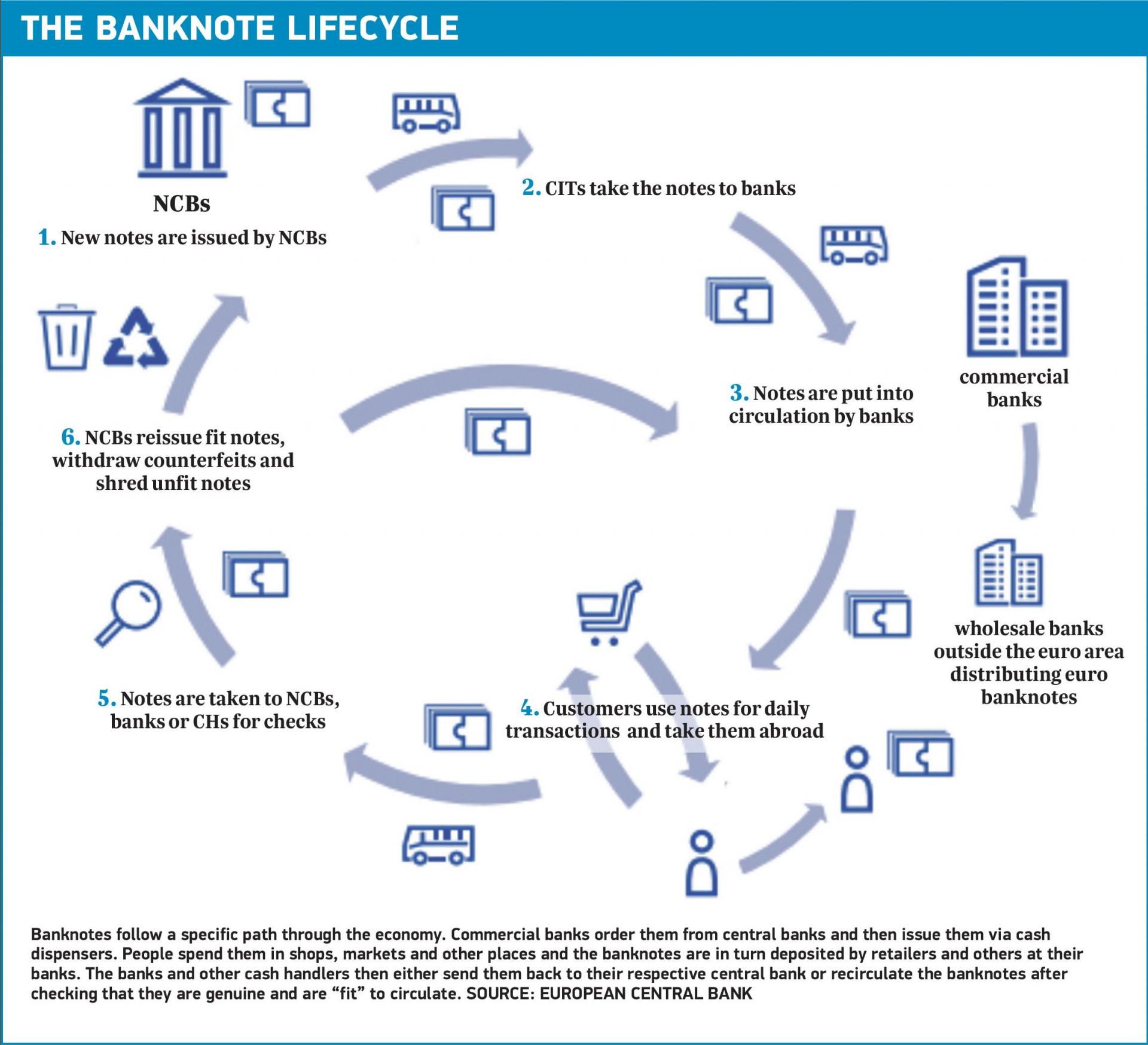