Tomato farmers estimate they have lost a third of their crop this season due to the early heatwave and are fearing more losses from the current spell of blistering temperatures.

Other farmers are reporting substantial damage to crops ranging from olives to peppers and pumpkin.

Tomatoes are among the most important crops in Malta, with the agro-processing industry producing a range of tomato products and employing a lot of people.

“We think we have managed to save 65 per cent of the yield but the harvest is still ongoing. It could very well go down to 55 per cent since we have entered another heatwave,” a spokesperson for the first cooperative said.

He said tomato growers had not had such a bad year since 2009, when the pest tuta absoluta had decimated the plants.

While the tomato plant could withstand high temperatures, the heat this summer was continuous, so some crops could not cope with the stress, he noted.

The two-week heatwave in June, the longest in a decade, caused stunted growth and a decline in blooms. Fewer tomatoes grew and many did not reach full maturity or got burnt. 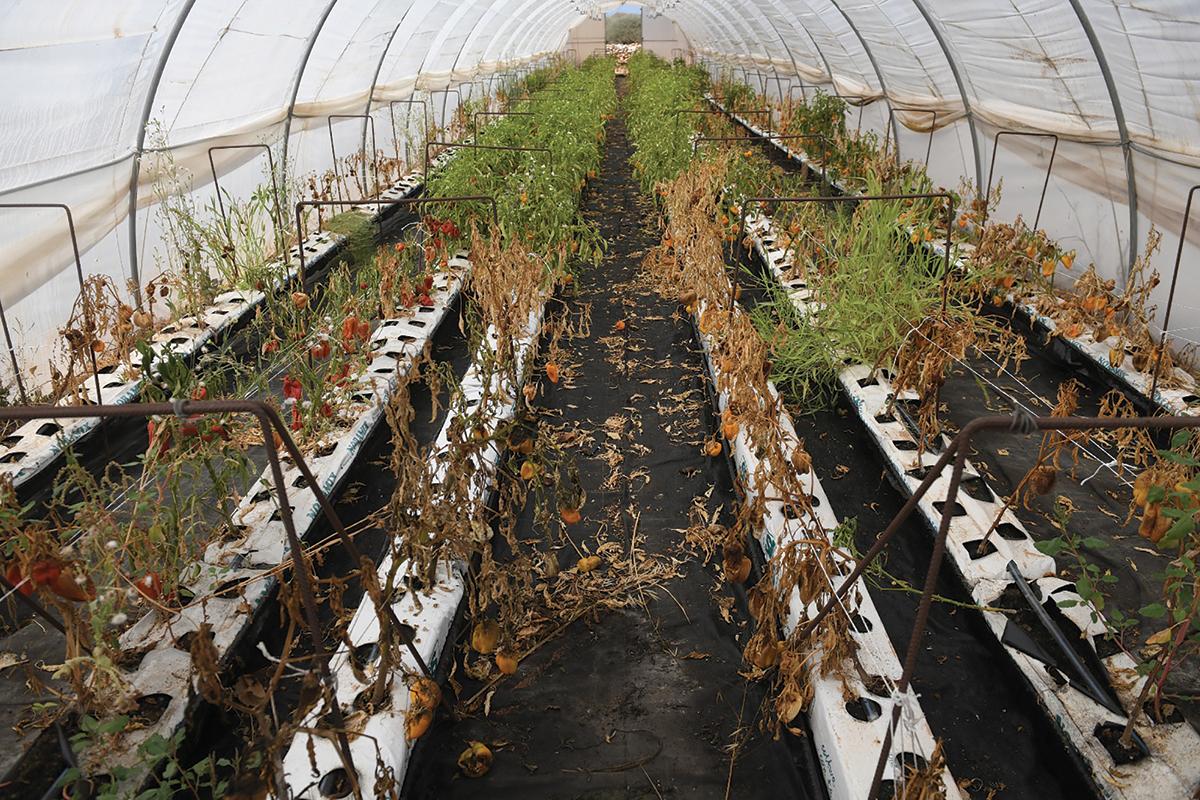 Damage to peppers by the scorching heatwave. Photo: Matthew Mirabelli

Other crops have not escaped the ravages of the heat.

One full-time farmer, Marjan Cini, said he had one tumolo of peppers which were now only good to throw out because a substantial part of the crop had sustained burns.

He said he had also lost 40 per cent or more of his pumpkins as well as seeing damage to other crops, including watermelon and tomatoes.

“We’ve had bad years but this time the heat came early and lasted longer. It’s impossible to understand the full extent of the damage since young plants would have been impacted too,” he said.

Joseph Spiteri, an olive farmer, said over a quarter of his trees, from which he usually harvests 600 to 700 kilos of olives, had barely any fruit growing.

He said the warm temperatures over the winter, along with the very low rainfall and the summer heatwaves, had caused the trees substantial stress. The flowers were dying on the branches.

Spiteri, who has been in the business for 20 years and has owned olive trees for several years, said he had never witnessed anything like this before.

“The heat over winter meant that the tree was not able to reach its dormancy period and, because of that, it was weak. Once the summer heat hit, it meant added strain on the tree and dried the flowers,” he said.

While he irrigated his trees, the low rainfall also contributed to the aftermath.