The story of the Great Siege is usually dominated by narratives of the knights’ fighting prowess but fresh research is shedding new light on the battle that dominates the Maltese calendar. Maroma Camilleri spoke to Sarah Carabott about, among others, the fate of the Maltese islanders. 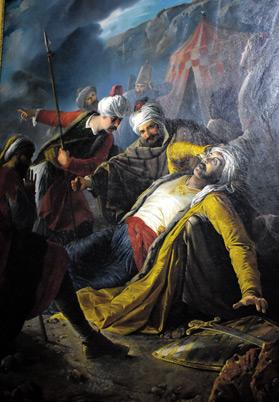 Toni Bajada’s feats secured him a special place in local folklore, however, there are several other Maltese protagonists of this battle, including expert swordsman Luqa, known for capturing many Turks without wounding them.

Sadly, there were also thousands more who fell in battle, including Nino, the son of Mastro Masi Pisaile. The latter, a wall-builder from Luqa, had to petition the courts to be granted custody of his granddaughter who had been left fatherless by the siege.

The battle also left Isabella Grima and Isabella Cesario husbandless, with a hungry brood of six each.

These are some of the protagonists in a new paper by Stephen Spiteri about the Maltese combatants in the siege.

The author notes that the bulk of the army was made up of professional Spanish troops and foreign mercenaries from Sicily and Italy and, in the larger part, the island’s inhabitants.

His paper is one of about 40 new ones that shed a different light on a story which most of us know of as a battle between the kåçnights and the Ottomans. 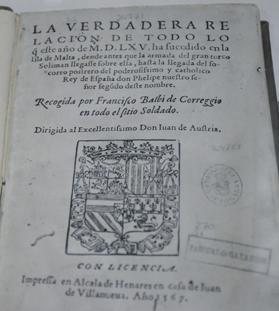 Liam Gauci, from Heritage Malta, explained that researchers were still coming across new information in the kilometres of archival material left by the knights as a result of their bureaucratic ways.

The fresh detail would provide readers with a different perspective of what they knew about the siege, Mr Gauci said, noting that victory had helped the knights reclaim their identity as defenders of the Catholic faith. Most probably, had Malta been lost to the Turks, it would not have made a difference to the rest of Europe, he said, adding that the Ottomans wanted to get rid of the knights because they were a thorn in their side. One of those who had urged for the destruction of Malta was Roxelane, the favourite wife of Suleiman II.

In one of the papers, Stephen Degiorgio notes that Suleiman’s deceased wife “had taunted her husband to set upon Malta, urging its destruction, and, prior to her death, went as far to bequeath a substantial sum of money for an expedition against Malta in virtue of a pious intention for the repose of her soul”.

The papers are being published as part of a series of events, in collaboration with the Malta Libraries, which include one of Heritage Malta’s largest exhibitions being held at the President’s Palace, in Valletta.

A conference bringing together historians from the UK, Holland and Turkey will be held on October 29 and 30 at the recently-restored Fort St Angelo, in Vittoriosa.

More information about the two published volumes, the exhibition and the conference is available on www.heritagemalta.org or www.libraries.gov.mt.

The death of Dragut:

For many, Ottoman Admiral Dragut died leaning back, propped up by his men, right hand held up to his temple wrapped in a turban, eyes wide open.

In this popular depiction by Giuseppe Calì, which follows the western narrative, the Libya ruler Darghut Pasha, as Dragut is known in Malta, is dying from head injuries.

However, an anonymous drawing at the Islamic Museum, in Tripoli shows Darghut dying from abdomen wounds, as in the narrative by18th century Arab historian Ibn Ghalboun who contests that he died by friendly fire.

There is more than one version of Darghut’s end and these details have been penned in a paper by Simon Mercieca and Frans Cassar about the end of Darghut at the siege as recounted by Ghalboun.

“It was never clear whether Darghut was killed by friendly fire, as claimed by the siege witness Francesco Balbi di Correggio, or by enemy action,” they say.

Balbi and the 16th century historian Giacomo Bosio share the same view of the cause. Darghut died from internal haemorrhage after being hit by a splinter from a cannon ball hitting the rocks close to where he was.

However, while Balbi claims the splinter was caused by a low cannon shot fired by Darghut’s forces on his orders, Bosio said the shot came from Fort St Angelo. Still, in a third narrative by Terence Duggan, from Antalya University, which will be published in the second volume of the papers, Darghut was actually injured when a cannon, which had just been repaired, exploded.