Chris Fearne and Robert Abela will go head-to-head in a Labour Party leadership race that will run through the Christmas holiday season and determine who will replace outgoing Prime Minister Joseph Muscat.

The two contenders put their hats in the ring as nominations formally drew to a close on Wednesday evening.

Mr Fearne, 56, who is currently Deputy Prime Minister and Heath Minister, has long been rumoured to harbour leadership ambitions and seems to enjoy good standing among members of the Cabinet, many of whom have come out in public support of his candidature.

Dr Abela, 42, is seen by some as more of a dark horse in this race, having never held a senior government office. However, while he may be somewhat of an unknown quantity, party sources say he enjoys strong support among Labour grassroots and polls well in internal surveys.

Until the close of nominations at 8pm on Wednesday, rumours had been swirling that a third contender – tipped to be Transport Minister Ian Borg – would make a dramatic last-minute announcement.

In a Facebook post shortly before the close of nominations, Dr Borg pledged to work with whoever won the race between Mr Fearne and Dr Abela.

How will the new leader be chosen?

The race will run until January 12, when Malta will finally know who its new prime minister will be.

Had there been more than two candidates, a preliminary vote would have been taken among the 900 party delegates during a special party conference to whittle the contenders down to the two most popular candidates.

The two candidates who received the most delegate votes would have then faced each other at a PL congress open to all paid-up party members on January 11.

However, since there are two contenders there will be one vote between the party's approximately 15,000 card-holding members, who must choose between two candidates on January 11. 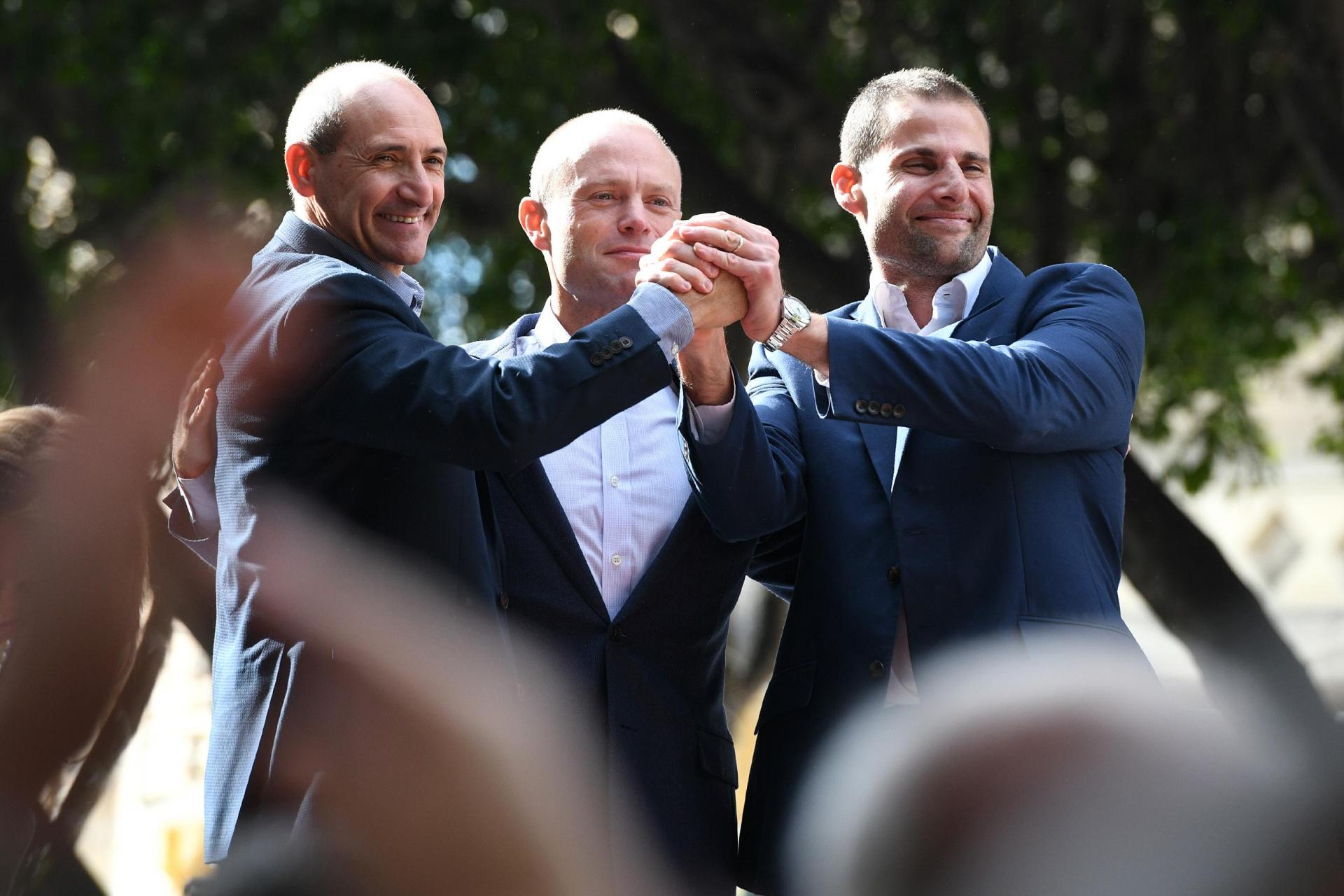 'Battle for the soul of the Labour Party'

Party delegates told Times of Malta that a “battle for the soul” of the Labour Party was being waged in PL clubs and party organs across the country.

“We are facing a crisis right now. That much is clear. But the way we react to this - whether we seize the opportunity before us and take a new direction, or if we double down and continue on the path we are heading - will determine how history will treat the Labour Party in the years to come,” a veteran party delegate said.

Another said the party was split at the seams between a “coalition of traditional socialists, intellectuals, and workers” and the “movement” of “new Labour” that in many ways carried on in the footsteps of Joseph Muscat’s leadership.

The PL has been in crisis mode ever since a major breakthrough in the investigation into the murder of journalist Daphne Caruana Galizia started to raise suspicions that the office of the prime minister played some sort of role.

Dr Muscat’s right-hand man Keith Schembri had to resign hours before he was called in for questioning in connection with the assassination.

Although he was released without charge, testimony in court has repeatedly pointed fingers at a number of OPM actors.