Former Electrogas director Turab Musayev signed a deed to buy a €2.5 million flat in Holland Park Gardens, located a stone’s throw away from Kensington Palace, six months after proceeds from the December 2015 deal were divided between them.

Documents reviewed by Times of Malta show Fenech acted as a witness for the mortgage deed Musayev signed to purchase the property.

The original €2.9 million acquisition by Cifidex was funded by Fenech’s once-secret company 17 Black.

Suspicions have been raised that the deal was deliberately engineered to channel money to 17 Black, by introducing Cifidex as an intermediary and getting Enemalta to overpay for the shares.

At the time, Konrad Mizzi was energy minister.

The value of the London property tallies with the €2.5 million profit that would have been retained by Cifidex from the Montenegro deal, after kicking back €7.8 million to 17 Black. 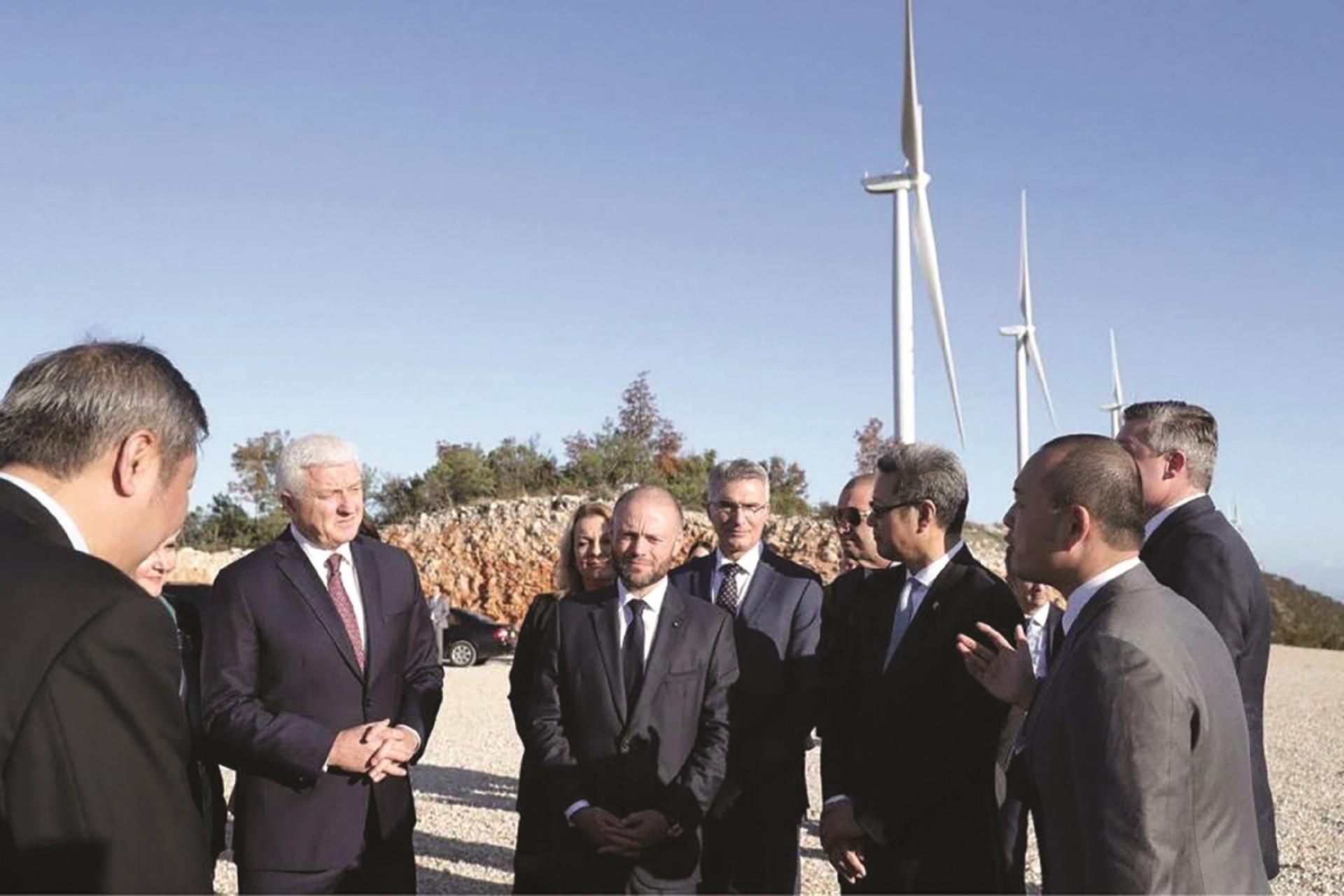 Joseph Muscat, centre, seen during the inauguration of the Montenegro wind farm in November 2019.

How was the deal structured?

Internal Enemalta investigations have raised concerns about governance failures surrounding the deal, Enemalta has claimed not to have known that Musayev owned Cifidex.

A review carried out by an external law firm confirmed that Enemalta knew it was paying triple the original price for its shares in a Montenegro wind farm.

The deal is the subject of a magisterial inquiry launched in 2020, following the revelations by the Times of Malta and Reuters.

Enemalta has said it has since introduced a risk management policy, an anti-money laundering policy as well as investment and procurement policies.

Cifidex, which is registered in the Seychelles, had no publicly visible links to either Musayev or Fenech at the time of the Enemalta deal.

Instead, intermediaries were used to conduct negotiations with Enemalta over the acquisition, at a time when Cifidex did not even own the wind farm shares.

Musayev denies any wrongdoing in the Montenegro deal. He did not respond to a request for comment by the Times of Malta about the property acquisition. Documents show Cifidex was introduced into the Montenegro deal with Enemalta by Chen Cheng, a Chinese energy negotiator involved in Shanghai Electric Power’s part-acquisition of Enemalta.

Cheng’s mother-in-law was last year outed by Times of Malta and Reuters as the owner of Macbridge.

Macbridge and 17 Black were identified in a leaked e-mail as the main potential source of funds for the Panama companies once owned by former government officials Keith Schembri and Konrad Mizzi.

Both deny any wrongdoing.