The event, which was led by journalist Ivan Martin, was streamed and live blogged below.

These are the key things the minister said:

10.35am The event is over, and people are exiting the theatre. Thank you for having joined us, and goodbye.

10.30am Five questions, one answer

1. Will the Air Malta issue finally be resolved in the next year?  Caruana - Yes

2. Malta-Gozo tunnel - will work actually begin this legislature? Caruana - Not my responsibility, I don't know

3. Looking back, was your jobs policy based on third-country nationals a mistake? Caruana - No

4. Will tax refund cheques increase again this year? Caruana  - No

5. Is Malta's cash-for-passports scheme here to say? Caruana - Not a yes or no. But here until we’re allowed to.

It's all about sentiment

10.27am Why are we subsidising wasteful energy use, the minister is asked. Why should a wealthy family get subsidised to light up their pool, or run ACs in rooms they are not using?

According to the minister, it’s all about the economic sentiment. Not offering a subsidy would be worse. 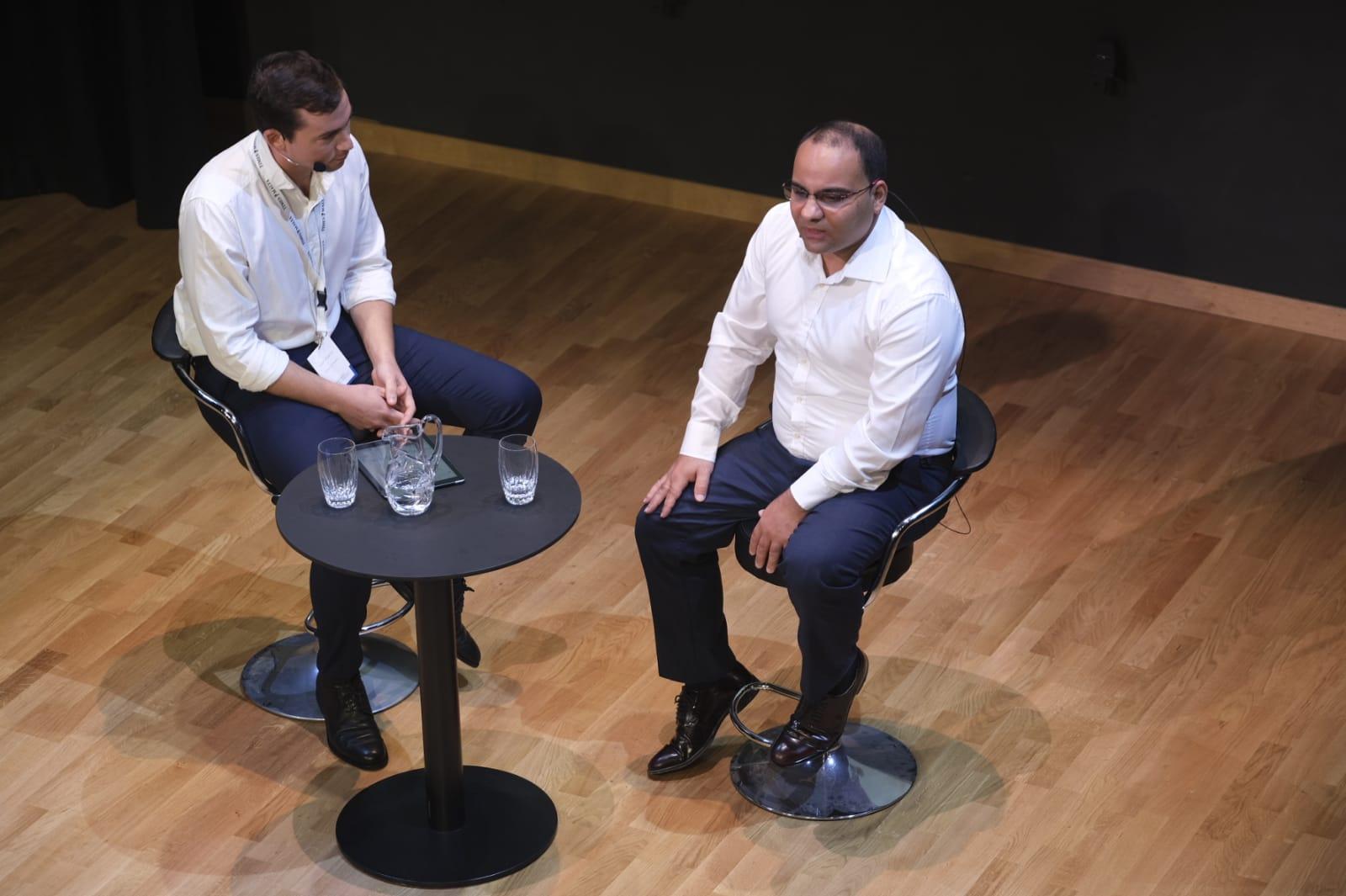 10.26am Caruana paints a picture of a future Malta that is an offshore energy powerhouse, first touting Malta’s mind-bogglingly large offshore area, and then citing the growing interest in offshore wind turbine-generated energy.

10.21am Caruana suggests leveraging the private sector to improve the environment – burger stalls at national parks, anyone? – and says that is one of the ways in which the government’s economic plan will benefit the environment.

Ivan Martin pushes the minister on this point. So will the €700m urban greening fund be slashed, with the private sector making up the shortfall?

Caruana does not really deny it. “What’s important is that there is a €700m fund,” he says.

The discussion was prompted by a question from MPS' Sarah Mifsud, who has been waiting and hoping for more than a token mention of the climate crisis.

10.20am Andy Cassar asks if the minister would consider bailing out key industries.

Caruana says he doesn’t see any signs of that happening, noting that moratorium-linked loans are being paid at a healthy pace.

10.18am Times of Malta editor-in-chief Herman Grech tells the minister that there are just too many workers within the public sector, all while the private sector is crying for workers.

Caruana acknowledges that public sector employment has increased over the years, but says that has happened at a steady rate. One of the government’s priorities will be seeing how to control recruitment going forward, he says.

'The money is there. It's about how it's managed'

10.13am Caruana does not appear to be impressed by surveys suggesting that hordes of local youths intend to pack up and leave the country.

“There is a big contrast between what surveys say and what people really do,” he says, a couple of minutes after citing a survey result of his own.

The minister says Malta has a number of quality of life issues that need to be addressed.

“The money for the upkeep of the country is there. It’s just an issue of how that money is managed.”

10.08am Caruana argues that the University of Malta is capable of digging through its books and finding some savings, given that its budget has shot up in recent years.

Ivan Martin points out the irony of telling the university to save money while flying 30 people out to New York for the UN General Assembly. The minister thinks that’s not a fair comparison, as ministries have been told to cut down on travel expenses, too.

10.05am The minister is asked about investment in green economy initiatives and R&D by Matthew Caruana of JA Malta.

Caruana argues that the government has to prioritise national stability, through energy subsidies, and also to ensure that the government is fiscally sound. People agree, he adds, with 87% of people surveyed believing fiscal soundness is imperative.

Without energy subsidies, people’s bills would rise by 140%. It would be the equivalent of sucking €600m out of the economy. 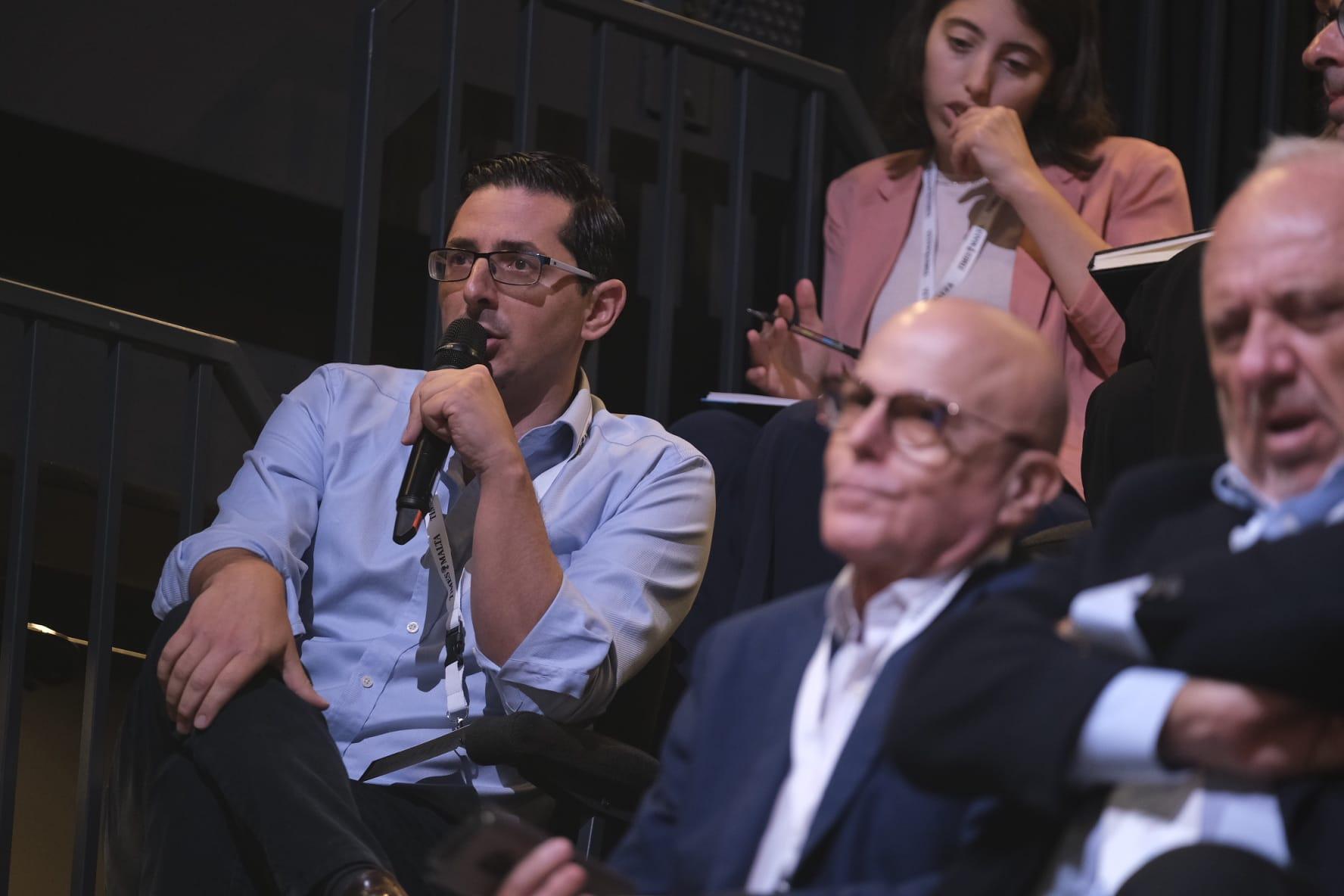 What about a global minimum corporate tax rate?

9.56am Things have changed, Caruana says. Initially, the plan was to introduce a Europe-wide corporate tax floor by this time. But Hungary is sticking to its guns and over the pond, the Republicans are likely to regain the US Congress and bring about a legislative deadlock.

All the impetus behind that OECD plan could easily fizzle out, the minister implies. That's the fickle nature of politics.

'Malta has some of the lowest costs in Europe'

9.52am Philip Fenech, a tourism sector lobbyist who serves as deputy president of the Chamber of SMEs, takes exception to the minister implying that many businesses are cheating on their taxes.

Many owner-owned businesses, Fenech says, “do not make money”. Instead, they exist purely to provide their owner with a decent wage.

Fenech is also concerned about changes to COLA. Raising burdens on employers could spark secondary inflation, he warns. Caruana points to economic history – indexation has been proven to work, he says. And this year’s high COLA (and probably next year’s too)are outliers, not the norm.

The minister thinks there might be a few spillover effects into the economy, but nothing disastrous. “Far from it,” he says.

“It’s important for workers to keep their spending power,” he says, adding that Malta’s wage increases are lower than what mainland Europe is seeing. The reduced rate of inflation here is making us more competitive overseas, he notes. 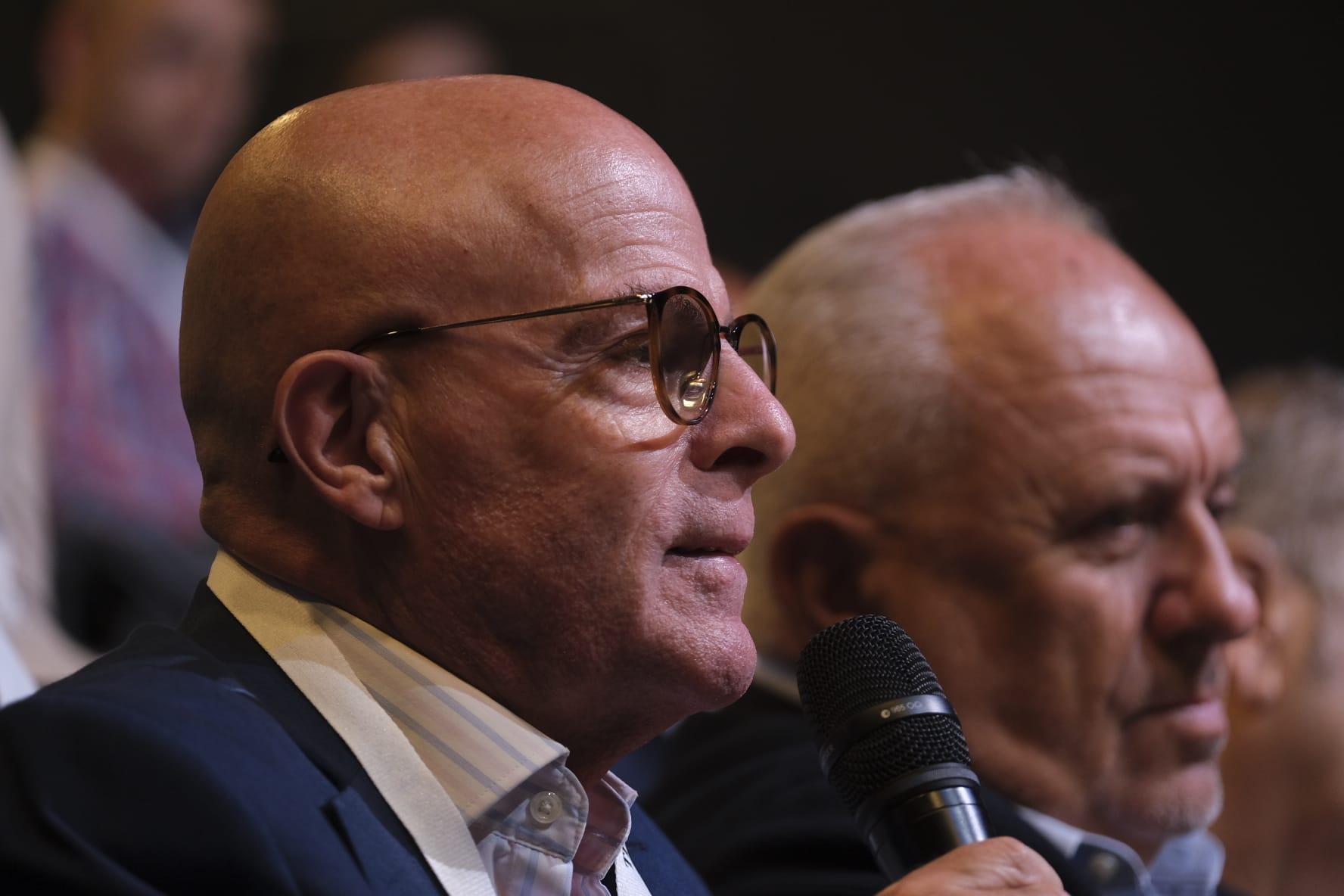 9.47am Caruana expects prices to keep rising for several months and central banks to continue increasing interest rates significantly. That will slow down demand, and eventually, they will “engineer a slowdown in the world economy, to prevent the sort of price spiral the world saw in the 70s.”

“It will take a while, because the markets have to adjust to what’s happening in Ukraine and Russia,” he says.

What about political parties?

9.45am ADPD chairperson Carmel Cacopardo thinks what Caruana just said about taxation is all well and good – but does that go for political parties, too?

Both the PN and Caruana’s own party, the PL, owe millions.

The minister says one of them - he doesn't say which - has signed on to a payment plan and is paying that debt off in instalments.

“I’ll believe it when I see it,” quips Ivan Martin.

“You won’t see it, not even I see it,” replies Caruana.

Some pay, most don't

9.42am GWU president Victor Carachi has a question about fairness.

If only 40% of companies declared a profit in 2019, what is the government doing about the other 60%?

“They got all the COVID benefits too, after all.”

Caruana argues that we need to change the country’s entire culture – earlier, he acknowledged that “there is an element” of a nation of tax dodgers within us all.

9.35am Air Malta chairman David Curmi is in the audience.

He describes the ongoing restructuring as “very brutal” and happening “very quickly”. “I’m as confident as the minister,” he says.

“We’re going to turn this company around.”

9.33am Discussion veers to Air Malta, which seems to leak millions from the skies.

"Air Malta is a classical textbook case of how business should not be done," Caruana begins.

He notes that the airline was flying half-empty planes, with a seat load factor of 40%, and had "hundreds" of employees that were not productive.

Collective agreements are also flawed, the minister says, with early retirement stipulations that grant employees 2/3 of their salary until they reach retirement age.

Negotiations with pilots and cabin crew are still underway, but the minister says he wants those wrapped up by the end of the year. But they won't cost hundreds of millions, he says.

"This haemorrhage has to stop."

9.29am Yes, it's true, Caruana acknowledges. There is some predatory pricing underway and "certain businesses are abusing prices to make up for COVID-19 [difficulties]. 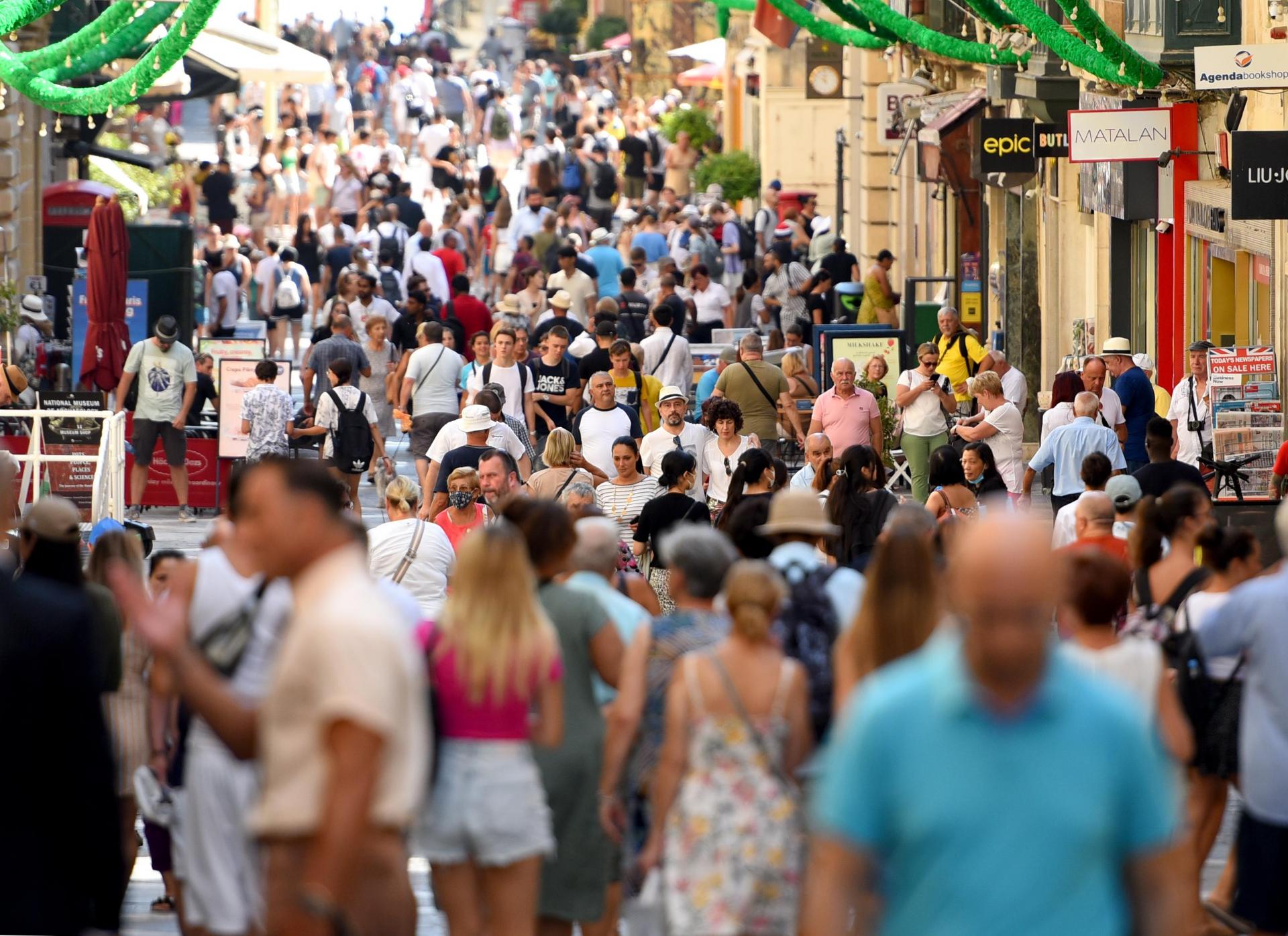 After the two-year COVID lull, streets were packed once again this summer. Photo: Chris Sant Fournier

9.28am Malta cannot go back to the 80s, he says when asked what the government can do to help cushion rising prices.

He then turns to an additional COLA mechanism that was originally meant to be introduced during last year’s budget. His economic policy department has been working on it “all year”, he says, and it will impact one in five citizens.

The mechanism is intended to top up the Cost-of-Living-Adjustment, when needed, to society’s poorest workers.

9.24am Caruana talks up energy subsidies – not stepping in to cushion energy prices would give Malta a 2.5% GDP blow, going into the future. “Just look at what’s happening in mainland Europe,” he says.

Three years ago, just 40% were declaring a profit

9.20am Caruana uses an anecdote to illustrate the extent of Malta's tax collection problem. In 2019, when real growth was average around 6%, just 35-40% of companies were declaring a profit, he said.

Inland Revenue has since increased its tax collection efforts and made some policy changes which are making it easier to collect dues, he says.

The minister reckons that the benefit to state coffers is in the hundreds of millions of euro every year - money that was previously not being paid in taxes.

9.16am For Caruana, the debt-to-GDP ratio is “the most important metric” in public finances. Malta is doing fairly well on that count: its ratio is in the high 50%s, which many EU member states would be envious of.

But the government has to keep an eye out – the ratio has been growing in recent years, in large part due to government spending on things like the COVID supplement and energy subsidies. 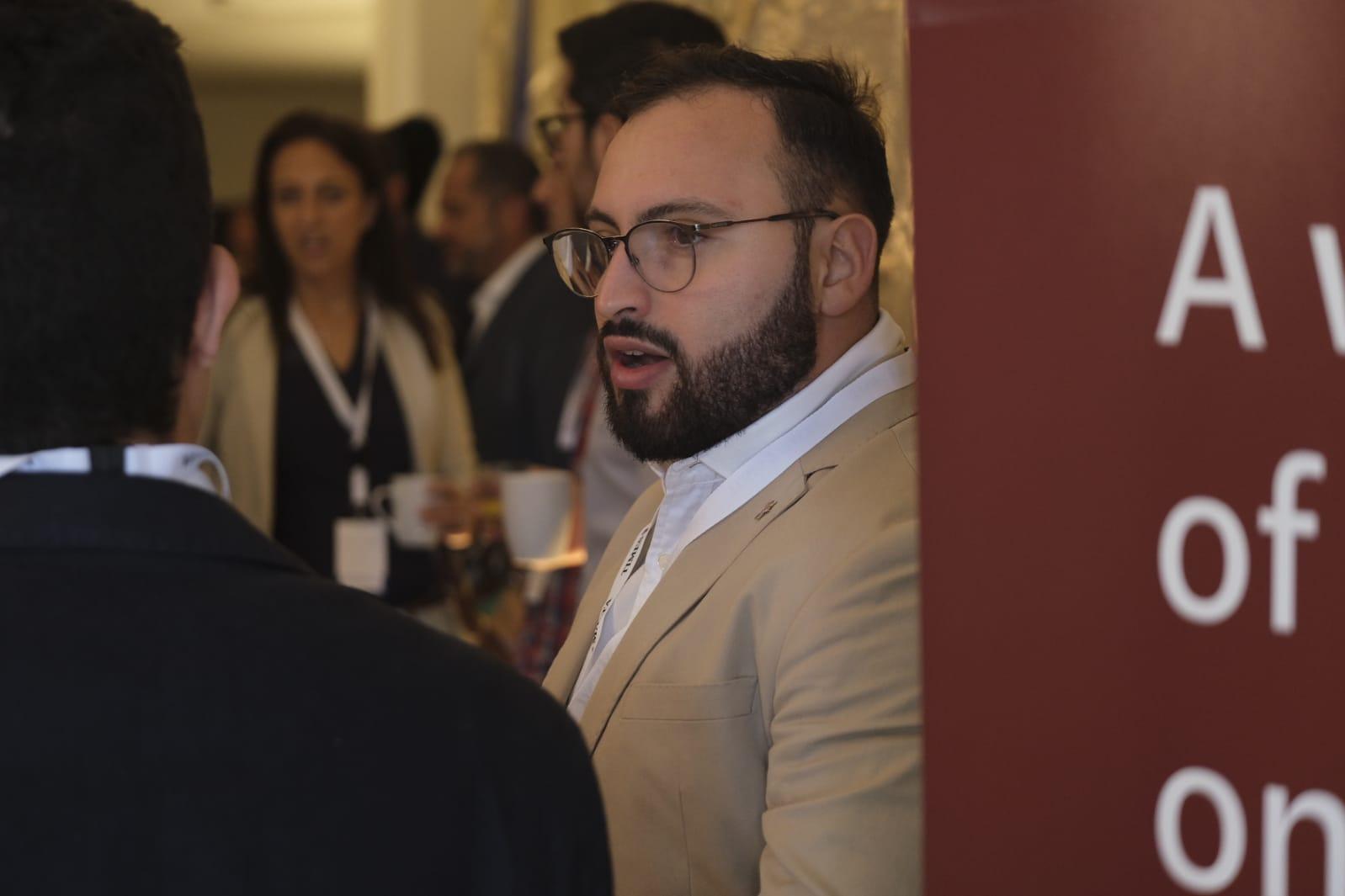 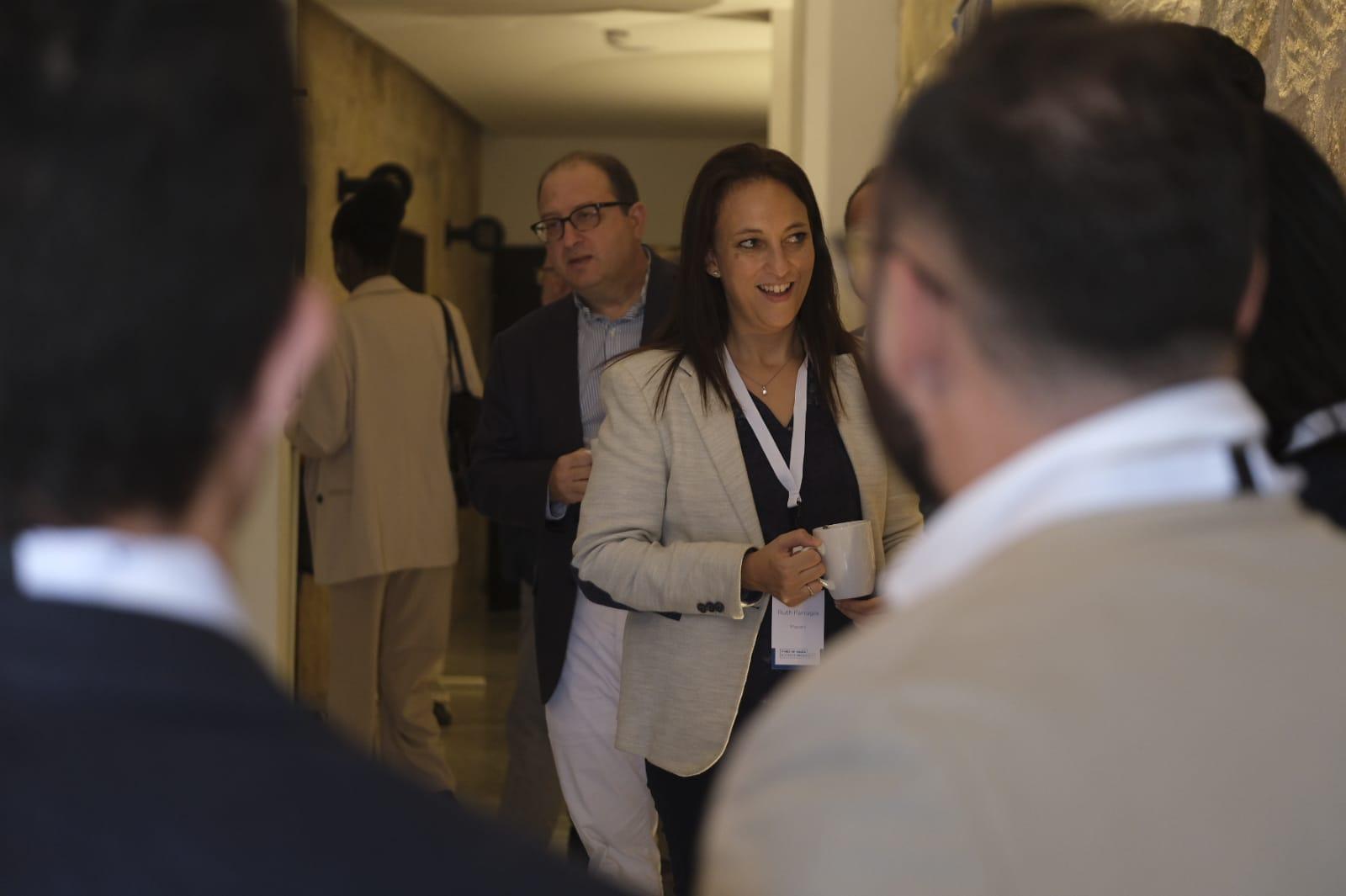 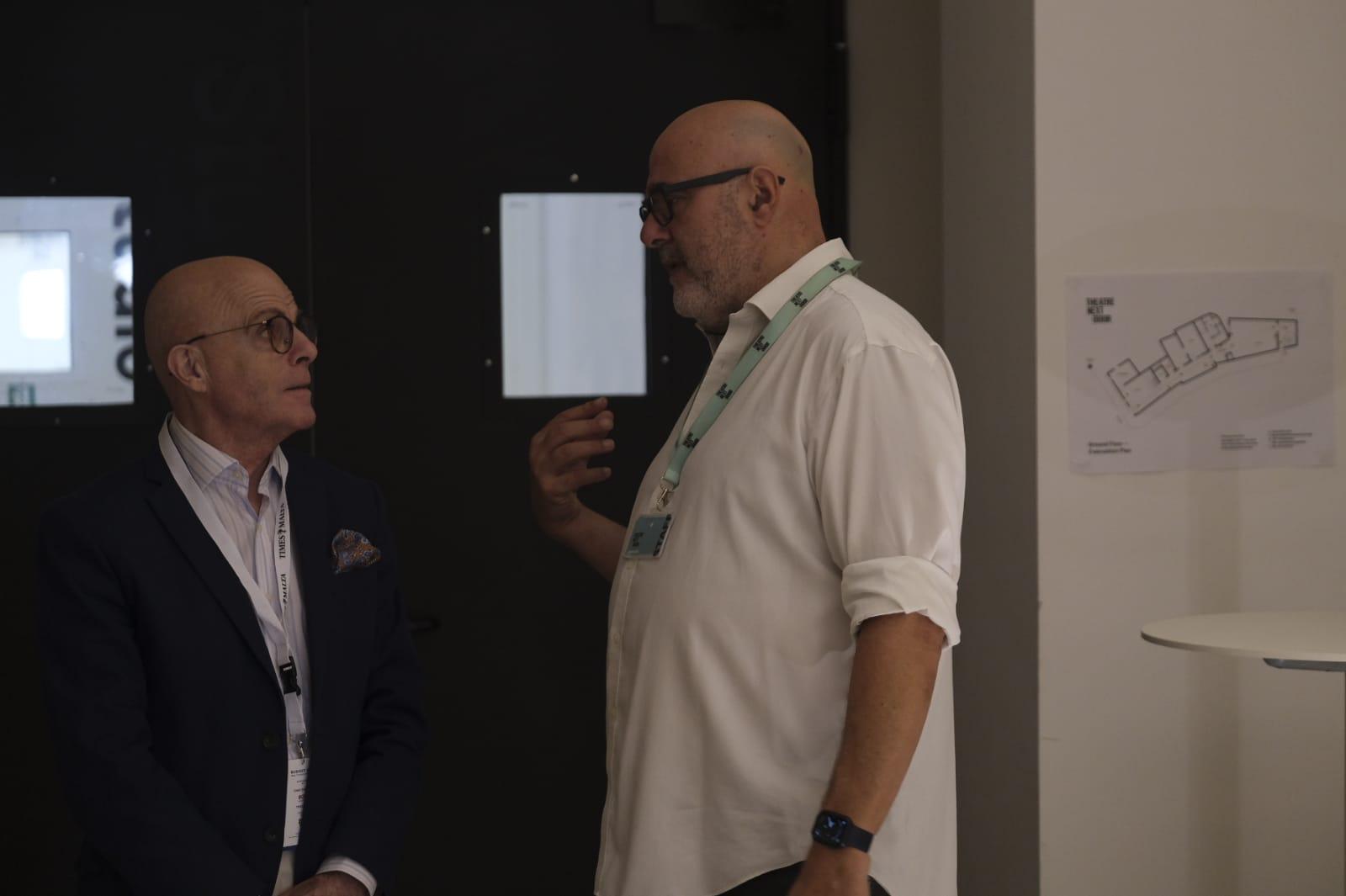 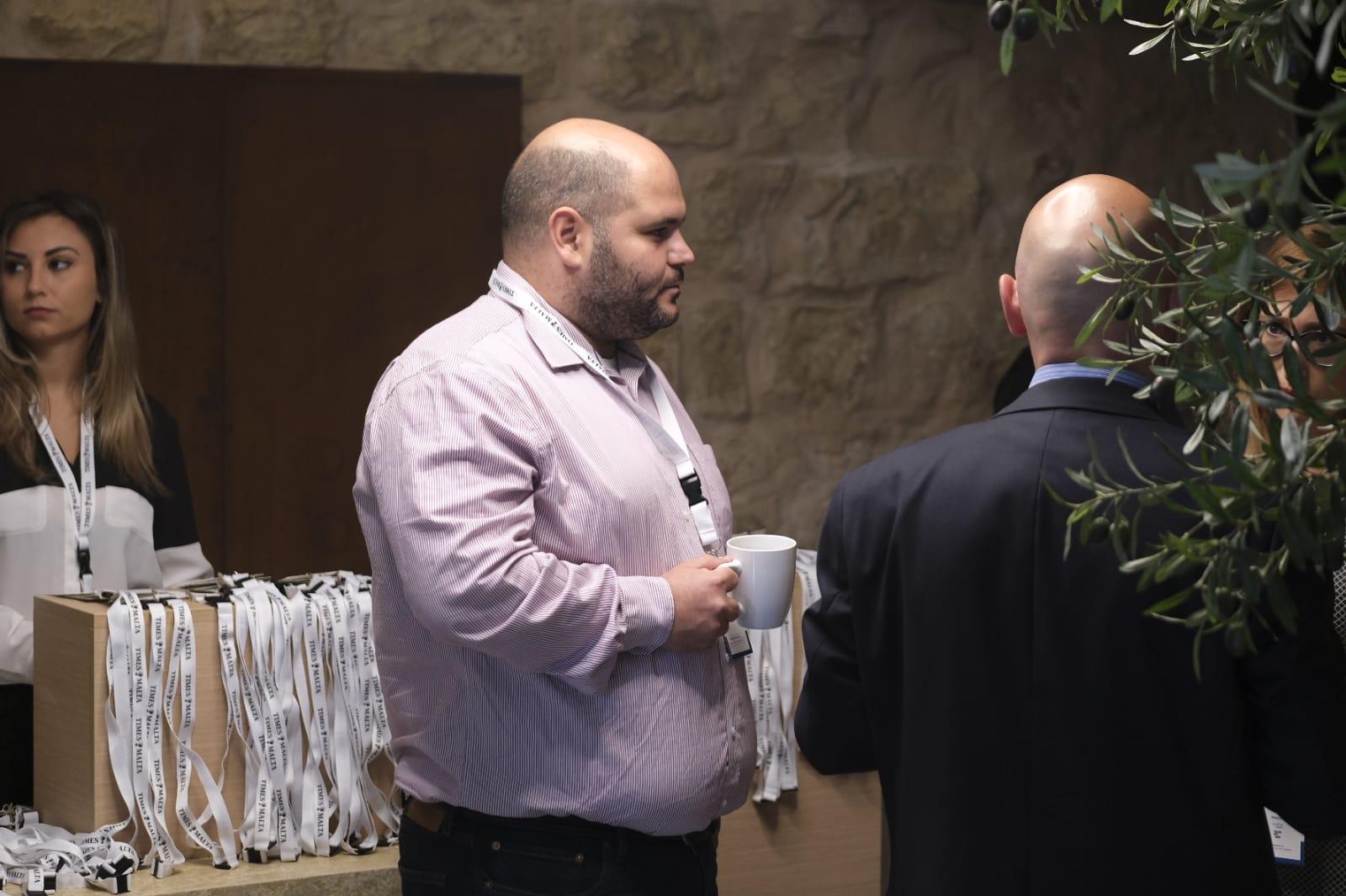 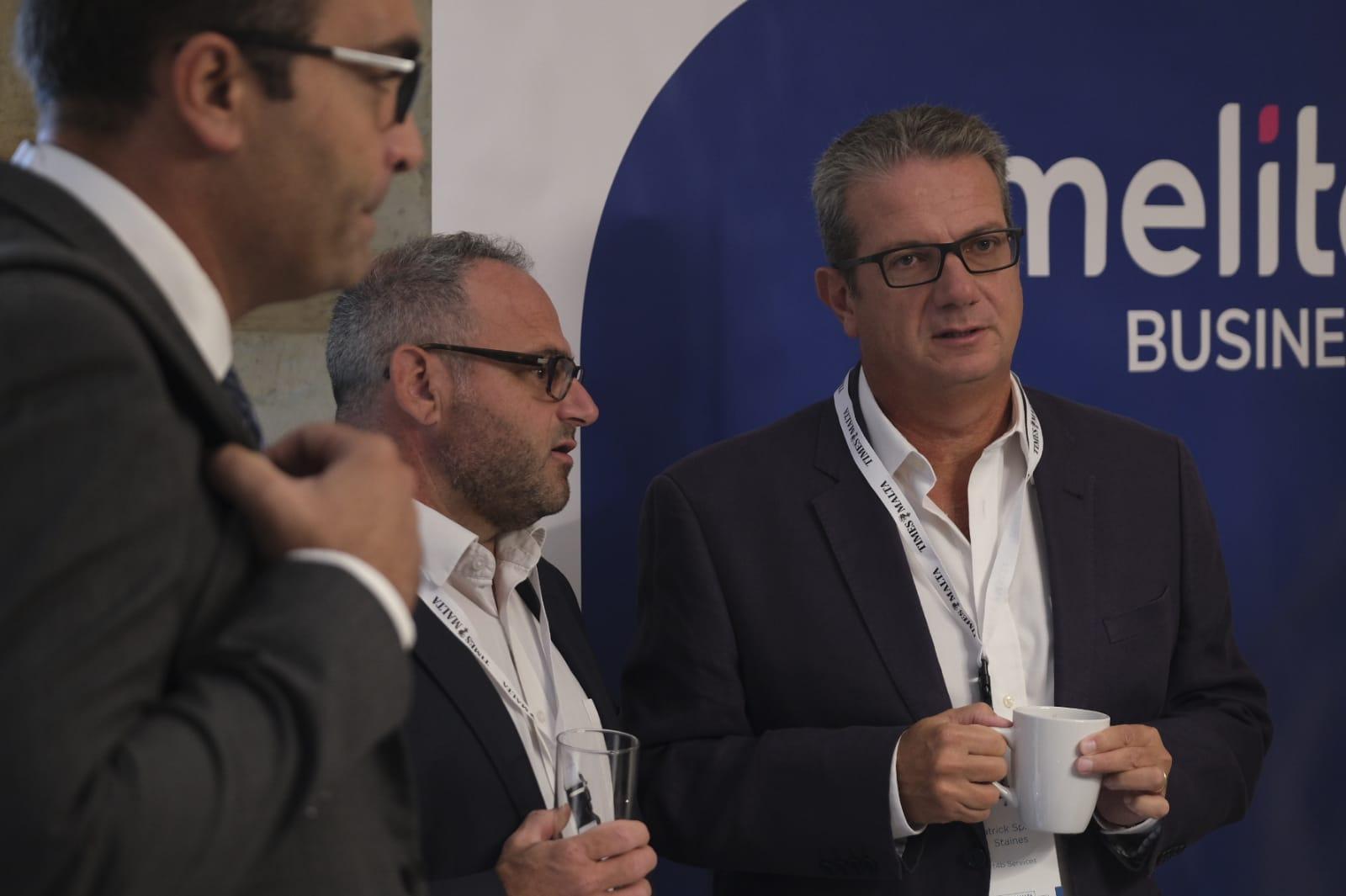 Where did Caruana trim the most fat?

9.12am Caruana is coy when asked where he found the most wasted spending throughout ministries. A spending review is 'ongoing', he says, though he does add that some ministries were saving money for a rainy day.

But one thing is certain - the €200 million that Caruana wanted to trim from public spending has been achieved.

9.09am Send your questions to us via Facebook. The second half of the event will see Caruana answer questions from the audience and you, our readers.

9.05am Good morning and welcome to our live blog of this event. We're at the Theatre Next Door in Magħtab, where people are taking their seats and getting settled in. The event will begin shortly.