Speaking at the beginning of a pre-budget consultation meeting with the Malta Council for Economic and Social Development (MCESD), he assured employers and citizens that despite the international financial hardships, the Maltese economy continues to steadily grow stronger.

"Everybody is anxious about what this year's budget holds. The current economic challenges will likely be greater than during the pandemic," he began.

"But I want all of you to rest assured that the country is in a strong and stable financial situation and it is in a position to overcome the challenges. And I want you to be assured that we don't need to raise taxes."

Caruana said the country is able to withstand the financial challenges because the government has kept its debt to GDP ratio hovering around 60%, while the rest of the continent saw it climb to 100%.

He expects to keep the national debt at that level for the foreseeable future.

"I know there was a lot of talk about the country's finances running to the ground and about how much longer we have until we hit a brick wall. None of this is true. I just want to lay all those speculations to rest today," he said.

He insisted that other countries are now starting to realise that the sensible way to save the economy and help it grow stronger is by stimulating it with financial aid packages, as Malta has been doing since the beginning of the pandemic.

"Other governments are now beginning to wake up and change their ways," he said, adding that in a few months other countries will inevitably follow in Malta's footsteps.

He also confirmed that the cost-of-living adjustment, or COLA , will be between €9 and €10, as Times of Malta reported last month.

Caruana warned stakeholders that had the government not subdivided energy prices, this year's COLA would have shot up to €25 per week.

Business lobby groups have been pressuring the government rein in this year's COLA increase, arguing that it will put undue pressure on employers.

The Malta Chamber of Commerce, Enterprise and Industry has argued that workers who got a substantial wage increase should be exempt from the COLA top-up, while the Malta Employers Association on Tuesday called for COLA payments to be fixed between a minimum of €2.50 and a maximum of €6 a week. 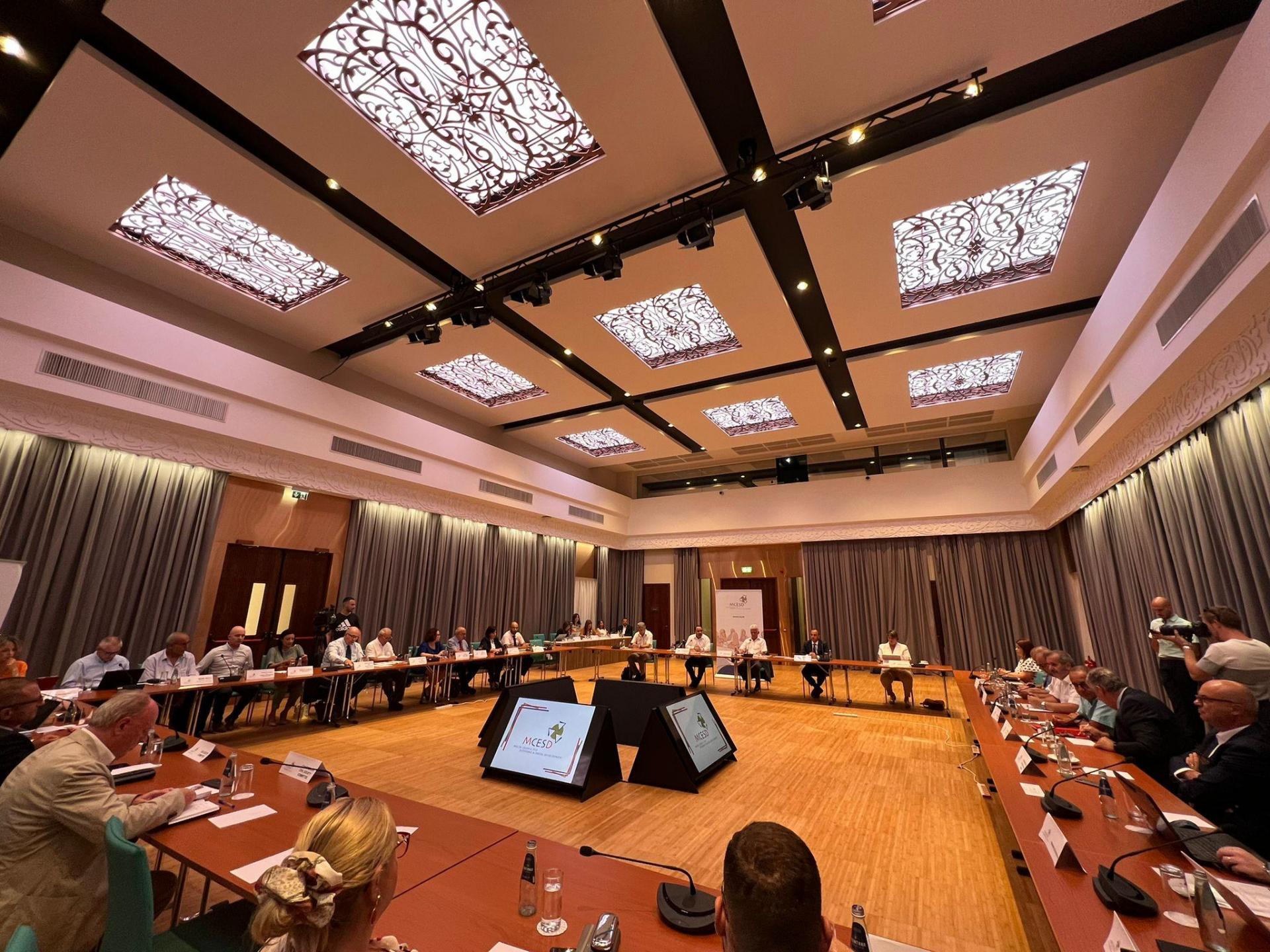 Caruana was speaking at the beginning of a pre-budget consultation meeting with the MCESD. PHOTO: Jonathan Borg.

While speaking to reporters earlier, Caruana was coy on whether the government's capital projects will be suspended for the time being.

He said that right now, other countries are not even sure whether they will have a sufficient supply of gas this winter, so Malta must firstly ensure that it does not disrupt its economic rhythm.

"The government must maintain control over its finances and I will see to that," he said.

"Meanwhile, we will make sure that capital projects financed by the EU and by the Recovery and Resilience fund continue."

Replying to questions on government cost-cutting, he said the government will not be spending less. Rather, it will be exploring ways to spend the same amount of money in the most sensible way possible.

However, he would not say whether government departments are overstaffed with more workers than they need, insisting that nobody will be sacked.

"The government has never sacked its people in history, and it will not start now," he said.

"We must ensure that the money we're investing is spent in the wisest way possible."