The Miami-based Association of Certified Anti-Money Laundering Specialists has postponed a corporate event in Malta because of security concerns.

Known as the ACAMS Malta Chapter, the event was set to take place at the Hilton on Thursday.

Coincidentally the venue is owned by the Tumas Group, whose former CEO, Yorgen Fenech is now facing charges of complicity in Daphne Caruana Galizia's murder.

The Malta Chapter was expected to attract dozens of delegates.

Some of them, who spoke on condition of anonymity said they were notified in writing by the organisers that the event had been postponed “due to the ongoing unrest in Malta”.

Contacted by the Times of Malta an ACAMS representative in London confirmed the decision saying it was taken in the wake of “the protests in the capital”.

“The safety of our participants, speakers, employees, and wider ACAMS community is our utmost priority,” its notification read. 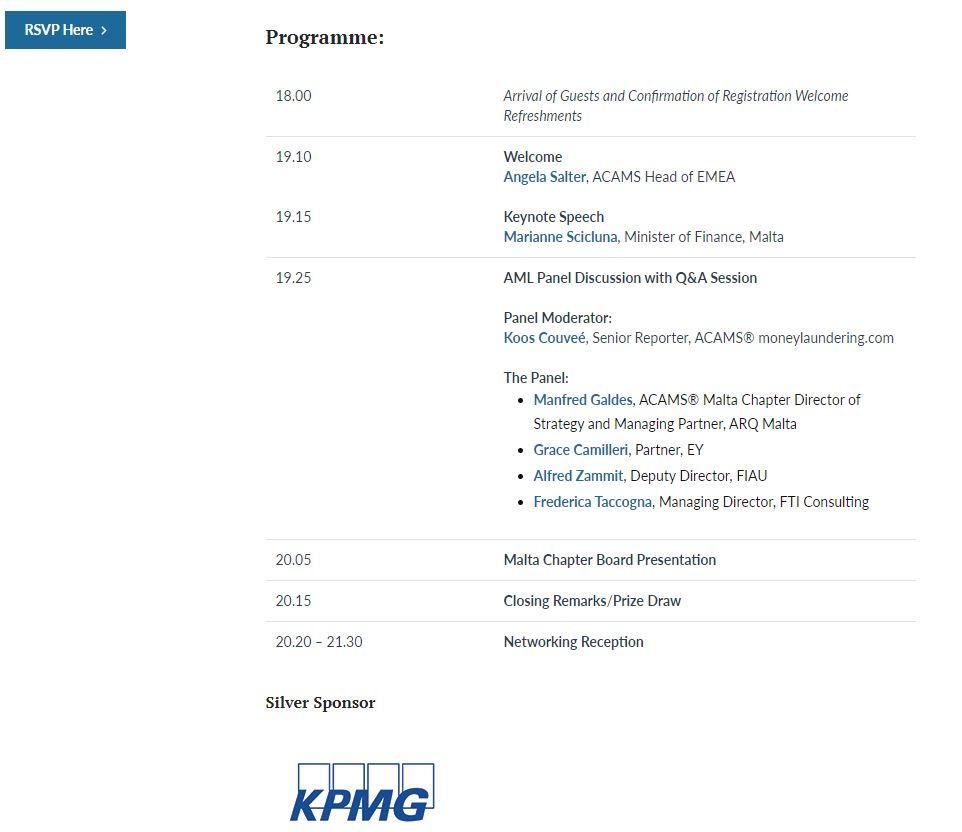 The event's programme which was postponed due to security concerns.

The former director of the Malta government’s anti-money laundering agency (FIAU) Manfred Galdes, and the deputy director Alfred Zammit were to have been among the members of the panel.

The Chapters aim to foster professional relationships and provide local forums for discussion around region-specific issues.

The organisation boasts of being the largest international membership organization dedicated to enhancing the knowledge and expertise of financial crime detection and prevention professionals, from a wide range of industries, in both the public and private sectors.