A man who used a fake Facebook profile to threaten Repubblika president Robert Aquilina and testified that his comment had been “misunderstood” has been fined €3000 and bound under a protection order.

Aquilina filed a police report about the matter on March 23, when a profile named ‘Mario Borg’ reacted to one of Aquilina’s Facebook posts with a comment written in Maltese.

“You’re making up all sorts of things to get the PN reelected. We’re quiet, until you make us angry… you’ve already annoyed me in Valletta and let me tell you, start being afraid when you’re alone in Valletta,” the user wrote.

The investigating officer turned to the Cybercrime Unit for assistance to trace the person behind that post. 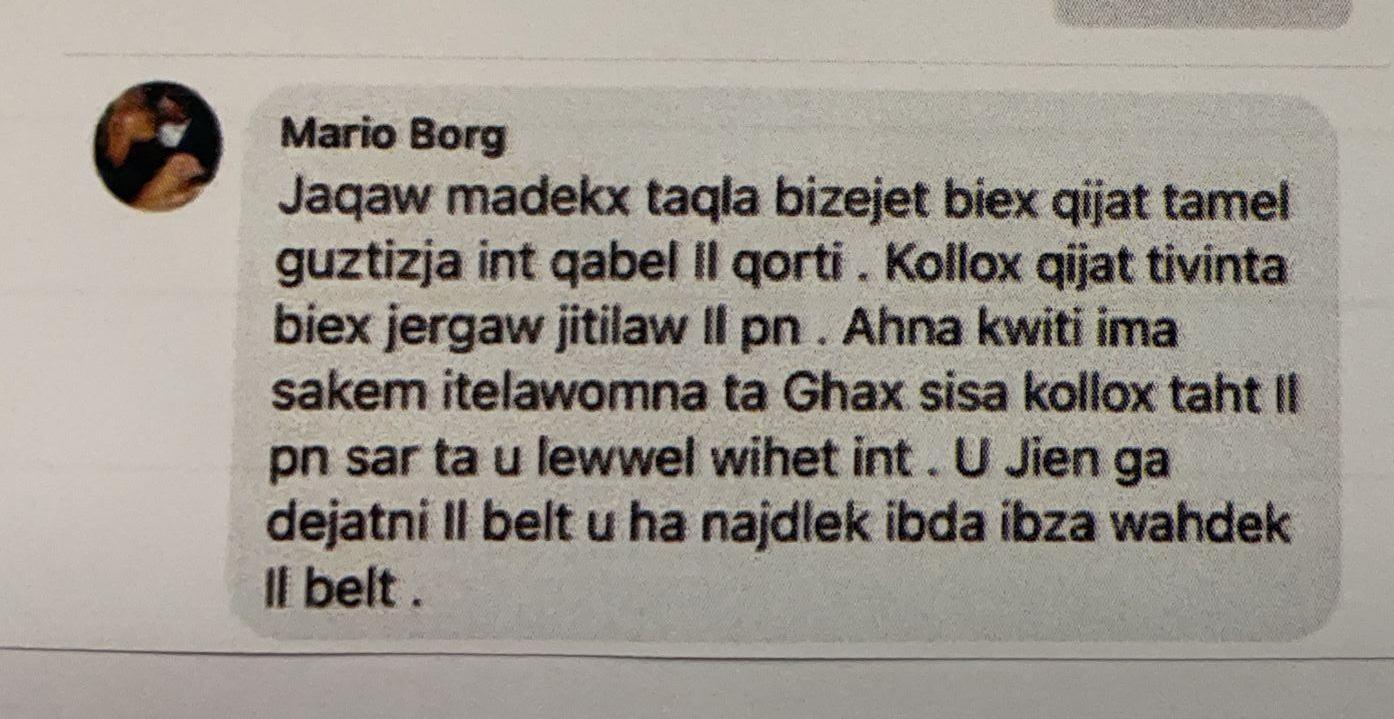 Cybercrime officer Ryan Mugliette testified today that an ‘urgent’ request for information was sent to Facebook. Facebook provided police with the information requested on March 25.

A “whois” search returned an IP address that was linked to a Melita internet connection and a mobile number, self-verified by the user.

Using that information, police tracked down Joseph Camenzuli as the person behind the comment.

Aquilina testified in court on Monday explaining that “unfortunately such threats had become very frequent in these past months,” so much so as to warrant police protection in his regard.

Confronted by defence lawyer David Gatt about the political nature of the comment, Aquilina replied that, “it was the last part of the message that presented a clear threat.”

Camenzuli, who is from Mosta, also testified.

He said that he bore no grudge against Aquilina and that the comment had to be seen in its context.

“I made a small comment which he interpreted as a threat. And it was not so. My shop is near parliament and all of us shop owners were angry about those protests. We saw them hit police.”

That last remark prompted a rebuttal by Aquilina who stood few steps away from the witness.

“The post was only about those protests. I apologise once again. My message was misunderstood. I would never do anything against this man. I would never lift a finger.”Asked by presiding magistrate to confirm the post, he did.

Therese Comodini Cachia, assisting Aquilina, said that some of his statements were worrying and that the post was no friendly warning, as the accused was implying.

Camenzuli’s lawyer David Gatt said that his client’s shop on Ordnance Street had spent days without customers due to protests [that Aquilina helped organise] and other shop owners had also complained about them.

“People have a right to protest but also to work,” he said, arguing that his client’s message could be construed as fair comment.

Camenzuli had chosen to testify and also expressed his dismay, Gatt argued.

On the basis of all evidence put forward, the court found Camenzuli guilty of misusing electronic equipment and threatening the victim and condemned him to pay a €3000 fine.

The court also bound Camenzuli under a personal guarantee of €2000 valid for one year and also issued a three-year Protection Order in favour of the victim.