Fireworks debris was amongst the floating rubbish collected by kayakers on Wednesday morning as they paddled past a barge used to let off fireworks for the feast of Our Lady of Victories celebrated throughout the week in Senglea.

Kayaker and photographer Arthrur Quintano picked up two garbage bags of polystyrene, plastic, wood and cardboard from the display.

“We like the fireworks and enjoyed watching them on Tuesday night," he said. But they should really clean up after each display.”

Arthur founded Get Out and Kayak Malta with his girlfriend and kayak partner Daniela Bonavia. The couple often participate in garbage collection initiatives joining the NGO Zibel to clear floating rubbish from the sea. 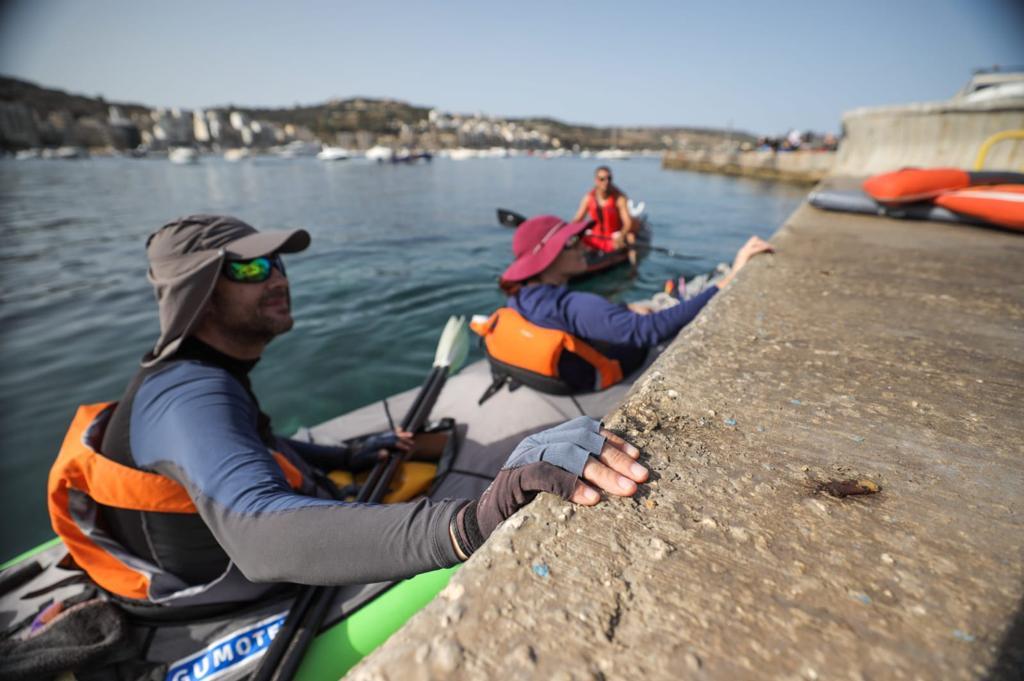 Arthur Quintano in his kayak with his girlfriend Daniela Bonavia during a clean-up.

On Wednesday afternoon, at about 3pm, the couple went kayaking.  They left from the Valletta fisheries area and headed towards Fort St Angelo and on towards Fort Rinella. When they arrived close to the barge, from where the fireworks were set off during the Sengea feast marked on Wednesday, they noticed a lot of debris in the water.

“There was lots of burnt wood and paper, jablo, and what looks like plastic caps of spray cans," said Arthur adding: “Unfortunatly we are constantly picking up rubbish from the sea. Us kayakers always carry garbage bags with us and we collect rubbish no matter where we go be it Malta, Gozo or Comino. It's mostly plastic bottles and caps and fishing lines and nets," he said.

The litter from fireworks that kayakers found in the sea. Video: Arthur Quintano

In response, a spokesperson from the Group Tan Nar-Marija Bambina, that organises the fireworks for the feast, said that over the past few days they were very busy with fireworks shows which took place every night between Saturday and Wednesday - the actual feast.

He said that clearing up usually took place at the end of the feast.

They were planning on clearing up on Thursday afternoon, he said, adding that it was too dark to clear at night after the displays.