Two eminent Dutch archaeologists are planning a major exhibition about Gozo as the cradle of Maltese civilisation going back nearly 8,000 years.

Veronica Veen is a cultural anthropologist, art historian and writer of eight books and Adrian Van der Blom is the former director of the Centre of Art History in Amsterdam, who has written 20 books.

Together, they have been doing archaeological and anthropological fieldwork in Gozo since the 1980s.

In 1991, they discovered evidence at Taċ-Ċawla that human culture started on Gozo in about 5,800BC, or 2,200 years before the famed Temple Period began.

They salvaged hundreds of potsherds, as well as bones and flint, from the trenches of an illegal development. They later described them in their book The First Maltese; Origin, Character and Symbolism of the Għar Dalam Culture. 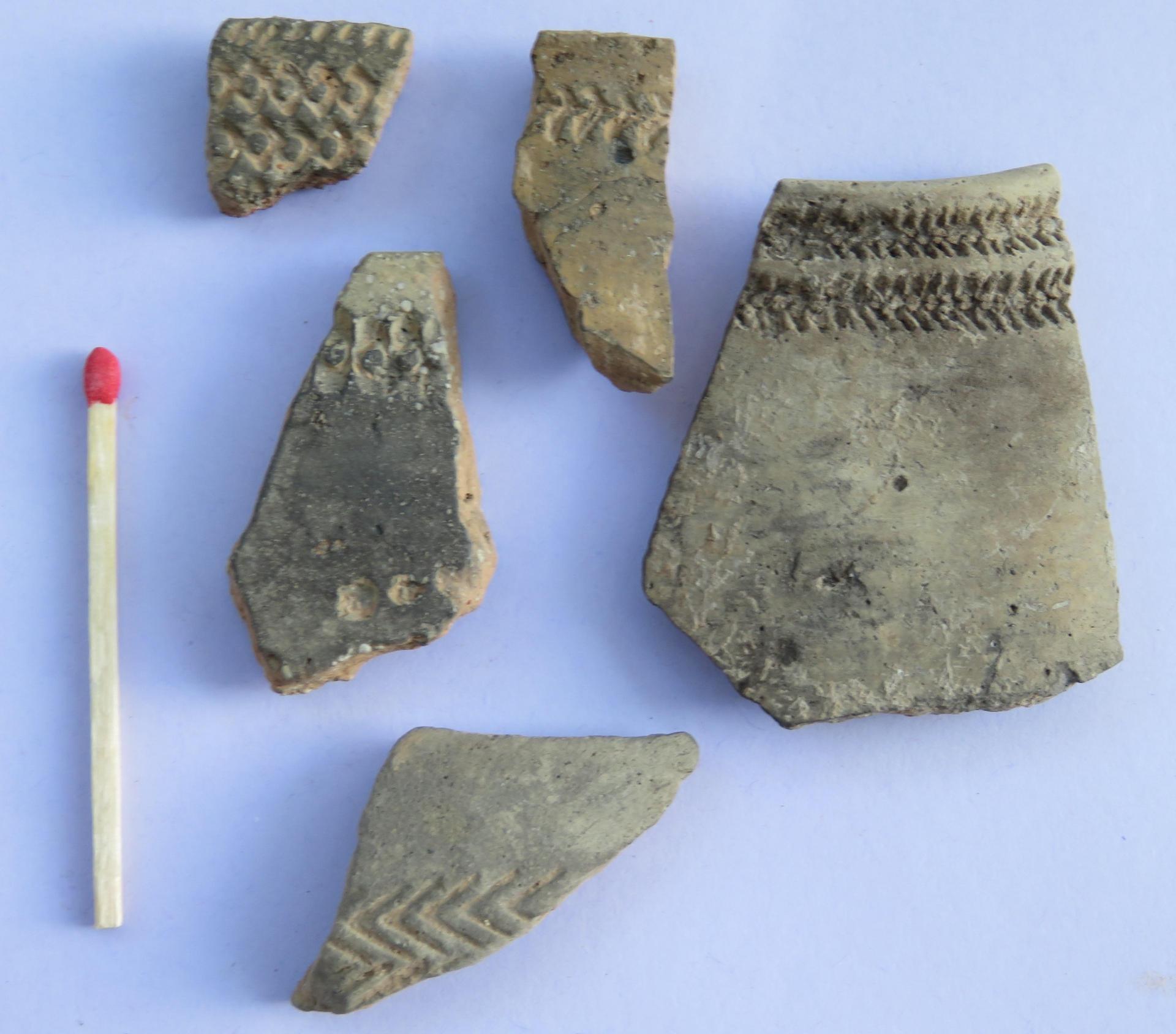 Five specimens of potsherds from Taċ-Cawla cropped up during illegal development in 1991. The lower one shows a typical impressed zigzag motif, the other four feature stamped rim motifs in the Stentinello style of Sicily.

Evidence of the first settlers in Gozo had been accumulating since 1904, with early Neolithic pottery fragments unearthed from temple floors in Xewkija by Fr Manwel Magri, a pioneer in Maltese archaeology.

Further important discoveries followed in 1911, 1953 and in the 1960s, when pottery unearthed from il-Mixta cave showed a strong resemblance to ware from Sicily that started to be made about 5,700BC.

Then, in 1991, Van der Blom, who had a fieldwork contract with the Museums Department, encountered dozens of fragments at Taċ-Ċawla that were extremely similar to those found at a domestic settlement at Piano Vento in the Palma di Montechiaro region in Sicily. The Sicily fragments were dated to around 6,200BC. 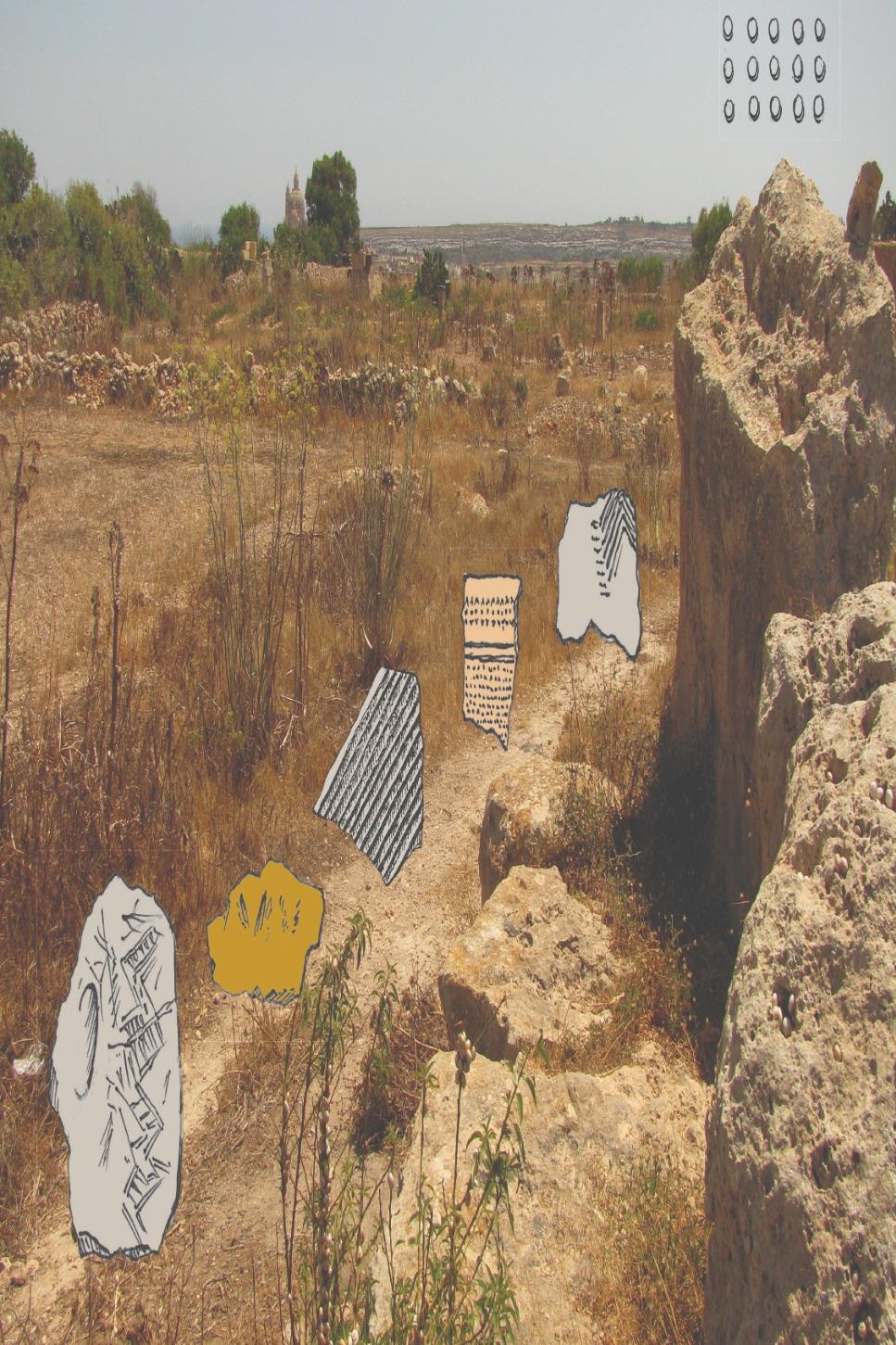 One of the panel designs for the exhibition, showing a view from Santa Verna temple on the Xagħra plateau in the direction of Ta’ Ċenċ and Xewkija, of which the huge dome can just be seen. Along with Taċ-Ċawla and Xewkija, the lower levels of Santa Verna

“It could easily be established that the emigration to Gozo, with its friendlier relief and greater fertility (and the most nearby of the Maltese archi­pelago) took place relatively soon afterwards, from precisely this region,” say the Dutch archaeologists.

“Of course, the contacts were being maintained after a part of the group left.

“This was corro­bo­rated by the striking similarity of the flint colours (yellow, orange, red) and volcanic and other inclusions in the fired clay of the pottery at both sites, Piano Vento and Taċ-Ċawla.”

The exhibition will provide insight into the pioneering role of Gozo during the first immigration wave in the sixth millennium BC by illustrating many representative pieces from Taċ-Ċawla and other Gozo sites.

Independently, Veen and Van der Blom will publish an update of The First Maltese with additional material and a renewed overall picture of the culture of the time. 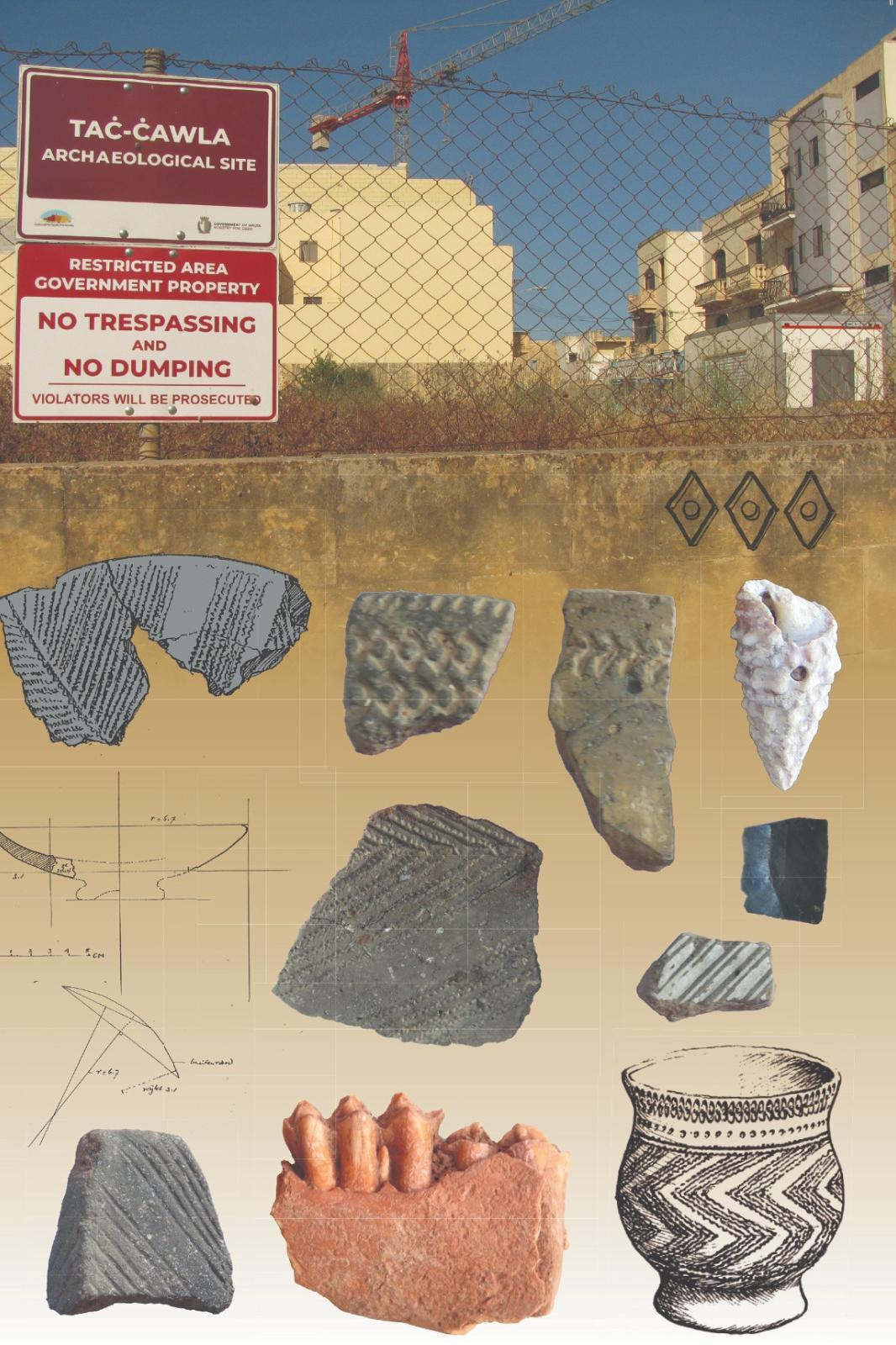 Taċ-Ċawla is surrounded by high walls and fences, protecting the excavated part, but other finds likely to be lying below the surface are still in serious danger of disturbance. Projected on the wall are the typical items to be found at an Għar Dalam phas

Their work on Gozo has been controversial. At the time of their discovery, illegal building was going on at Taċ-Ċawla, which meant they could expose only a small part of the archaeological site. The pair struggled, and eventually succeeded, in saving it from imminent destruction.

At one point, the Museums Department, which insisted there was nothing to be found on the site, instituted a court case against them but lost it.

Among Veen’s books are two prize-winning volumes on women’s life and the female storytelling tradition produced from her anthropological research on Gozo.

Van der Blom has also cooperated with Veen on numerous articles in the Maltese press and on a number of books.

With their combination of archaeological and cultural anthropological expertise and experience, the two scholars have developed a multidisciplinary research project on Maltese prehistory.

“Our aim is to reach further than mere classification. By means of new methods of field survey, interpreting the finds and symbolical analysis according to the newest theories, we are seeking relationships, contexts, causes, symbolical meanings, social and religious backgrounds.”

They came from Sicily

“They came from that vast, mountainous island that we now call Sicily. For ages, they had observed that distant, mysterious but promising coastline of a hilly landscape with gentle slopes.

“It was nearly 8,000 years ago that they, after some exploratory trips, decided to make the jump to a new homeland, that we now call Gozo.

“Here, a friendly, inviting landscape awaited them with new possibilities to continue their recently developed agricultural existence. However, they kept contact with their former motherland.

“On their vessels they brought with them the full ‘neolithic package’ with a diversity of early cereals, lentils and beans, along with their domesticated animals, like goats and sheep, cattle and even pigs, and, furthermore, of course, their knowledge, experience and the tools to set up a complete neolithic way of life, with its whole mindset and symbolism attached.

“And, as far as we know now, they began their immigration adventure at the place we call Taċ-Ċawla, near what is now named Victoria.

“Clarifying all this will be the endeavour of the exhibition.”

The exhibition is planned for Victoria between May and October.