Malta experienced its first rainfall in months on Saturday morning, with grey skies darkening summer weather forecasts and offering a first glimpse of the gradual shift to autumn.

Msida, Valletta and Selmun were hit with the heaviest downpours as of noon, the Malta International Airport meteorological office said.

The Met Office recorded 10.2mm of rainfall in Msida, followed by 9mm in Valletta and 8mm in Selmun.

Over in Gozo, rainfall reached 2.6mm in Xagħra and 2mm in Xewkija.

Wet weather was however short-lived, with the sun quickly drying up drenched streets as the storm moved east off Malta’s coast. 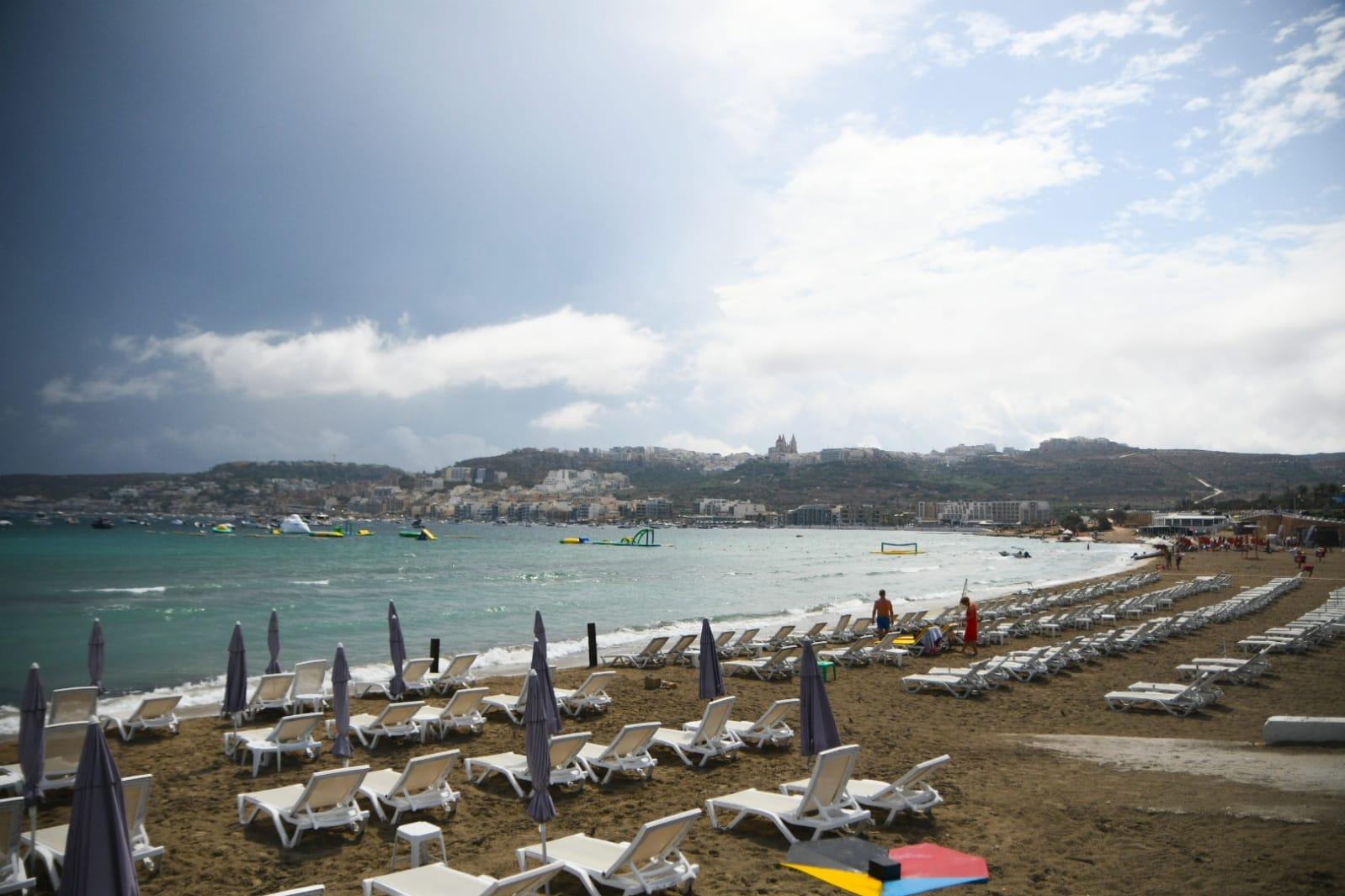 Sunbed operators at Għadira Bay did not have much to do on Saturday morning. Photo: Jonathan Borg

Saturday’s rainfall is likely to be a prelude to a wet week: a Met Office spokesperson told Times of Malta that there may be further isolated showers on Sunday morning and night, with further showers expected on every day through till Wednesday.

Temperatures will also moderate, with highs dipping to below the 30°C mark starting from Tuesday, according to the MIA forecast.